While the COVID-19 pandemic is definitely not over, conditions have become manageable enough in many parts of the world to allow airlines to resume more of their usual flight routes. During the lockdowns, these companies have been devising ways to make flying first-class even more luxurious. Here’s what some of the top airlines are offering to their premium customers today: 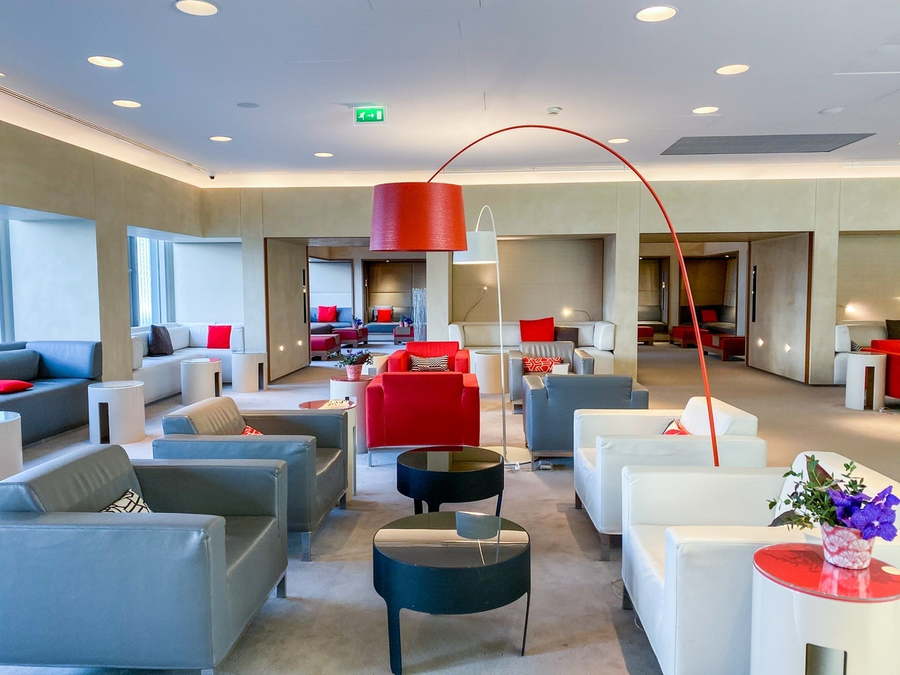 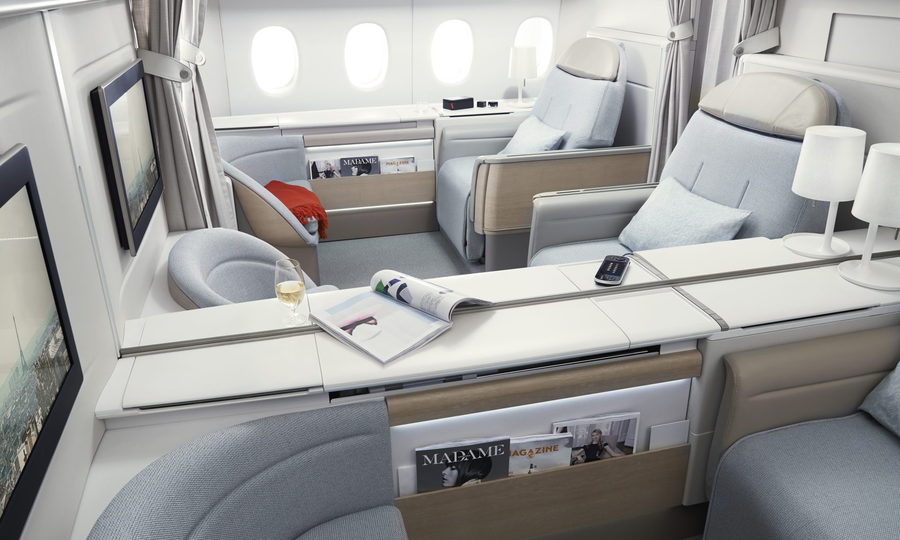 The Paris-based airline recently renovated its La Première lounge at the Charles de Gaulle Airport to give first-class passengers their own separate check-in area. On board, a policy update now gives single guests the freedom to book all four suites in the La Première section for maximum privacy and room. The first-class showers have also been updated, and the in-flight meals on routes departing from CDG are getting the celebrity treatment from now until October, with three-time Michelin star chef Arnaud Donckele preparing them all. Air France aircraft with La Première sections are currently flying from Paris to Los Angeles, Miami, New York, San Francisco, and Washington D.C. 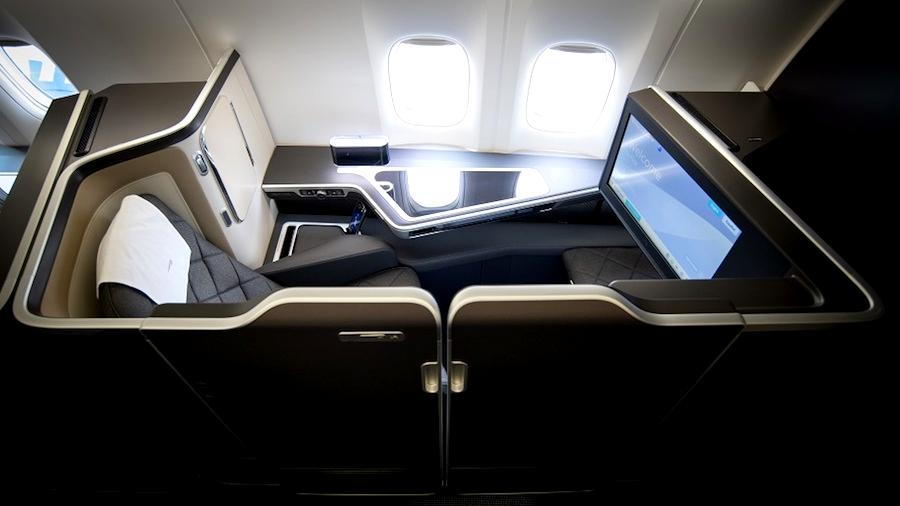 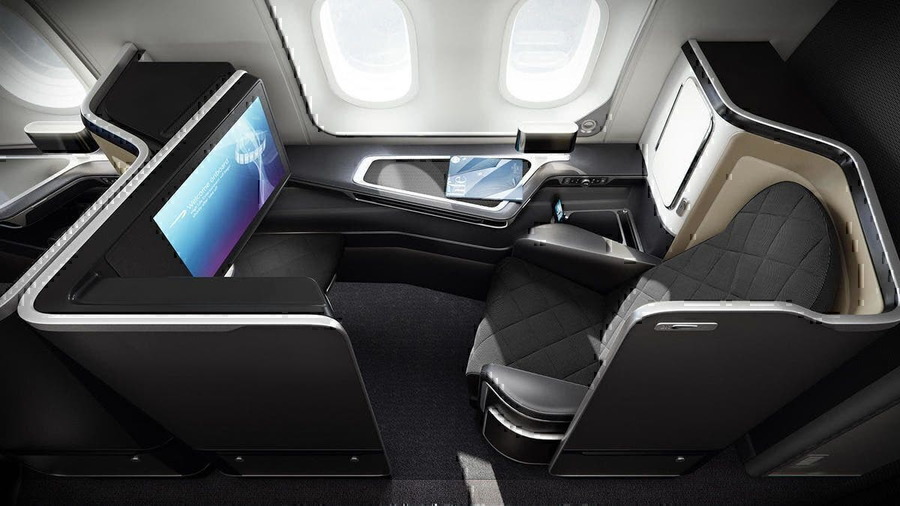 The company, headquartered in London, recently installed more socially distanced pods in the first-class area of its Boeing 777-300ER jets. Each roomy seat now features a sliding door that can provide greater privacy and germ-protection. The upgraded seats also got updated infotainment screens and longer padded cushions and beds. 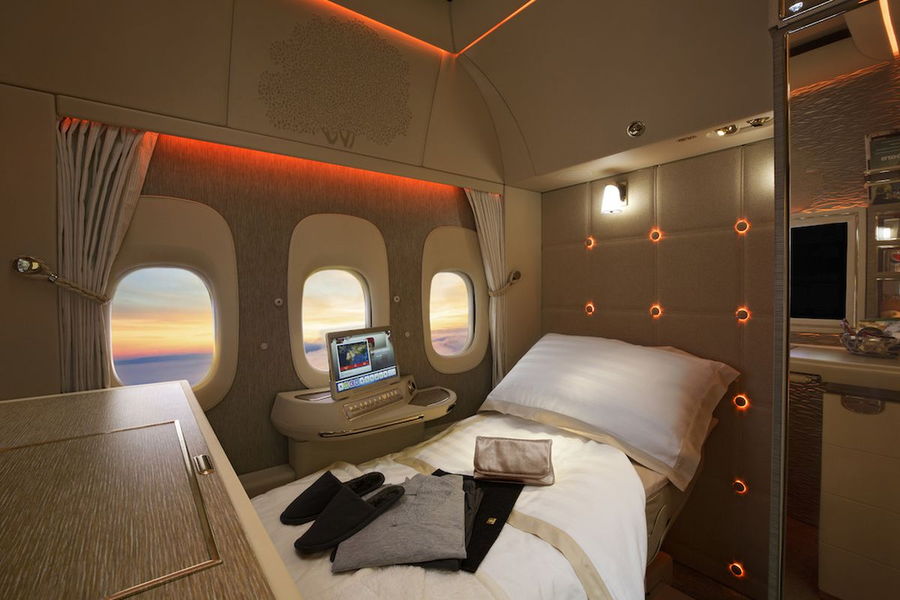 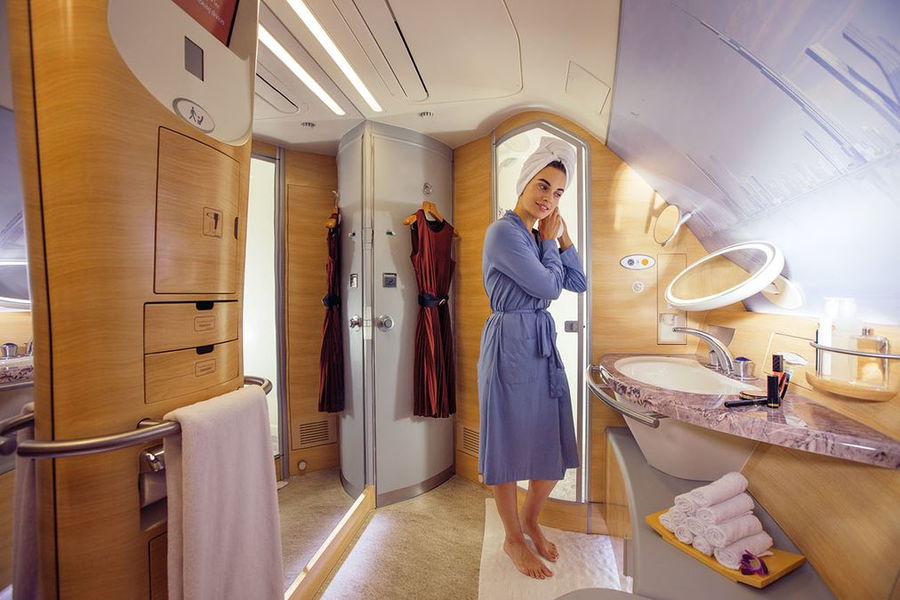 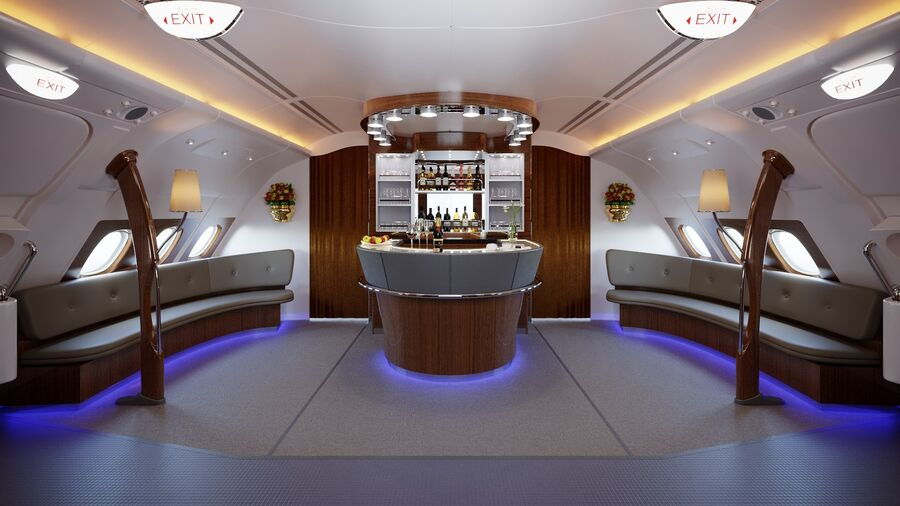 For those missing the flying experience but still squeamish about sharing germs in an enclosed space, Dubai-based Emirates is offering a virtual reality tour of its first-class section. Using the Oculus VR app, grounded flyers can “walk” around the spacious seats and head down to the Onboard Lounge. Future versions are expected to allow customers to explore destinations, select a cabin, and even book their flight within the VR app.

For those who are ready to take to the skies, the Emirates A380 planes still offer a true extravagance at 35,000 feet, complete with two “shower spas” (a full shower/powder room with heated floors) in each first-class area. 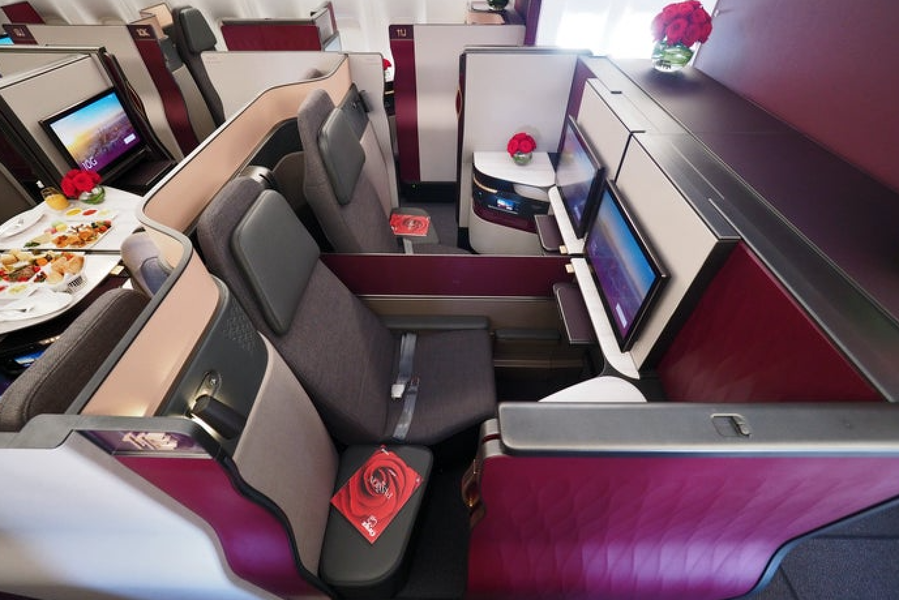 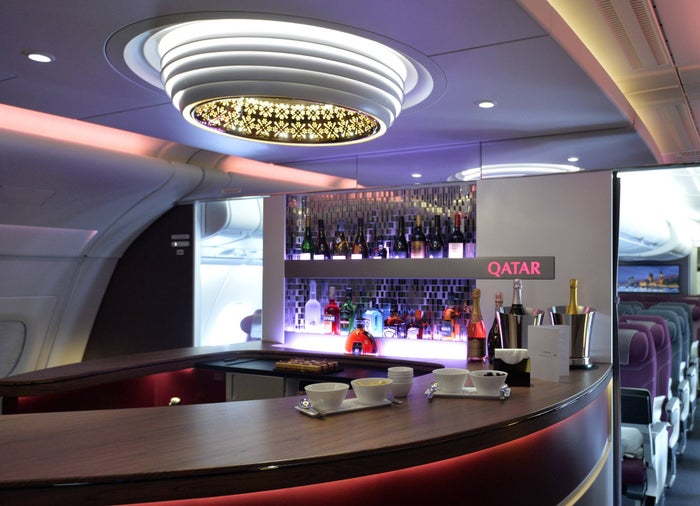 Qatar recently announced that it will be bringing its double-decker Airbus 380 back as of November 2021 in anticipation of pent-up demand for holiday travel. The mammoth aircraft is the only jet in the company’s fleet that offers both first and business-class seating. It also features a walk-up bar for premium customers. 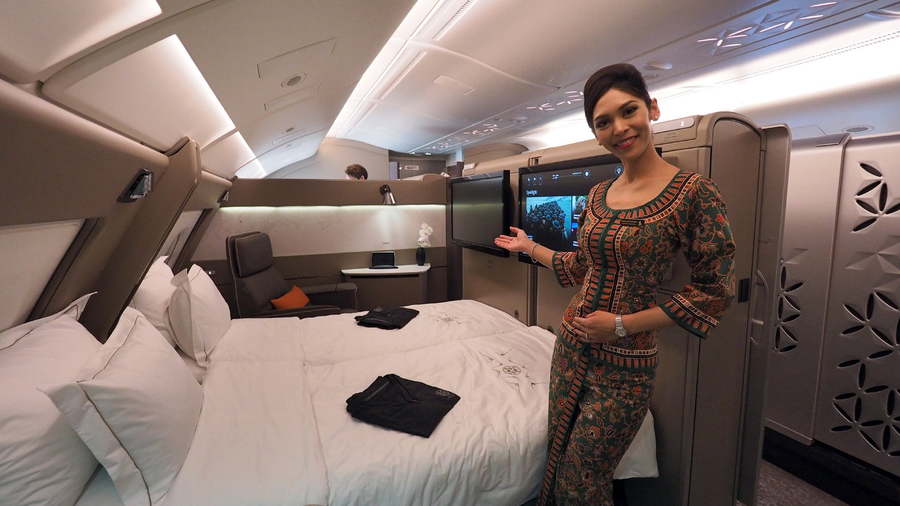 After having restored the Los Angeles to Tokyo route earlier this year, Singapore Airlines just announced the addition of its New York to Frankfurt flight path, welcome news to those looking to enjoy transatlantic travel in their own mini-hotel room. The company’s posh first-class suites include ultra-long 6-foot 10-inch beds, with two flatscreens and a small chair and desk on the side. The suite can be full enclosed when the door slides shut. 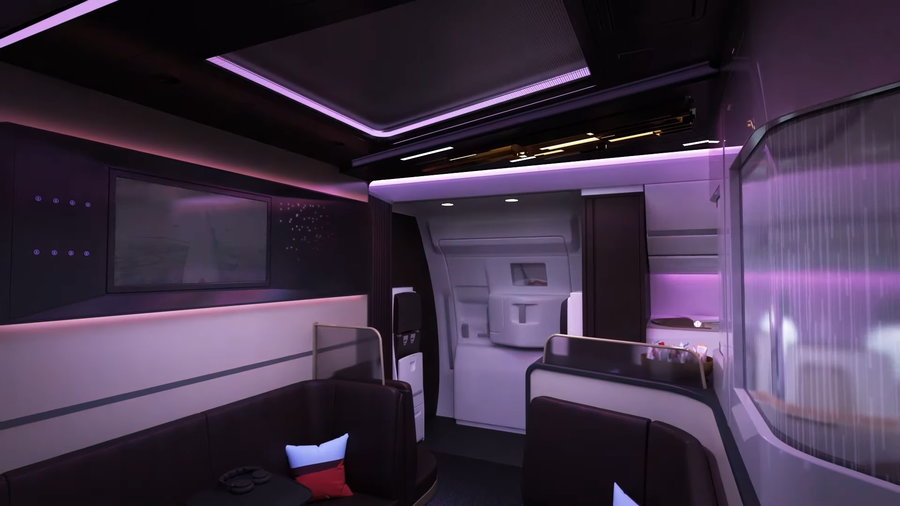 The first-class unit on Virgin’s soon-to-be-released “leisure fleet” of Airbus 350-1000 planes will include a new social space called “The Booth,” an intimate lounge-style seating for two with a small single leaf table in the middle. The London-based company’s traditional A350 airliners already include a larger lounge facility named “The Loft,” which itself boasts several booths and a large screen for entertainment.

Now that so many first-class routes are back in action, the only question for those ready to fly in style is “where to?”