Arizona recently became the first state to authorize the use of driver’s licenses and state IDs in the Apple Wallet. Residents can now upload their identification cards to their phones, streamlining their airport visits and other security checks. 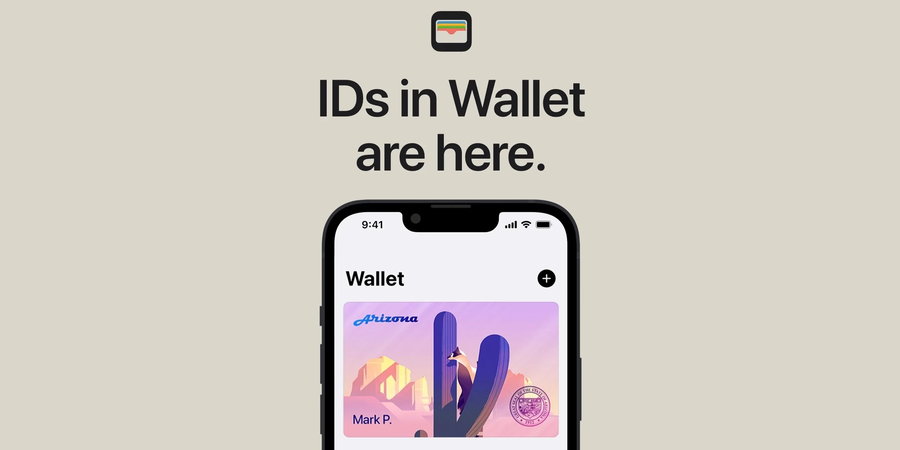 “Arizona is at the leading edge of states making mobile IDs available to the public, and we are pleased to work with Apple and give Arizonans the choice, convenience, and security of adding their driver’s license to their Apple Wallet,” says Eric Jorgensen, director of the Arizona Department of Transportation Motor Vehicle Division. “Beyond being innovative and exciting, a digital version of a driver’s license offers increased security and privacy for our residents, making it something everyone should consider.” 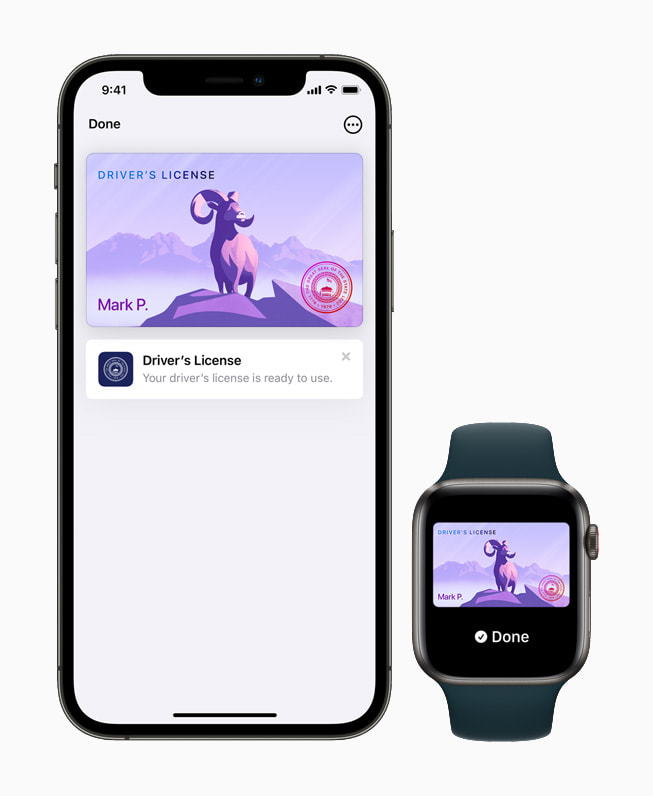 “We’re thrilled to bring the first driver’s license and state ID in Wallet to Arizona today, and provide Arizonans with an easy, secure, and private way to present their ID when traveling, through just a tap of their iPhone or Apple Watch,” adds Jennifer Bailey, Apple’s Vice President of Apple Pay and Apple Wallet in a statement. “We look forward to working with many more states and the TSA to bring IDs in Wallet to users across the US.” 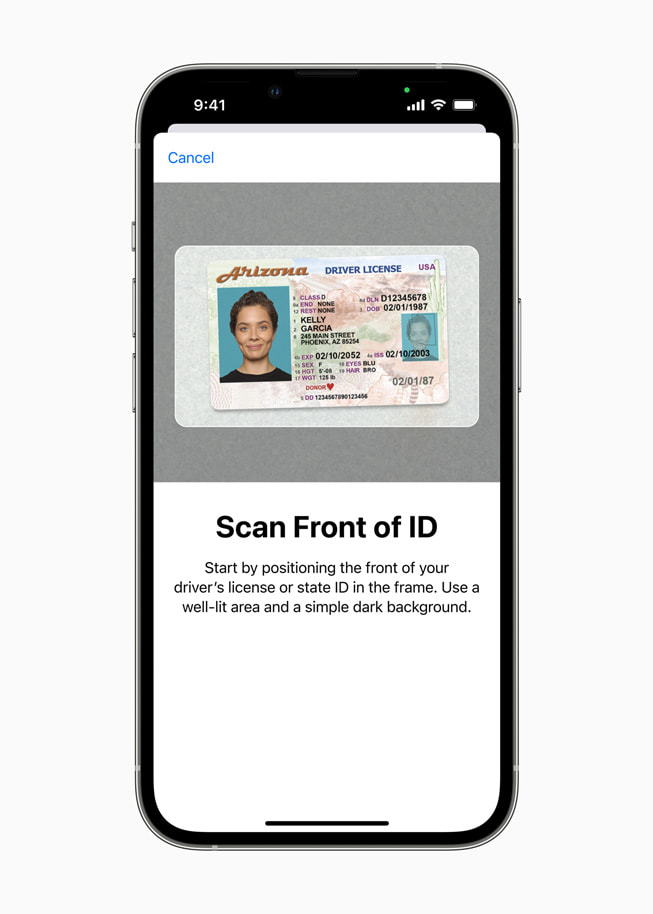 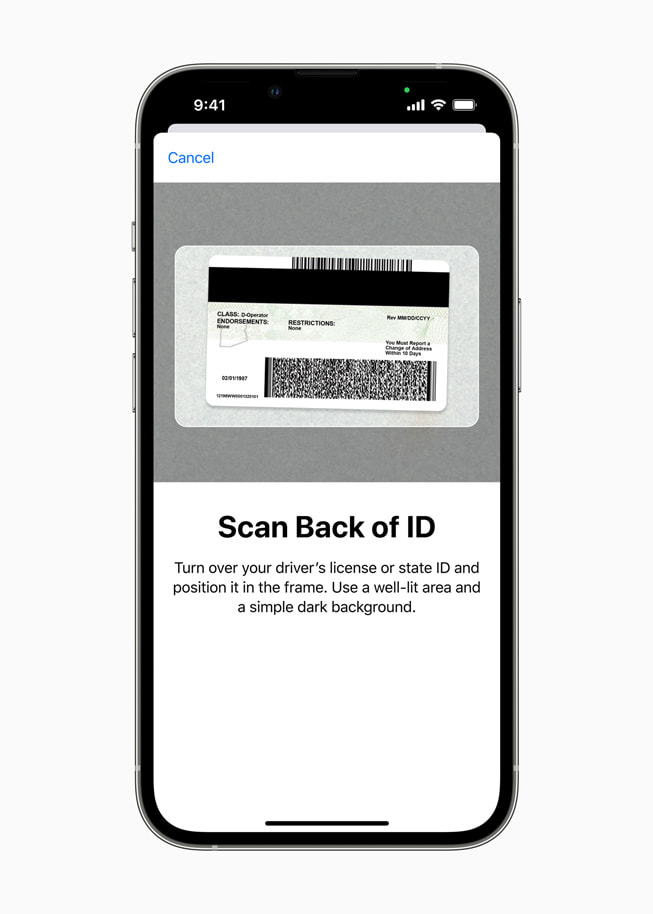 To utilize this secure and time-saving feature, Apple users simply open the Wallet on their iPhone and tap the + button at the top of the screen. Then they select “Driver’s License or State ID” and follow the easy on-screen instructions. This involves uploading the front and back of the driver’s license or state ID card, which is then sent securely to the state. The user will also be prompted to take a selfie so the state can verify that the person adding the card is the same one on the ID. One extra step for fraud prevention requires users to make a series of facial and head movements for authentication. It is the responsibility of the authorizing state to verify and approve all digital IDs in Wallet. 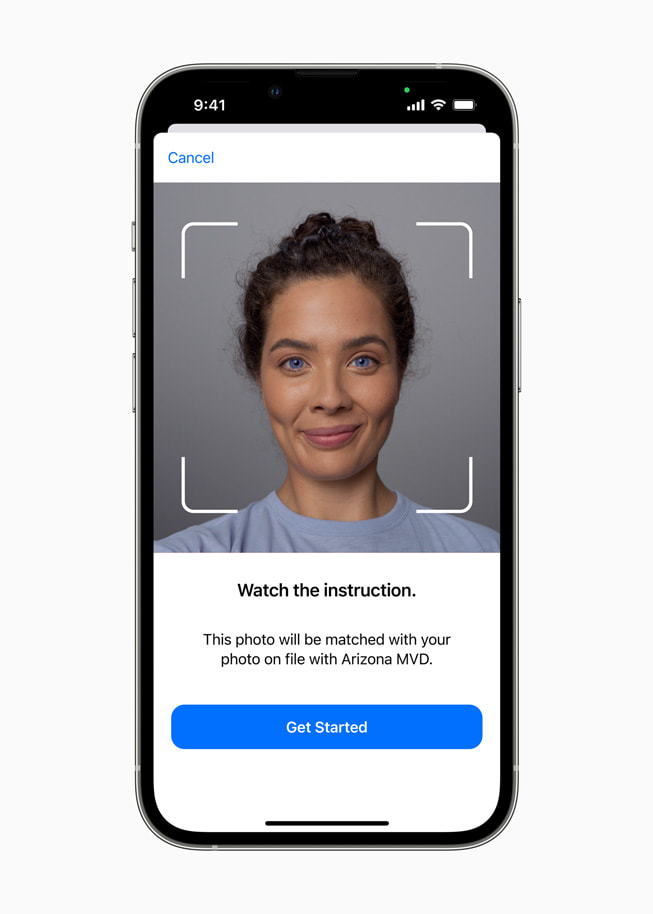 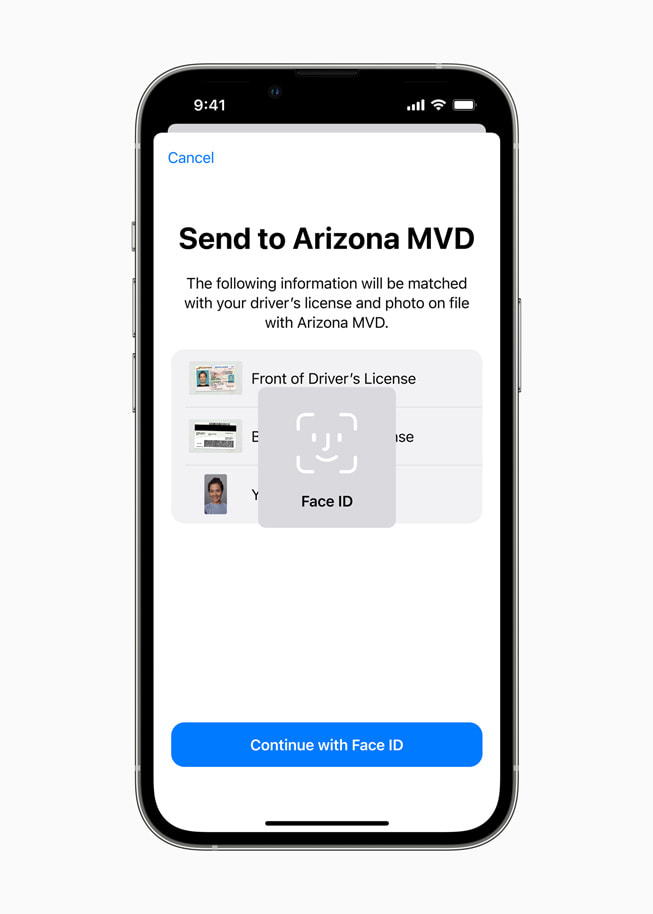 Going digital with Apple Wallet provides greater privacy and protection, as it uses biometric verification using Face ID or Touch ID, ensuring that only the person who added the card to the device can view or present it. When going through airport security, these users can digitally send their ID information through encrypted communication to the identity reader, without having to unlock or even show their device. 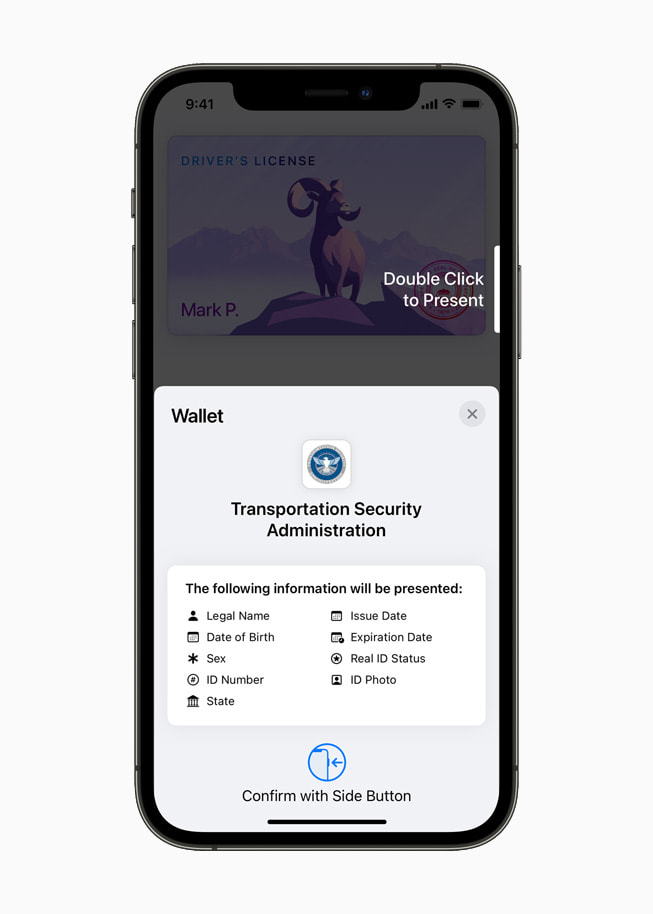 The Travel Security Administration applauds the beginning of the digital ID shift. “This new and innovative mobile driver’s license and state ID initiative with Apple and states around the country will enable a more seamless airport security screening experience for travelers,” says David Pekoske, TSA Administrator. “This initiative marks a major milestone by TSA to provide an additional level of convenience for the traveler by enabling more opportunities for touchless TSA airport security screening.”

As announced last September, other states in the first roll-out phase will be Connecticut, Georgia, Iowa, Kentucky, Maryland, Oklahoma, and Utah. Colorado, Hawaii, Mississippi, Ohio, and the territory of Puerto Rico are also set to approve this feature in the near future, as well. 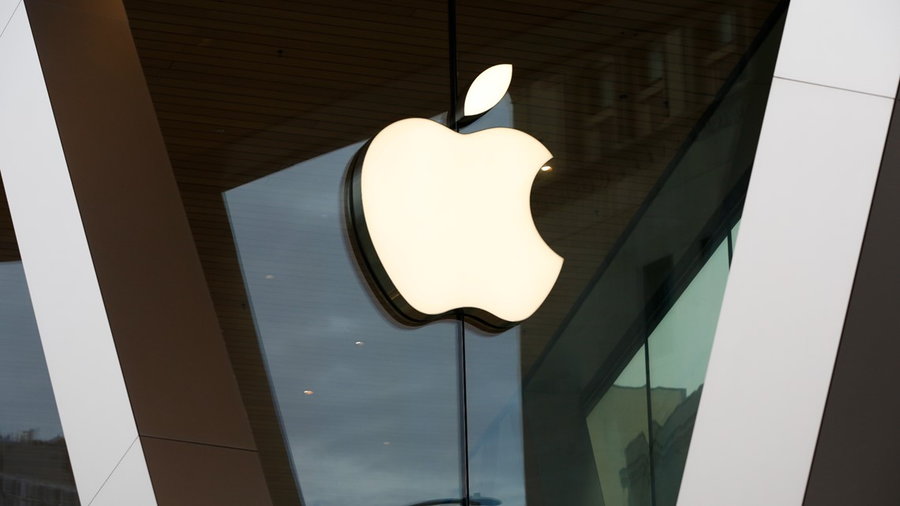 The driver’s license and state ID in Wallet feature is currently available for iPhone 8 models or later running iOS 15.4, and Apple Watch Series 4 or later running watchOS 8.4 or newer. Not all airports allow digital IDs at their TSA checkpoints. Apple advises travelers to confirm program availability before flying.