There’s a lot of new things you can do in 2019. You can instruct your tupperware to inform you when your edible goods are about to expire. You can send a text to your smart cooker to start simmering your veggies while you pack up at the office. You can even alter the temperature of your home while you’re out for a brisk walk in the countryside, all via an app. Thanks to Nike, you can now use your smartphone to tie your shoes, too. 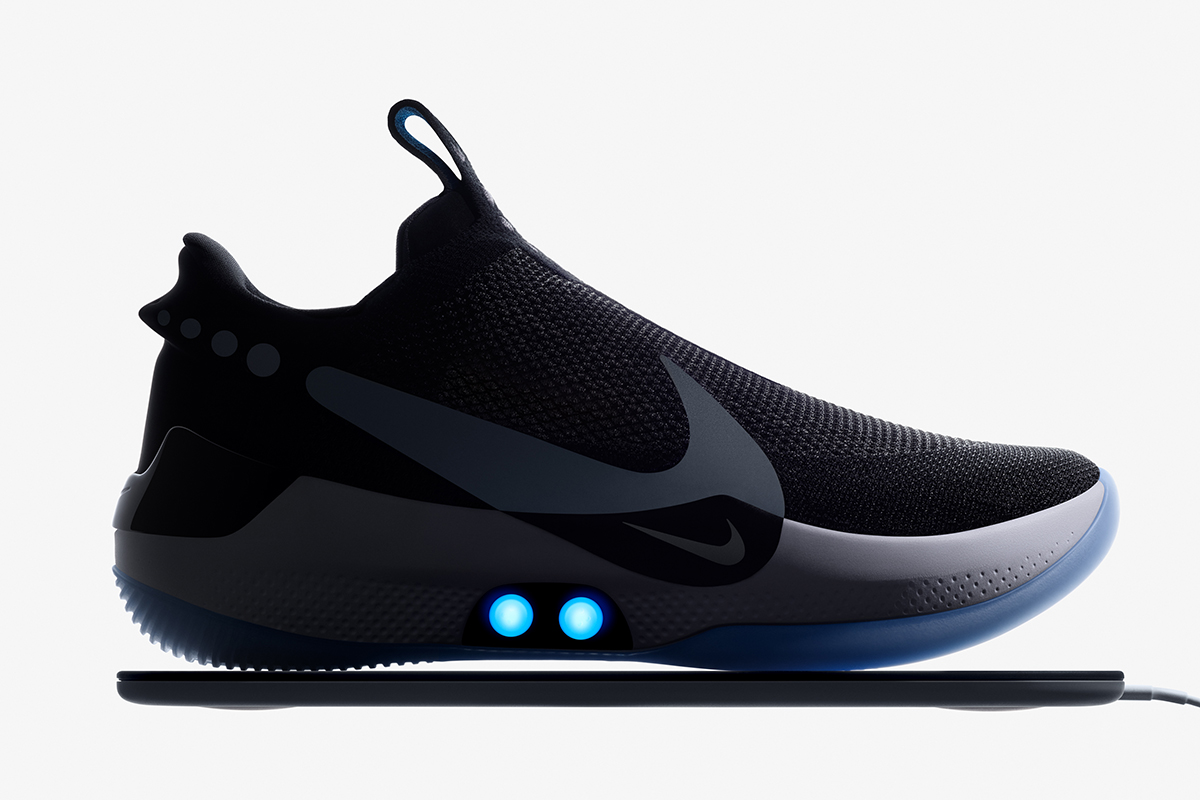 The sports apparel giant’s new “Adapt BB” sneakers have been fitted with “power laces,” which themselves can be tightened or loosened with either the press of a button located on the shoes or an accompanying mobile app. Specifically designed for basketball players, each player’s favorite settings can be logged and saved for future use so they can freely alternate the fit and feel of their shoes based on what they’re doing. For example, a player may wish to have their shoes tightly fastened during a game but favor a looser fit when relaxing on the bench. 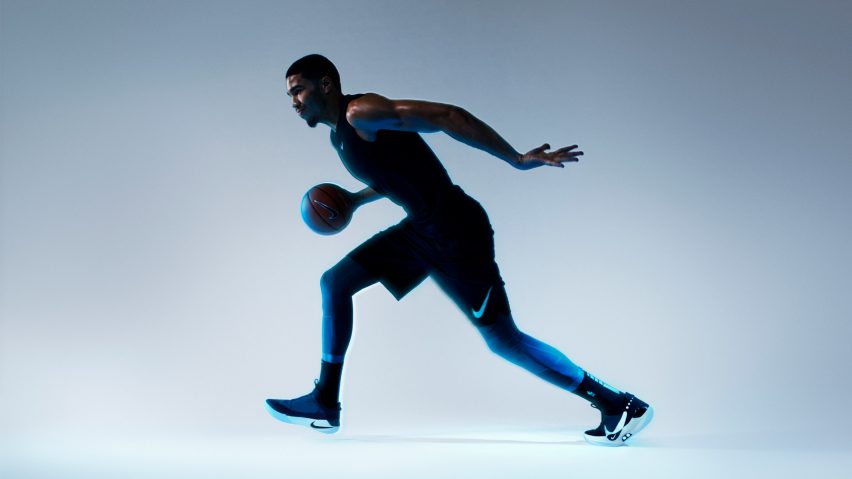 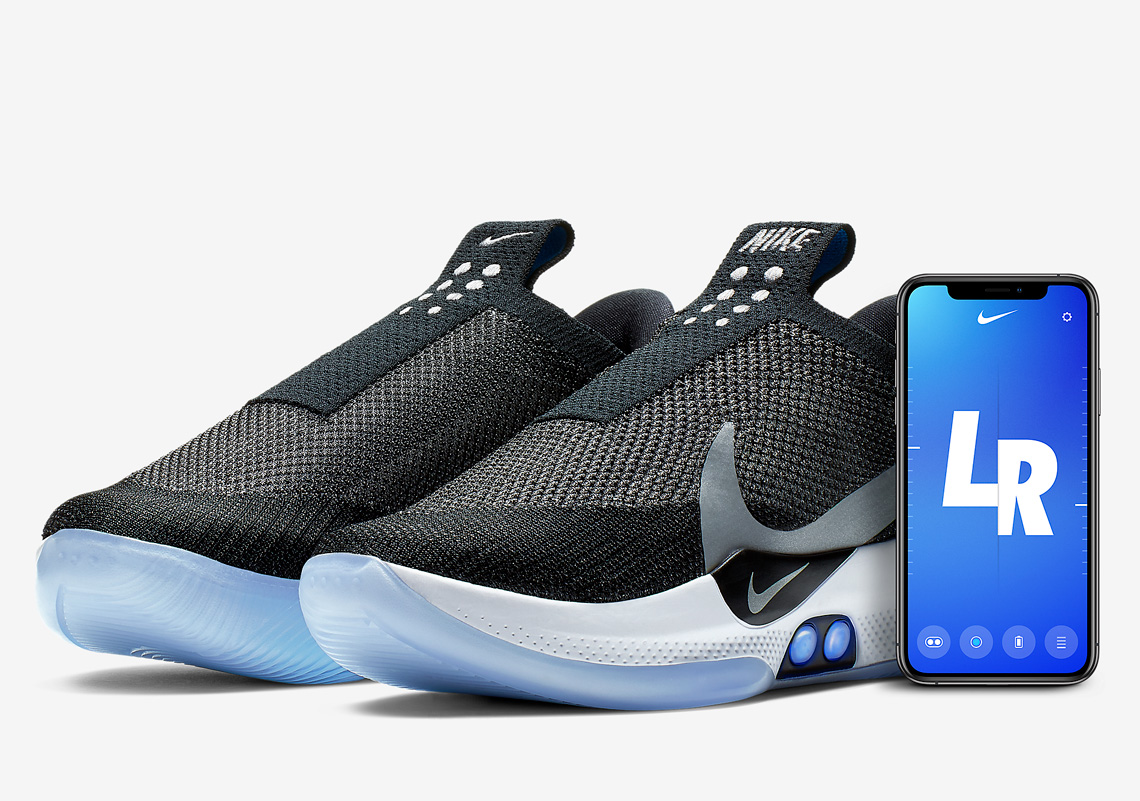 The futuristic shoes are strong yet flexible, providing a consistent fit with a lock-in feel in order to minimize discomfort and distraction during those moments when your head should be in the game. Developed and designed using feedback from top NBA athletes, each feature has been meticulously worked in to enhance every player’s performance, from the concentric circles on the outsole to the molded heel, Cushlon midsole, and easy-entry pull tab. Other key design features include a padded tongue and flexible collar for even easier entry, an external heel counter to keep your feet firm and steadily locked in, soft and responsive cushioning, a Flyknit shroud for added breathability and flexibility, and of course, the laces themselves. 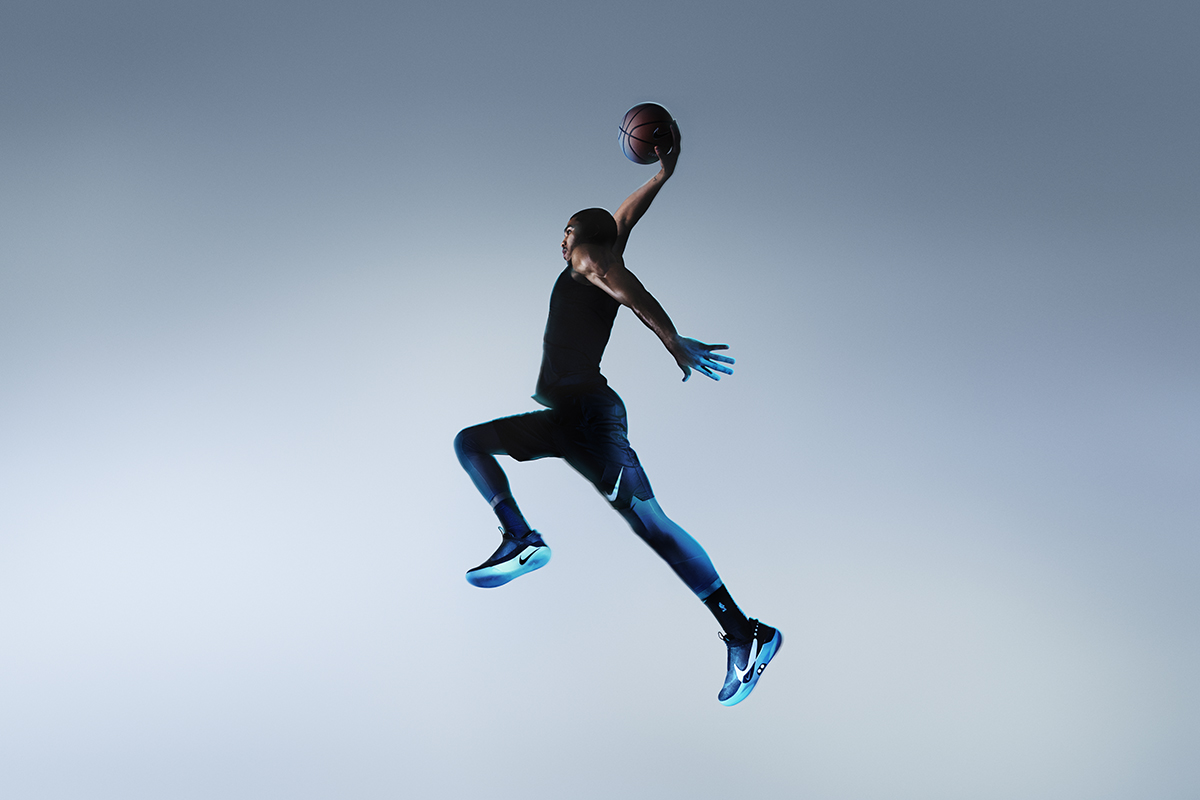 Each pair of Adapt BB sneakers comes with a charging mat that powers it up before being used, with lights along the sides of the shoes indicating their battery level. If your sneakers run out of battery while you’re wearing them, there’s no need to panic — they will still unlace just as easily as any standard pair. The company has plans to release updates for the app as the shoes start to gain popularity, but there’s already enough functionality in this first iteration to make sure that everyone is able to enjoy their own custom footwear.

Adapt BB is far from Nike’s first piece of technological apparel. Back in 2016, the world-famous retailer released a limited edition pair of MAGs that mimicked the ones Marty McFly sported in the 1989 film Back to the Future Part II, and those also self-laced and lit up. Upon the announcement of their release, it seemed like every movie buff’s biggest fantasy had just come true. 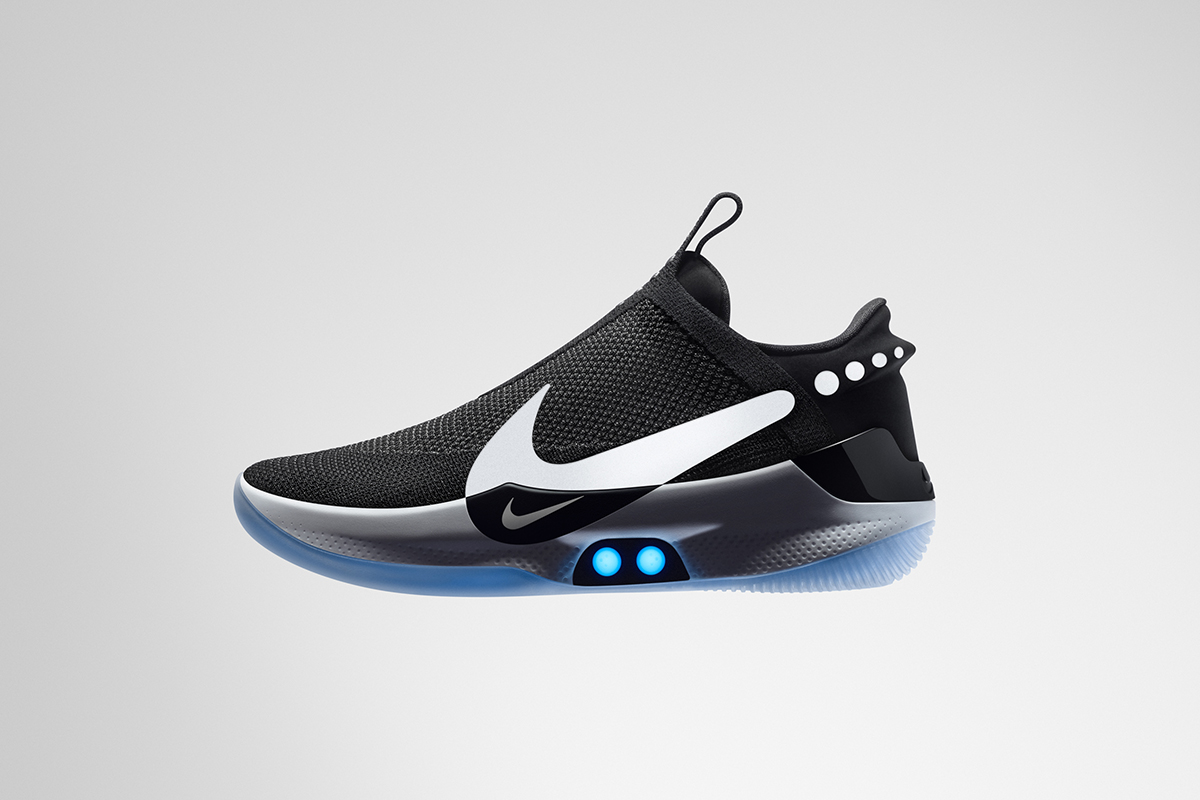 Nike’s newest self-lacing shoes are available for $350, though the company has made it clear that they already have plans to launch multiple collections of technology-infused sports apparel in the future, each one of which will ideally go a long way towards improving players’ performances, as well as their health, comfort, and overall stamina.