If you want to spruce up your tiny Animal Crossing: New Horizons home with some appropriately tiny new furnishings, IKEA Taiwan is here to help. The retailer recently recreated some of its favorite pages from its 2021 catalog using characters, furniture, and other items found in the massively popular Nintendo game, and the result is pretty cute. 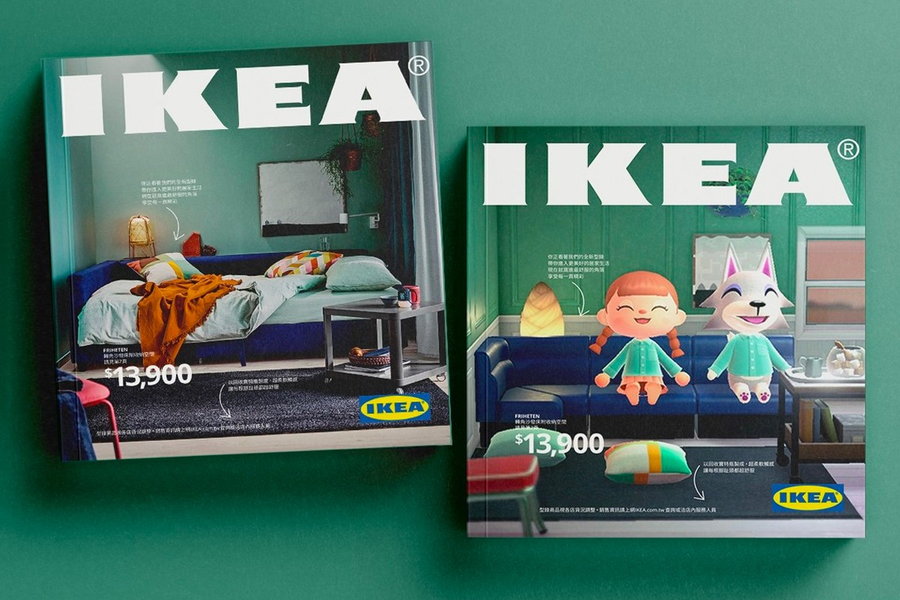 Many people find it thrilling to peruse a crisp new IKEA catalog, and now you can shop for Animal Crossing furniture the same way (kind of). IKEA laid out its recreated catalog pages side-by-side with the real thing so you can see just how hard they tried to match everything up. In some cases, they’ve found convincing furniture within the game to stand in for their own, like a red NIKKEBY cabinet, a RONNINGE dining set, the NYBAKAD play kitchen for kids, and the BESTA entertainment stand.

Some pages are shockingly faithful to the real thing, like a children’s KURA bedroom set featuring a bed canopy in a dinosaur print. They even located just the right accessories to match, like blue and gold couch cushions, tropical houseplants, straw hats, desk lamps, and of course, the company’s iconic blue tote bag. On top of that, catalog models get their very own game characters sporting similar outfits and facial expressions. 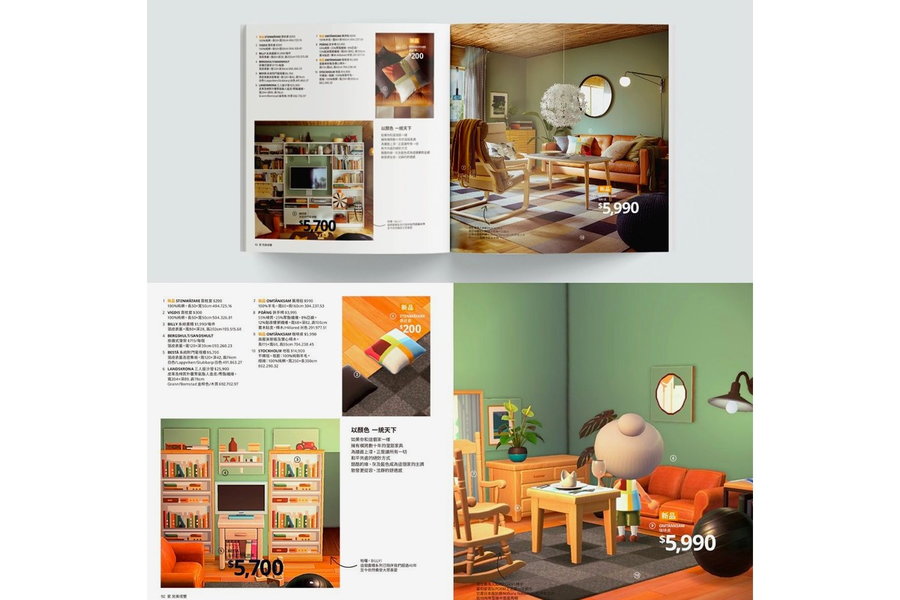 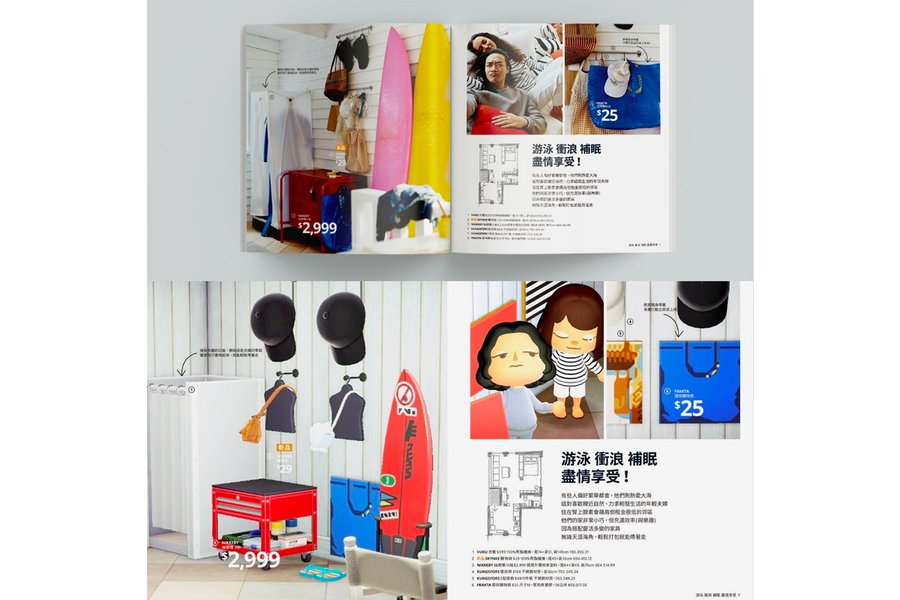 For other items, the team had to get extra creative. On one page, an in-game dinosaur “fossil” stands in for IKEA’s JATTELIK T-rex stuffed toy, and a tool box replaces a toy box. On another page, a character’s white hair and colorful outfit cleverly take the place of a flowery hanging lamp and throw pillow. All in all, everything looks pretty great, especially considering the fact the designers had to work with objects that already existed in the game. You can check out the whole IKEA Animal Crossing catalog release on IKEA Taiwan’s Facebook page.

If only shopping for furniture in Animal Crossing was really as simple as perusing an IKEA catalog, huh? The actual process can be a little more frustrating, and Nintendo would do well to take notes for future updates. Currently, players have to upgrade Resident Services by talking to shopkeeper Tom Nook in order to access a catalog of every item they’ve purchased, found, or made in the game. Shops include the Nook Stop terminal, Timmy and Tommy at Nook’s Cranny, the Able Sisters, Kicks and Saharah the wandering camel salesman, and you can also ask for furniture as a reward for certain tasks. 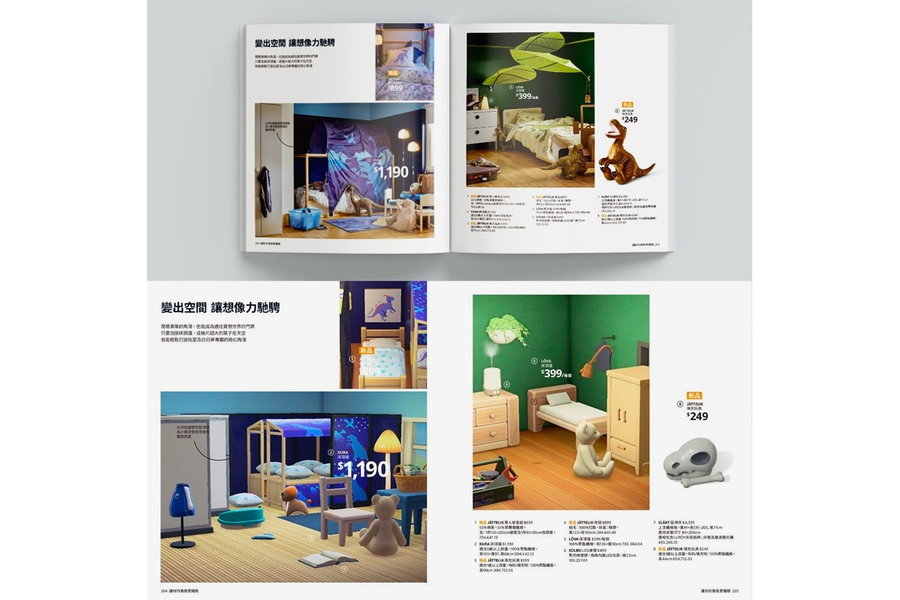 This virtual catalog isn’t an official collaboration between Nintendo and IKEA, and that’s probably a good thing. The real world is so jam-packed full of advertising, it would be a shame if branded items started making their way into gameplay, too. It’s already happened to some degree, with an official KFC island featuring a fully decorated KFC restaurant where characters can get buckets of fried chicken. Hopefully it won’t go much further than that. 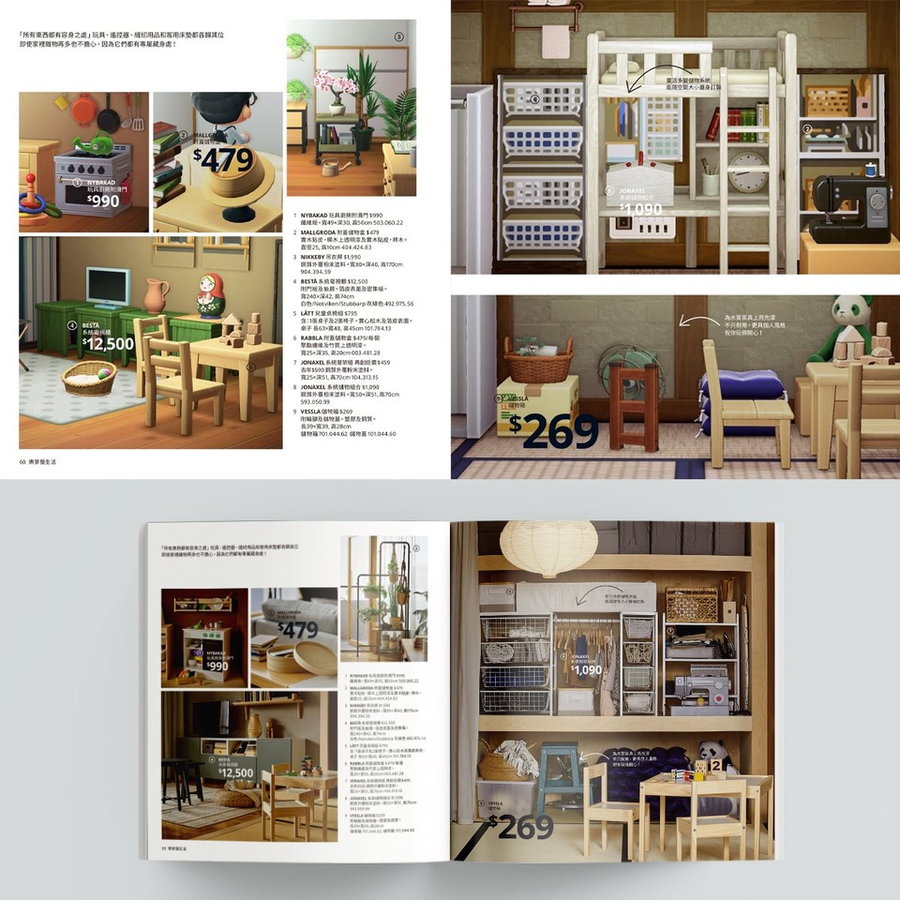 Need help sprucing up your virtual home? Read our guide to customizing your Animal Crossing: New Horizons furniture. You can even hire a real live interior designer to do all the hard work for you.