How will computers continue to shape architecture over the next few decades? To get some ideas, you just need to look at the portfolio of Gramazio & Kohler, an architectural robotic laboratory based at Swiss university ETH Zurich and led by Fabio Gramazio and Matthias Kohler. Mathematics, computation, augmented reality, material science, and robotics play major roles in their fascinating works, exploring emerging technologies in a way that feels exciting and avant garde. 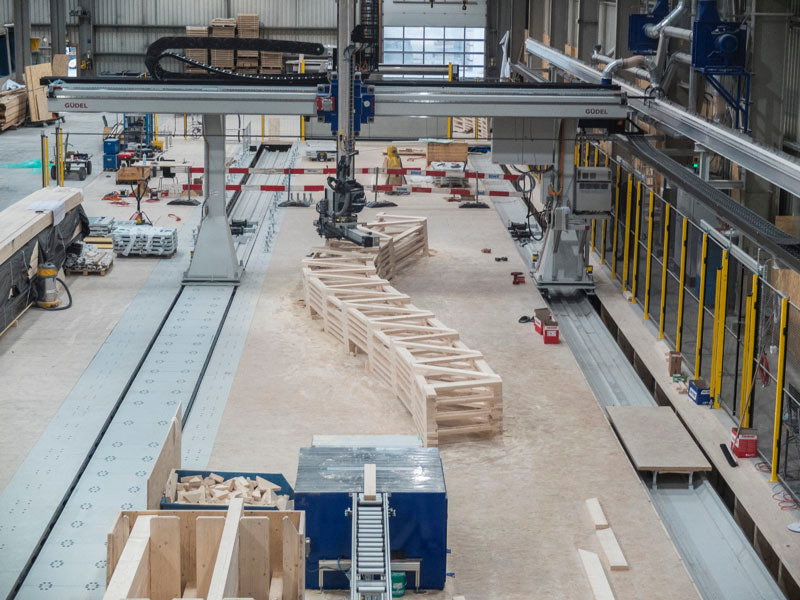 Three new computationally designed timber walls at the Basler & Hofmann cafeteria in Esslingen, Switzerland display one aspect of Gramazio & Kohler’s innovative touch to dazzling effect. The walls aren’t just decorative. They’re intended to improve the acoustics of the room while also functioning as air ducts for a ventilation system integrated into the walls.

The way in which they were made is a fascinating evolution of traditional carpentry. The 8,500 individual modules are identical angle-cut fir wood blocks, but each one is set at a slightly different angle as determined by a computer, creating a pattern of shadow and light that changes throughout the day. Carpenters are then equipped with custom-built camera controller units in order to place the blocks as directed, with an augmented reality monitor prompting them to turn the blocks until they’re in exactly the right position. 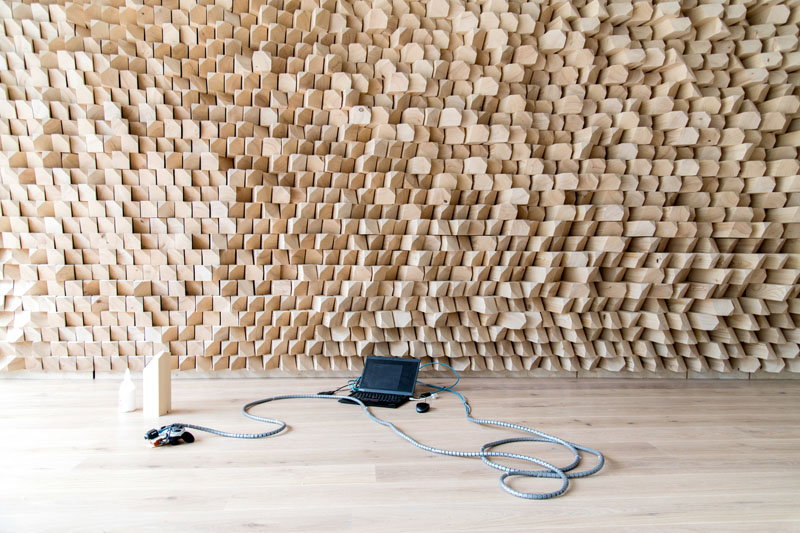 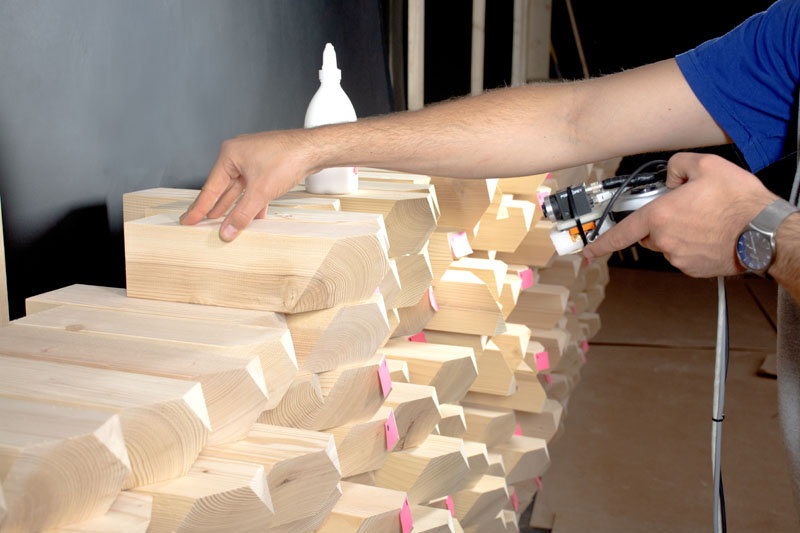 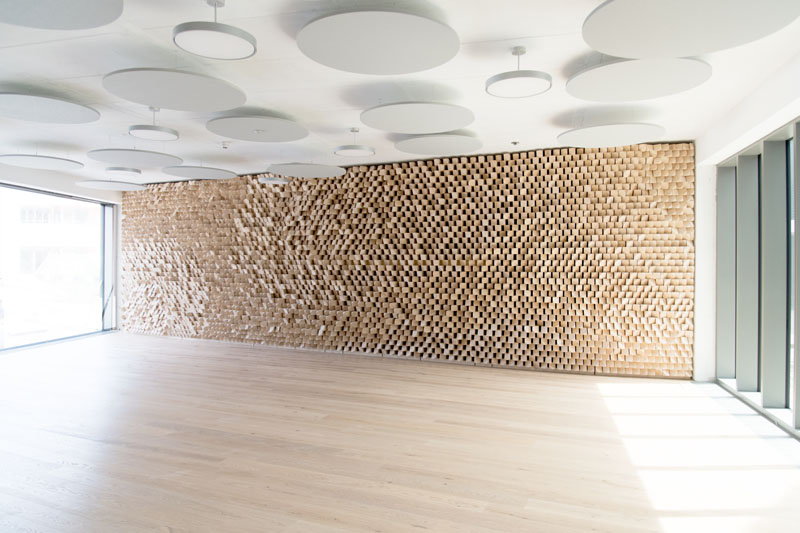 The architects explain why the digital assembly of their “Sequential Roof” project at the Arch-Tec-Lab of the Institute of Technology in Architecture (ITA) in Zurich is unusual: “The structure consists of 168 single trusses — which are woven into a 2,308-square-meter free-form roof design. As such, an integrated digital planning process connects design, structural analysis, and the generation of fabrication data.” 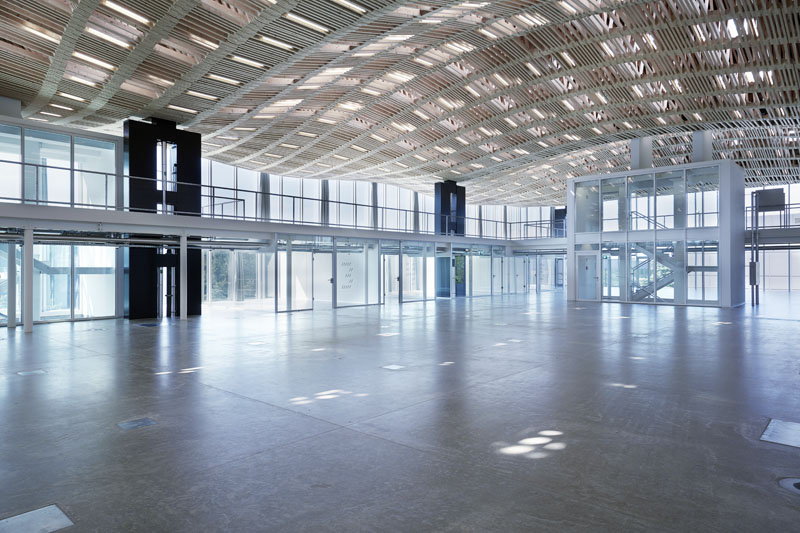 “Based on this data, a robot-based assembly process of 48,624 timber slats to individually formed trussed beams allows an efficient fabrication of the complex roof geometry. The project demonstrates the potential of combining digital fabrication technology with timber as a local and sustainable building material. In collaboration with experts from academia and practice, the Chair’s research results in the field of digital timber construction are being condensed and applied at full architectural scale.” 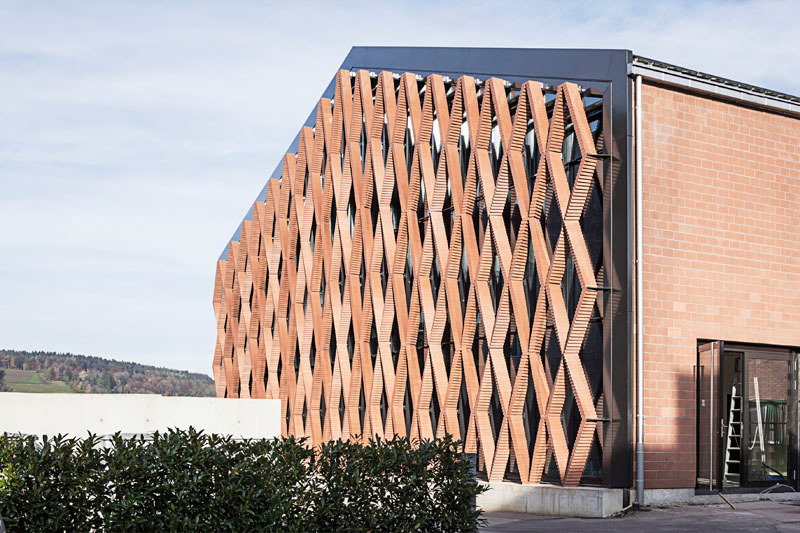 Have you ever seen bricks used quite like this? The new front facade for the headquarters of brick manufacturer is a freestanding, self-supporting structure set in front of the actual steel and glass front. All of the bricks are positioned and glued into place by a robot in a manufacturing process called ROBmade. “The slight rotation of the bricks generates a vivid image of light and shadow and enhances the volumetric reading of the diagrid,” explain the creators. 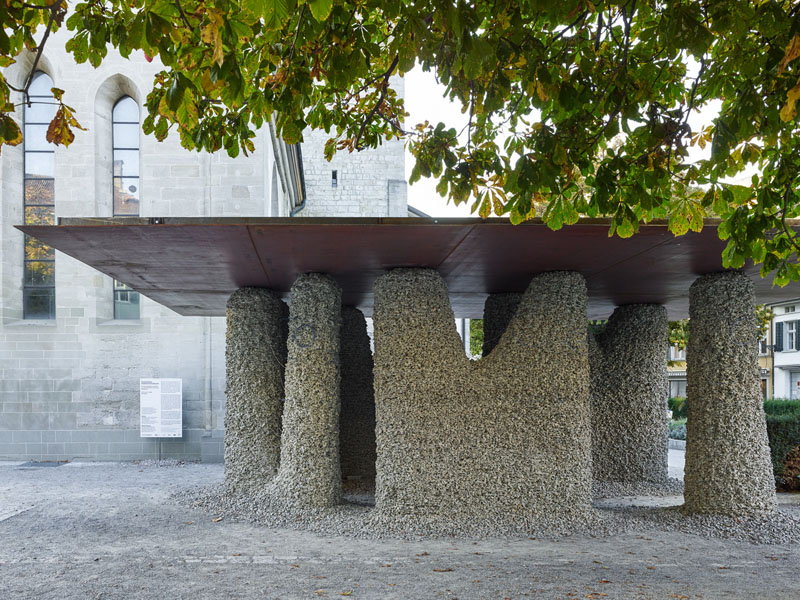 Another project, the Rock Print Pavilion, is a house made of loose aggregate and twine assembled by a robot. Of it, the lab says: “Right in the historic heart of the city, newly developed robotic processes combine these ordinary items into a highly resilient material system without the use of tools. They thus provide a first look at some of the astonishing designs that rapid developments in digitalization are making possible in architecture and the environment.” 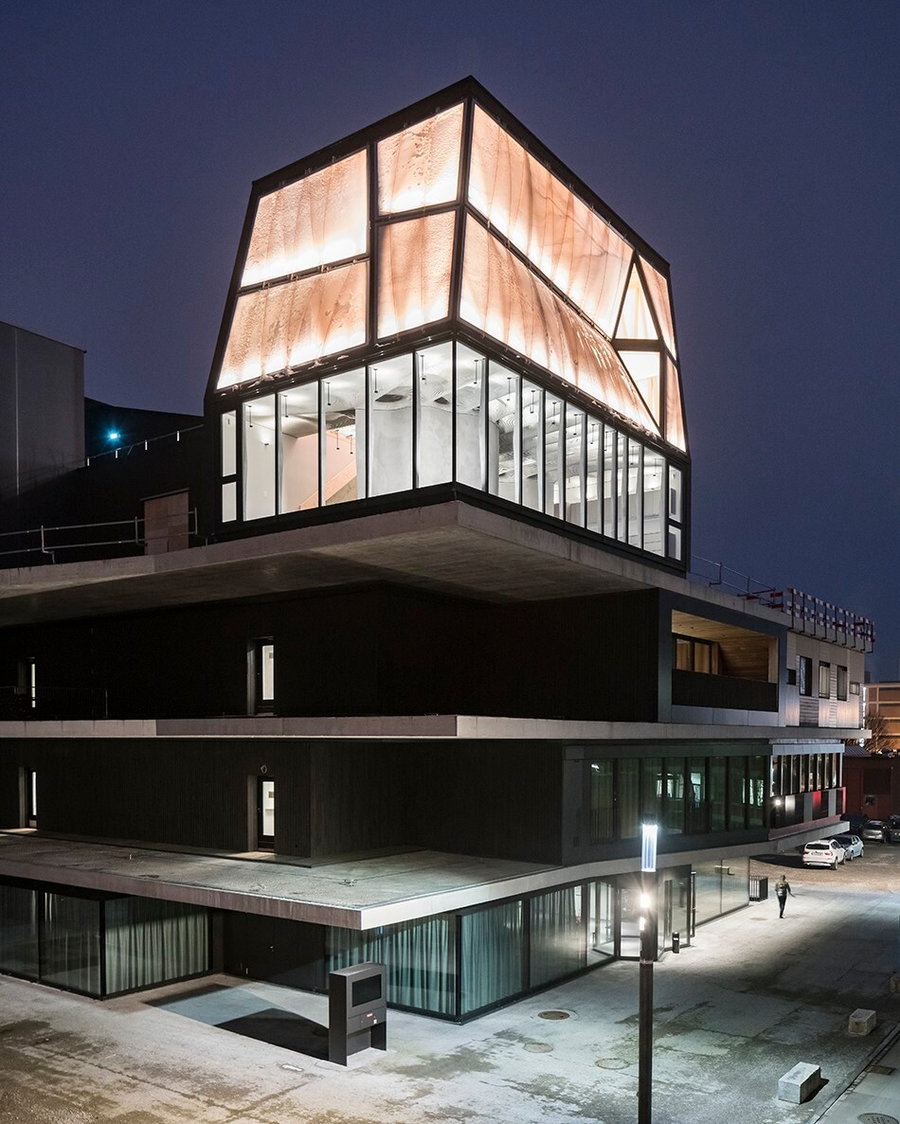 Gramazio & Kohler also helped produce the world’s first inhabited house that was both digitally planned and built primarily using robots and 3D printers. Created in collaboration with other ETH Zurich professors and industry experts, the DFAB House aims to model how digital fabrication processes might revolutionize the way we design and build architecture in the near future.