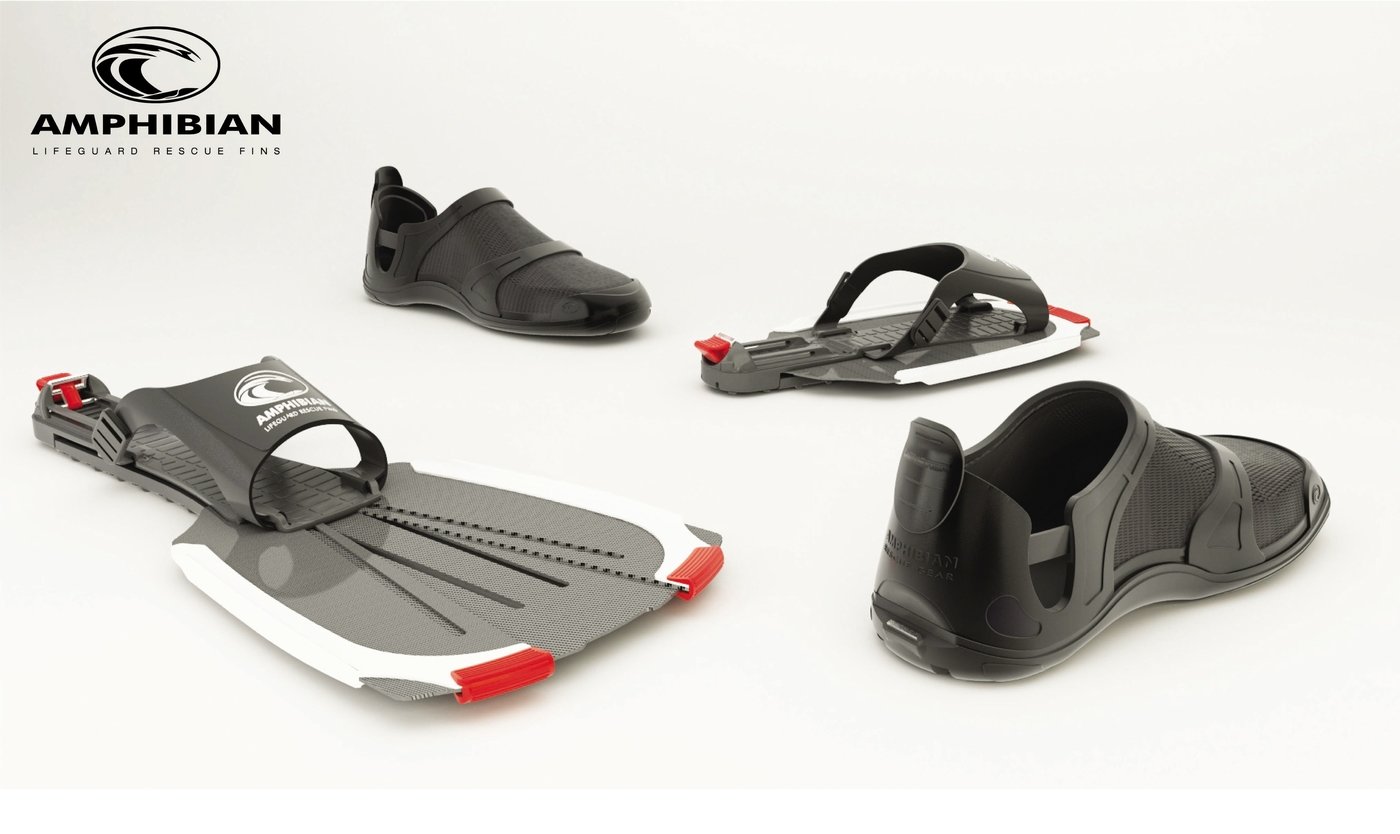 Like some kind of strange modern mermaid apparel, these sleek-looking sandal-shoes can transform into a likewise stylish pair of swimming flippers with a few quick motions. While the concept was designed for lifeguards specifically, what beach denizen would not want such nifty convertible land-and-water footwear?

The wide base of this convertible amphibious sandal is ideal for walking on wet land or sand, broad like snowshoes to disperse the weight of the wearer. Sort of like all-in-one skis, boots and bindings, the strap-on attachment flips out into the fin portion in with minimal fuss. Ease of use is a big consideration for a product like this; nobody wants to mess with complicated systems while sitting in the sand. 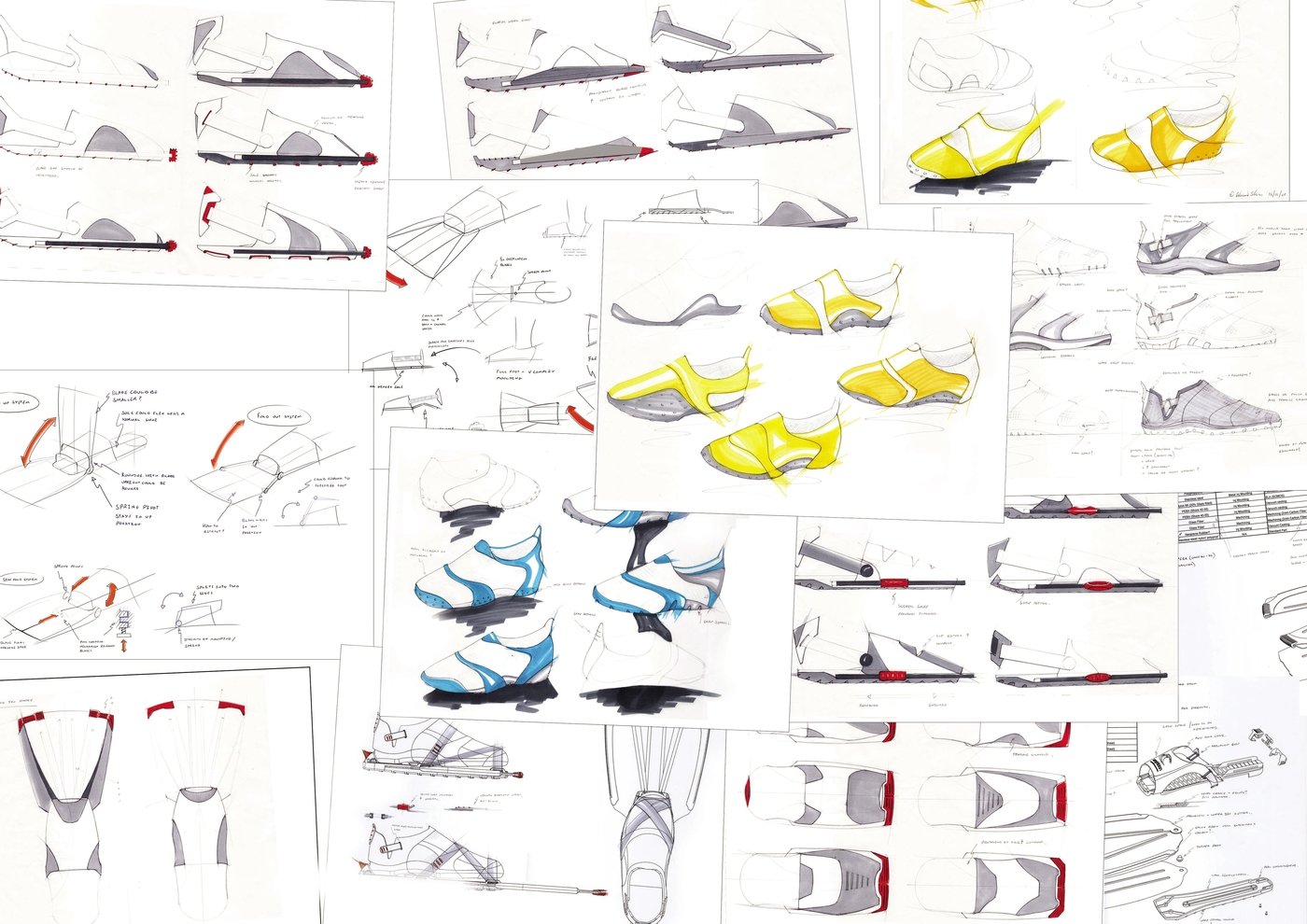 For now, these convertible water shoes are just a working prototype by Edward Shelton but the concept makes sense and mass-production is sure to follow. After all, they already have built-in boot-and-ski, shoe-and-roller as well as other footwear combinations … so why not all-in-one sandal-and-flippers too?

Shelton’s sketches reveal all sorts of ideas for how the sandals work, and it’s always fun to get a peek at the design process. The result is not exactly stylish or streamlined, but that’s something that could be worked out in the production process. What do you say, Adidas – Keen – Vibram – Merrell? Would any of you big budget manufacturers pick up an idea like this and bring it to the rest of us? We can only hope.

Based in Oxford, Edward Shelton studied Industrial Design and Technology at Loughborough University, and currently works for Dyson.