Not so long ago, cynics said electric vehicles and vessels would never perform as well as their gas-powered counterparts. Today, a host of exciting new projects are proving them wrong. It may not be ready to beat the fastest race boats in the world just yet, but the E1 RaceBird is literally flying across the water at impressive speeds, and it’s only going to get better from here. Billed as the world’s first all-electric flying racing boat, this watercraft glides on two bright green hydrofoils at speeds of up to 58 miles per hour. 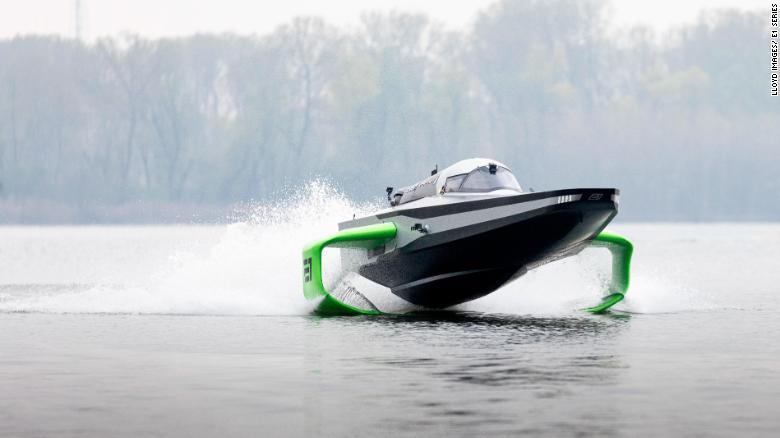 Looking a bit like a giant bird with its pointed, beak-like front end and green “wings,” the RaceBird first took conceptual form while E1 co-founder and CEO Rodi Basso was staying at her summer house in Sweden. She noticed birds gliding over the surface of the water and imagined how that form could translate to a futuristic, environmentally friendly boat with serious competitive capabilities. 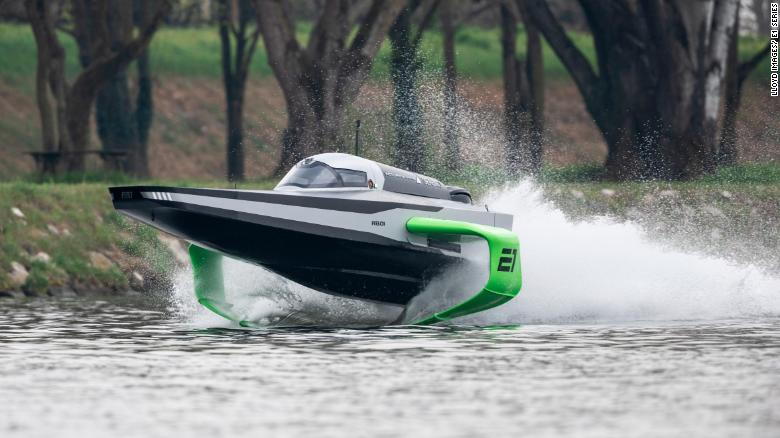 A Formula 1 engineer who previously worked with McLaren, Ferrari, and NASA, Basso founded the E1 Series all-electric race boat championship with sports entrepreneur Alejandro Agag with a goal to bring electric motorsports to rivers and oceans around the world. The duo partnered with Norwegian designer Sophi Horne, naval architect and marine engineer Brunello Acompara, SeaBird Technologies, and Victory Marine to develop, manufacture, and build the RaceBird as the official racing vessel for the E1 championship. 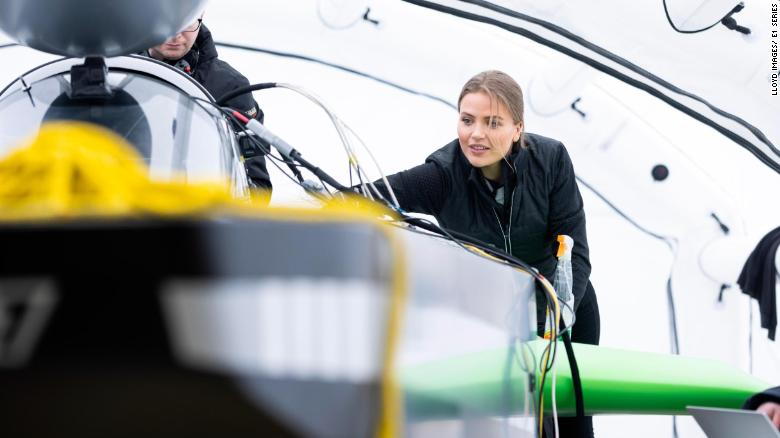 The RaceBird features a fully electric outboard motor produced by marine propulsion experts at Mercury Racing and a cockpit resembling a single-seater race car with a steering wheel and pedals. Designed for just one occupant — the pilot — the RaceBird is powered by a Kreisel Electric battery and uses immersion cooling technologies to maintain top performance while in motion. The hydrofoils keep the body of the RaceBird above the water to reduce drag and maximize its energy efficiency.

Engineers successfully tested the RaceBird in northern Italy in April 2022, and the vessel is now on track to compete in the E1 World Championship in Spring 2023.

“We’re now one step closer to making electric racing on the water a reality,” says Agag. “I remember very well the same scenarios we encountered during the early stages at both Formula E and Extreme E, and just like on those occasions this is a major breakthrough on E1’s journey. Seeing the RaceBird fly proves to me that we can use this exciting, new sporting platform to drive technological innovation in the marine industry and create something spectacular for fans in the cities we visit.” 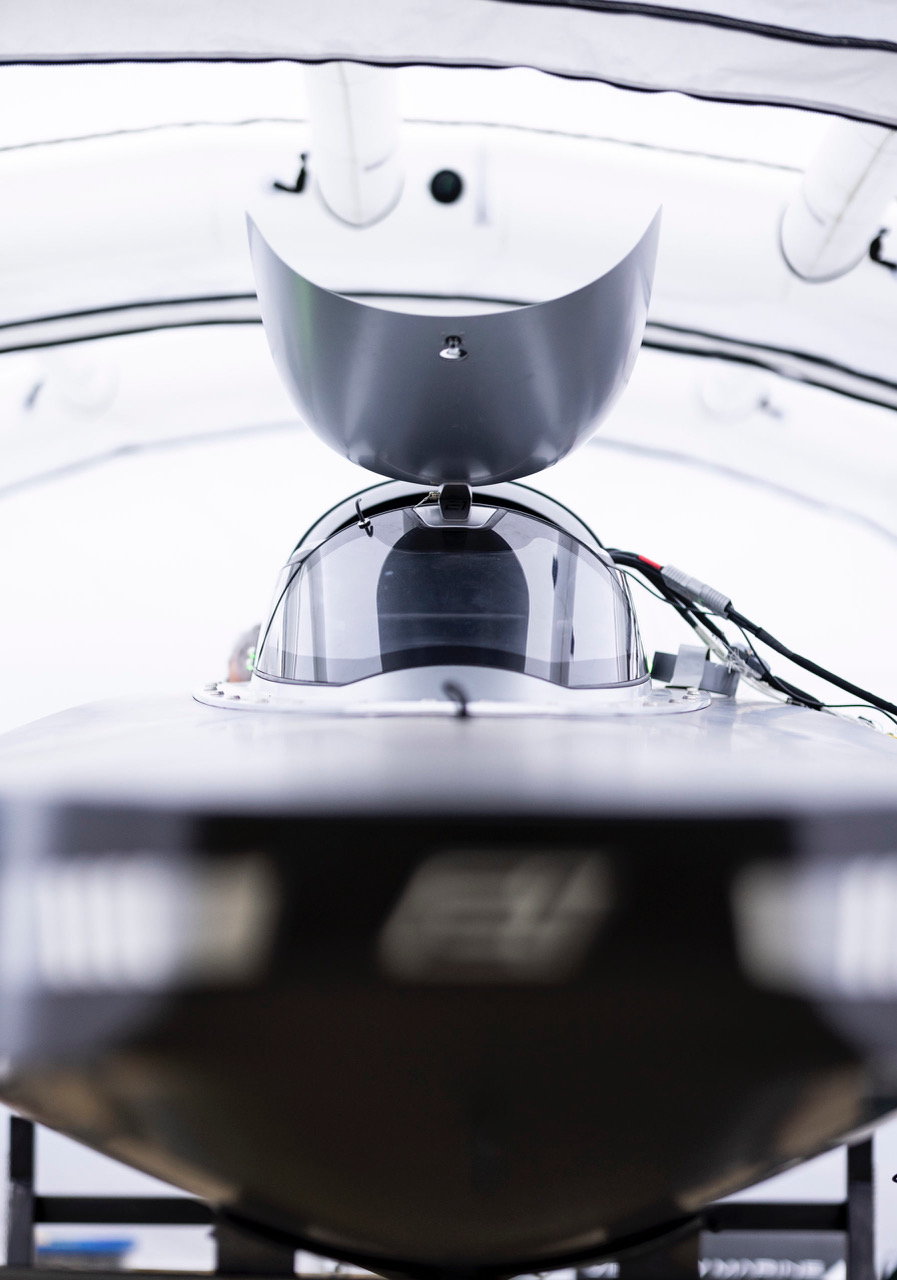 “Seeing the RaceBird flying on the water for the first time was an emotional moment for myself and many others who have been working on this project over the past few months,” says Basso. “So far, the RaceBird has exceeded expectations especially with the performance, agility and cornering capabilities. The current performance levels are exactly where we wanted them to be, helping to promote exciting foil-to-foil racing close to the shoreline.” 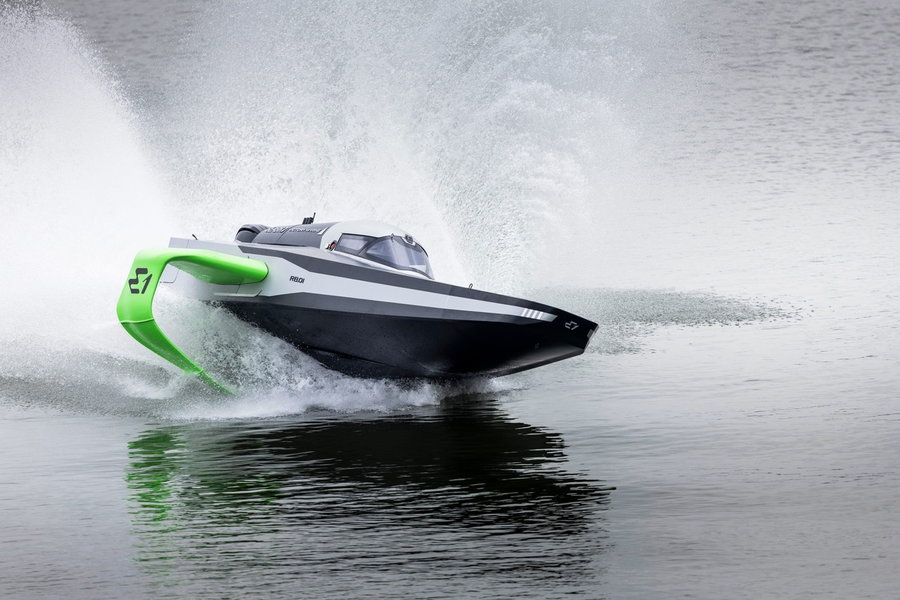 “In the coming weeks, we’ll continue to run further tests and gather the necessary data. I’m really looking forward to showing it in public for the first time, which we’ll be announcing more on shortly. This test marks the first page of a new chapter in the electrification of the marine industry, focusing on accelerating future technologies for the benefit of our waters.”