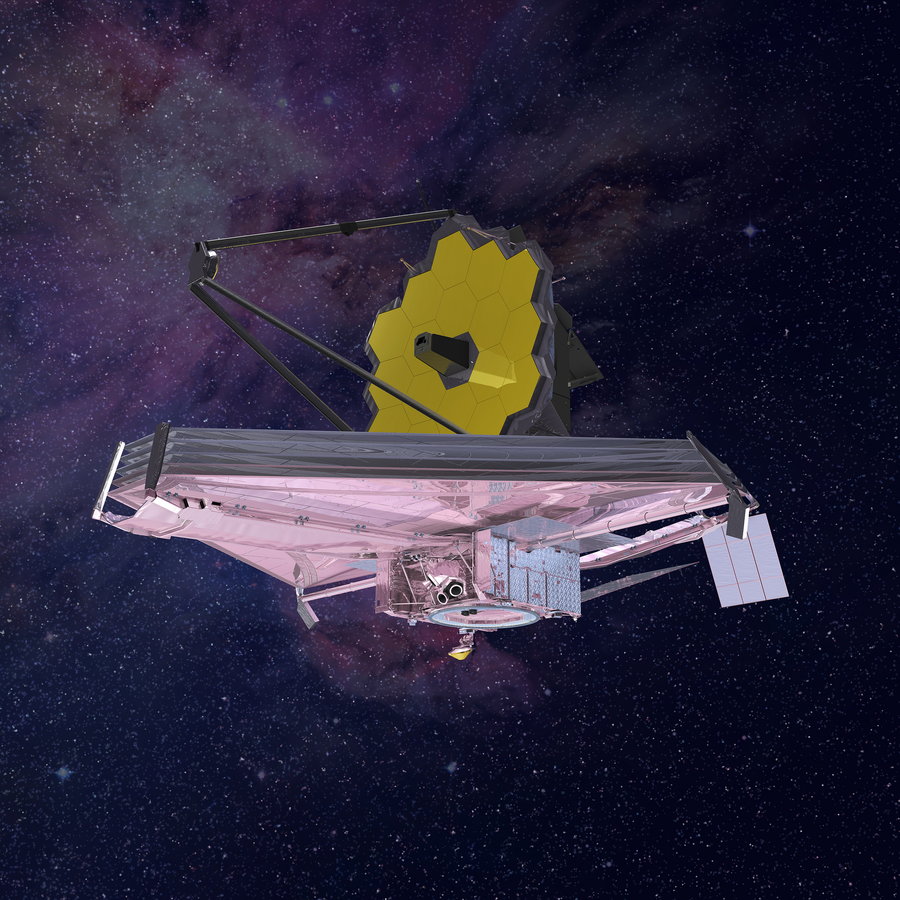 The Webb telescope got its start back in 1996 under the name Next Generation Space Telescope. As an international program, NASA combined forces with the European Space Agency (ESA) and the Canadian Space Agency during the following two decades of research and development. It was finally launched on Christmas Day 2021 with the goal of being the premier observatory of this decade. It’s also the largest infrared telescope currently in space.

For the first six months, the telescope’s equipment calibrated as the device glided into its halo orbit, a spot between the sun and the moon where the gravitational forces from both keep it on a specific path. Once the calibration was complete, Webb was able to send its first set of data. These are some of its biggest discoveries: 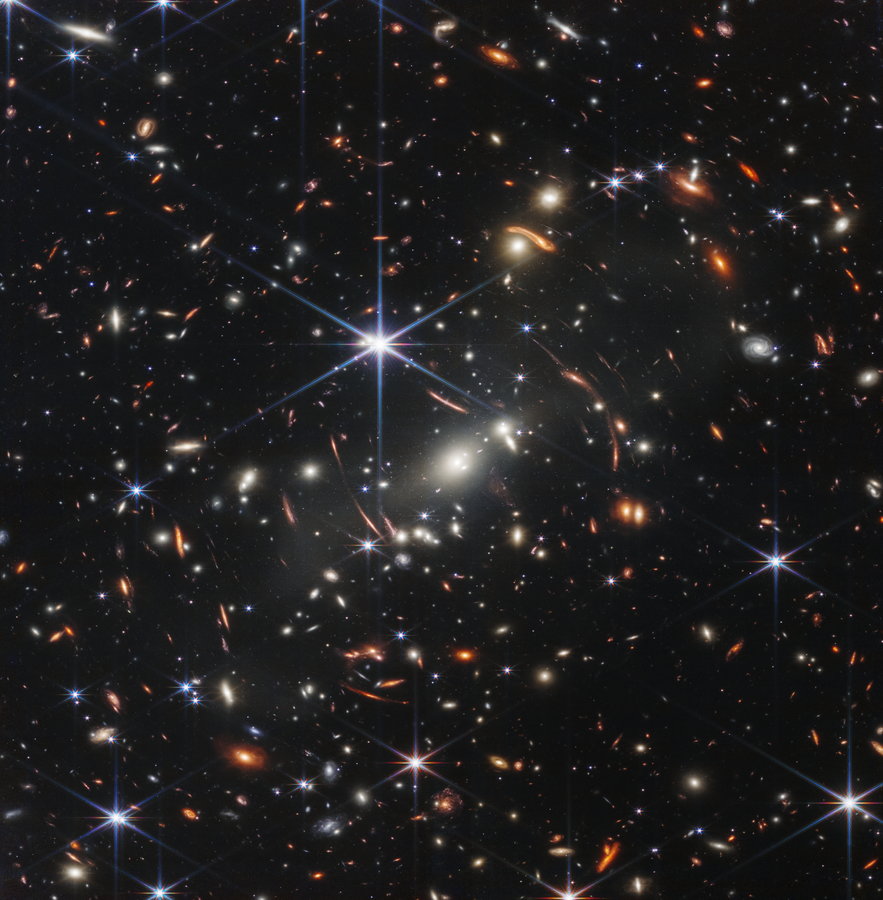 The first deep field captured by Webb is galaxy cluster SMACS 0723, itself a collection of thousands of galaxies. “This deep field, taken by Webb’s Near-Infrared Camera (NIRCam), is a composite made from images at different wavelengths, totaling 12.5 hours — achieving depths at infrared wavelengths beyond the Hubble Space Telescope’s deepest fields, which took weeks,” NASA explains. Those 12.5 hours allowed Webb to pinpoint light from one galaxy that had traveled 13.1 billion years before reaching the giant telescope’s mirrors. 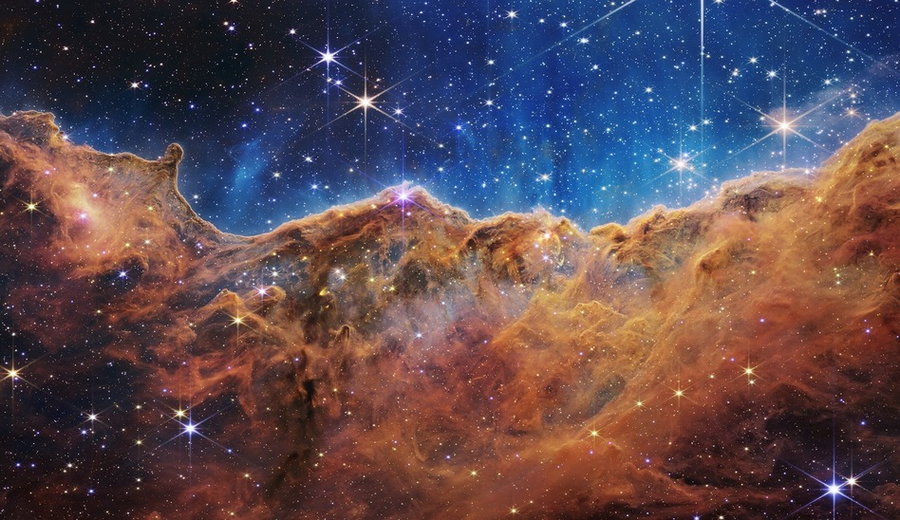 Webb also captured a chunk of a “stellar nursery” roughly 7,600 lightyears from Earth. Called NGC 3324, it is situated at the northwest corner of the Carina Nebula. The image shows an amazing mountain of space dust as stars begin to form. “The blistering ultraviolet radiation from the young stars is sculpting the nebula’s wall by slowly eroding it away,” NASA said in a statement. “Dramatic pillars tower above the glowing wall of gas, resisting this radiation. The ‘steam’ that appears to rise from the celestial ‘mountains’ is actually hot, ionized gas and hot dust streaming away from the nebula due to the relentless radiation.” 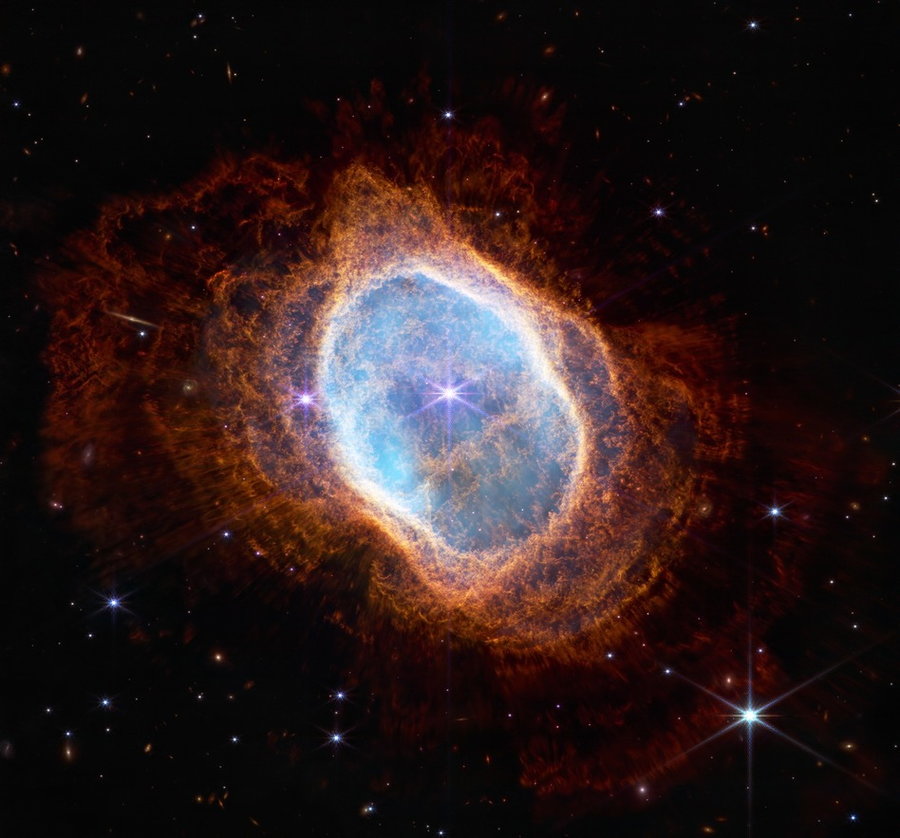 Webb was also able to immortalize the death of a star in the Southern Ring Nebula, with exquisite detail thanks to the mid-infrared technology.

Five Galaxies in One Image 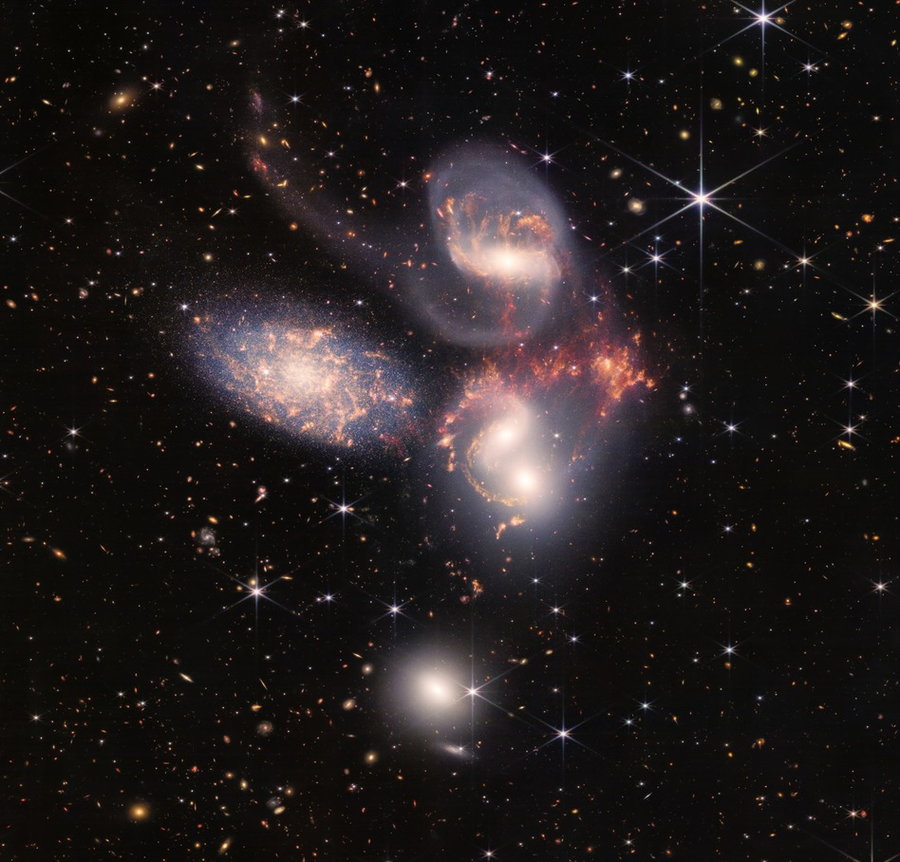 Webb also shined its lens on a cluster of galaxies called Stephan’s Quintet, a great celestial laboratory for studying the effects galaxies have on each other. The returned picture of this area is the largest of the telescope’s images to date, with over 120 million pixels and a conglomeration of almost 1,000 separate image files. The photo is actually about one-fifth the size of the Moon’s diameter. 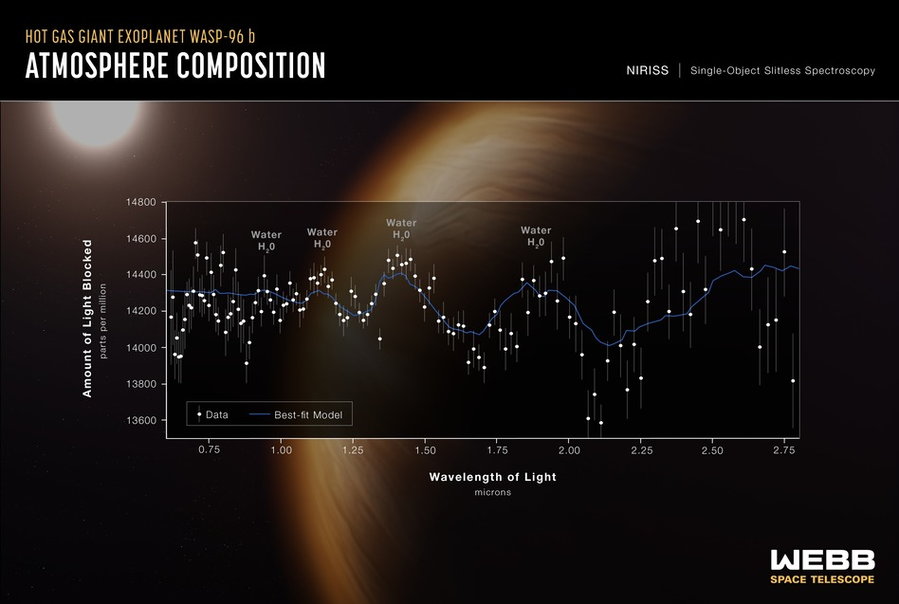 The telescope also took in data on WASP-96 b, a giant gas planet outside our solar system. While NASA didn’t release any pictures of this one, they did put out a spectrum analysis of the planet’s atmosphere. Scientists also found the “chemical fingerprint” of water in the swirling gas, itself an epic discovery.

The James Webb Space Telescope developers designed it to pull in images for at least five years, but they are hopeful it will last at least ten. The longevity will most likely be limited by how much fuel it takes to maintain the halo orbit around the sun. No matter how long it lasts, it’s clear the cutting-edge device is already providing us with incredible new insights into our universe.