Is there something about misshapen forms that makes you deeply uncomfortable in a way that’s hard to verbalize? Many of us have automatic reactions ranging between mild disdain and outright revulsion, which explains why “body horror” is such a popular sub-genre of fiction and film (exemplified by David Cronenberg’s The Fly and David Lynch’s Eraserhead). Perhaps our lack of control over our own corporeal forms and obsession with concepts of “normalcy” drive our fascination with fleshy, organic shapes that seem strange and atypical. 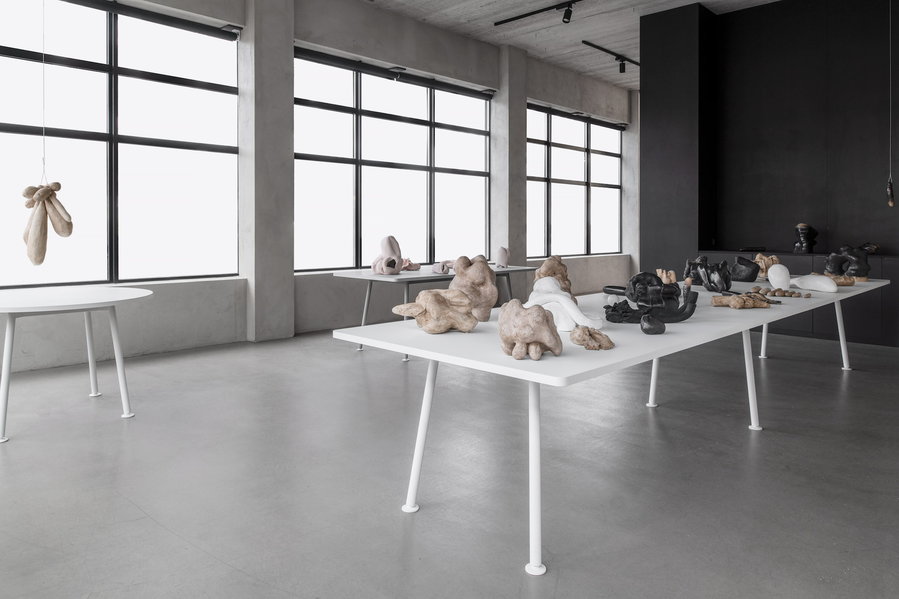 Through her series “Alien Autopsy,” Swedish artist Åsa Stenerhag experiments with these feelings. The artist, who taught herself sculpting techniques by watching YouTube videos, engaged in an unusual collaboration with design firm Massproductions for the installation, which opened at the firm’s showroom in Stockholm.

The series of stoneware sculptures was designed to be displayed atop Massproductions’ new Landa table, a minimalist design with the unusual ability to support a long surface with just four to six wide-spaced legs. The design uses two parallel steel beams to support the long tabletops, creating “significant and comfortable voids” underneath. The result is streamlined and lightweight, leaving plenty of room for chairs and objects atop the table to shine. 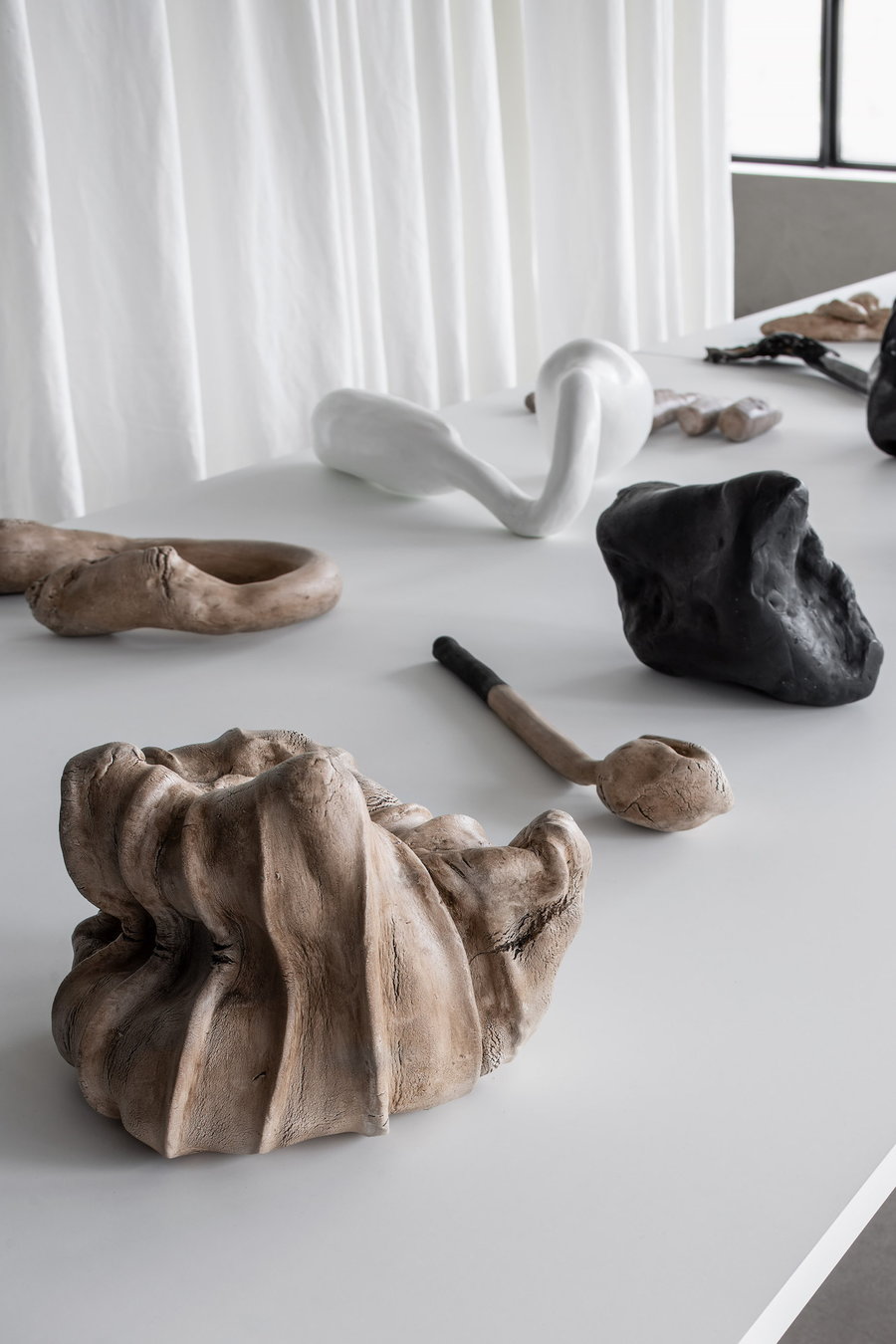 “It’s easy to make tables, but we decided to make it difficult by developing a system that can make very long tables, with fewer table legs and without visible fittings” says Chris Martin, Design Manager and Co-Founder of Massproductions.

The designers took inspiration from NASA’s lunar module for the table, which in turn guided Stenerhag’s creative direction. Looking at the ceramic sculptures, you can see why the installation is called “Alien Autopsy” in a nod to a controversial 1995 short film by Ray Santillis. Stenerhag used unconventional media and methods of coloring them, like gouache, shoe polish, and linseed oil, so they soaked up the color unevenly.

“It started with a request to do something in connection with the launch of Landa,” she explains. “The name of the installation challenged and helped me to further develop the design language. It’s like lighting a spark. When parameters are set, ideas are triggered. The idea started from the long table. How we could tell a story, create a feeling, an exciting one, unified together. For me, creation is primarily about intuitive work though also about channeling a feeling. In this case, it is a life energy, which is shaping and explor[ing] itself. Both on the inside and the outside.” 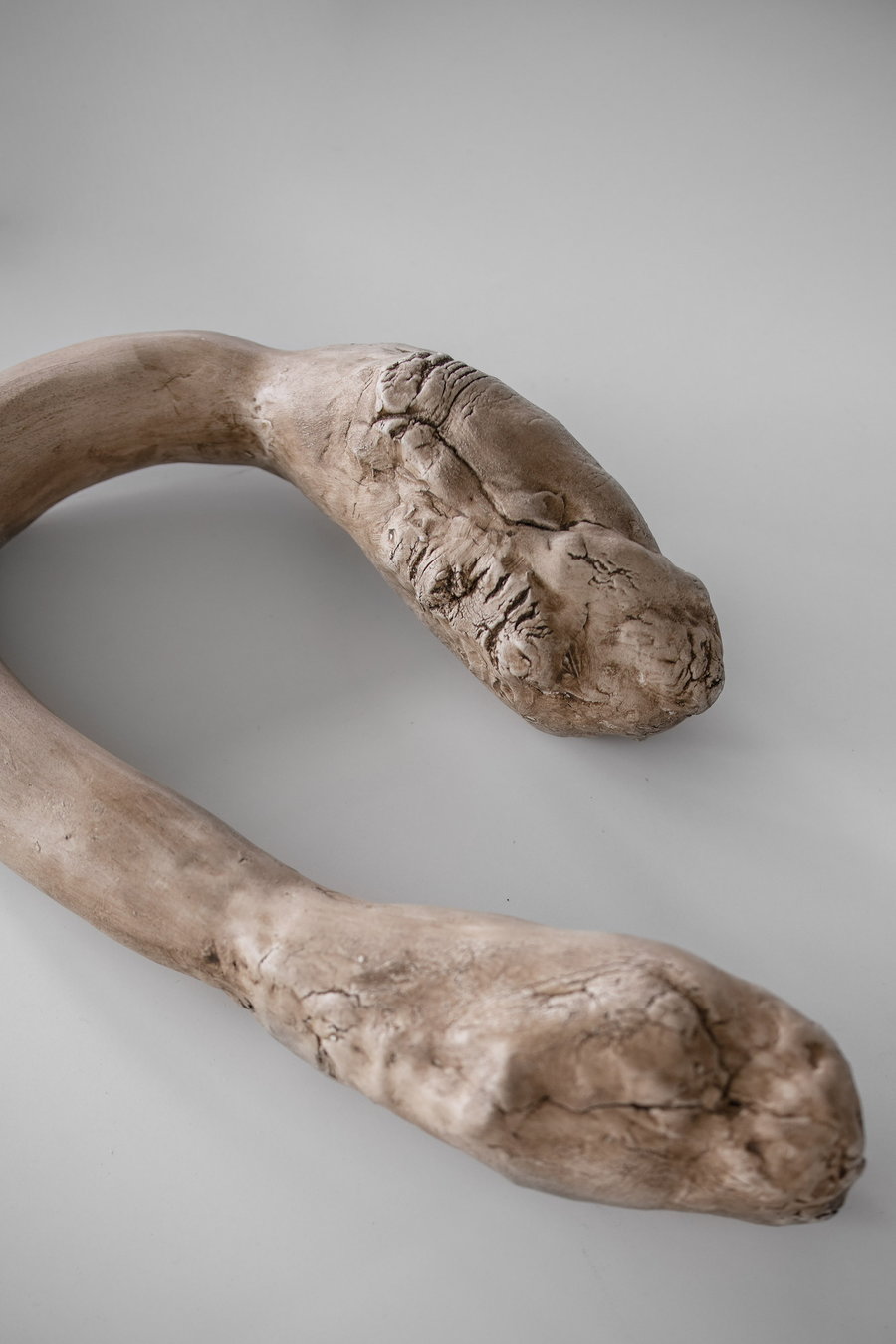 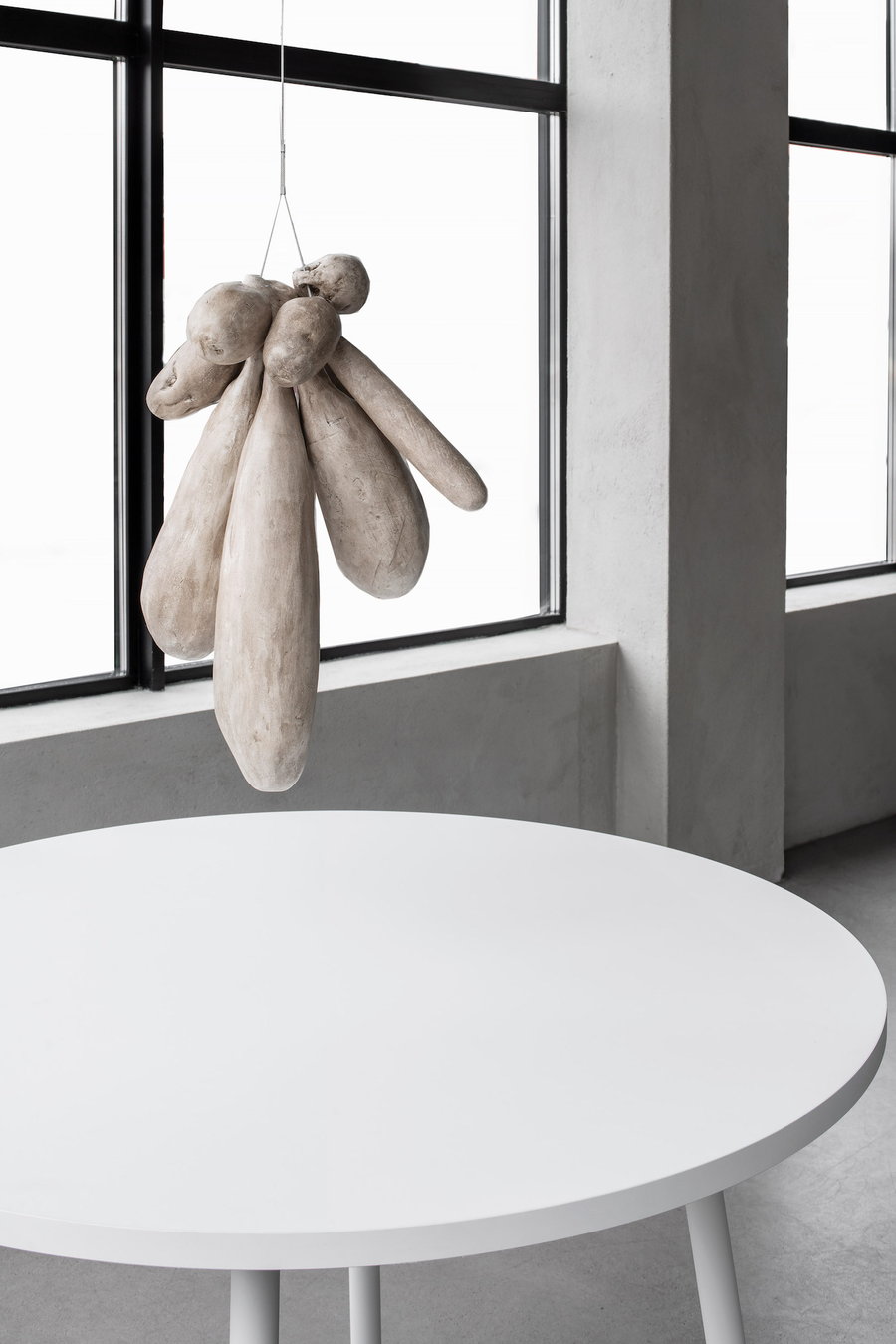 “My work usually starts with a feeling, an energy and desire that then comes down to material, surface, and shape until it becomes a whole. It’s also about being fully present in what I do. Clay is a living material and must be taken care of in different ways throughout all stages of the drying process. It is a constant collaboration between me and the clay. For me the process is as important as the result. That’s what drives me.” 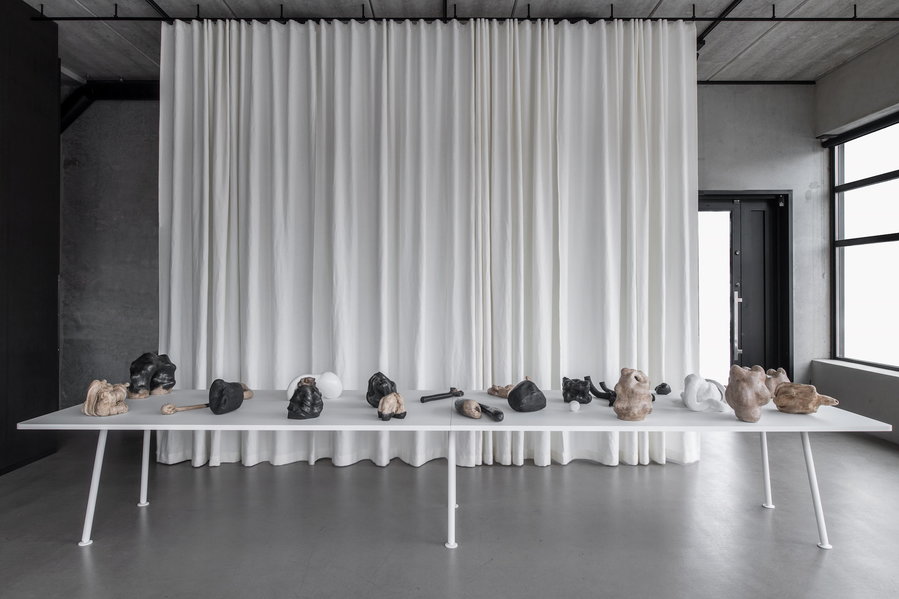 Whatever your feelings may be about Stenerhag’s sculptures, there’s no denying that “Alien Autopsy” is an interesting way to bring fine art and product design together around a fun, albeit somewhat odd, narrative.