Artists often devote certain paintings to loved ones, and authors make thousands of book dedications to their romantic partners. Terry Crews, former NFL star and wildly successful film and TV actor, has just put a new twist on the honorarium by naming his latest collaborative furniture collection after his wife Rebecca. 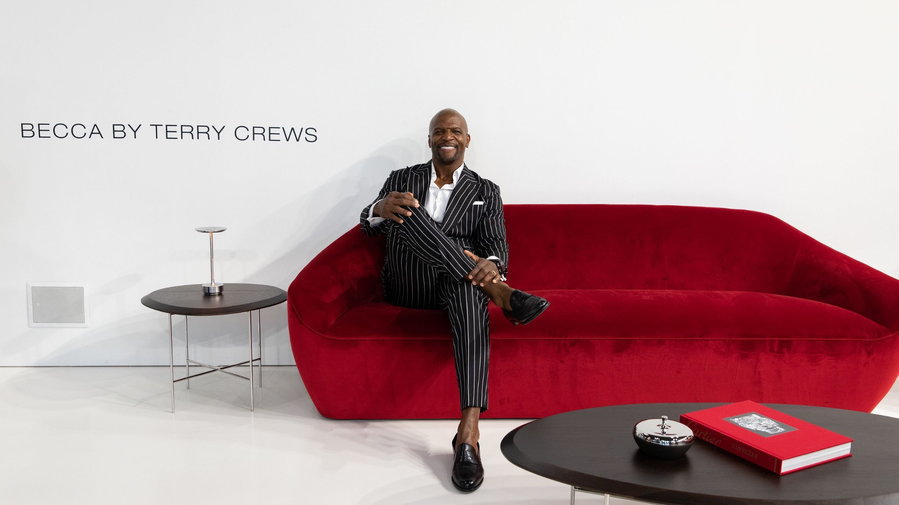 Partnering with Bernhardt Design, a modern furniture company launched in 1983, Crews explains that his first foray into the furniture niche back in 2016 was motivated by Egyptian culture. But his latest line — and his third with Bernhardt — he attributes entirely to the influence of his wife.

Crews notes that he finds a lot of modern furniture cold and uncomfortable, adding that while it often looks good, it’s rarely enjoyable to actually sit in. Simultaneously, he finds the big cushy recliners and massive overstuffed couches on the opposite end of the spectrum messy and classless. He eventually landed on a design that, like his wife, could combine the best of both worlds. “She’s voluptuous. She’s comfortable but she’s stylish. That was the whole thing; it was totally based on her. She’s so curvy and cool and hip, and I was like, This is just all the best!” he told Architectural Digest in a recent interview.

Comprised mainly on tailored couches and club chairs, The Becca Collection is focused on providing comfort and practicality without sacrificing an ounce of style. Its pieces beckon you to sit down and relax, and they certainly don’t disappoint as your body settles into their gentle contours. 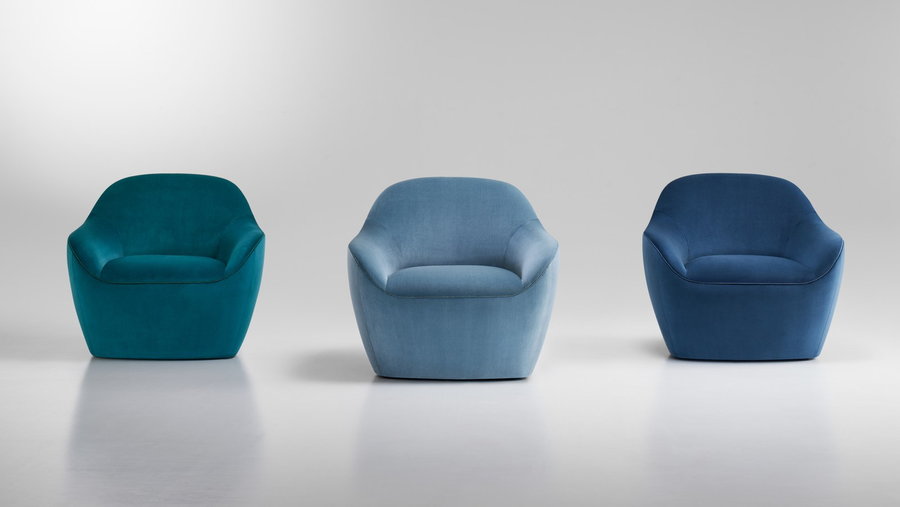 All the chairs and couches have soft sides and backs and supportive yet well-padded bottoms. The lines on either side of the chairs also welcome comfortable leaning, while the arms of the sofas are soft and undemanding, always ready to cradle your head and neck for a quick catnap.

The collection’s accompanying tables and stools are simple and round, ideal for casual entertaining and easy to move to accommodate groups of all sizes. A large circular coffee table brings together the surrounding pieces in an inviting manner that promotes conversation and sharing. 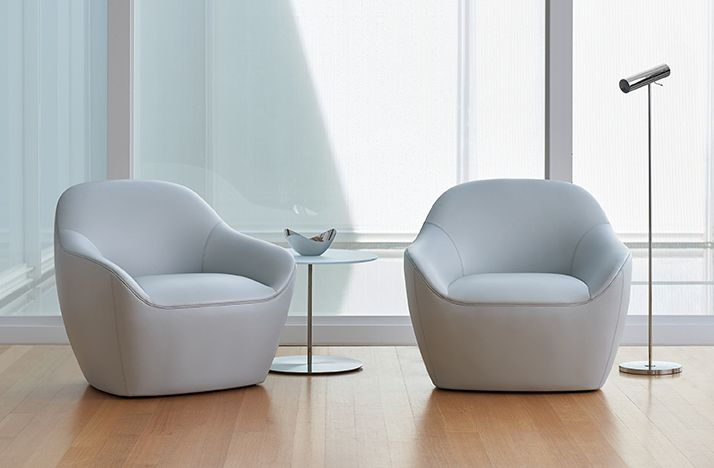 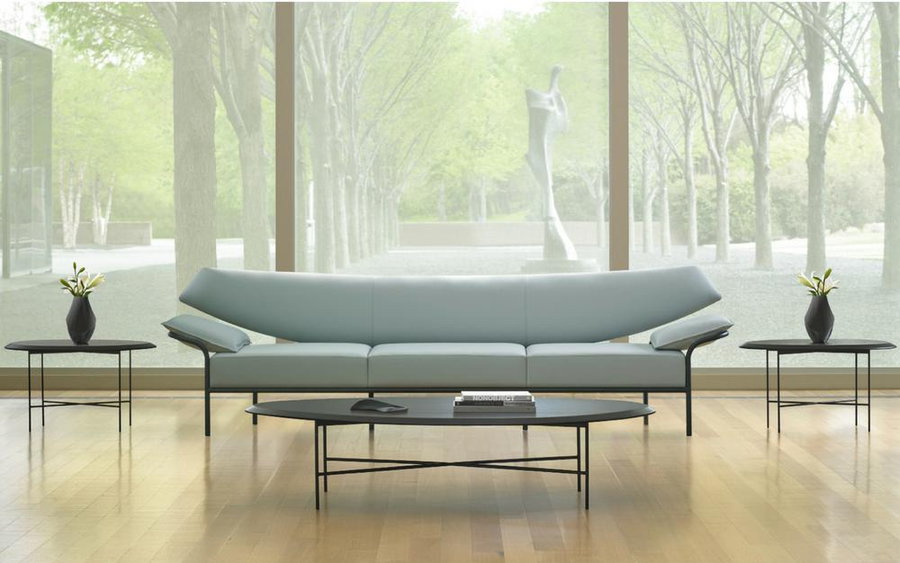 Particularly fascinating are the Becca collection’s chair-table combinations. Low-rise oblong cocktail tables have a scooped, upholstered legless chair perched on one side of them, with the other side open for a lamp or beverages at just the right height and distance.

Crews is known for being a softie: a guy who’s not only in touch with his emotions but proudly touts how they influence his life. When Architectural Digest asked if he considered the Becca collection a love letter to his wife, he was quick to confirm the notion. 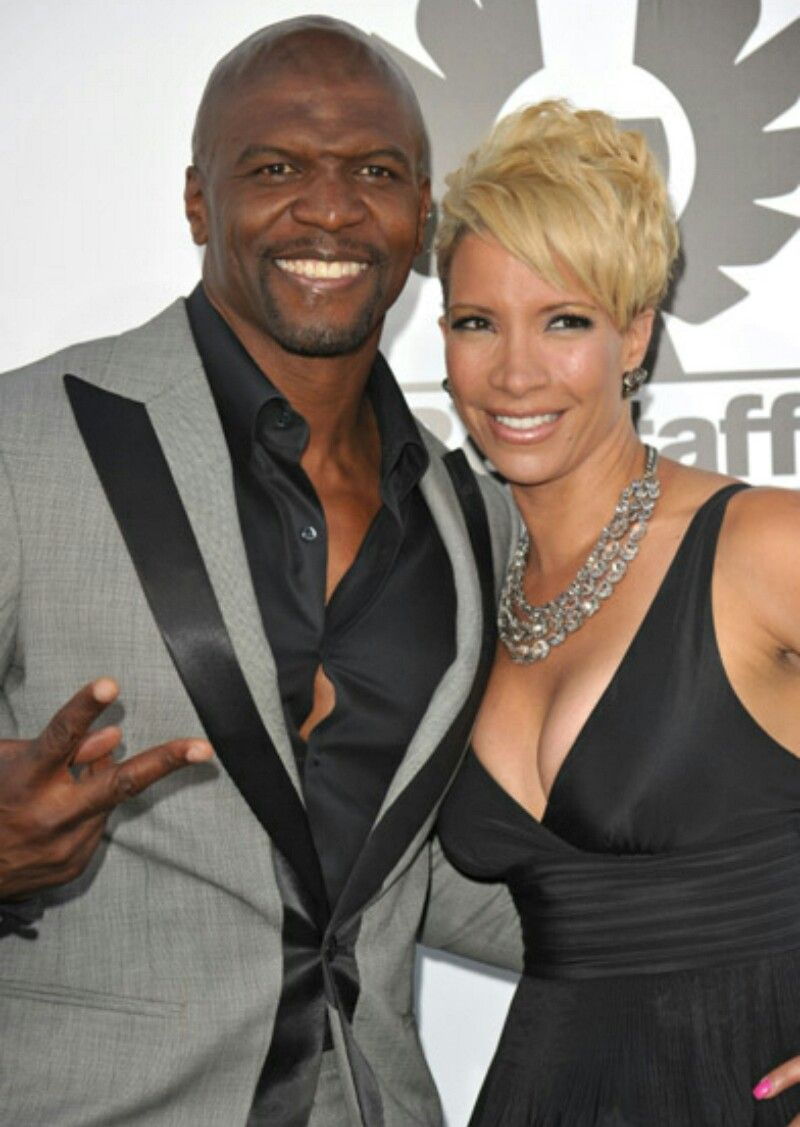 “Yes, it is. I mean first of all, I don’t even know how to design without emotion. The world has been so left-brained, so to speak, and if you show a lot of emotion, you’re viewed as weak. So I decided to go the other way. I’m going total right brain! It starts with music, a feeling, an inspiration. You know, I hear a song when I see my wife. And there’s a real romance that happens with a great design, where every time you see it, it’s like, Aww, I love you! I feel that, I can’t help it.”

One look at the Becca collection, and you realize what romance-inspired furniture really looks like.