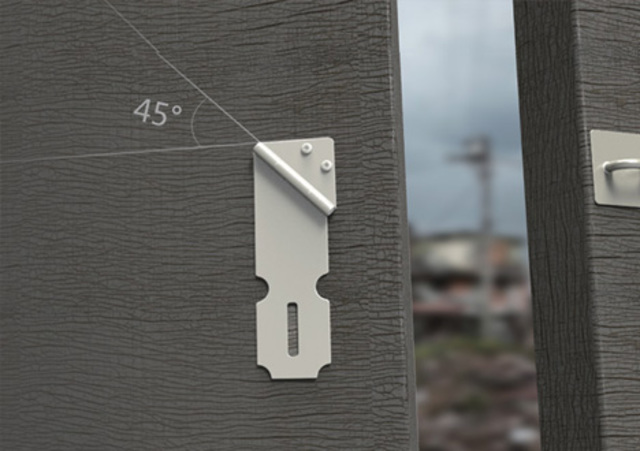 They get bent by use, flip, flop and flap around in the wind, get in the way and sometimes even hurt people by sticking out. Surely, there had to be a better way to keep doors and gates latched securely — and now someone has found it. It’s refreshingly simple, yet it may just be the best door hardware idea since the invention of the lock. 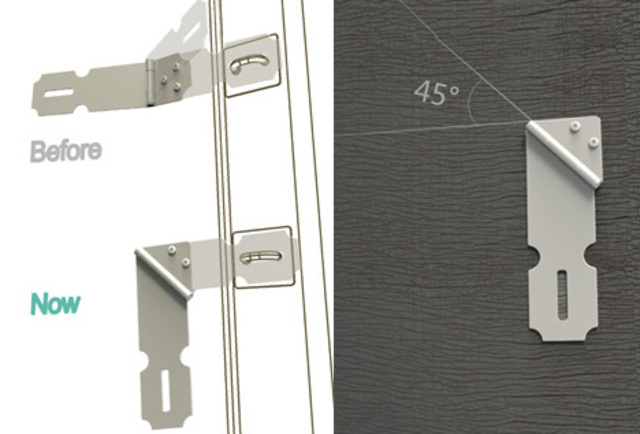 The change is simple: get rid of the orientation that tends to hang open in the open doorway, getting snagged and potentially causing injuries.

YankoDesign explains, “The traditional door catch is still being used in many countries. Although simple to use, the design has two major flaws. Because of its orientation, the catch tends to get in the way and hurt people and as a result, it bends and gets deformed. The simple solution is to change the vertical hinge to a 45° angle. This ways the moving latch hangs down flush with the door (thanks to gravity) and doesn’t come in the way. And like the design team puts it, ‘Safety is ensured and the lifespan of the latch is extended.'” 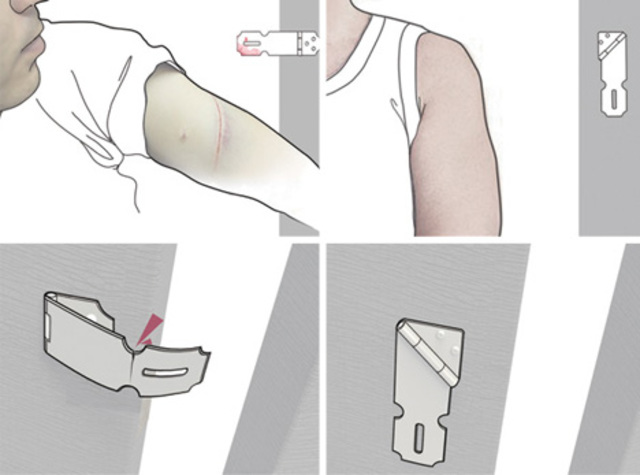 And while this type of latch is not often found indoors, it is frequently used outside — which, in many ways, makes them even more subject to abuse by weather, strangers and so forth.

The genius of this update on the design is not just in identifying the problem, or even solving it as such, but the incredibly easy resolution that requires essentially no more time, work or material than the original. A modest twist in orientation extends functionality, durability and safety. The extensive design team of Liu Xiangyu, Prof. He Xiaoyou, Ma Xiaodong, Geng Tao, Tang Xiaobo, Yu Lu, Zhang Ye, He Fang, Han Ya & Tang Hui are quite worthy of their Red Dot award.