A newly proposed tower for Manhattan’s Roosevelt Island stands to transform the city’s iconic skyline and change the way its residents live and work. French architecture firm Rescubika envisions “Mandragora” as a futuristic, environmentally friendly skyscraper covered in over 10,000 plants. If built, it would be the world’s tallest “carbon sink” tower, absorbing more CO2 than it releases. 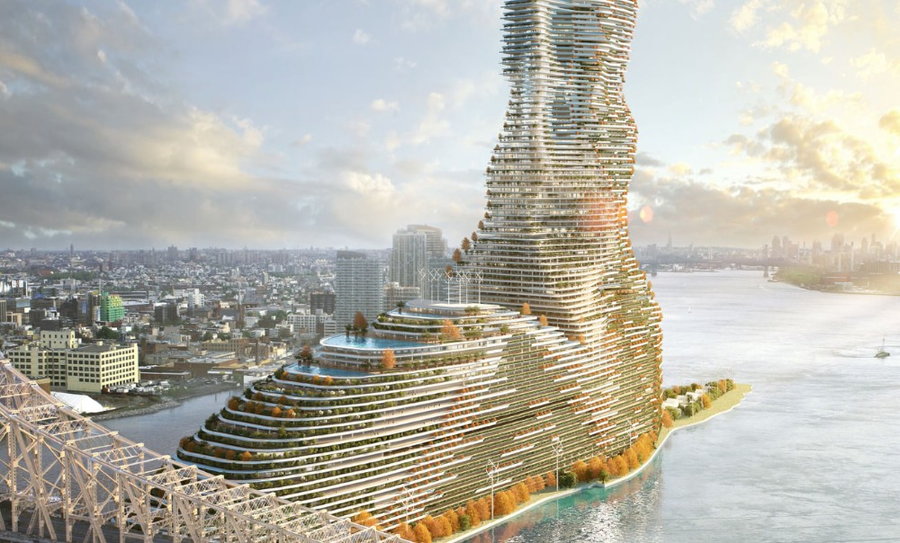 It definitely doesn’t look like anything New York City’s ever seen. With its undulating facade rising 2,418 feet into the sky, “Mandragora” is powered by 36 wind turbines and nearly 23,000 square feet of solar panels. Its elongated base is almost as wide as Roosevelt Island itself, which lies in the East River between Manhattan Island to the west and the borough of Queens to the east. In fact, the bottom of the structure looks a lot like a cruise ship docked in the river, albeit one that’s been stretched vertically to almost comical proportions.

The organic shape of the tower is a striking contrast to the more rectilinear, symmetrical architecture that surrounds it. The architects wanted it to visually represent a connection between humankind and nature despite its location in one of the world’s biggest metropolises. Developed as a response to the idea of “the city of tomorrow,” which would theoretically become carbon neutral by 2050, the 160-floor tower also incorporates organic materials like wood. 83,000 square feet of “plant walls” bring a whole lot of greenery to the exterior, supporting 8,300 shrubs and 1,600 trees. 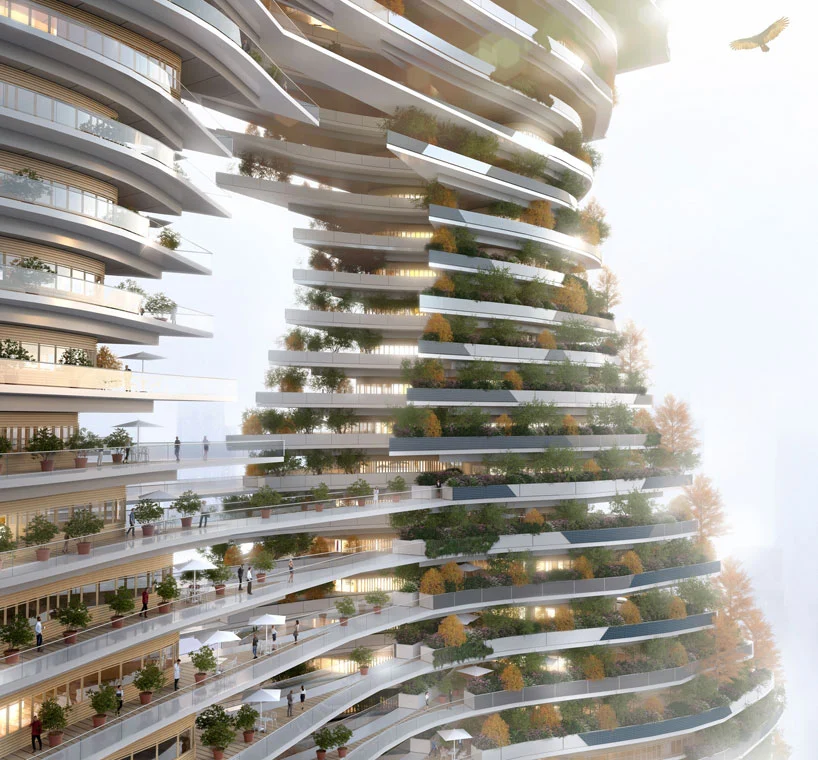 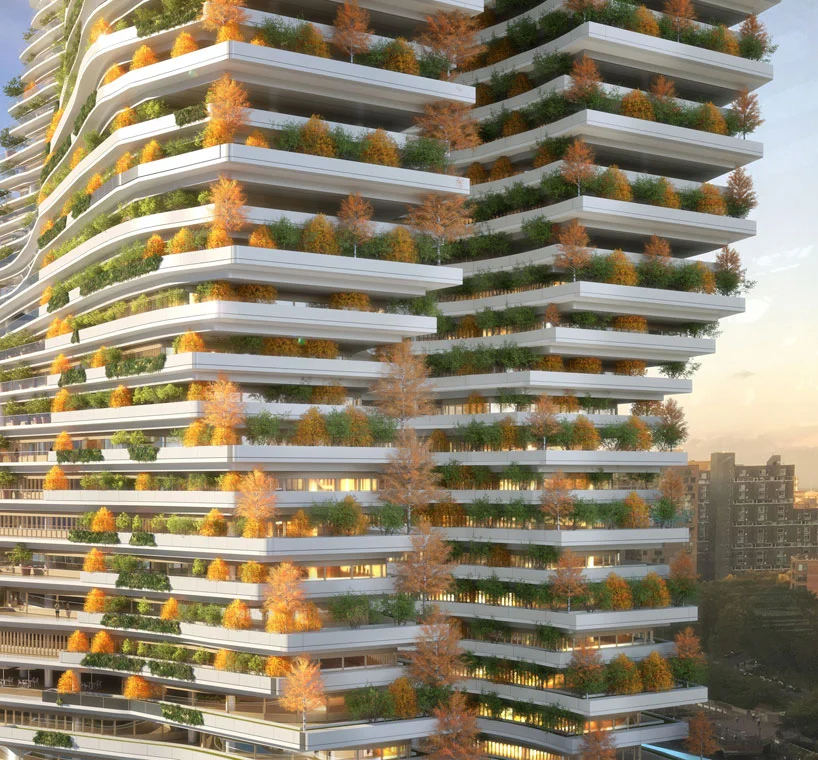 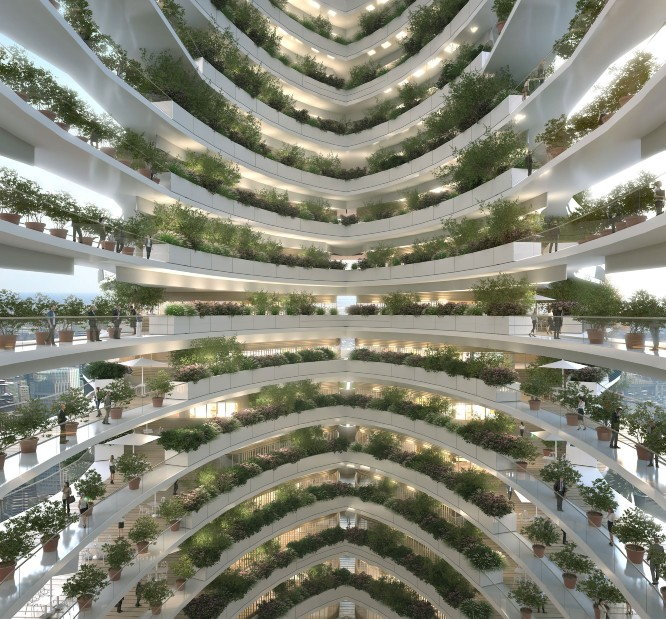 The tower combines both residential and commercial functions, but it’s also counting on its residents to achieve its lofty eco-friendly goals. For instance, each apartment will include an office, with occupants encouraged to work from home if possible to save the carbon emissions associated with commuting.

Rescubika named the tower Mandragora after the mandrake, a plant with a curious root shape resembling a human form. “The symbolism of the body confronts us with our own destiny, the one that reminds us that we must preserve our environment in order to live in symbiosis with nature,” they explain. 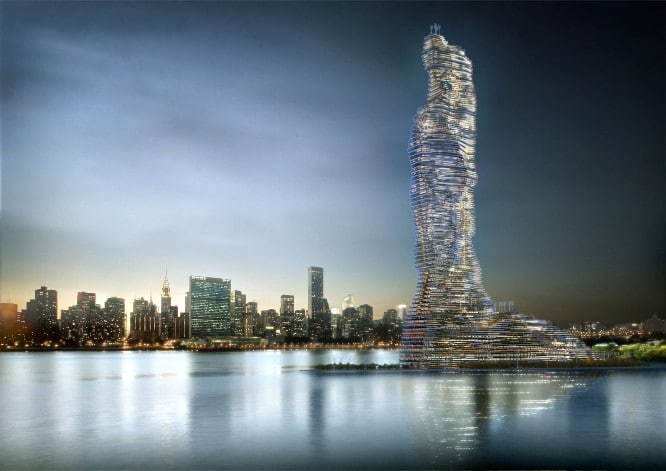 New York City’s local NBC station got reactions to the tower from some of their viewers, and many were skeptical. One woman said: “By the time they build it, I’ll be dead.” But how likely is it really that this tower will ever be built? Not very, and even if construction started tomorrow, that woman’s assessment still seems accurate. It’s definitely an out-there concept that’s still probably a few decades away from being considered realistic.

However, New York City is among the many cities working toward ambitious climate goals. The Climate Mobilization Act aims to reduce the city’s greenhouse gas emissions by 30 percent by 2030, which will require some innovation in architectural design and city planning. If nothing else, Mandragora could help inspire other forward-thinking designs. 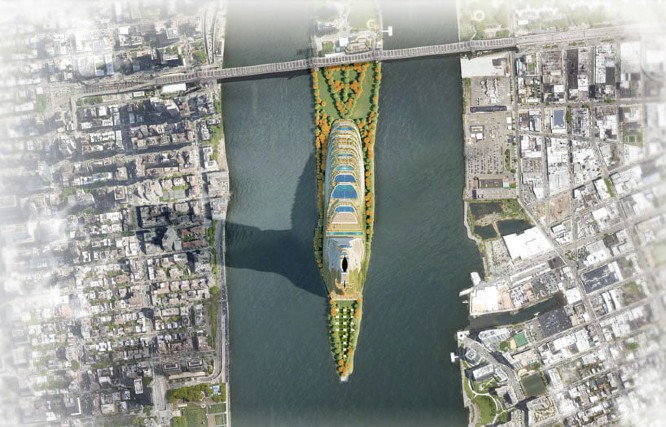 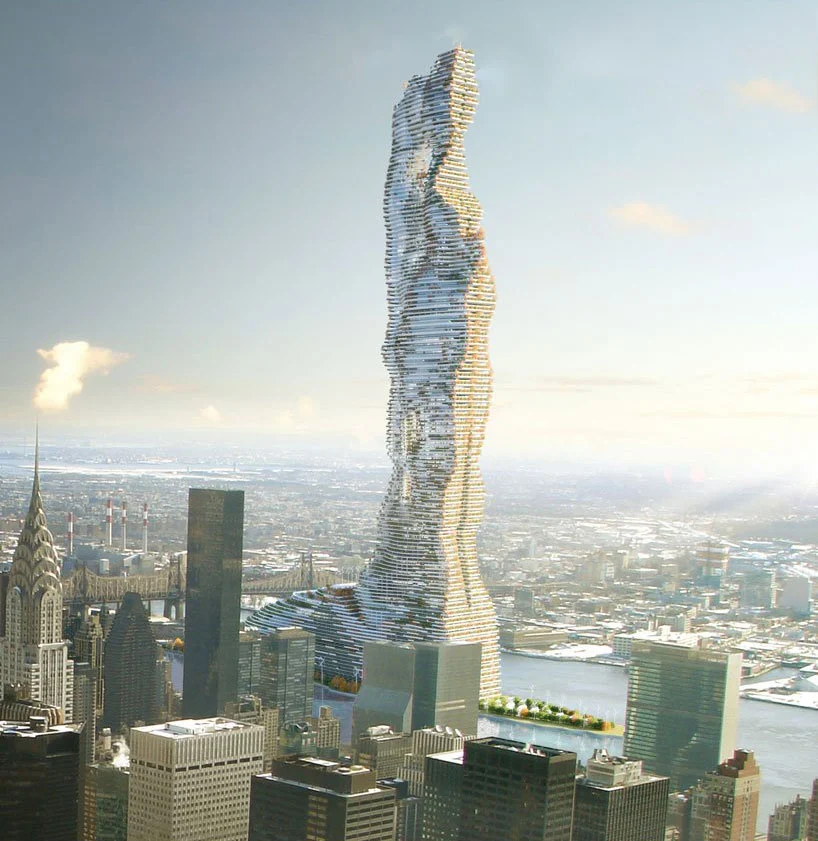