This year’s Dwell on Design conference took place from June 23rd to 25th at the Los Angeles Convention Center. The three-day event showcased some of the newest innovations in the fields of furniture and product design. One of the highlights of the exhibition was a celebration of influential designer Florence Knoll’s life and achievements. Knoll would have turned 100 years old this May. Dornob was at the convention and had the privilege of hearing her wonderful story first hand, told through a mix of information displays and, of course, her world-renowned furniture pieces. 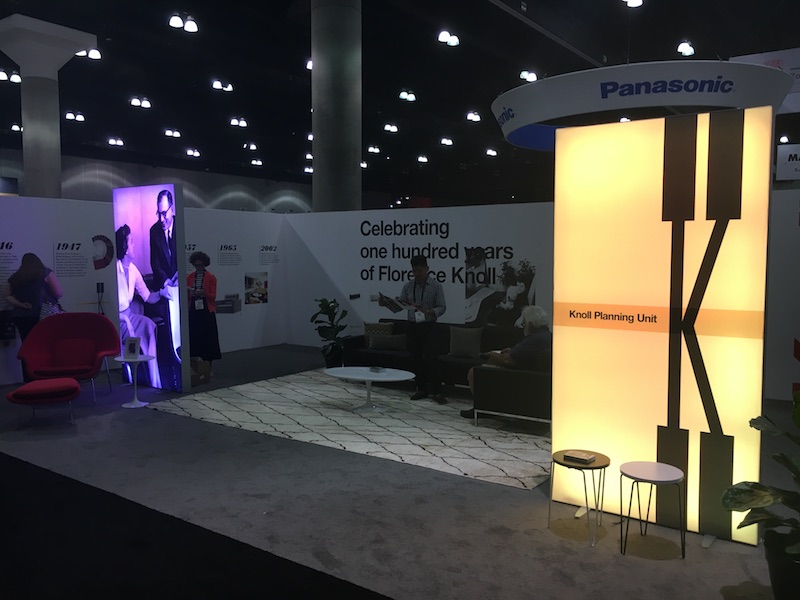 Florence Marguerite Schust was born in Michigan in 1917, but she would quickly begin going by “Shu” around her friends and family. Orphaned at age 12, she was sent to the Kingswood School, an institution that happened to be designed by the famed Finnish architect Eliel Saarinen. Saarinen was the head of the Cranbrook School of Art at the time (which shared a campus with Kingswood) and exposed Schust to the importance of architecture and design very early on. She soon became friendly with his son, Eero Saarinen, who would eventually collaborate with Knoll and become a distinguished architect in his own right. 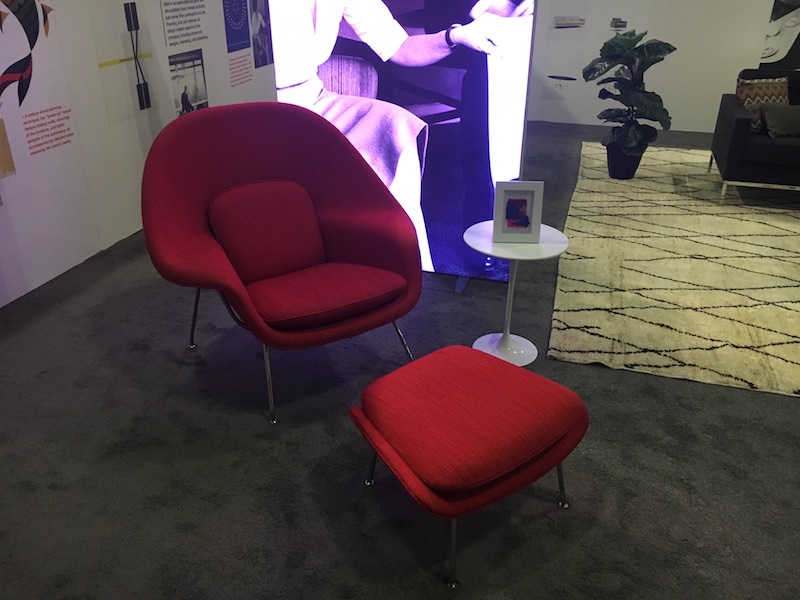 Schust went on to study design in a number of capacities between 1934 and 1939: at the Cranbrook School of Art, as a town planner at the Columbia School of Architecture, and at the Architectural Association in London. When the Second World War broke out, she returned to the US and enrolled at the Illinois Institute of Technology. These were her most formative professional years, as she was surrounded by the architectural and design heavyweights of the time, including Charles Eames, the Saarinens, Alvar Aalto, Walter Gropius and Marcel Breuer from the Bauhaus, and perhaps most importantly, Mies Van Der Rohe. These figures would become her mentors and instill a sense of rigor and precision in her that would later become synonymous with the Knoll brand. 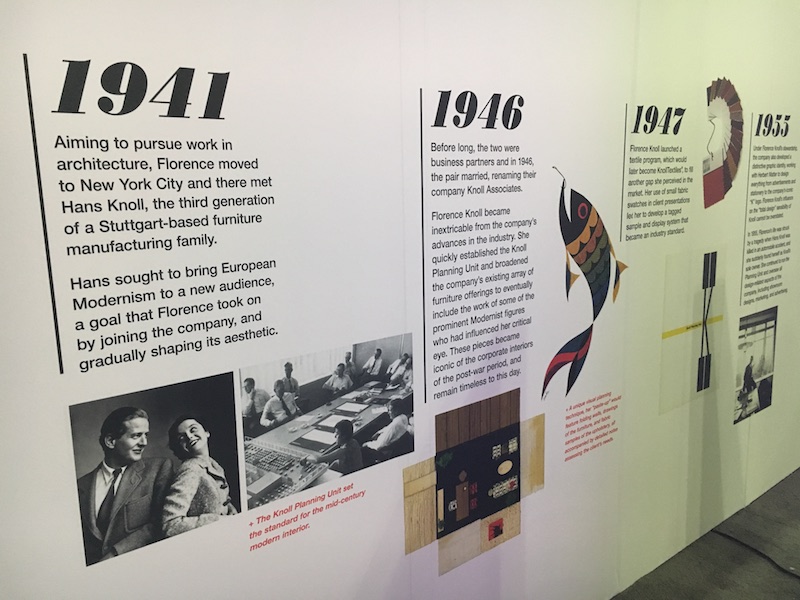 In the early 1940s, Florence moved to New York and met Hans Knoll, a German furniture manufacturer who had established his eponymous company there a few years earlier. The two became professionally and romantically entwined, marrying in 1946. By that point, Florence was already an integral part the Knoll team. Her modernist aesthetic and keen eye for proportion, detailing, and composition earned the business international acclaim. From then on, Knoll was a defining name in mid-century design. Knoll would single-handedly revolutionize post-war office interiors by creating the Knoll Planning Unit, break into the textile market by releasing a range of colorful and durable fabrics, and make her company a household name by prioritizing graphic design and brand identity. All of these achievements can be traced back to Knoll’s holistic approach to design, which she learned in turn from her Bauhaus tutors. 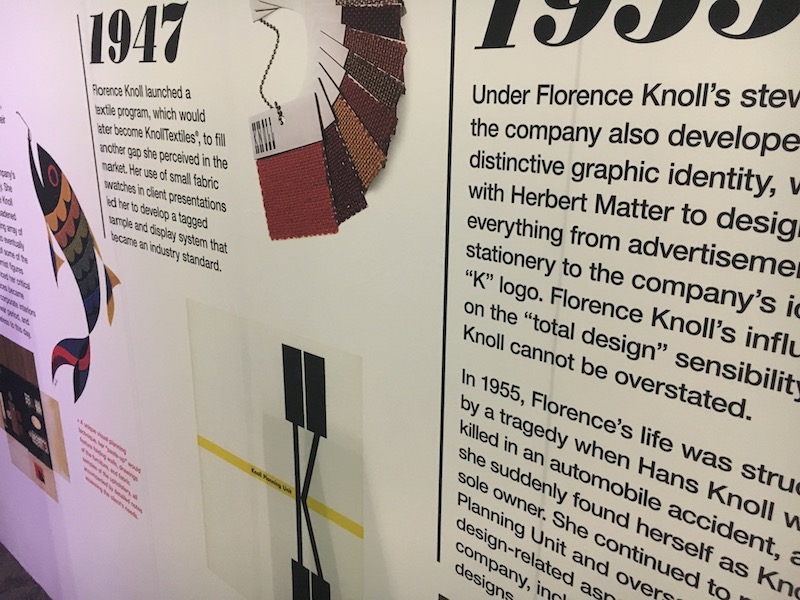 In 1955, Hans died in a tragic motorcycle accident, leaving Florence to run the company all on her own. Three years later, in 1958, she married banking executive Harry Hood Bassett. Two years after that, she decided to sell the company. Nevertheless, Knoll would continue to work with the brand until she officially retired in 1965. Interestingly enough, one of her final projects had a particularly high sentimental value to her. It was the completion of the CBS Building’s interiors, which were being designed by Eero Saarinen until he died in 1961. In 2002, she was awarded one of the most prestigious honors in the artistic field, the National Medal of the Arts. 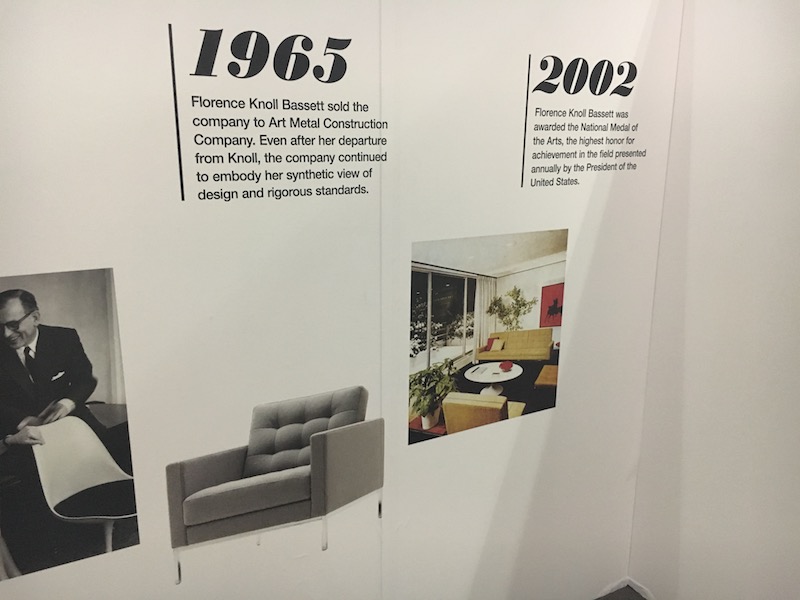 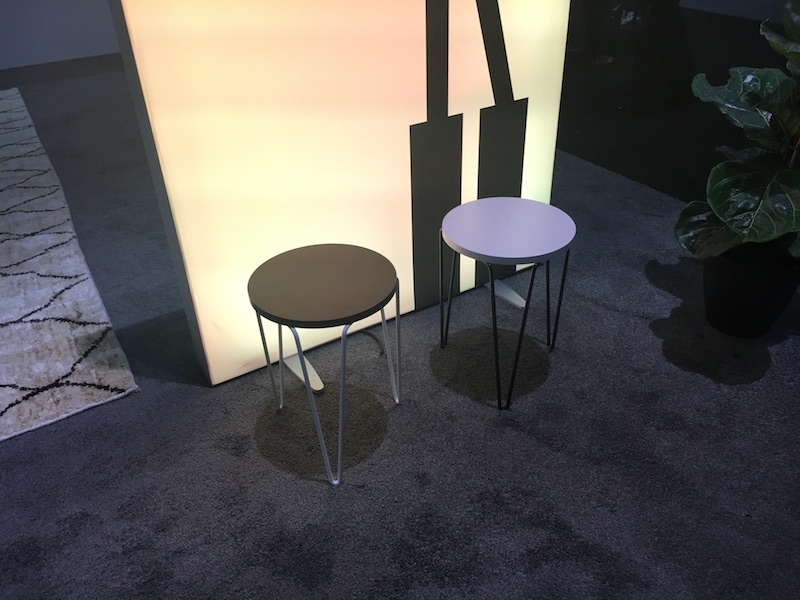 Knoll’s furniture is still a staple in most corporate interiors, lending them a minimalist elegance that only mid-century modern design can exude. To honor Knoll for her 100th birthday, the company pulled out an archive of her old designs, brought some of the pieces in it to life, and shared their results with the world at Dwell on Design. Reworkings of two Knoll classics, the “Relaxed Sofa” and “Lounge Chair,” were among the more notable models on display. These updated versions maintained the simplicity of the originals but were given a softer look to bring them into the 21st century. Knoll also brought its iconic “Model 75” stool to the convention, whose design was tweaked and reinterpreted to create a “Hairpin Stacking Table.”