It’s rare that a company refers to its own product as “villainous” in marketing materials, but in this case, it’s probably a selling point. Cluvens has created a piece of furniture that’s absolutely frightful, going far beyond the stereotypical villain’s throne to offer a kinetic transforming mechanical chair that might as well be the bad guy in the next Alien movie. 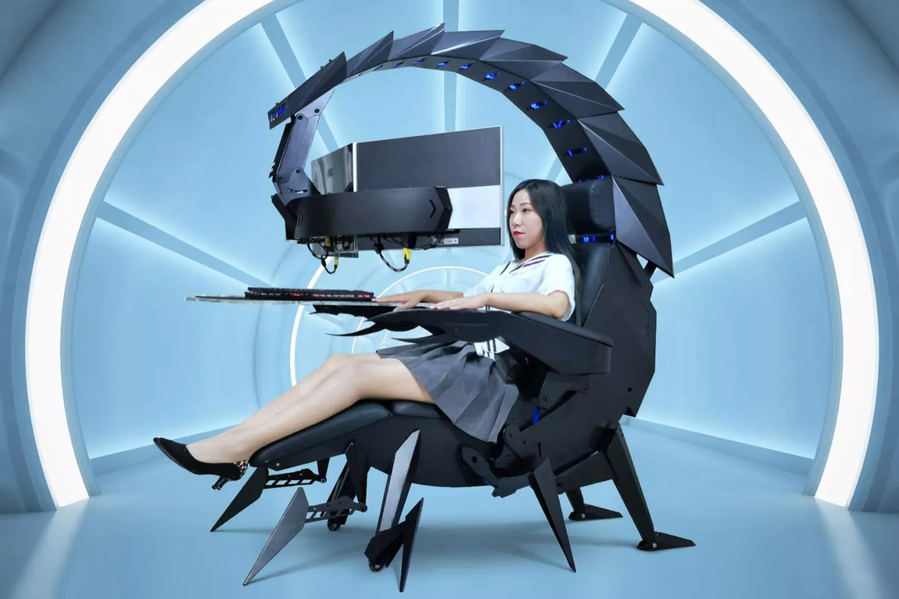 The Cluvens IW-SK zero-gravity esports gaming chair and workstation is intimidating enough when it’s static. Its black metal form arches over upon itself, supported by eight sharp legs. The user climbs inside, cradled by a scorpion’s tail, face to face with monitors mounted to the mechanized creature’s “stinger.”

But the real kicker is that this thing moves. The chair starts in an inclined position with its tail curved back, making it easier to sit. Activate its transforming feature, and it curls itself around you, two movable arms trapping you in with surfaces for your keyboard and mouse. It’s certainly not for the faint of heart or the claustrophobic — but it could be for someone who wants all their colleagues to be absolutely terrified of them, probably.

As the company puts it, “with a touch of a button, it transforms into whatever you need it to be.” Cue the horror movie music.

Honestly though, if you aren’t afraid of scorpions, it’s pretty cool. Both the angle and distance of the monitors is adjustable, and you can have either a single or triple-screen setup. The motorized cockpit can sit you upright or lay you back, and the chair even features massage and heating functions so you can relax after a long day of evil plotting.

Since the pandemic is generally keeping us from being in offices together, most buyers will have to settle for terrorizing members of their own families for now. But if you’re willing to drop $3,299 on this showstopper, you’re probably also willing to wait for the perfect opportunity to give more people the scare of their lives when you press that button. 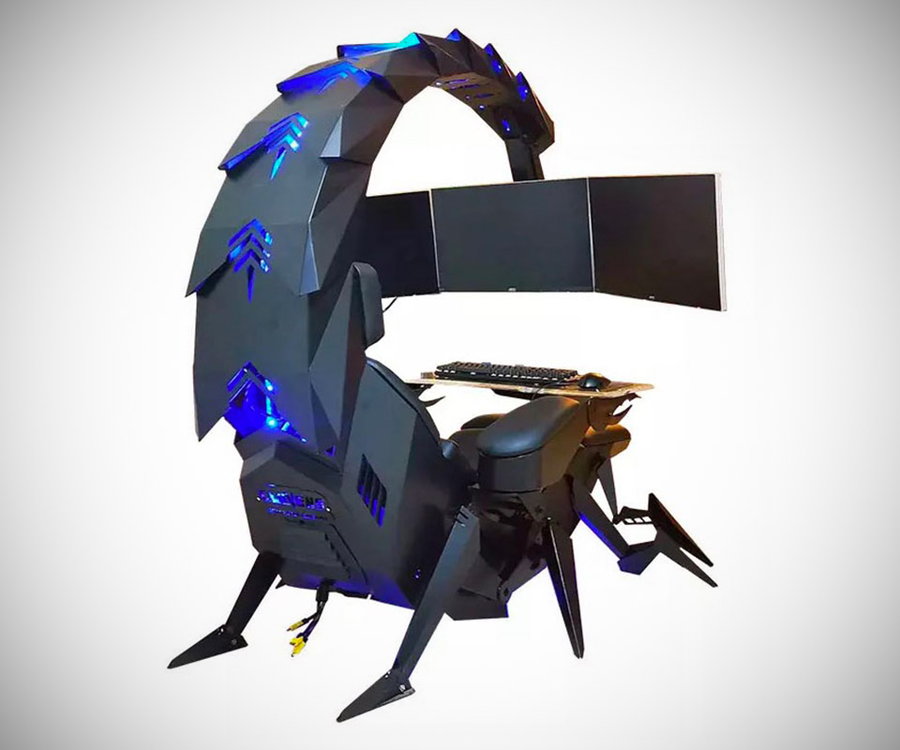 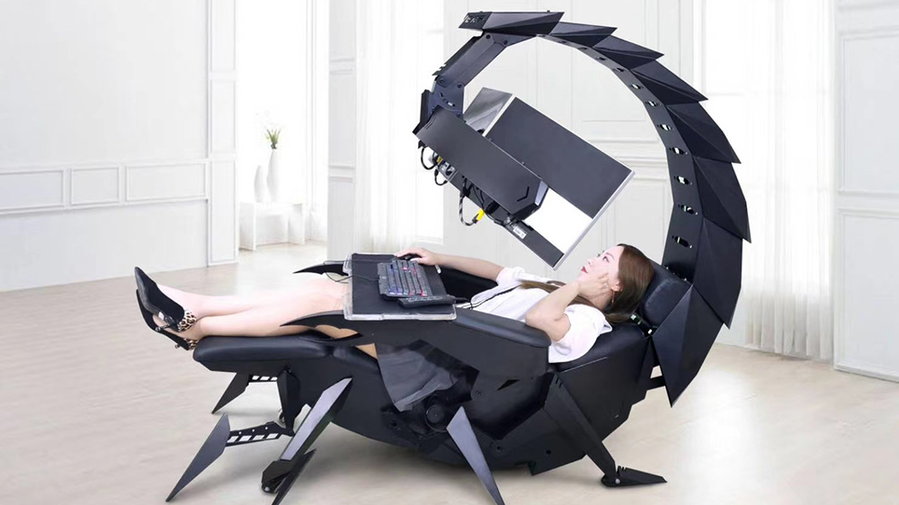 The Cluvens team adds that “the Scorpion’s claws look a little sharp, but they actually [have] rounded corners. So you don’t have to worry about getting cut by the corners. Its main function is used as a keyboard and mouse stand. On its side there is a slot that conveniently stores a remote control for the cockpit. A simple press and the Scorpion will change into your favorite pose.”

“The Scorpion’s legs are surprisingly mobile as well. It really looks like a live scorpion. So sometimes I feel like it’s my pet and not a machine. You don’t have to worry about the Scorpion’s feet scratching your floor [though], because these legs aren’t actually touching the floor. While each Scorpion requires a reservation, once you get it, you will never regret the weeks of waiting. Meanwhile, your social circle will be busy, because all of your friends will want to know where you got this next-gen toy.” 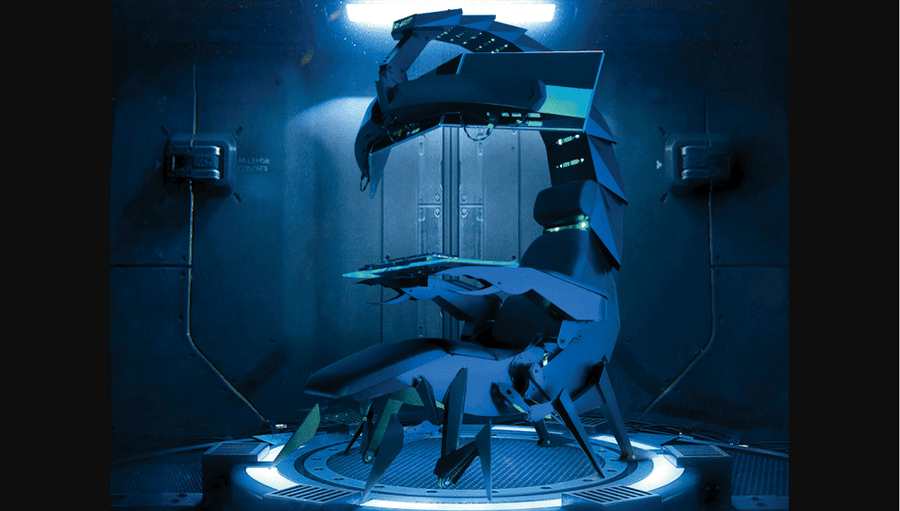 Gamers, is this your dream chair, or is it more like a nightmare? Let’s just hope this thing is never connected to the internet so it can become sentient and crash through your window out into the streets.