Sustainability experts and advocates have long called for concentrating most of the world’s population in urban centers with robust public transportation systems and walkable neighborhoods, giving everyone ample access to public resources and jobs. Ideally, this arrangement would free up more land for agriculture and unspoiled wildlife habitats in rural areas. Still, the argument that a city lifestyle could be inherently “greener” than a country lifestyle assumes that the people living outside of the city would be contributing to the sprawl by occupying large plots of land — but what if former urbanites moving outside cities stuck to more compact residences? 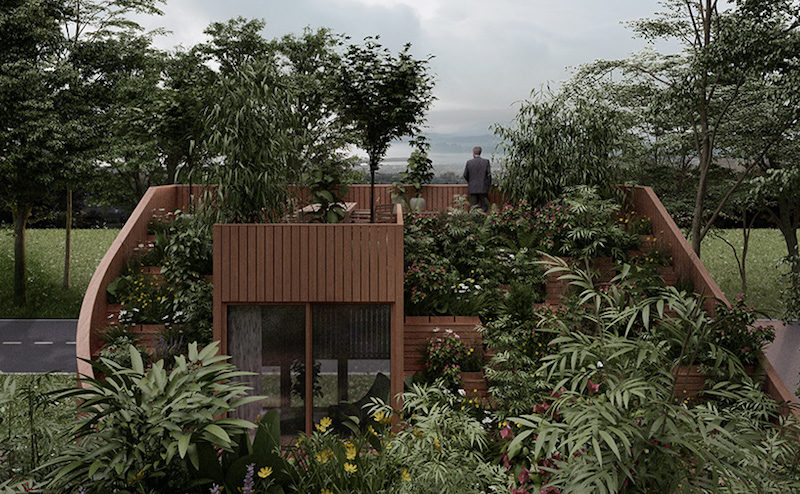 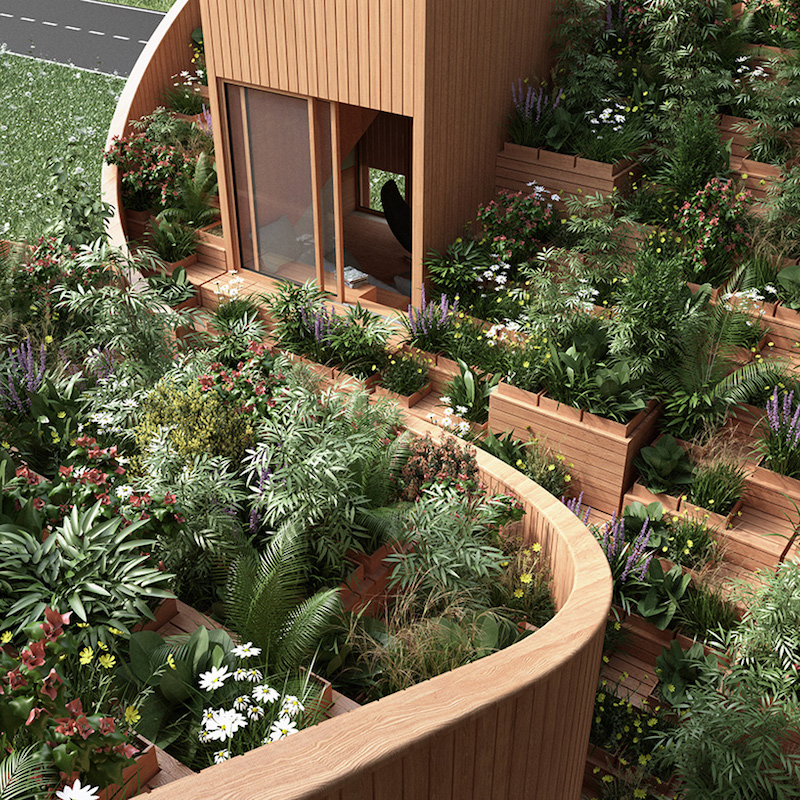 The Beijing and Vienna-based architecture firm Penda argues for a new paradigm for rural living that would make everyone more self-sufficient at an individual level. With “Yin & Yang House,” a proposal for a small town in Germany, the architects suggest that anyone able to work from home should move back to the countryside and grow their own food to reduce human reliance on industrial agriculture. According to them, that still doesn’t have to mean purchasing many acres of land and becoming a part-rime farmer. Instead, we could build homes that take all of our needs into consideration, providing us with a private living space, a separate but easily accessible workspace, and a garden that could adapt to the changing seasons. 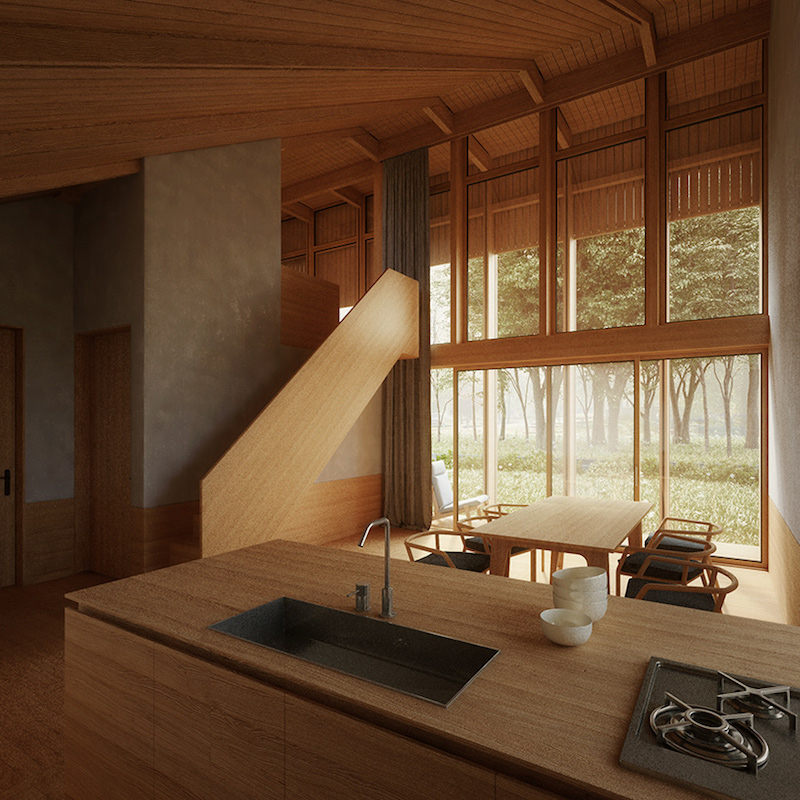 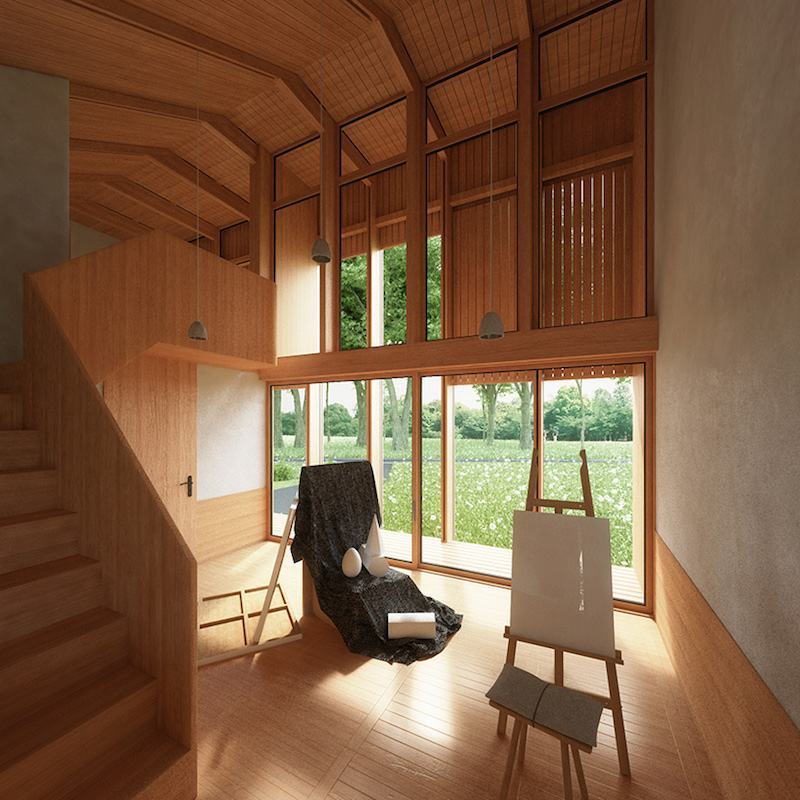 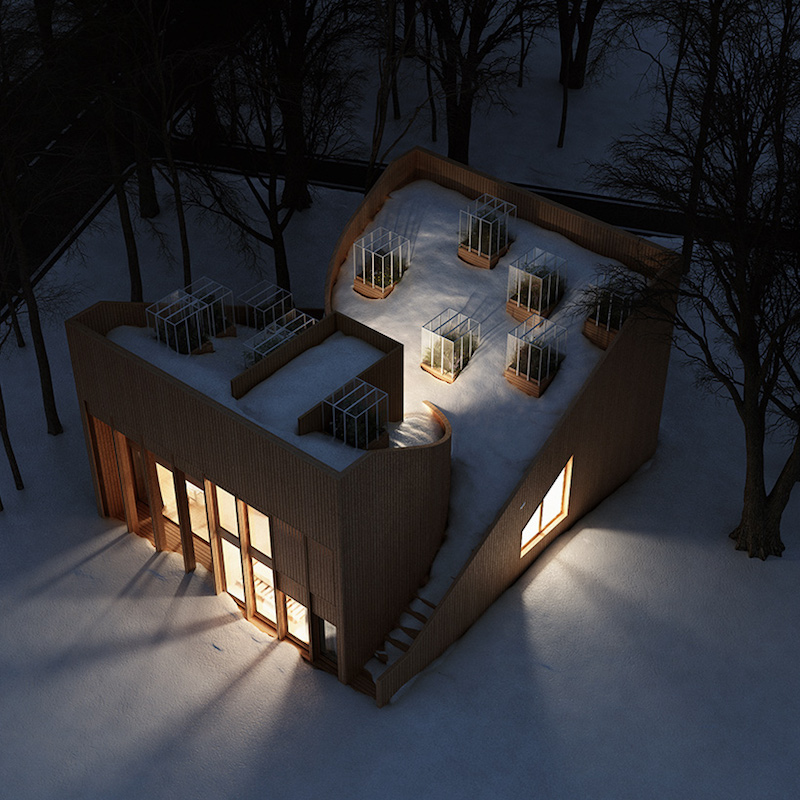 Such is the concept behind the Yin & Yang House. Two opposite but harmonious spaces interconnect with each other within a small footprint, and every available square inch of space is put to good use. These two separate parts angle in towards one another at the center of the home, creating two terraced rooftops with staircases on either side. Because platforms and planters have been built into these rooftops, they also serve as a sizable garden for the residents to utilize. The house thus becomes a landscape in its own right, full of little hills and valleys.

“Whenever architects design a building, they take an area away that used to belong to nature,” says Chris Precht, one of Penda’s co-founders. “We try to give this space back to plants on the roof. At the same time we provide a gardening system for the owners with greenhouses in winter and rows of planters for the rest of the year.”

The roof’s shape also allows it to easily capture rainwater, funneling it into storage containers for future use. On top of that, flexible greenhouses can be added to certain sections of the garden to continue growing crops during the winter. Add renewable energy like solar power into the mix, and one could very well go fully off-grid. 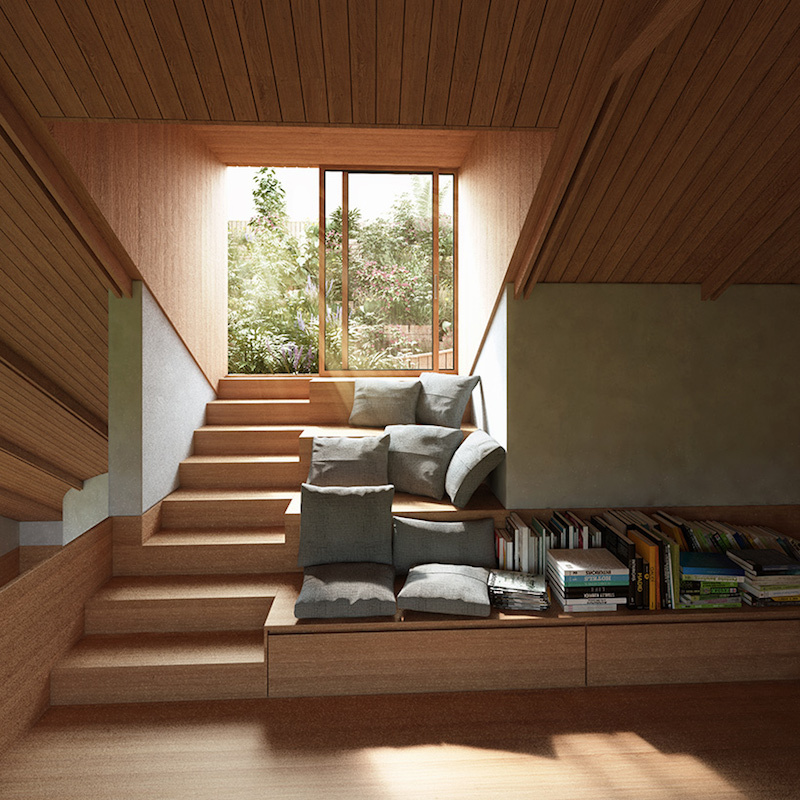 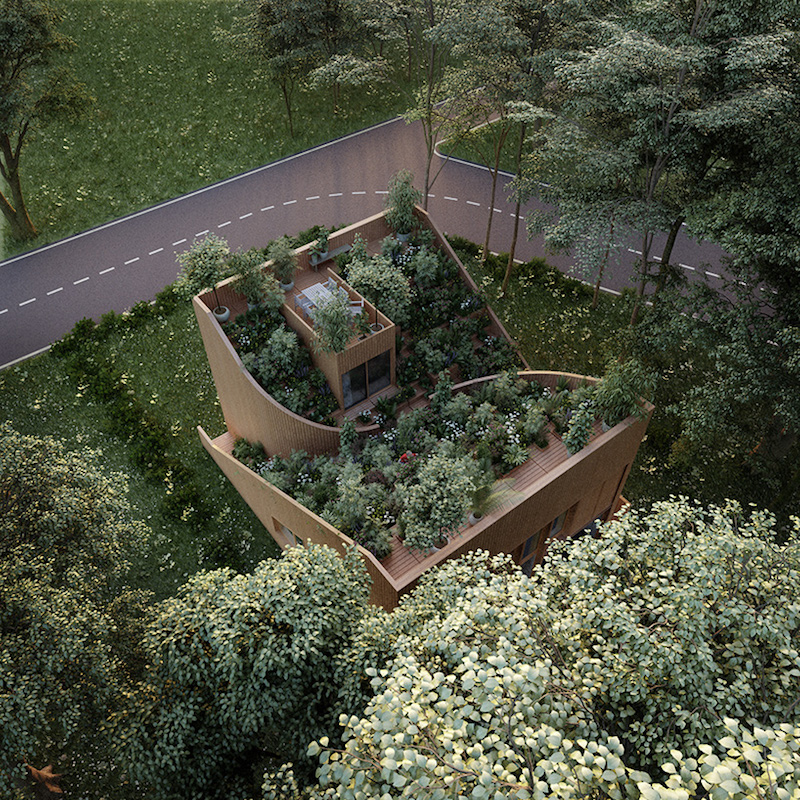 Penda explains that growing your own vegetables, fruits, and herbs changes your relationship to food, making its production a part of your identity. They also believe it enhances your connection to the earth itself.

“When architecture supports the way we grow our food, a house becomes more than ‘just’ a building,” says Precht. “It attracts all your senses. Nature makes the house visually appealing because it changes its look according to the seasons. Natural materials make it haptic. You can hear your house, because different animals like bees or birds become part of daily life. It has its own natural scent, based on the plants growing on the roof. And in a way you are able to eat part of the house. This sensible architecture creates a special bond to the building and it creates a personal relation.”

It’s safe to say that even with edible plants covering your entire rooftop, you wouldn’t be able to produce everything you needed to survive, but a garden space like Yin & Yang House is certainly a good place to start. Construction is scheduled to begin in the summer of 2018.