At one point or another, all of us have found ourselves in an awkward social encounter that we wish we could get out of without being rude or offending the person we are engaging with — and this happens to some of us more than others. Millions of people around the world suffer from social anxiety, a disorder that can be especially debilitating in cultures where people are expected to behave politely and act comfortable around others. Lucky for us all, one Taiwanese designer has had enough of these social pressures and has designed a chair in response to the unwanted sense of obligation she feels when presented with a situation she cannot escape. “Sometimes I just want to be alone, but in my culture, it’s impolite to say so,” explains Yi-Fei Chen. “If you need private time at a party, people will think that your mum is sick or that your dog has died.” 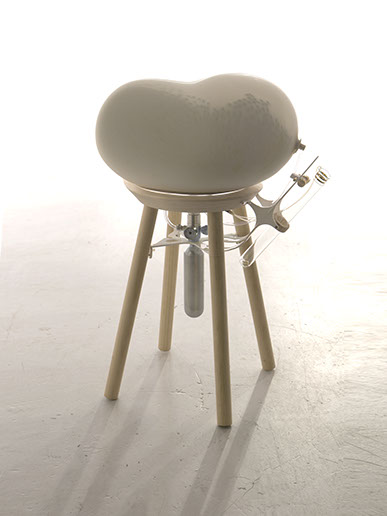 Chen says she was actually inspired to create the chair by thinking of smokers — more specifically, by how going out for a cigarette was the perfect excuse to get out of any potentially anxiety-inducing situation. In that sense, her chair works like a cigarette. It’s an unusual contraption, but it relies mainly on inflatable technology. The cushion rests on a wooden stool and is filled with foam pellets, which expand to inflate the seat when someone is sitting on it. The idea is that the cushion will inflate so much during unwanted conversations that it eventually explodes, thereby causing a scene and allowing you to get out of the situation without coming off as rude. 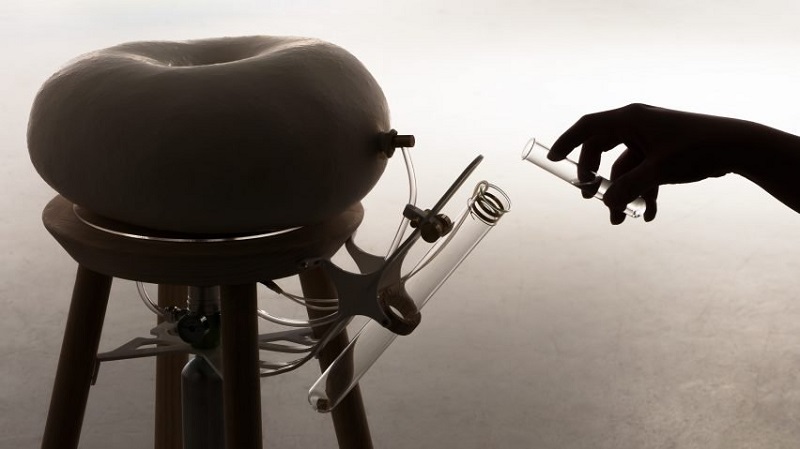 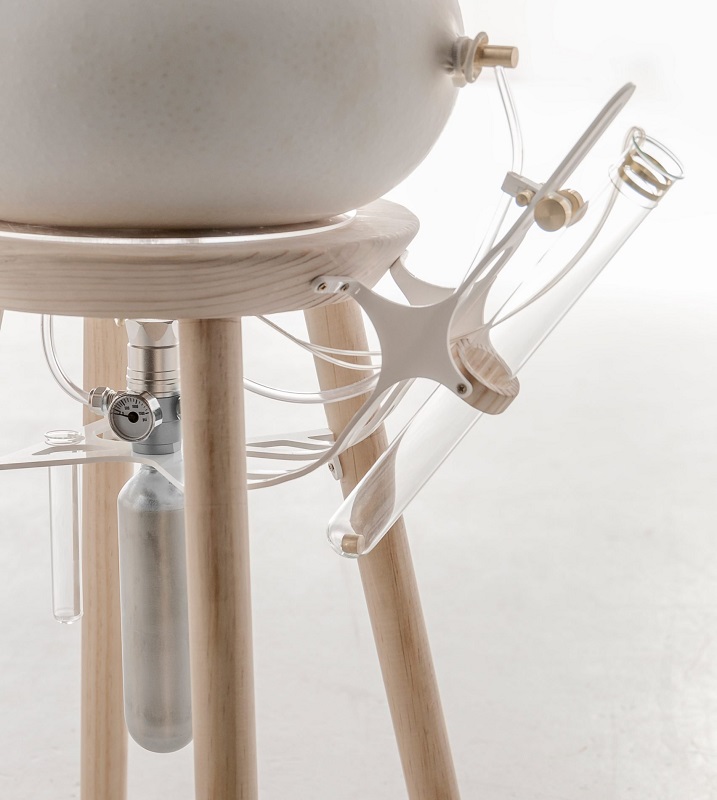 Of course, this solution may be a bit over-the-top for some sufferers of social anxiety, who would hate the idea of having more attention put on them after sitting on an exploding chair. To avoid that problem, the stool has been equipped with another clever mechanism, which not only helps deflate the cushion but also allows the user to interrupt the conversation at any given time. To make use of it, simply pour water into a glass tube attached to the front of the stool. This action activates a valve, which releases a little air out of the cushion. To keep it from exploding, the user has to keep pouring water down the tube — a repetitive action that would enable them to leave the conversation in a less dramatic fashion. 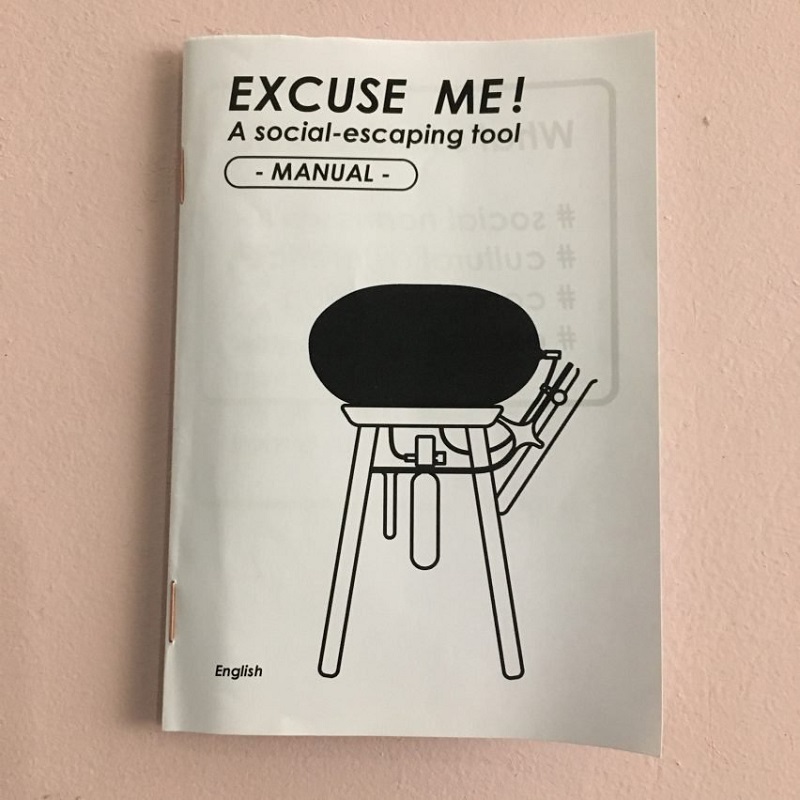 Continue reading below
Our Featured Videos
This may seem like an extreme length to go to to get out of an awkward encounter, but the concept is more metaphorical than it is literal. The inflating cushion mirrors the buildup of tension the designer feels when she finds herself in an uncomfortable situation. Chen also says her stool offers a fun way to explore “excuse culture” through design. The chair’s name is “Excuse Me,” and it was presented at this year’s Dutch Design Week in Eindhoven, where Chen previously attended the Design Academy. The stool looks a little confusing, so she’s produced a handy manual to teach its users how to work it.