It seems like apps can do it all these days. They keep track of your finances, put together your grocery lists, and even act like handheld workout companions. But it’s not just day-to-day maintenance and chores that seem to be getting upgrades when it comes to apps. There are also a parade of fun things you can do with them, if you’re looking to get creative. 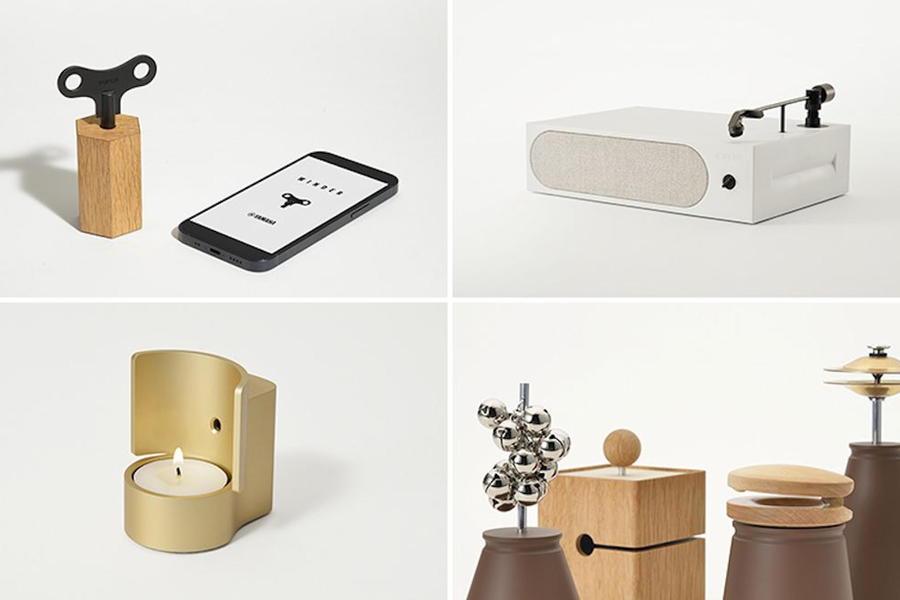 Enter the newest offering from Yamaha Design Laboratory. “Stepping Out of the Slate” is comprised of four interactive music devices that aim to make playing music on your phone feel like a more tactile and immersive experience — an orchestra in your pocket that goes way beyond a simple push of a button.

Yamaha recently introduced prototypes for the devices, each with a snazzy name befitting its symbiotic function with your smartphone: the “TurnT,” “Winder,” “MusicLight,” and “RhythmBot.” The group aims to expand on the already burgeoning market for digital accessories and experiences that bring music to users’ pockets. But rather than solely relying on an app to replicate more traditional music experiences, these gadgets provide music lovers with a more interactive (and fun) way to play their favorite tunes. 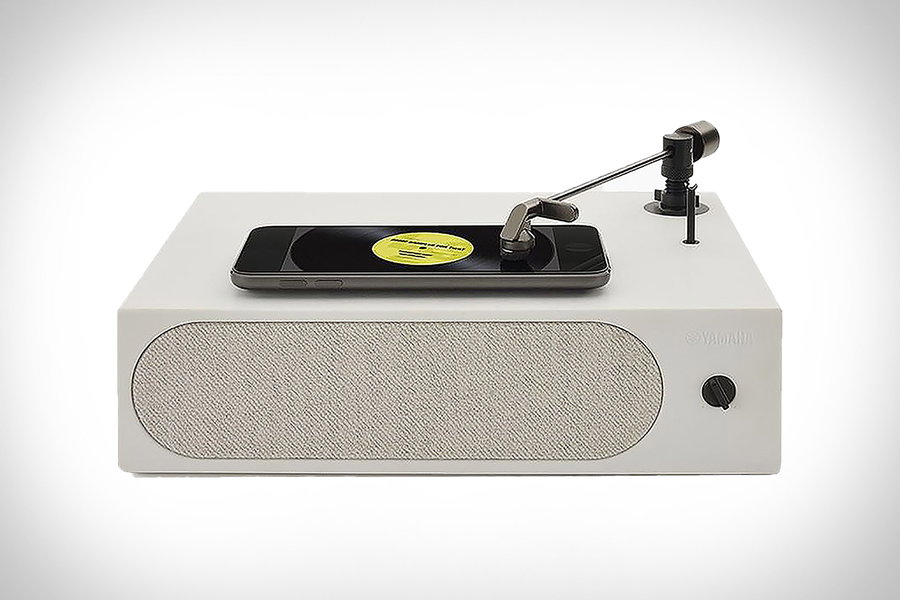 The TurnT is just what it sounds like: a turntable, or record player, for your phone. Using your screen as the record, the TurnT’s stylus is positional and can be used to switch songs and albums, while also signaling the record to start playing. As the company recently said, “The step of carefully placing the stylus over the record [brings] back the nostalgia” of choosing your vinyl of choice and the anticipation of waiting for it to play. 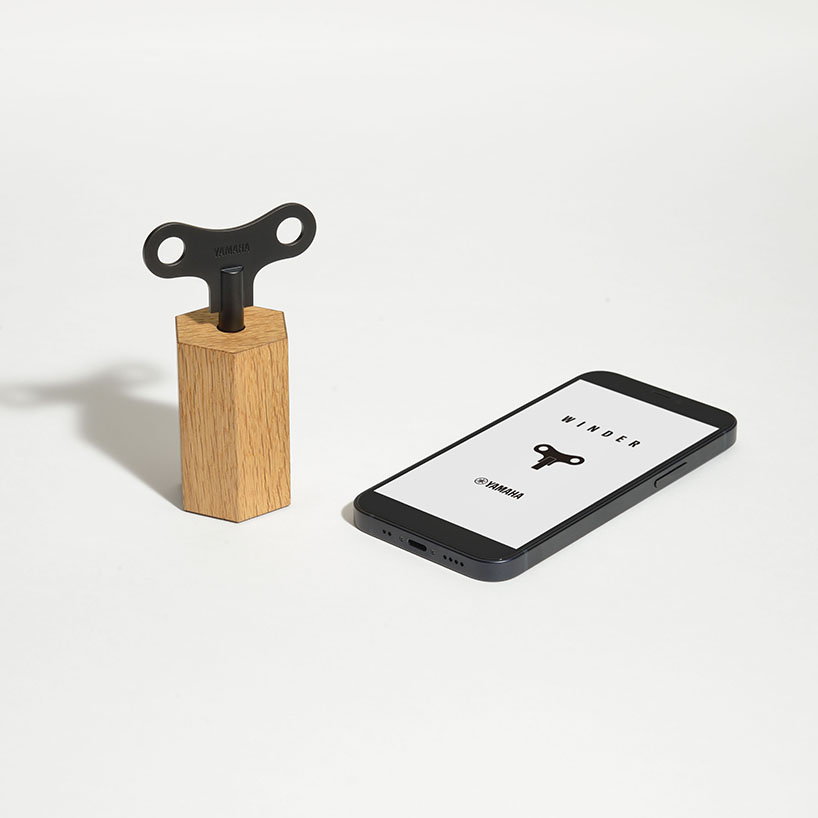 If the TurnT is nostalgic, then the Winder plays even more on those retro analog feels. A key functioning as a music box, the user need only wind it to begin playing music on their smartphone. Here, the sound works directly in tandem with the movement of the spring, producing a distinctive flutter that is full of depth and texture for a more intimate interaction. 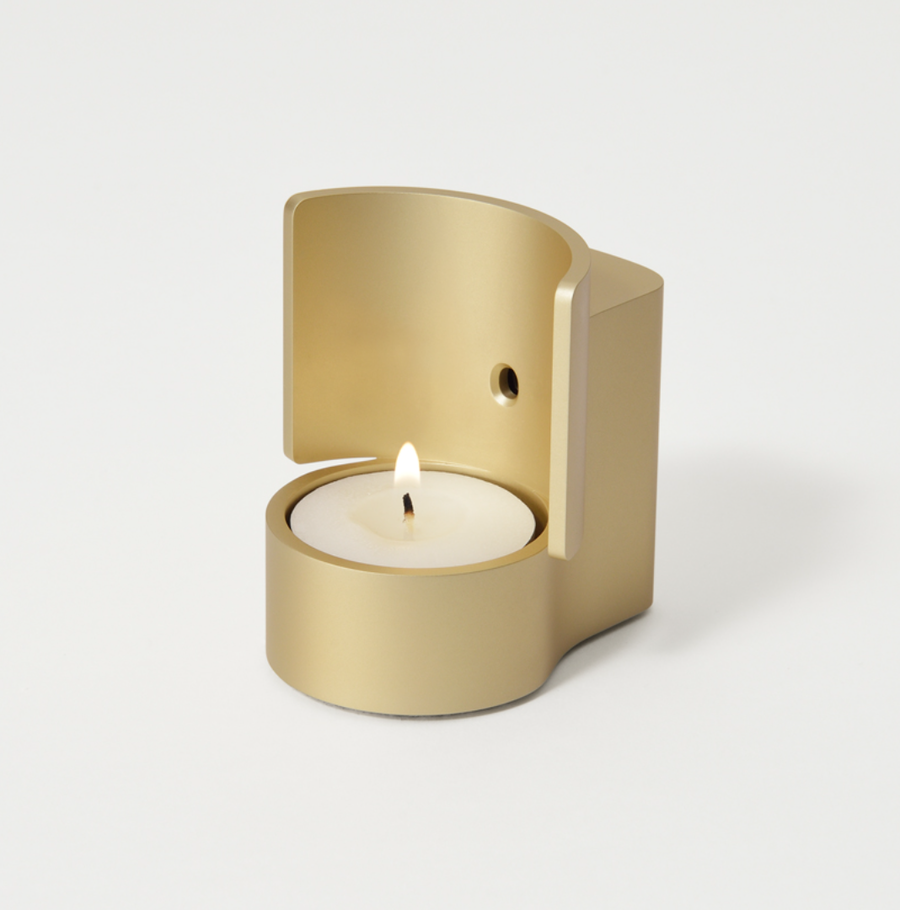 MusicLight is a candle that interacts with your smartphone. When lit, the music begins to play, as the sound itself changes gently with the flickering of the flame. The music even fades when the candle goes out. This accessory is all about creating a mood that works with the music, “Like listening to a song around a bonfire, the flame flickers in unison with the sound, creating a rich atmosphere,” says Yamaha. 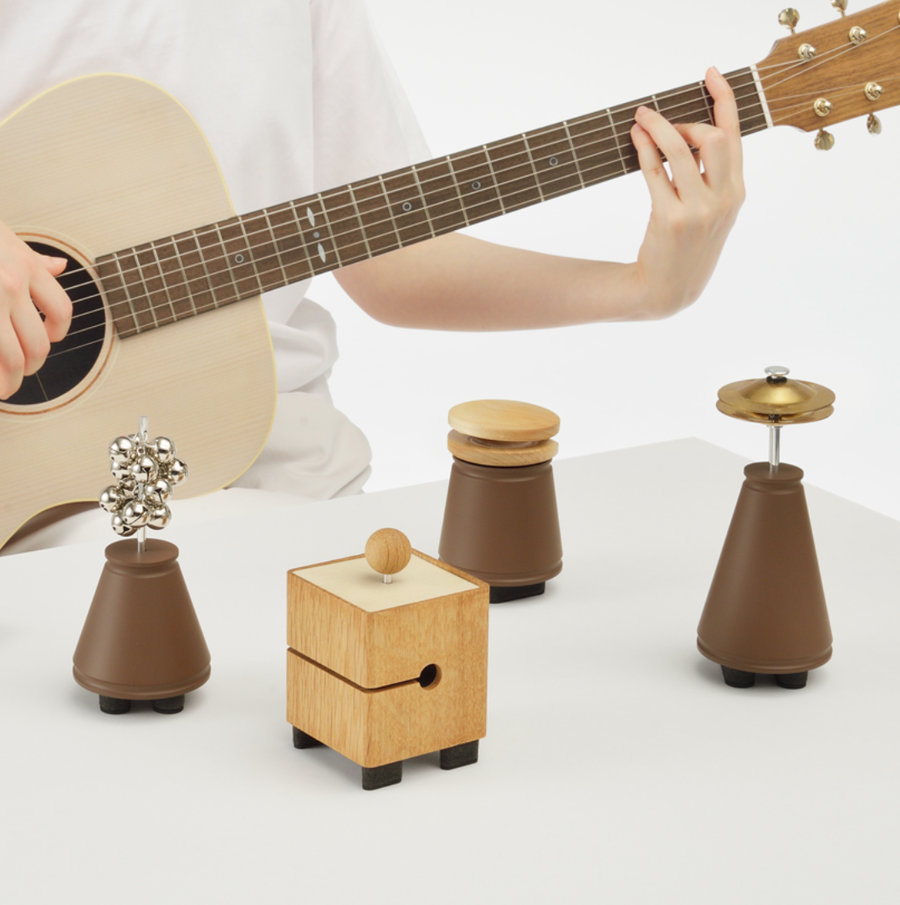 Finally, the RhythmBot is a futuristic metronome that’s meant to accompany performers while they’re playing. But unlike its predecessor, the RhythmBot consists of four small bots that each play their own distinct percussive instrument. Able to sync with your phone, the bots are highly intuitive and can tune themselves to the players’ tempo. They can even accompany you as you play; the Garfunkel to your Simon, if you will.

Which new Yamaha toy are you most excited to try first?