The award-winning architecture and design firm XTU Architects recently revealed their proposal for the French Dream Towers, a complex of four highly stylized and environmentally friendly towers. These futuristic yet organic structures are mainly comprised of glass, but they also feature panels of micro-algae, allowing them all to counterbalance their respective impacts on the environment.

“Biofacades” work with the planet in a variety of ways. Since the building materials have been fused with living, photosynthetic organisms, the towers will actually be able to absorb carbon dioxide and release oxygen into the atmosphere. Additionally, the algae will serve as a clean and efficient form of insulation. In a similar way, it will also depend on the heat generated by the buildings themselves. The architects explain that the towers’ exteriors “allow [for] symbiosis: the biofacade uses the thermal building to regulate the culture temperature of algae and at the same time these facades allow a much better insulation of buildings.” 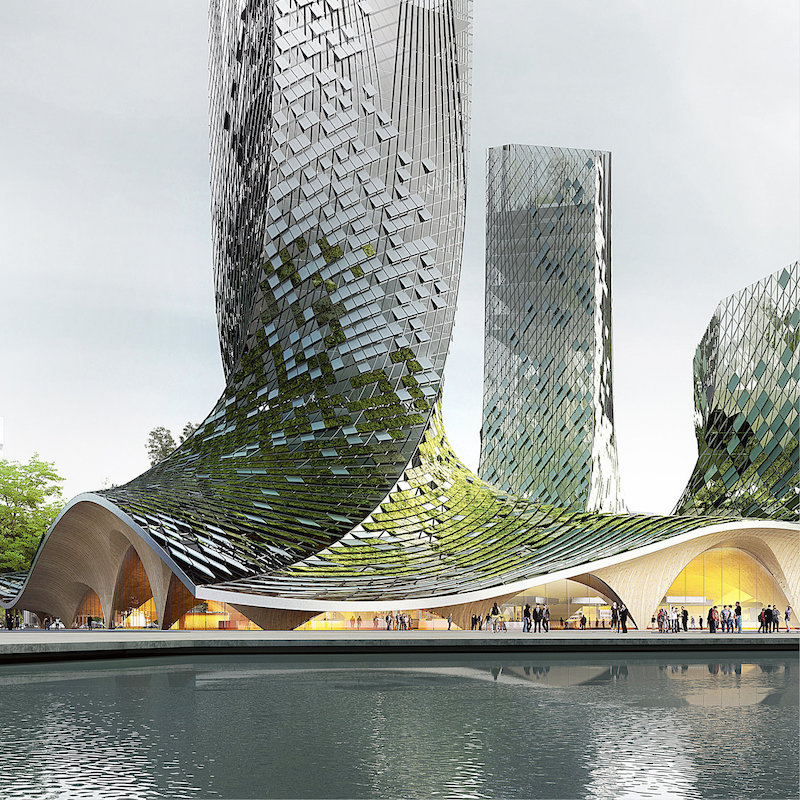 The project is set to be completed in Hangzhou, China. Since water is a large part of the city’s industry and culture, the architects created the high-rise with that history in mind. More specifically, the towers are located around one of Hangzhou’s central bodies of water. The structures’ natural sloped shapes will also allow for extensive rainwater harvesting. Rainwater will travel down the sides of the twisted towers and accrue in a collective basin below the connected high-rises.

The tops of the highest towers will hold greenhouses, not only for the benefit of the planet, but also for the mental well-being of the building’s occupants. These spaces are expected to provide fresh air in a lush and tranquil area for relaxation and reflection. 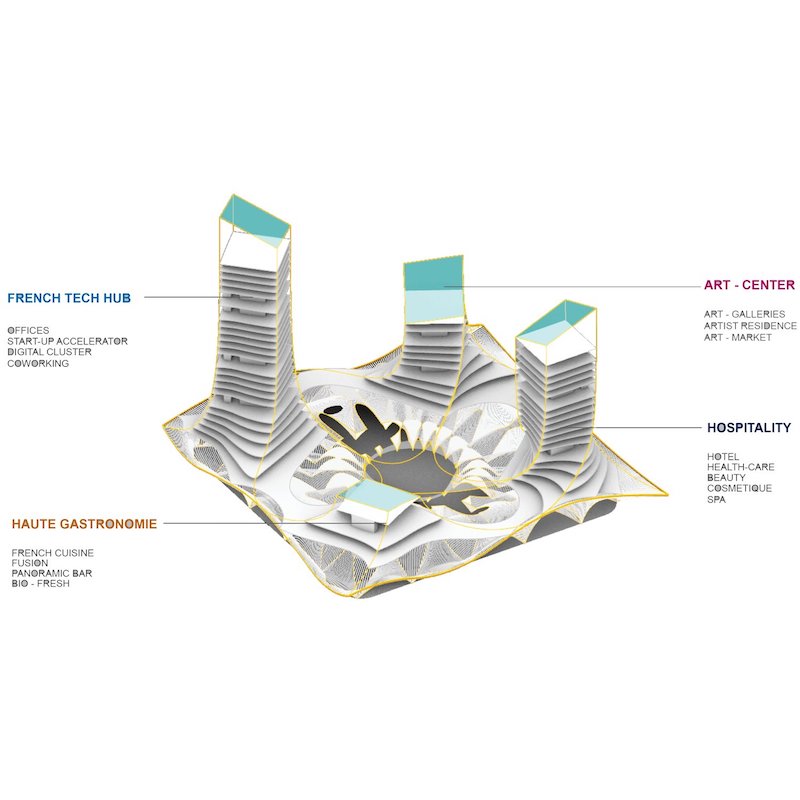 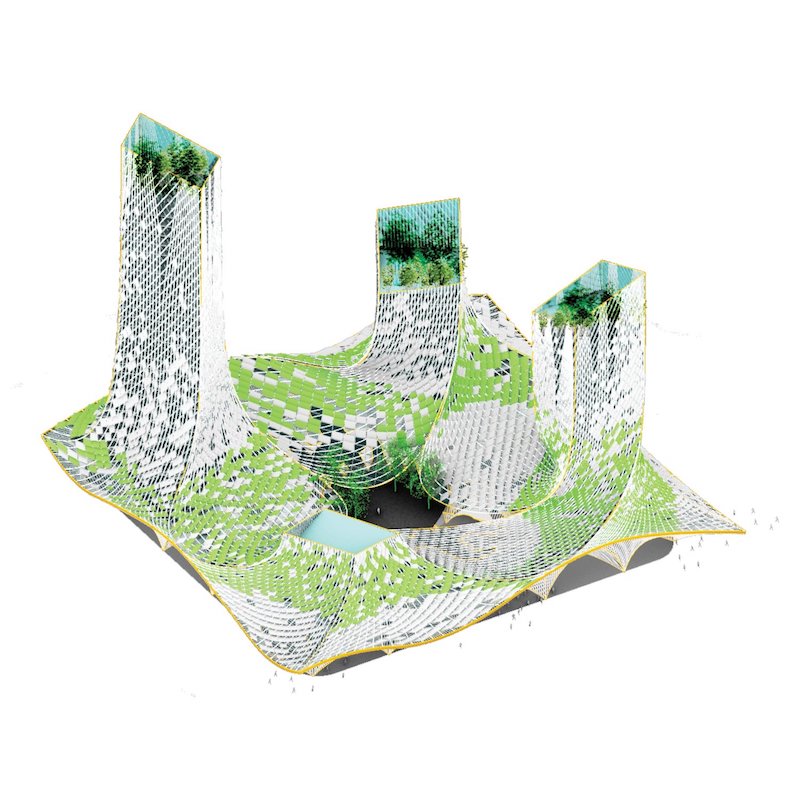 Each of the four towers will be dedicated exclusively to “French Expertise,” though the complex will still be a very mixed-use development. A tower centered around “Haute Gastronomie,” meaning “high-end cuisine,” will be full of French, fusion, and bio-fresh restaurants. This section of the complex will also house a panoramic view bar. Another part of the complex will hold the “French Tech Hub,” consisting of offices, co-working spaces, and a digital entertainment cluster. The “Hospitality” tower boasts a hotel, a spa, and a healthcare center. Finally, the “Art Center” will accommodate artists’ residences, farmers’ markets, and galleries.

Such an environmentally and culturally conscious project is very characteristic of XTU Architects. The Paris-based firm was founded by two architects, Anouk Legendre and Nicolas Desmazieres, who firmly believe that biotechnology is the way of the future. Their website outlines their top priorities, noting that the firm “specializes primarily in academic and environmental research in addition to residential and cultural buildings.” 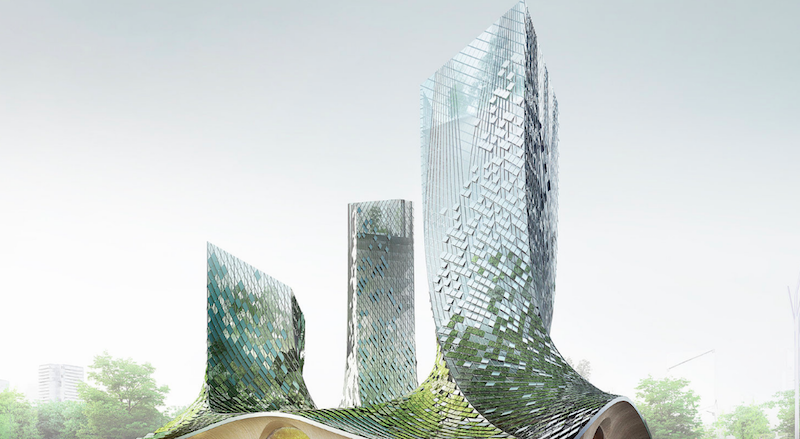 Previous works of the firm include the French Pavilion at the World Expo 2015 in Milan. That project was dubbed the “Fertile Market,” as living vegetation grew throughout its timber lattice structure. Another example of the company’s innovative style is its work on the Museum of Civilizations on Reunion Island. Because of that area’s dry, hot climate, the museum was given a spiraling arrangement with several meticulously positioned openings. These openings allow natural air to pass through and cool down the building organically.