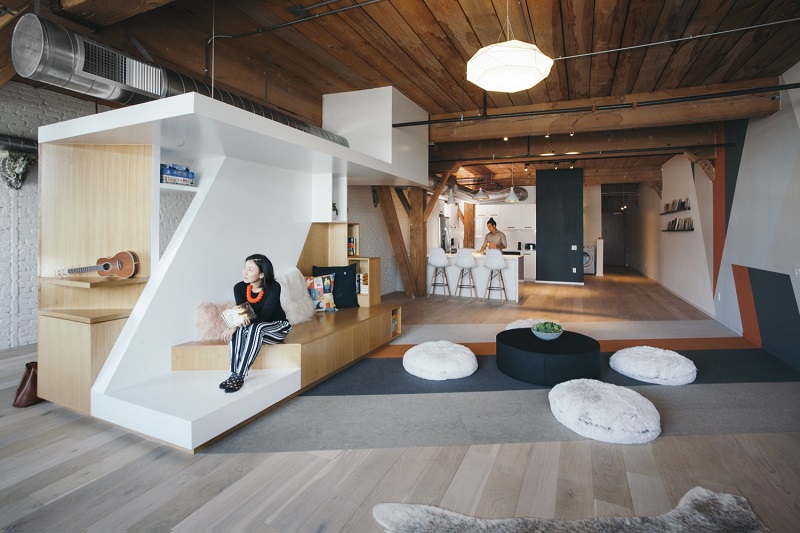 Of all the different designs that have tried to make every square inch of a small interior space count, the most effective is undoubtedly the freestanding room-within-a-room. These structures often plug several furnishings, like lofted beds, closets, drawers, shelving, desks and sometimes even bathrooms or kitchenettes, into a single existing space with minimal fuss. Rooms-within-rooms are ideal for lofts, warehouses, and can make for great dividers in studio apartments with high ceilings. Plus, they won’t require any expensive renovation should you want to remove or relocate them to change up your space’s layout.

Some structures, like MIT’s City Home, expand and transform to increase the size of the rooms its tenants want accessible at any given time. Others create entirely enclosed private spaces within a larger room, such as Dan Hisel’s Z Box. A few modular rooms are even designed to be portable and roll around on casters for easy repositioning. In a new design by the architects at CHA:COL, a Los Angeles apartment’s central feature acts as a creative hub. 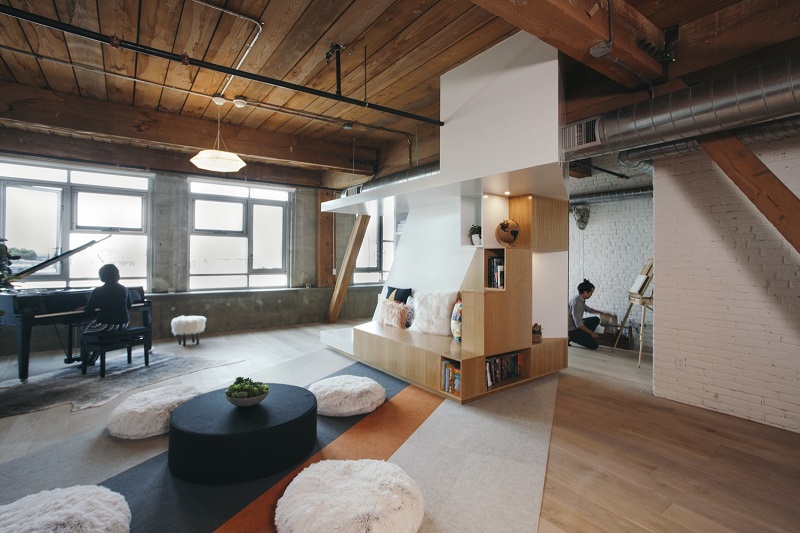 The loft, named “Writer’s Block” by the architects, is inhabited by a New York Times best-selling author and a game designer who needed a small urban getaway to recover from long book tours and business trips. The  unit is now equipped with fully-functional living and office spaces but began as a beautiful blank slate of brick walls, wooden ceilings, and angular support beams. The interior’s initial simplicity inspired the architects to incorporate a geometric motif into their design. CHA:COL explains, “Taking cues from their writing, gaming and fantasy environment background, we drew inspiration from the Escher-like geometries of the game Monument Valley. The game is unique in its ability to transform two-dimensional lines and shapes into a three-dimensional environment that a player inhabits.” 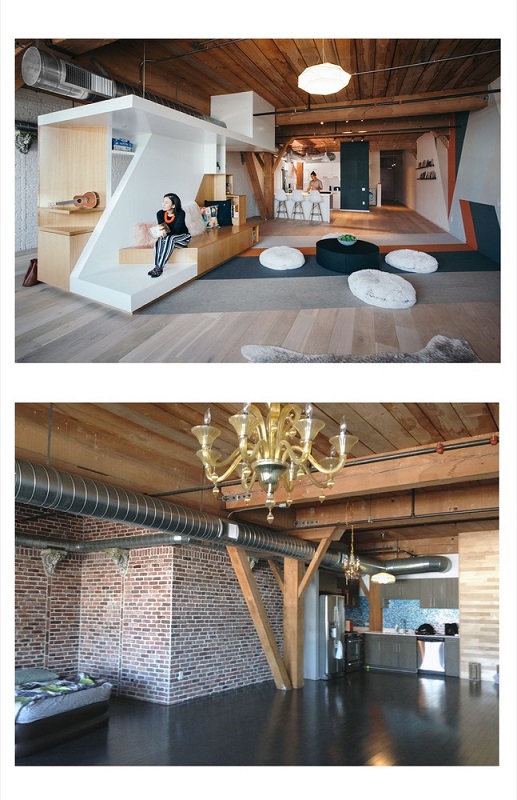 “Similar to the way [characters in the game] move through tilted planes and angular walls, we envisioned the clients moving through a central creative area (the angular 3D entertainment area on one side and the silent writers desk on the other side) into the lounge (the inlaid carpet bands emerge out of the custom millwork piece and climb up the walls in a bold graphic mural).” 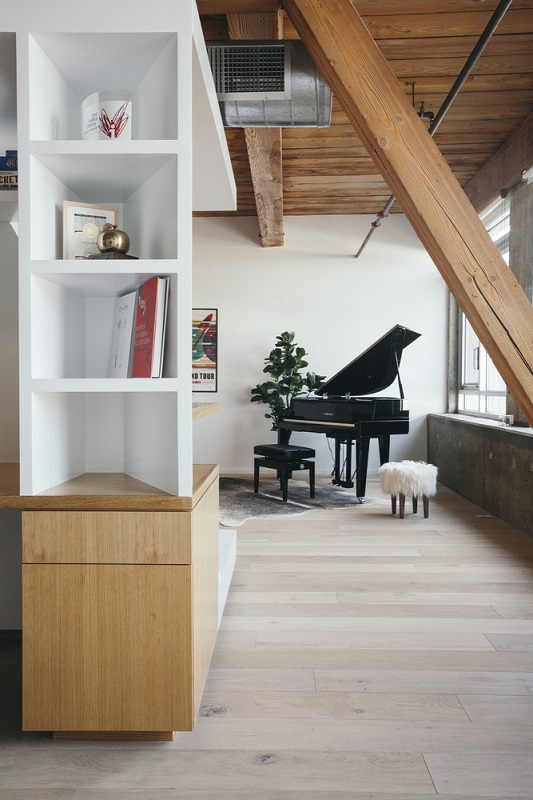 By attempting to marry the graphic and the spatial, CHA:COL eventually came up with the “Writer’s Block,” which acts as a creative workhorse for writers and game designers alike. Each person now gets a workspace that meets their individual needs and a sense of privacy without having to isolate themselves from the rest of the loft. The modular all in one prefab loft volumes in “Writer’s Block” offer a clever manifestation of a shared creative space in which concentration, inspiration, and interaction are all of the utmost importance. Imagine how different the loft would look and feel if the designers had instead chosen to separate the couple by creating two small, walled-off office areas.

“It was heartening to hear from the clients post-occupancy, that they love using the space extensively for their sketching, writing and musical work, and hang out there to collaborate often between tours and travels,” the architects happily report.