Chances are you’ve heard the term “agile work environment” before. Think workplaces with outdoor seating, beer and cold-brew coffee on tap, and floor plans that encourage collaboration. Now picture the cities where these workplaces have traditionally flourished. Downtown Los Angeles coming to mind? Probably not — but one real estate firm is hoping to change that with their renovation of one the area’s more iconic office towers. 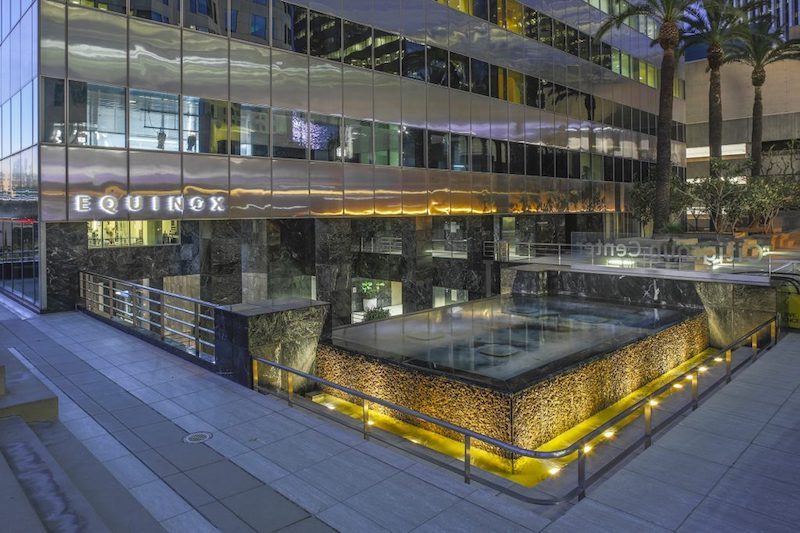 When CoreTrust Capital Partners purchased the property at 444 South Flower Street in 2016 (now better known as the Citigroup Center), the building was 25 percent empty and nearly 40 years old. The 48-story, 891,056-square-foot International Style office tower was originally designed by architect AC Martin and completed in 1981. CoreTrust’s Managing Principal John Sischo explained his firm’s renovation goals in a 2017 Commercial Property Executive article, stating: “millennials want to be removed from an obligation to use a car, and what we see in most of our office buildings is that tenants are looking for an alternative to their home.” 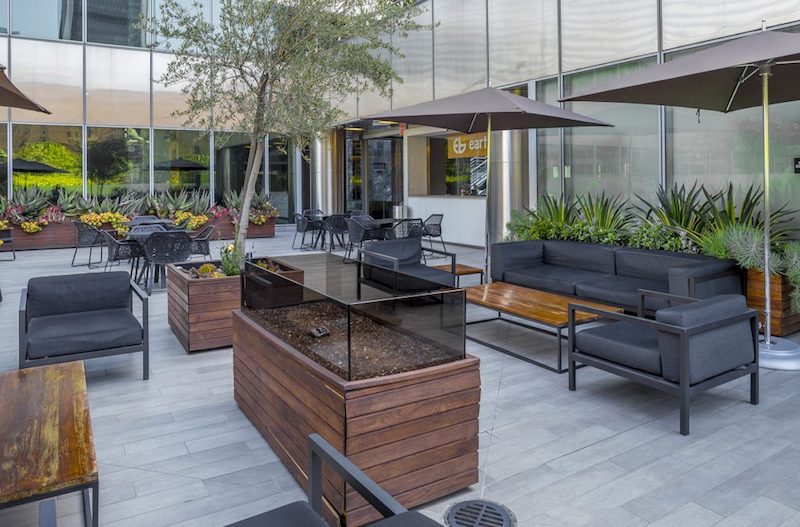 To do this, they teamed up with Gensler, widely recognized as the world’s leading collaborative design firm, and Haworth, which custom designs and manufactures furniture and other products for “adaptable workspaces.” Haworth had anticipated the resurgence of DTLA back in 2014, when they decided to move their own showroom there from Santa Monica. 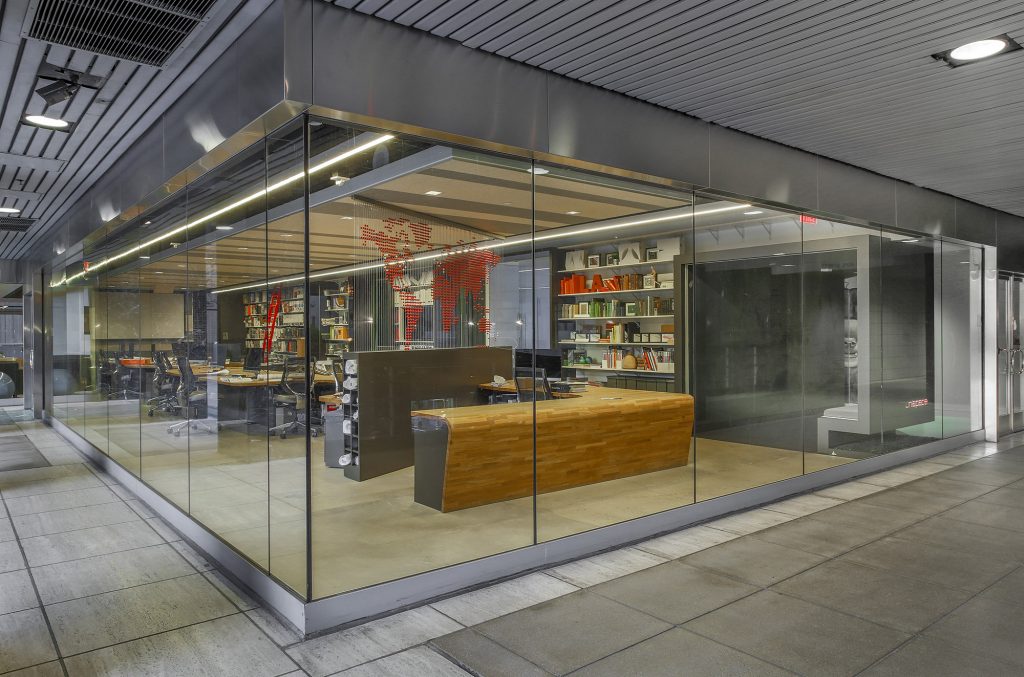 Flash forward to 2018, and the Workplace Innovation Lab, just one aspect of the massive $50 million renovation, is born. The team “hacked” the sixth floor to create the 22,000-square-foot lab, which features an assortment of different workstations and office layouts. Prospective tenants are ushered in by brokers so they can envision their own businesses in the building. CoreTrust and a few other companies use the floor for their offices but leave it open for tours.

The improvements to the floor are both major and subtle. The showstopper is a 1,000-square-foot open-air terrace: a communal space that welcomes both fresh air and urban noise into the entire area. A bold move, it was created by removing the hermetically-sealed “curtain wall” on the building’s west and south faces. 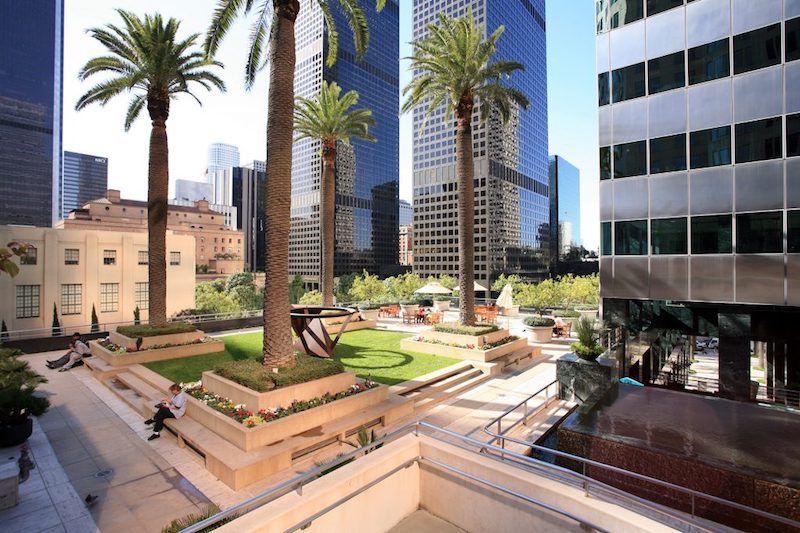 As for the engineering and design challenges the team faced during the renovation, “there were many.” In a recent KCRW interview, CoreTrust’s other Managing Principal Thomas Ricci revealed that “there were structural considerations to deal with in terms of not only removing the curtain wall, but also incorporating new, movable walls [into the] interior that effectively, at the end of the day, become the curtain wall. They’re just now inside the space and no longer on the outside of the building.”

The Innovation Lab’s interior spaces have been given treatments that are less pronounced but still impactful. To combat the issue of invasive noise commonly found in open-plan offices, Haworth created a group of sound-proof pods. Another solution called “Habit Soundscape” comes from the company Plantronics. It consists of eleven zones, each equipped with four speakers a microphone that “listens” to ambient sound levels. These mics use algorithms that allow for real-time modulation of the volume playing through all the speakers on the floor. 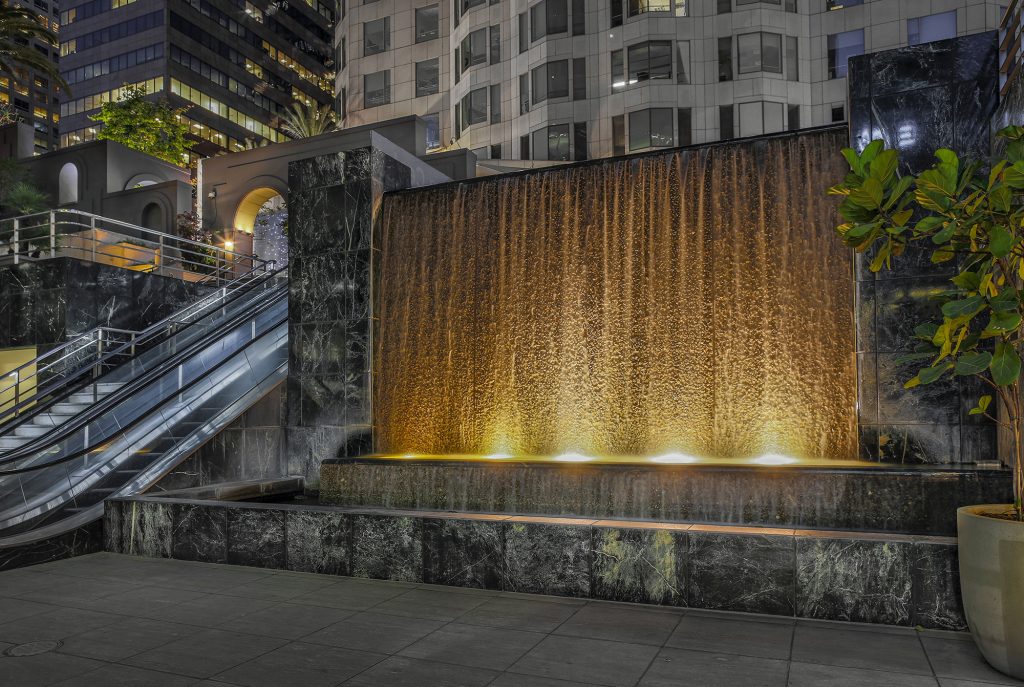 Plantronics has also decided that employees need visuals, so they’ve rigged a few video screens to show running streams and babbling brooks all throughout the office. Of course, real-life nature is always better than a recording of it, so the team also took the liberty of installing a waterfall that runs down the side of one wall. On top of all that, Australian company Air Aroma blessed the lab with “Seaside,” a coastal scent that ties the whole sensory tableaux together.

Despite the fact that there is so much aging office space around the world, it remains to be seen which of these solutions will become commonplace. We look forward to seeing which new companies will make the leap downtown to 444 South Flower Street.