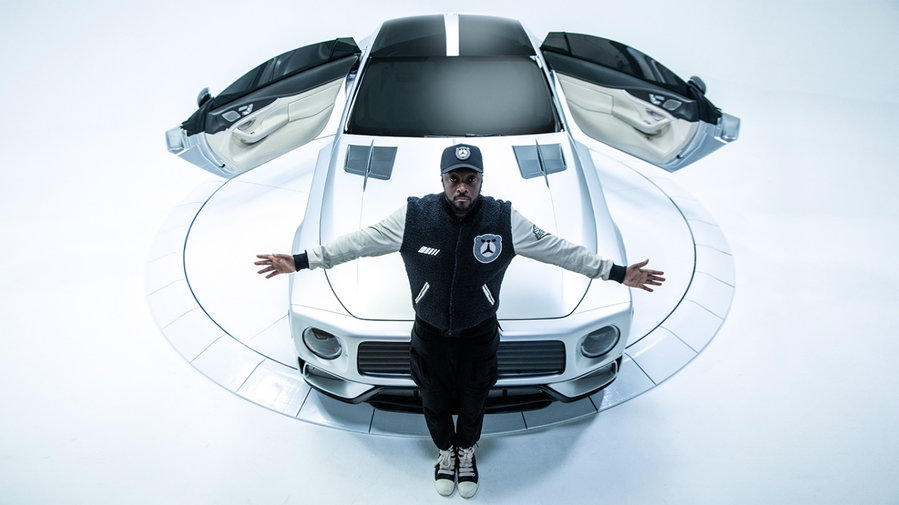 “I grew up in a ghetto. I grew up with hip hop. I watched legendary hip hop artists rap about Mercedes, so it was always a dream to own a Mercedes. For a lot of inner-city kids, owning a Mercedes is a symbol of progress and advancing out of struggle,” the artist said. “Now I’ve reached my goal and pushed even higher by re-imagining and creating my own vision of an AMG model.” 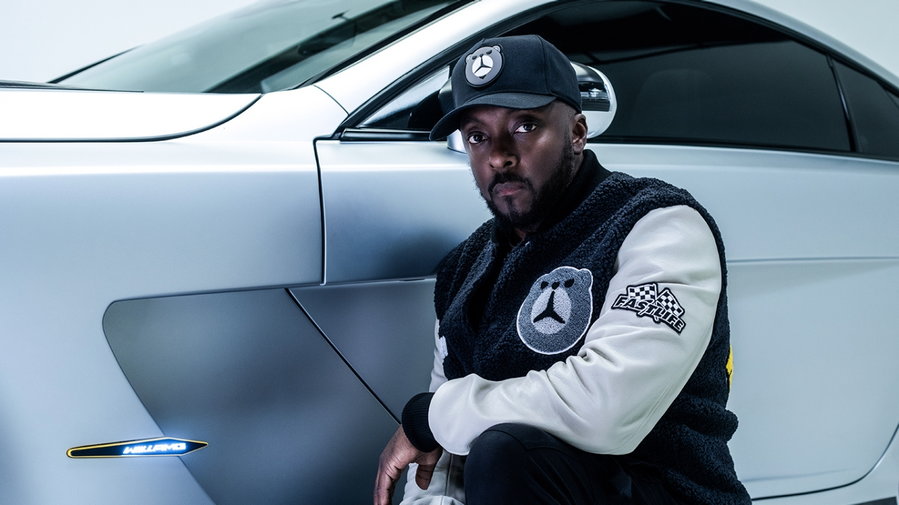 The charitable project called “The Flip” produced the unique “WILL.I.AMG” four-wheeler, a Mercedes-AMG GT 63 S base mashed up with the Mercedes-AMG SLS and the Mercedes-Benz G-Class, the celebrity’s two other favorite models. The Black Eyed Peas-founder enlisted the help of West Coast Customs to make the modifications, which included giving it a G-Wagen’s boxy front end, replacing the four doors with two massive suicide doors, and converting to monoblock wheels with a collaboration logo in the center. 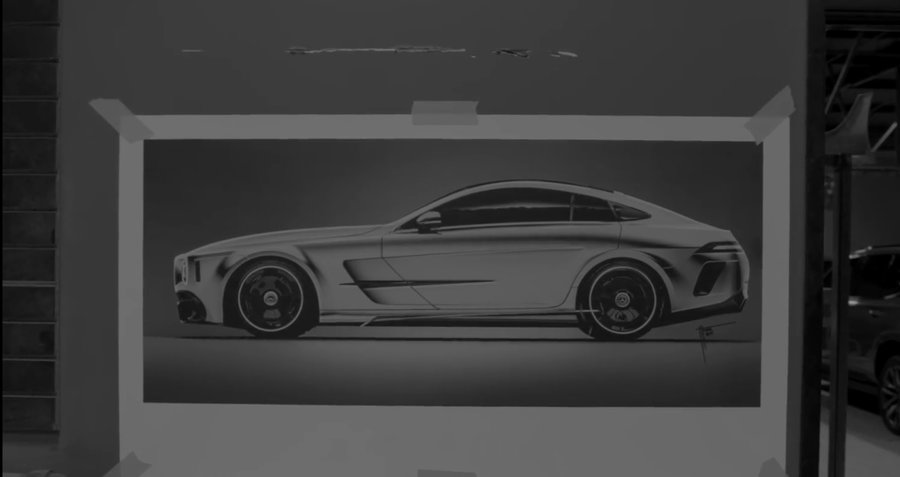 Will.i.am left the original interior and engine alone. “I didn’t touch the engine, because AMG really does make the best engines,” he shared. “The story of the founders of AMG truly inspires me and it is energizing to collaborate with like-minded people who also seek continuous improvement.”

The new logo, dubbed “BEAR WITNESS,” is a bear head with the Mercedes three-pointed star as a mouth. It’s also the major design focus of a limited-edition apparel and accessories line available on the company website. 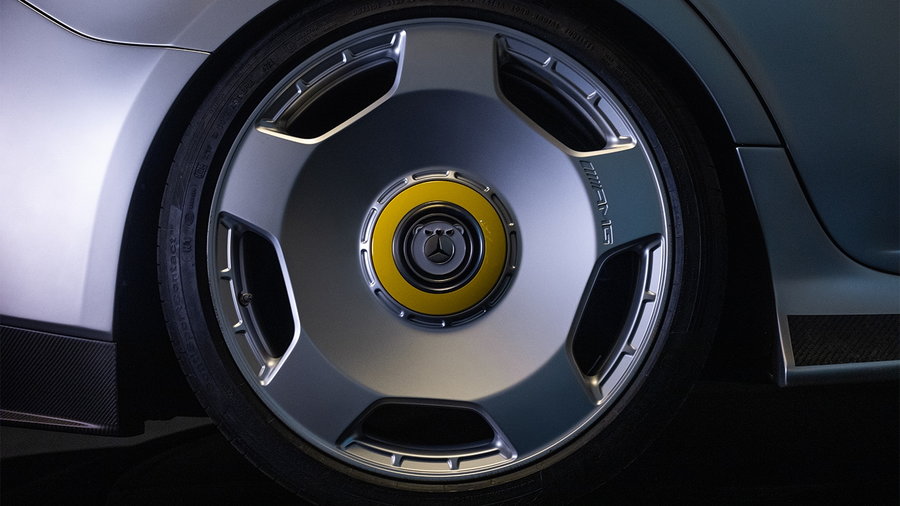 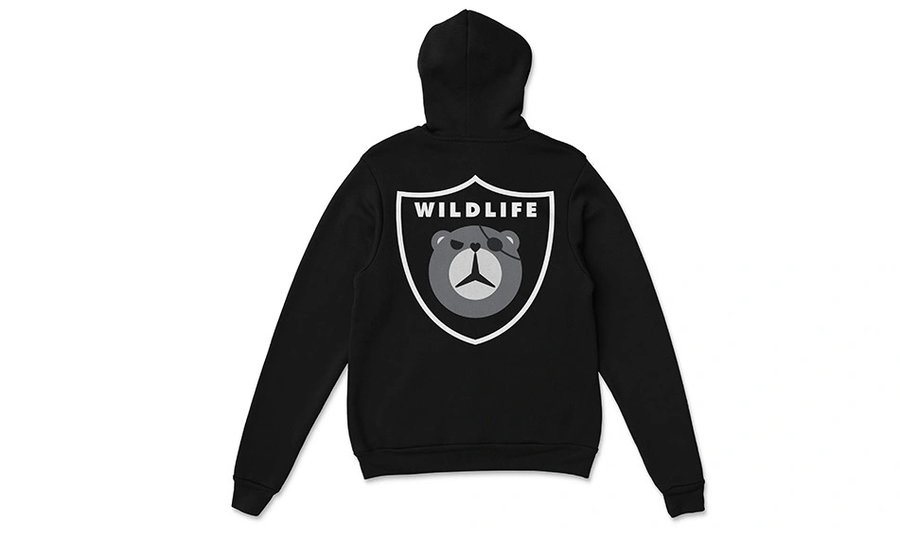 In addition to an initial unveiling at the Formula Grand Prix in Miami, the WILL.I.AMG was also highlighted at the 2022 Cannes Film Festival, along with a premiere of its own six-part documentary made by the entrepreneurial musician himself.

The original plan for the custom one-off was to auction it off, with the hopes of being able to fund “between 50 and 100 robotics programs, with 10 to 20 kids in each” in impoverished communities. Mercedes offered to buy the car instead, allowing all the money to go “The Flip” program, one of the many STEAM educational initiatives the artist supports through his i.am/Angel Foundation. Over the past decade, the organization has raised millions of dollars for the inclusion of courses on robotics, computer coding, information systems, computer-aided design, and art in underserved neighborhoods like will.i.am’s home town of Boyle Heights in Los Angeles 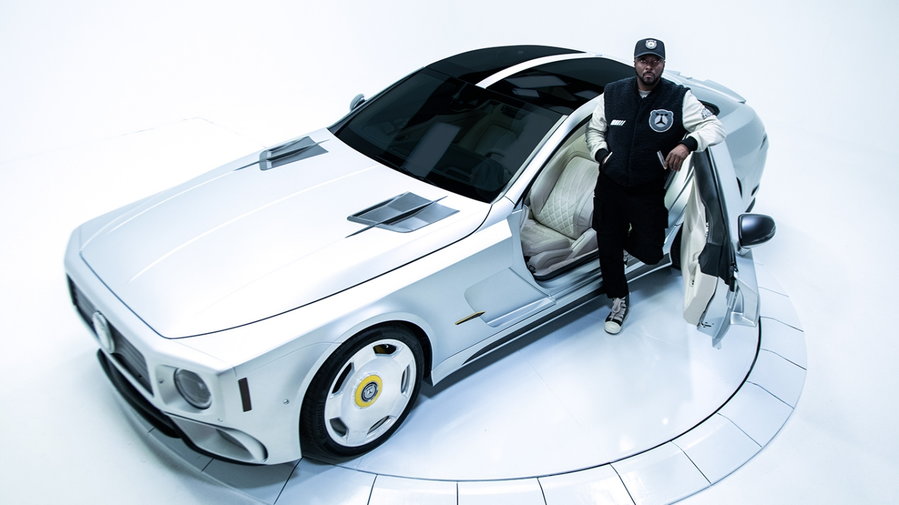 Mercedes is placing the WILL.I.AMG in its brand museum in Stuttgart, Germany. “The Flip” is just one of several joint efforts between the automaker and the singer-songwriter-rapper-record producer over the past year.

“Since mid-2021, will.i.am has partnered with Mercedes-AMG on a series of creative projects including the GT 4-Door Hybrid campaign and AMG Uncovered, but this new direction is much more than a partnership; it is a meeting of creative minds,” the company explains on its website. “will.i.am doesn’t only contribute his genius to our content and campaigns but is partnering with Mercedes-AMG as a company, collaborating on many forward-thinking and innovative projects.”