It seems like the cities of the world are on the same page when it comes to the topic of public transit. They all want to see ridership increase, but how? Some have decided to build fewer roads, turn existing streets into pedestrian malls, implement congestion pricing, and even put comedians on commuter buses for some live entertainment during rush hour. While other cities are busy throwing these strategies at the wall to see if they’ll stick, London seems to have found an effective method.
In October of 2018, Transport for London (TfL) and Adidas Originals collaborated on three custom sneakers and gave them away to subway users. The TfL logo and the colors of London’s subway lines were added to the ZX 500 RM, Temper Run, and Continental 80 silhouette designs, with each shoe depicting a different part of the history of London’s underground. It might seem like a strange pairing, but Berlin actually did a similar thing in 2017. In this case, however, the sneakers were made to celebrate the 15th anniversary of the city’s Oyster card (a universal public transit payment card). 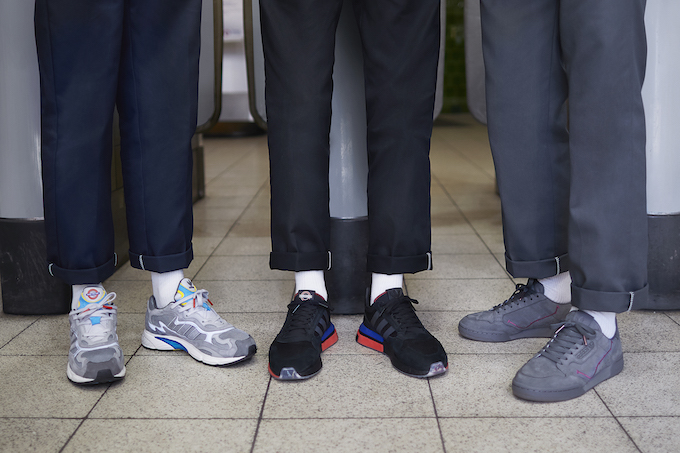 The vintage advertising posters that adorn the halls of abandoned subway stations were the main inspiration for the ZX 500 RM pair, which also celebrates the London Transport Museum’s tours of these old stations and other unseen parts of the underground. 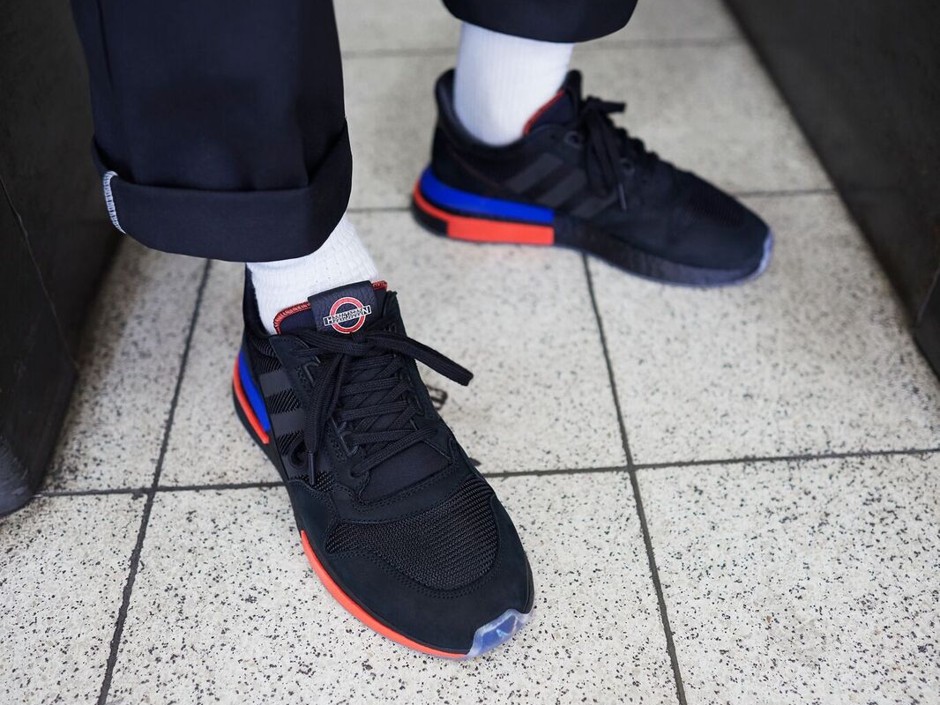 The Oyster card itself inspired the Temper Run sneaker. It also features the phrase “Mind The Gap,” the famous warning that can be found on every subway platform, as a detail on its tongue. 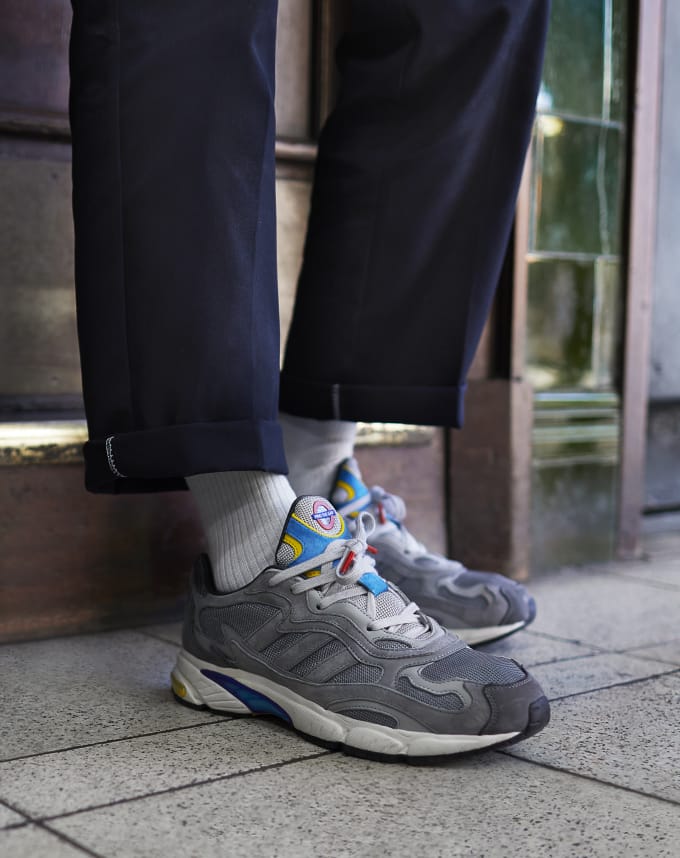 The Continental 80 sneaker was inspired by the Metropolitan line, which was the first ever underground subway line in the world. The shoe has the original map of that line embroidered on its side. 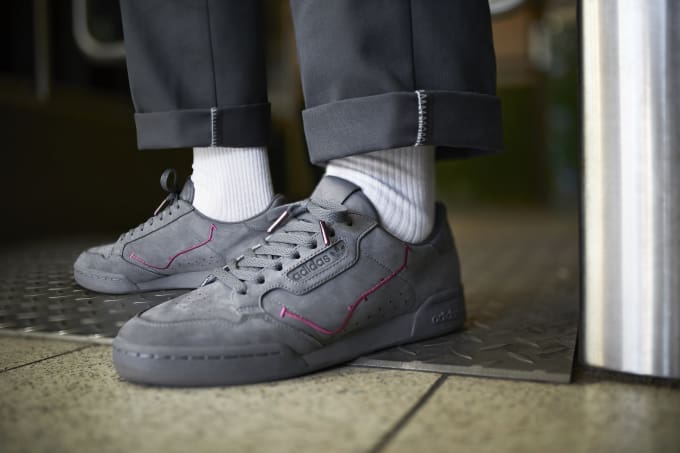 Only 1,500 pairs of these sneakers were produced, but they weren’t exactly just given away at the turnstiles. Londoners actually had to line up at one of two locations to receive them. The response to their release was overwhelming to say the least, with people lining up around blocks to get their hands on a pair. But that’s not all they were doing it for. With each pair, the recipient also received a TfL wallet and a limited edition prepaid Oyster card with £80 (about $102 USD) on it, which just so happens to be the retail price of the sneaker. 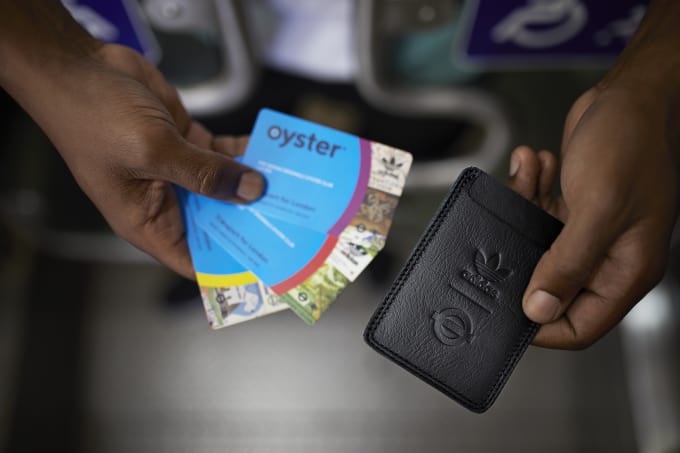 https://www.youtube.com/watch?v=xIcoIjhrUXU
The shoes ran out so quickly, TfL and Adidas actually teamed up again to release a line women’s sneakers with purple and gold detailing to promote the 2019 opening of London’s new Elizabeth Line. The transit-footwear collaborations won’t stop there, either, and it looks like Londoners who missed their chance to get a pair in October will have plenty more opportunities. In December of 2018, there will be six more releases, each with a distinct design related to the city’s public transit system. 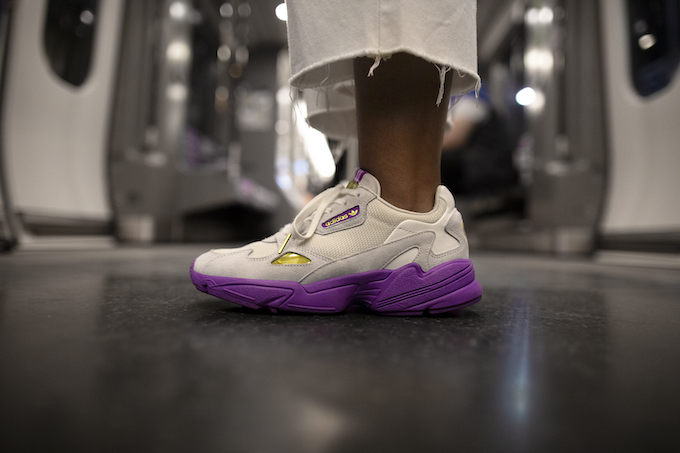 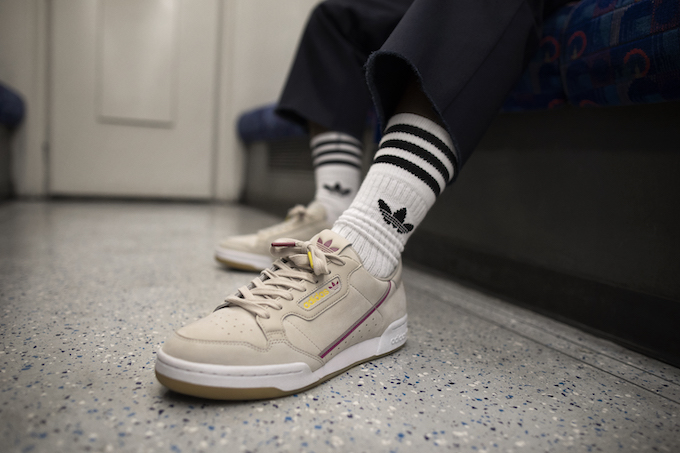 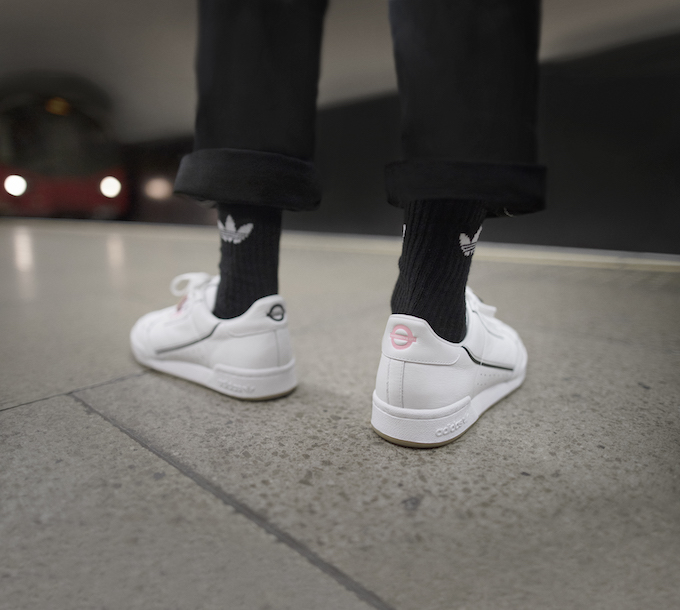 Continue reading below
Our Featured Videos
TfL could have just given away the prepaid Oyster cards, and people probably would’ve taken them anyways. The problem is that a transit card is still just a transit card, and there’s nothing really exciting about that, even if it is prepaid. Collaborating with Adidas to design a personal artifact that people can keep strengthens the bond that Londoners have with their city and hopefully gets more of them to use public transit.