After discouraging their inhabitants from both driving to work because of environmental issues and relying on mass transit due to a lack of convenience, cities are seeing more people commuting via bike than ever before. Whether its Washington, D.C., where the trend is just starting to grow, or Portland, which leads the nation in urban cycling, cities everywhere are making space for the bike. The growth has been so extreme that brands are even starting to view the nearly 1 million Americans who bike to work as an entire market to be targeted.

Even though so many Americans are commuting by bike these days, it’s still a relatively small number compared to those using their cars or mass transit. Even in Portland, cycling only accounts for seven percent of commuters.

Of course, there are a few reasons why more people do not cycle to work. Some cite a lack of safety and amenability on city streets, with cars and other vehicles often treating cyclists with contempt or even killing them. That safety could be improved with a proper cycling infrastructure (the lack of which is another deterring factor for many), but at the end of the day, there just aren’t enough paths in cities that people can actually use. Where paths do exist, they are typically unsafe. And lets not forget that some people just live too far from work to even consider cycling as an option, especially because they don’t want to fight through bad weather on a regular basis.

One reason that people may not like to admit to, however, is the reality that we humans can be downright lazy at times. People just don’t want to exert themselves going to or coming from work — not unless they really want the extra exercise. What these slothful cycling hopefuls need (and what active cyclists want) is a boost. Such a boost could take the form of an electric bike, but if you want less assistance with a more attractive design for less money, there’s always the Copenhagen Wheel by Superpedestrian. The Copenhagen Wheel is an intuitive bicycle wheel that studies how you pedal and gives you a robotic boost when you get tired. It increases the rider’s ability, brings them more joy, and meets their transportation needs. 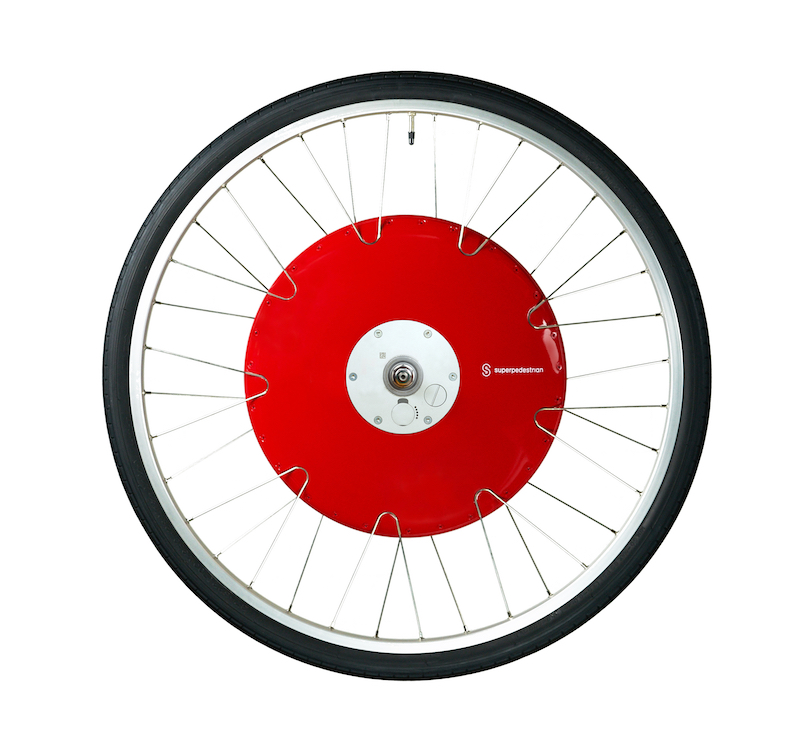 The Copenhagen Wheel was designed to help those with commutes of under 10 miles, but it has a total range of about 50. It has a battery that takes four hours to fully charge but just two hours to charge to 80 percent, giving you more than enough time to charge it at the office. The wheel has three modes: “Standard” for flat terrain and longer distances, “Eco” for conserving energy when going downhill, frequently stopping, and cycling up to 40-mile distances, and “Turbo” for accelerating uphill and going fast in general.

According to Jeff Gerlach, Design Lead at Superpedestrian, the wheel even works well for those brave commuters who cycle to work during the winter. “Short of riding underwater, our engineering team has done a good job of sealing the chassis of the wheel against weather conditions,” he says. “The electronics inside are very smartly protected against shorts and water ingress such that if the wheel senses any risk it will prevent damage.”

The Copenhagen Wheel’s resilient, all-season design has already transformed the lives of the people who use it. “A man in Europe who biked one leg of his commute,” says Gerlach, “now commutes the entire way with the Copenhagen Wheel.” 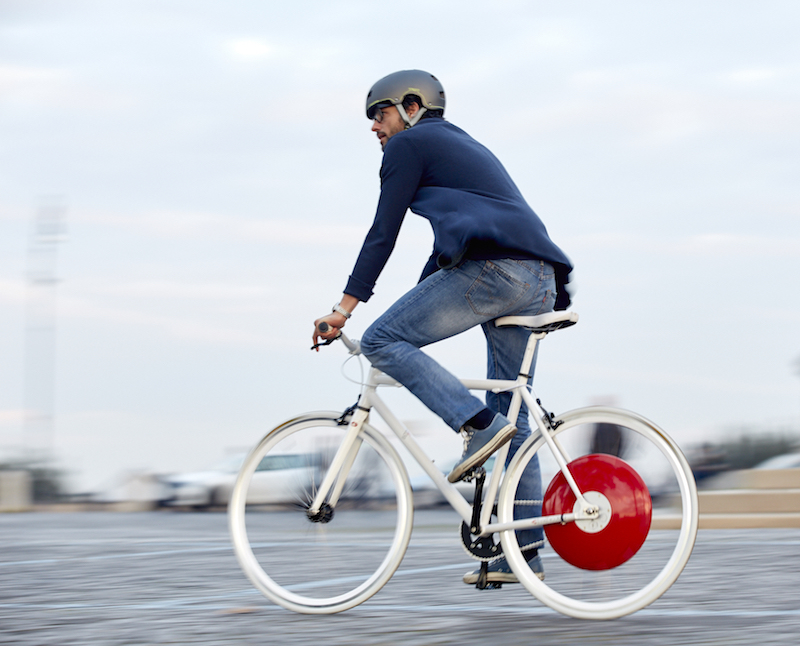 Gerlach offered a few other anecdotes of people using the wheel, such as that of a woman in the coastal UK with a 22 mile round-trip commute. “She faces a constant 20-30 mile-per-hour headwind. Before having the Copenhagen Wheel, she sometimes rode with her 10-kg dog on her rack, a briefcase, laptop, and work clothes,” he says. “She basically was required to gear up every day in cycling clothing and shower after either direction of her commute.” 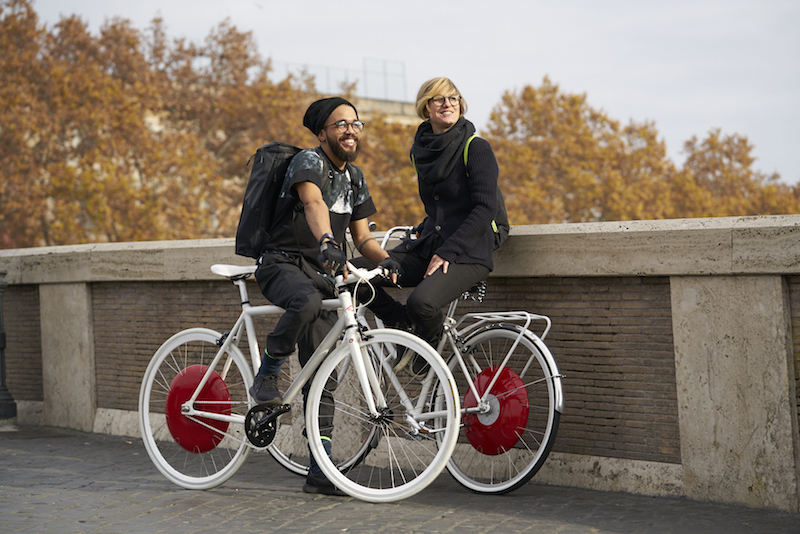 Then there’s the New England man who suffers from multiple sclerosis but was a dedicated cyclist and bicycle-frame builder before his diagnosis. “His strength and stability were compromised, so he had to give up riding for a while,” Gerlach says. “With the Copenhagen Wheel, he now can ride a recumbent tricycle to rejoin and keep up with his long-time riding friends.”

Now that the excuses have been eliminated by the Copenhagen Wheel, we just might see more people choosing to bike to work. At least those who already commute by bike will do it more regularly. With any luck, even the lazies and laggards will be inspired to jump on a bike.