Anyone who’s ever been to the beach before has probably found something wash ashore that definitely didn’t belong there. We’re not talking shells or seaweed here, but litter. These manmade sea travelers can take on many forms — not just plastic bags and bottles, but every kind of trash imaginable. Some enterprising creatives and environmental activists have even taken to using these items to create works of art to make a statement on humans’ devastating impact on the environment. 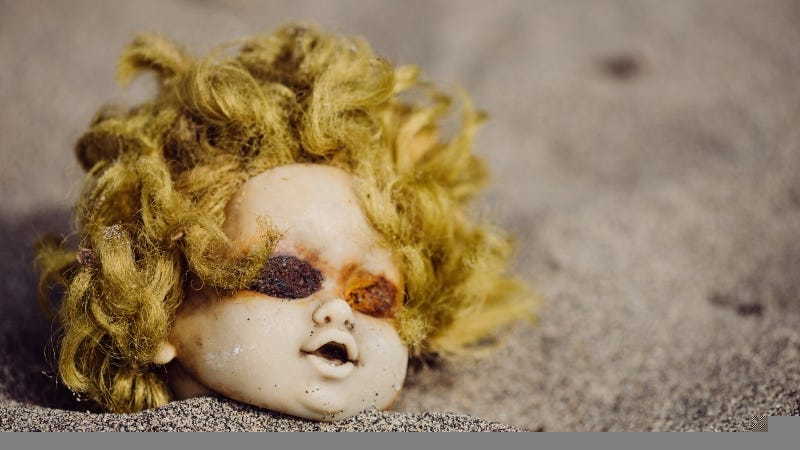 Whether it’s trash, treasure, or sunken historical cargo washing up on sandy shores around the world, there’s no doubt that what’s been washing up on the Texas Coastal Bend is undoubtedly the creepiest of them all: sand and debris-encrusted plastic dolls that would give even horror movie veteran Chucky a run for his money.

While the area, which is around 30 miles northeast of Corpus Christi, is no stranger to trash washing up onshore due to a “loop current” that pushes debris toward the area, these dolls are reoccurring visitors that are exceedingly unsettling. Often dismembered and deformed from their travels, some might even call them the stuff of nightmares. 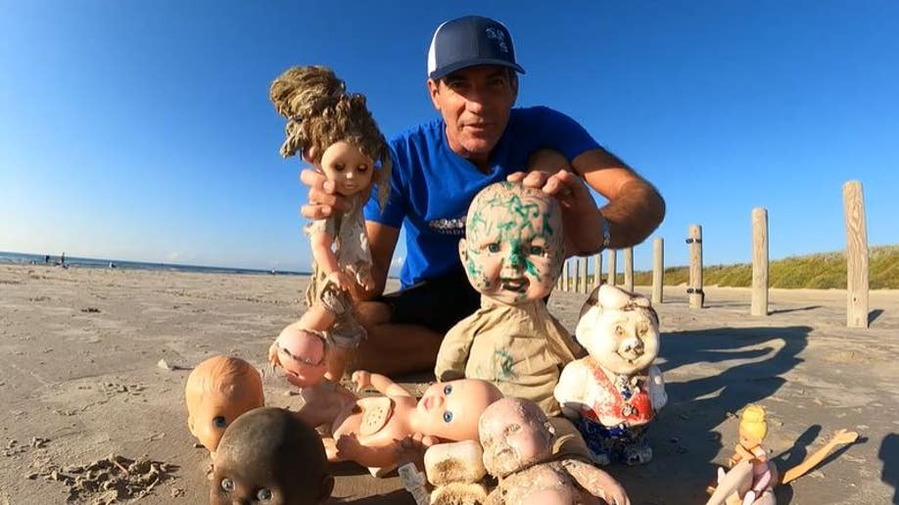 Twice a week, researchers at the Mission-Arkansas Reserve at the University of Texas trawl the stretch of coast between Padre Island and Matagorda Island looking for wildlife like sea turtles, marine mammals, and even endangered bird species. What they often find instead is all the trash that washes ashore, including the uber-creepy dolls that have been showing their distorted and maniacal little faces for years now. 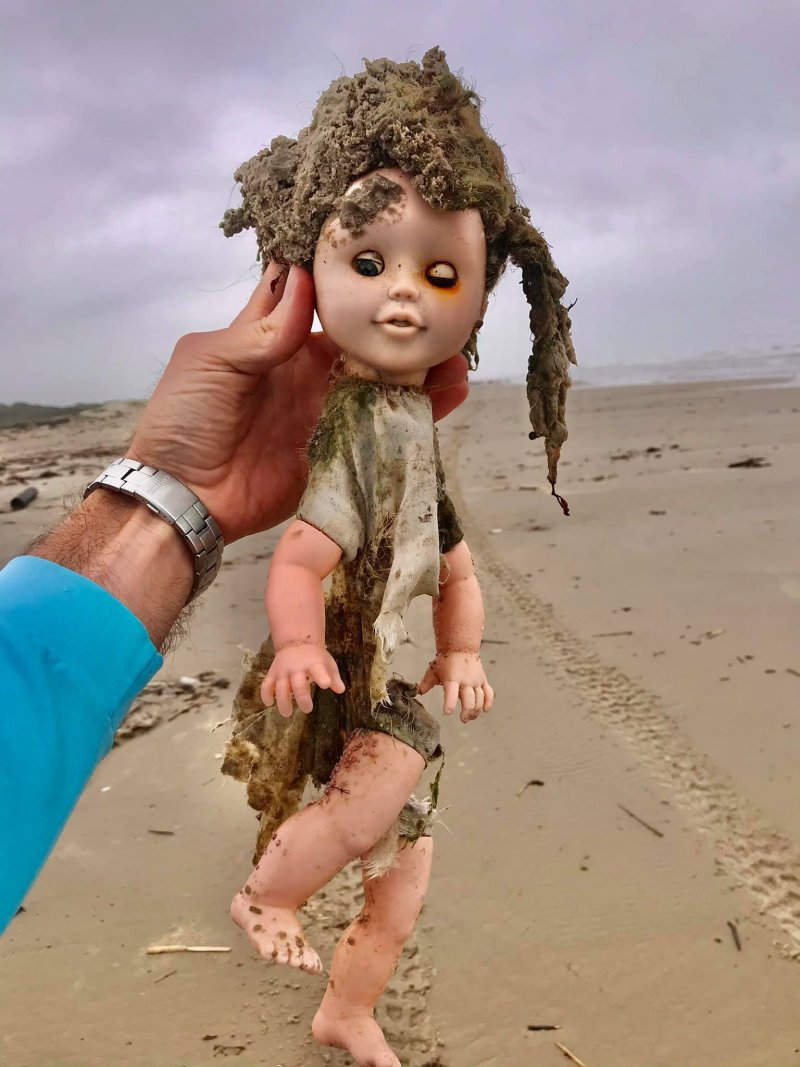 The dolls specifically seem to be drawn to the area. Haunted? Unlikely. A result of the area’s current washing up excess debris from Mexico? Probably. Jace Tunnell, the Director of the Mission-Arkansas Reserve, says: “Texas coastal bend beaches get ten times the amount of trash than any other beach in the Gulf of Mexico,” and this is perhaps why the dolls are so prevalent. However, this entirely scientific reasoning certainly does not detract from the eeriness of the dolls themselves — after all, the current explains the trash and debris, but what explains the dolls themselves? 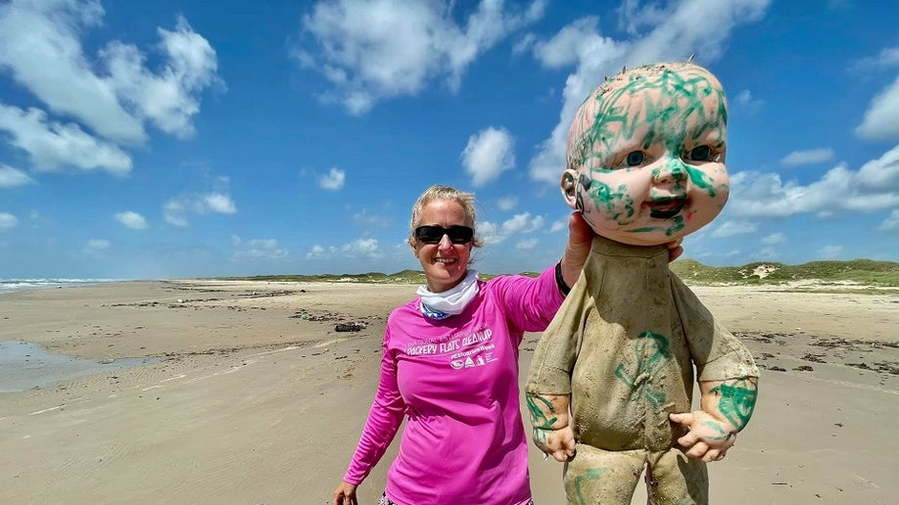 While the researchers don’t have answers to this creepy conundrum, they do find it amusing, and even, as Tunnell has said, a “perk” of the job, posting images of the distorted dollies on a social media account that’s gone on to garner a cult following. “Everyday is something new,” he told McClatchy News. “Just when you think you’ve found everything that could possibly wash up on shore, something else comes up.” 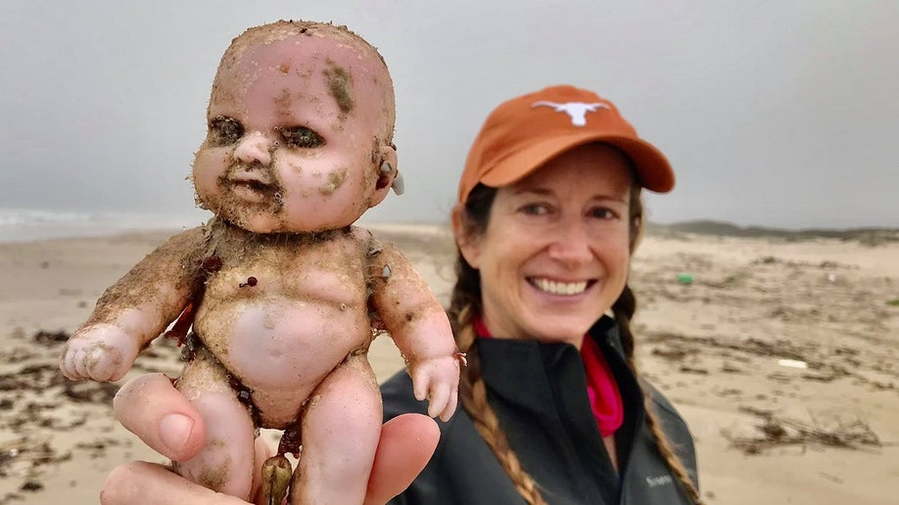 If you find yourself on this lovely corner of Texas coast, don’t be surprised if you see the occasional deranged looking doll on the beach. They may not be haunted, but they’re certainly more evidence of the appallingly polluted state of our oceans.