Technology companies around the world laid off a ton of employees in 2022, and the losses just keep on coming. TrueUp’s tech layoff tracker is keeping tabs on the numbers, which — as of mid-December — have reached 153,000 jobs lost from nearly 1,000 companies this year. You’ll see lots of big names among those listed, including Adobe, Twitter, Meta, Amazon, Cisco, Netflix, and Shopify, but also hundreds of smaller companies, mostly located in the United States. 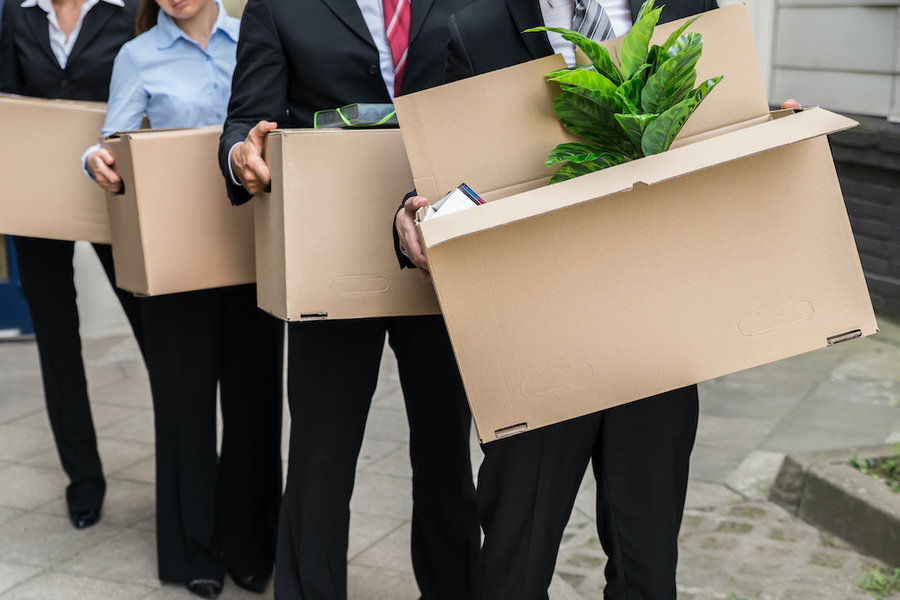 So what does it all mean, and where will it end?

These layoffs are massive for the tech industry. Some companies have incrementally let go of workers over the course of the year, while others have suddenly slashed staff by the thousands. Silicon Valley suffered a large proportion of the hits, and nearly 24,000 layoffs occurred in San Francisco alone. After years of hiring frenzies, luxurious perks, big-budget renovations of headquarters, and sky-high salaries, it appears the party is finally over, at least for now. 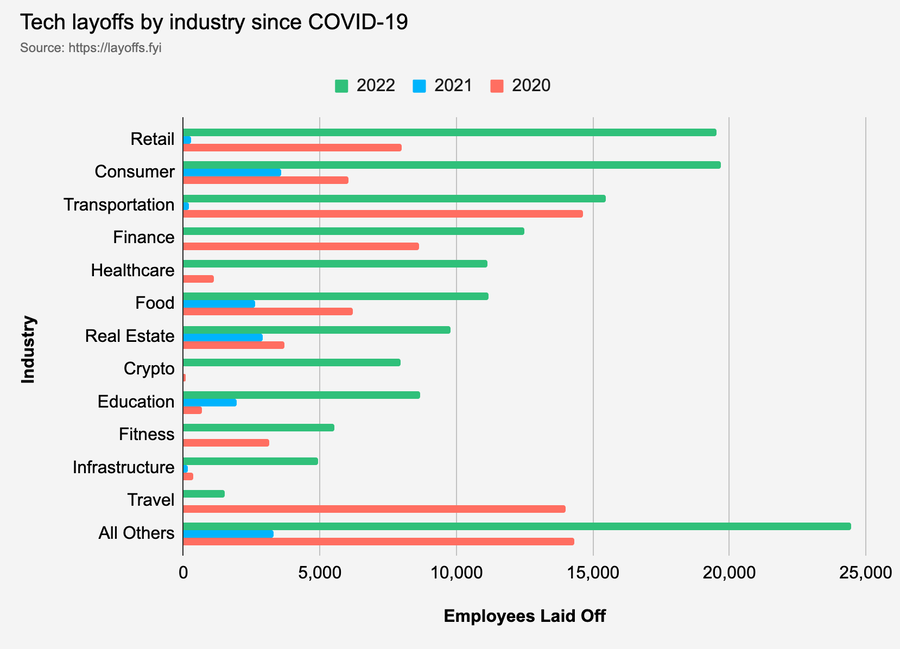 The tech industry was already on a high before the pandemic started, but COVID-19 restrictions spurred an e-commerce boom, a spike in internet-based activities and demand for both software and hardware that made it easier to work from home. Some companies hired too many workers too quickly in response.

There was always bound to be a correction as consumers began to spend less time on their devices and limit their own spending in response to inflation. Rising interest rates, the war in Ukraine, supply chain issues, high fuel costs, and other factors have played their own roles. But experts say part of what’s happening is simply group-think, with companies following each other’s lead.

Tech Jobs are Here to Stay

The good news is that tech workers don’t need to fear a future in which they aren’t in demand. Though the competitive salaries and benefits enjoyed within the industry may decrease as part of an industry-wide belt-tightening, laid-off workers can always find jobs elsewhere.

Tech companies hit by decreases in ad spending and other shifts related to pandemic recovery may be laying workers off, but others are still hiring. According to tech insights firm Dice, the overall tech sector is actually facing a shortage of workers, and in June, there were about eight available job postings for every person laid off prior to that point. 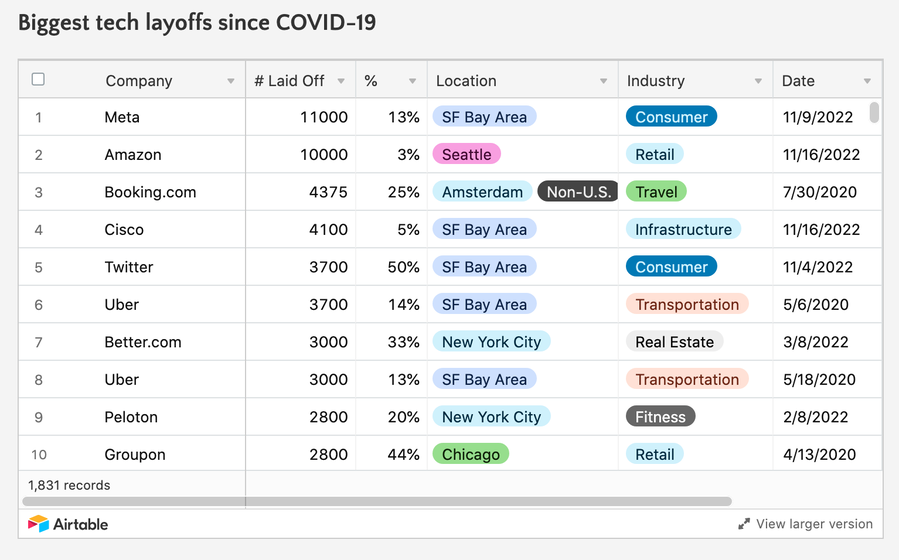 Roles based on cloud operations, cybersecurity, and data science and analytics are all still in high demand, especially among companies using languages like R, Go, and Typescript. If laid-off workers do struggle to find new roles in other companies, they can look to the U.S. government as a source of some promising new jobs.

What Tech Layoffs Say About the Economy

The overall number of American workers laid off has averaged about 1.4 million a month in 2022, while it was about 1.8 million per month between 2017 and 2019. Job openings also remain above their pre-pandemic trend, and applications for jobless benefits have remained more or less level.

Though they’re pretty divided on the subject, most experts believe a recession isn’t a certainty in 2023. Analysts at Goldman Sachs say the tech industry is only a tiny fraction of the larger jobs market, and laid-off workers aren’t likely to remain unemployed for long. Plus, previous mass layoffs in the tech industry didn’t always result in job cuts elsewhere in the economy or point to a looming economic downturn.

Many jobs in the tech industry are focused on innovation, so individual companies can afford to streamline their workforces without impacting their core businesses. The same can’t usually be said for blue-collar jobs and jobs in other industries, where roles directly influence a company’s daily functionality and revenue.

It’s unclear exactly when the tech layoffs will end, but there’s some comfort in knowing things aren’t all as bad as they seem.