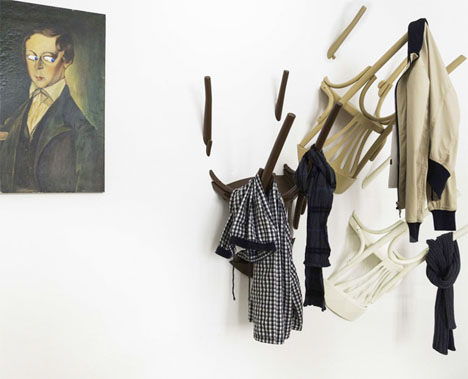 These chairs aren’t made for sitting – they’re made for hanging your keys, coats and handbags. Industrial designer Nikos Tsoumanis creates an odd optical illusion with chairs that seem to have merged with the wall, as if it were simply constructed around them. The result is part absurdist art piece, part functional home furnishing. 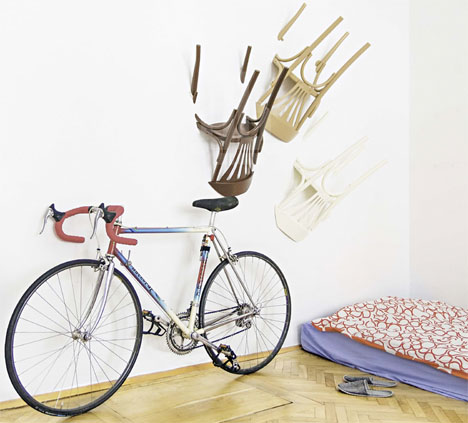 The designer reclaimed three chairs and cut them apart so the various pieces could be attached to the wall for use as hangers, dubbing his creation ‘Wairs.’ 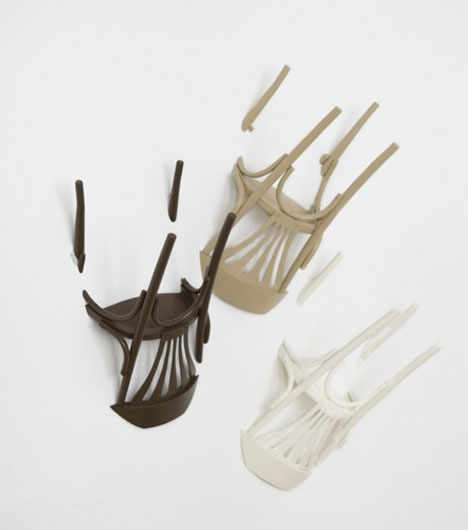 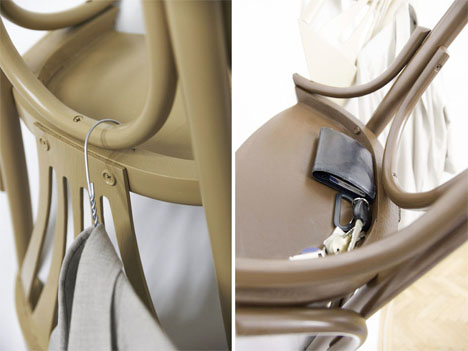 The chairs were cut in such a way that they protrude from the wall at different angles, making each one unique and adding to the sense that they were just sort of thrown into some wet concrete before it set. The undersides of the seats create little shelves for small items like keys and wallets.