The iconic blue screen print of Marilyn Monroe by legendary American pop artist Andy Warhol is going to auction – and experts are saying it could fetch the highest price of all time for a piece of 20th-century art. 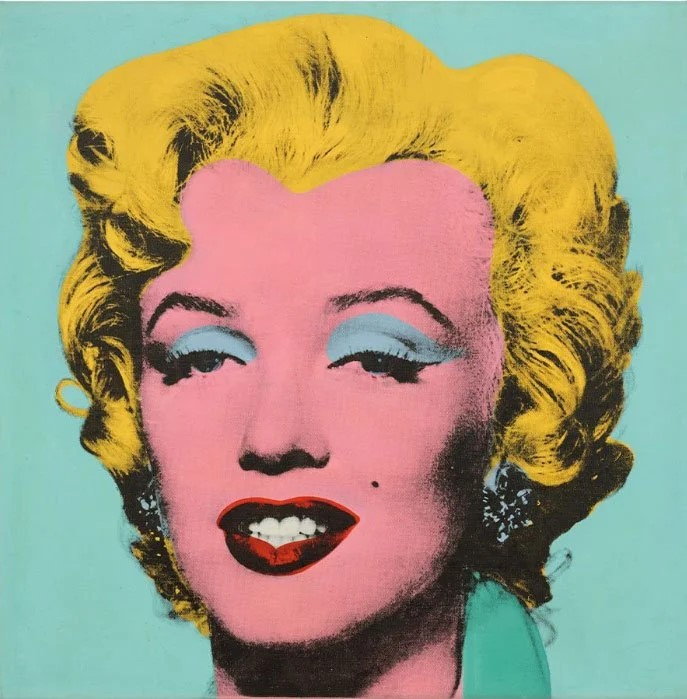 “Shot Sage Blue Marilyn” is being offered up by the Thomas and Doris Ammann Foundation, a brother-sister collaboration who founded a now-famous fine art gallery in Zurich in 1977. According to Artnet, the siblings bought the painting in the 1980s from publishing magnate S.I. Newhouse, making them only the fourth owners of the piece.

Warhol made the piece in 1964, two years after the actress’ tragic death. Using an original publicity still of Monroe for Henry Hathaway’s 1953 film Niagara, the artist painted her in surreal colors to invent art that is “now more famous than the photograph,” according to Georg Frei, Chairman of the Board for the Thomas and Doris Ammann Foundation. He says the power of the piece lays in its ability to bear witness to her “undiminished visual power.” 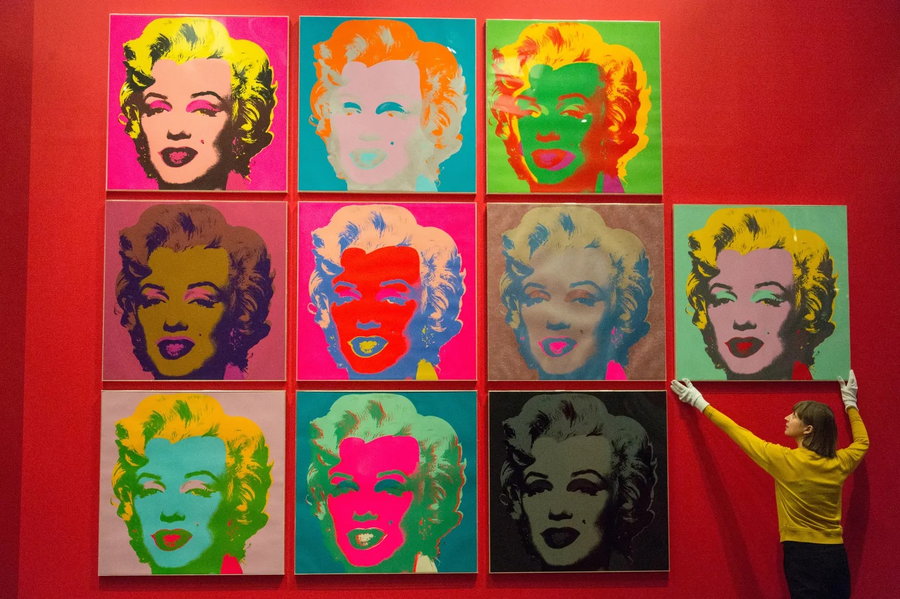 “The spectacular portrait isolates the person and the star: Marilyn the woman is gone; the terrible circumstances of her life and death are forgotten. All that remains is the enigmatic smile that links her to another mysterious smile of a distinguished lady, the Mona Lisa.”

Part of the screen print’s fame and its intriguing name come from a madcap incident that occurred in Warhol’s New York City studio the Factory in late 1964. A performance artist named Dorothy Podber waltzed into the space with her Great Dane, Carmen Miranda, and after spotting a stack of four of Warhol’s Marilyn canvases leaning against the wall, she asked if she could shoot them. While the artist assumed she meant she wanted to photograph them, Podber pulled a pistol out of her handbag and fired a bullet at the paintings, hitting Marilyn right between the eyes, according to witnesses. Warhol banned her from the Factory for this “art happening” and repaired the damage, but the four different colored prints were known as the “Shot Marilyns” from then on. 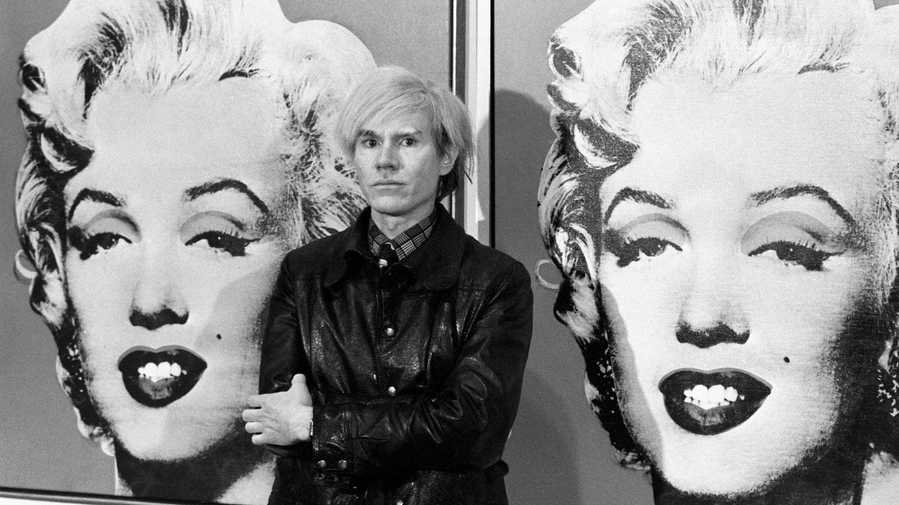 With such an outrageous background, it’s no surprise that the painting is estimated to go for upwards of $200 million when it reaches the auction block during Christie’s Marquee Week in May. A price tag that high would smash multiple records:

• It would be the most money paid at auction for an Andy Warhol piece. The current record is $104.5 million for his “Car Crash (Double Disaster)” in 2013.

• It would be the largest philanthropic auction since the sale of the Peggy and David Rockefeller collection in 2018.

• It would be the second highest price ever paid for a single painting at auction. The top honor remains with Leonardo da Vinci’s “Salvator Mundi,” which earned over $450 million in 2017. 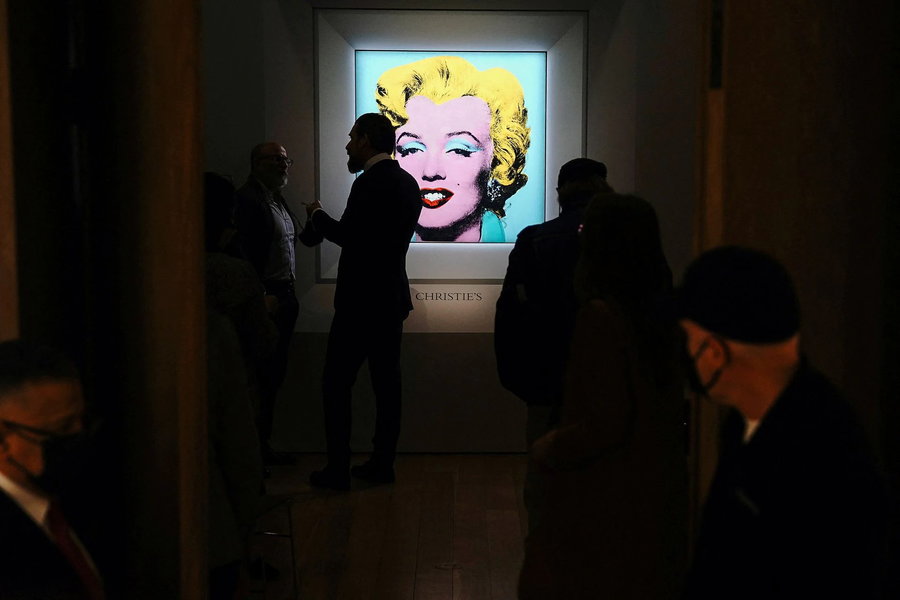 Christie’s is effusive in their praise of the Shot Sage Blue Marilyn as a cultural landmark, explaining why it deserves a place among other record-breaking artistic masterpieces. “The most significant 20th-century painting to come to auction in a generation, Andy Warhol’s Marilyn is the absolute pinnacle of American Pop and the promise of the American Dream encapsulating optimism, fragility, celebrity, and iconography all at once,” said Alex Rotter, Christie’s Chairman of 20th and 21st Century Art. “The painting transcends the genre of portraiture in America, superseding 20th-century art and culture. … Warhol’s Marilyn is categorically one of the greatest paintings of all time.” 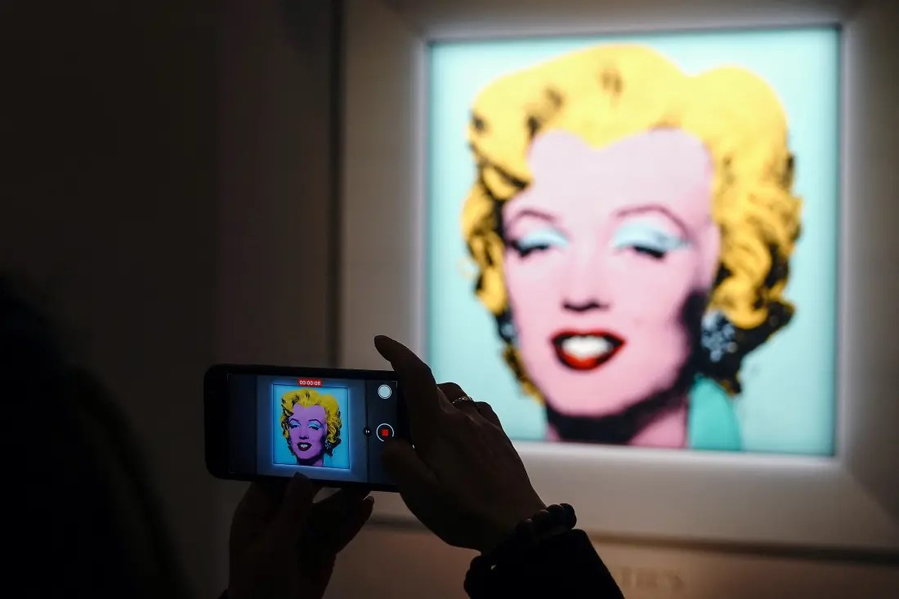 All proceeds of the sale will benefit the Thomas and Doris Ammann foundation, which supports children’s health and education systems.