When adapting a former industrial building for a different use, architects can take any number of approaches, ranging from the near-complete obliteration of the original structure to the insertion of new volumes within its unaltered envelope. The former tactic might aim to soften the building’s cold, raw materiality so that it feels more welcoming, but the latter celebrates the innate character of industrial design and preserves its history. More often than not, a balance is achieved between the two. In the case of “Shed #19,” renovated by Andrea Oliva Architetto, a forgotten part of an Italian city’s past has been restored to prominence with a nuanced, sensitive understanding of its connection to the present. 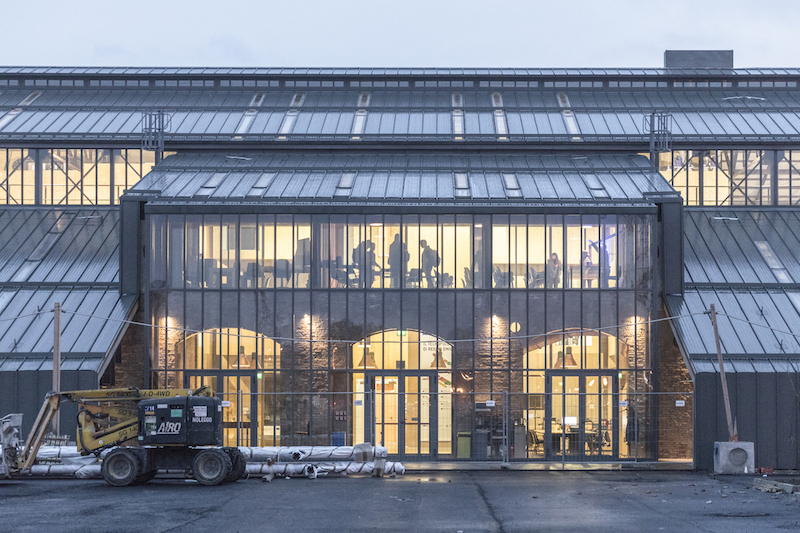 Reggio Emilia is a landlocked city in northern Italy best known for producing Parmigiano Reggiano cheese, with an agricultural history that spans many centuries. The town’s industrial traditions are newer but no less significant, beginning in 1901 when the Italian aircraft manufacturer Officine Meccaniche Reggiane chose it as the setting for a new plant to produce locomotives, and later, weaponry for World War I. Over the decades, it grew into a massive war aircraft operation, employing up to 11,000 people through the end of World War II. It was only in the 1950s that the company’s operations dramatically dropped off. As the company shrank, the entire area fell into disrepair. The factory finally closed in the year 2000. 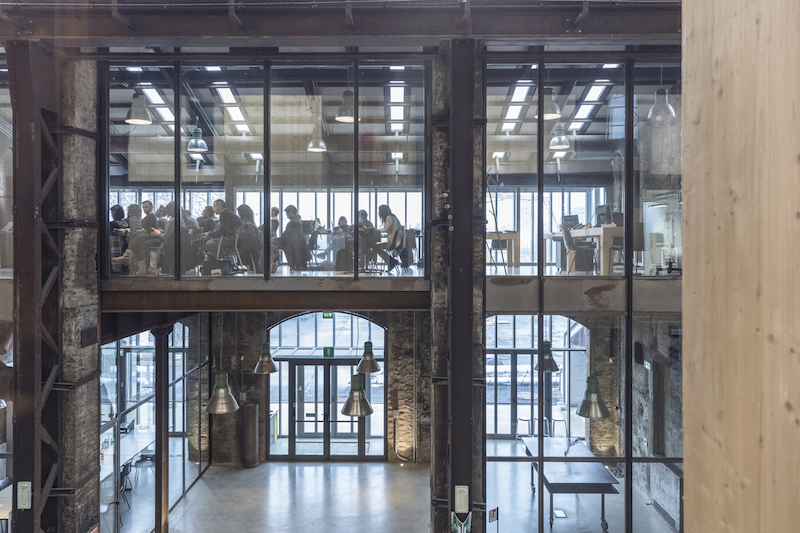 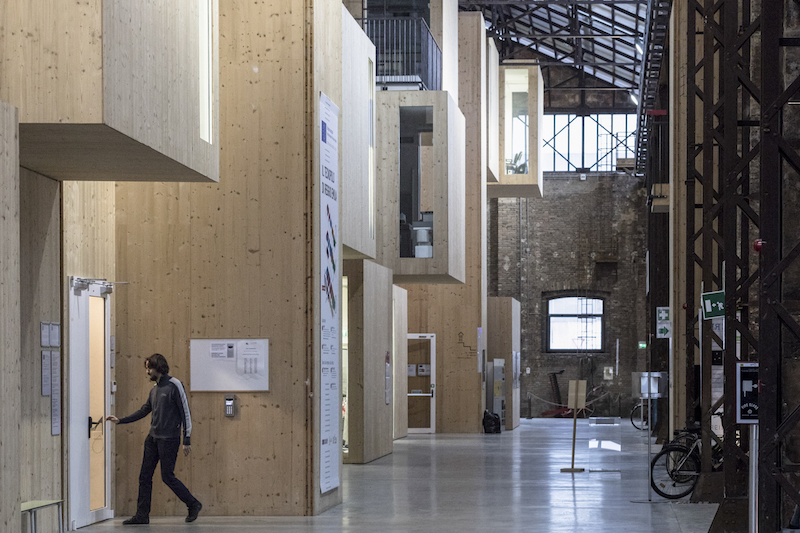 “In order to recover an industrial architecture, it is essential to understand its significance,” explain the designers over at Andrea Oliva Architetto. “Research and investigations are used to identify its possible future transformations. The area’s deterioration is viewed as a starting point, in the same way a building in ruins reveals its original composition and structure. The memory of labor sounds, smells, machines, process waste, and people are an essential part of industrial architecture sites and buildings. The most significant form of degradation affecting the area of the former ‘Reggiane’ factories is silence. Trying to transform this scene is akin to modifying its memory and, as a consequence, its reality.” 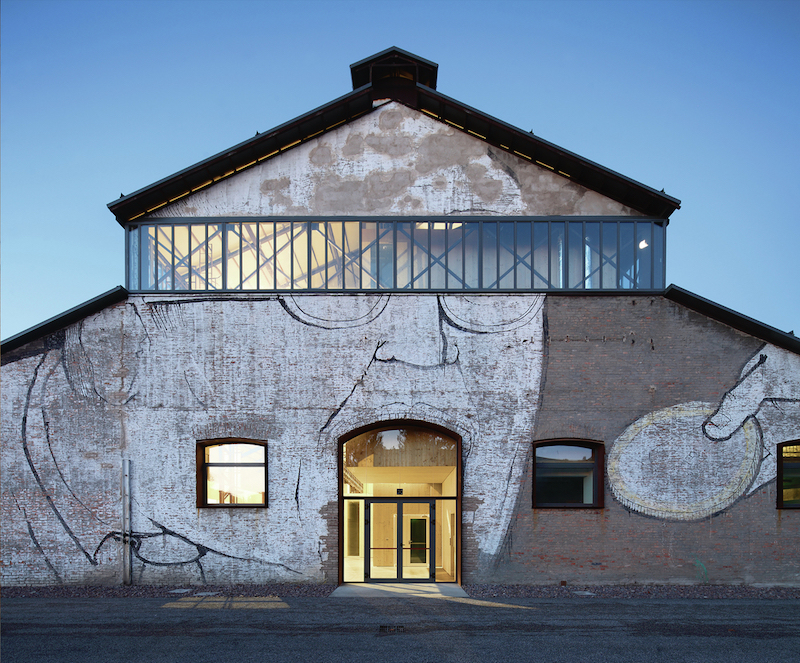 The firm describes this silence as theatrical in nature — an empty stage just waiting for new dynamic elements to breathe life back into its echoing spaces. Those dynamic elements might not be factory workers, but they could be students, the public, or employees of another kind. In short, their solution is to restore the original complex to its former state, leaving all of its bones and history intact while imbuing it with a functionality that’s relevant to modern times. 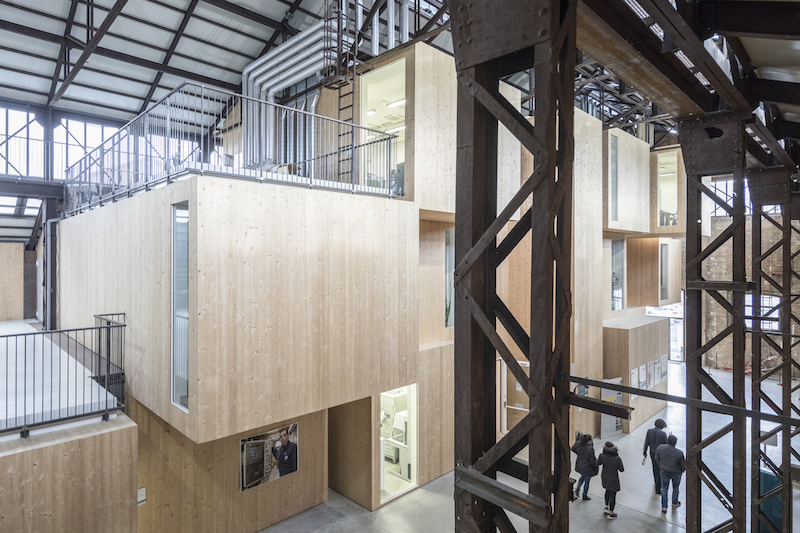 Today, Shed #19 a fresh multifunctional space filled with stacked wooden volumes that provide private rooms without closing off or permanently altering the historic envelope. These new additions are structurally independent from the original buildings. Street art that was painted on the facades during the building’s period of abandonment has been left in place, illustrating yet another part of its past and enriching its overall narrative. 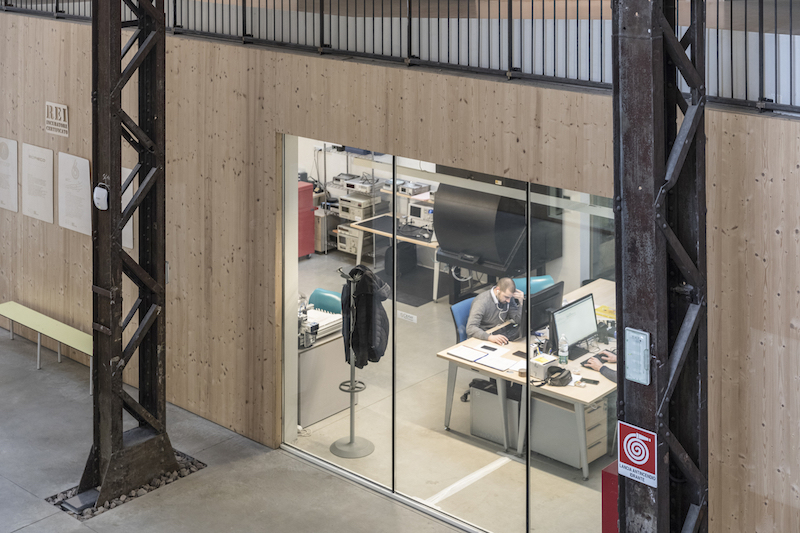 Andrea Oliva Architetto won a spate of prestigious awards for its thoughtful handling of the project, including the iQU Award for “Innovation and Urban Quality 2014,” finalist placement for the Mies van der Rohe Award 2015, and second place for the RIUSO Award 03 — 2014.

All photos by Laurian Ghinitoiu