Ever since the first comic book hit American newsstands in 1933, both kids and adults have dreamed of owning a real-life, self-contained pod, plopping it down on another plant, and living there until it was time to explore some other cosmic destination. Now, that dream is one step closer to being a reality thanks to Matej Gyárfáš’s Ecocapsule. 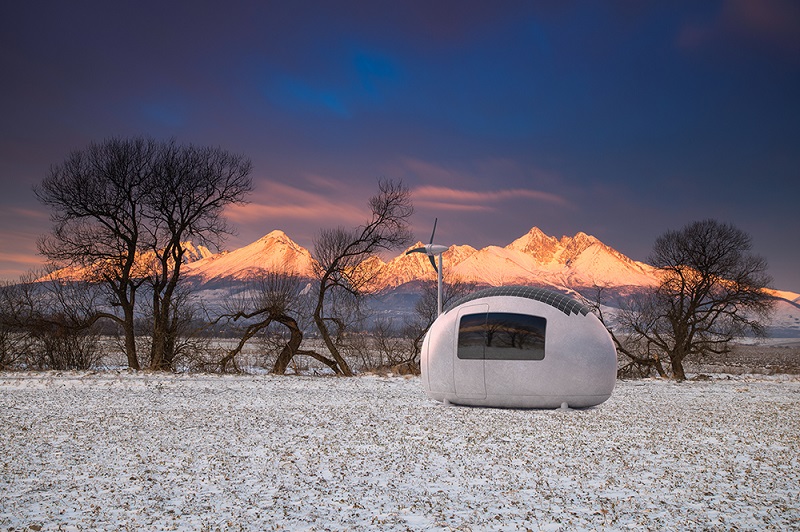 The Ecocapsule was first unveiled almost 10 years ago by a group of Bratislava-based designers. After a decade of fine-tuning every aspect of the pod, the Nice Architects group (led by Gyárfáš) has finally released a fleet of 50 Ecocapsules, all of them ready to be transported and installed wherever they can fit (and wherever they’re permitted by zoning codes). The capsules are currently only available for purchase in the United States, Japan, Australia, and the EU, but a second batch is scheduled for release near the end of 2018, at which time they may become more widely available.

Measuring 15.32 feet long, 7.22 feet wide, and 14.76 feet tall and offering 86 square feet of usable floor space, the Ecocapsule is made entirely of fiberglass and steel (two admittedly non-renewable resources). But the self-contained mini-home still has a small carbon footprint, generating its own energy with built-in solar panels and wind turbines. The pod’s rounded shell design allows it to effectively filter rainwater and collect condensation. Its dual-power system and high-capacity battery keep it fully functional through periods of low solar or wind activity. 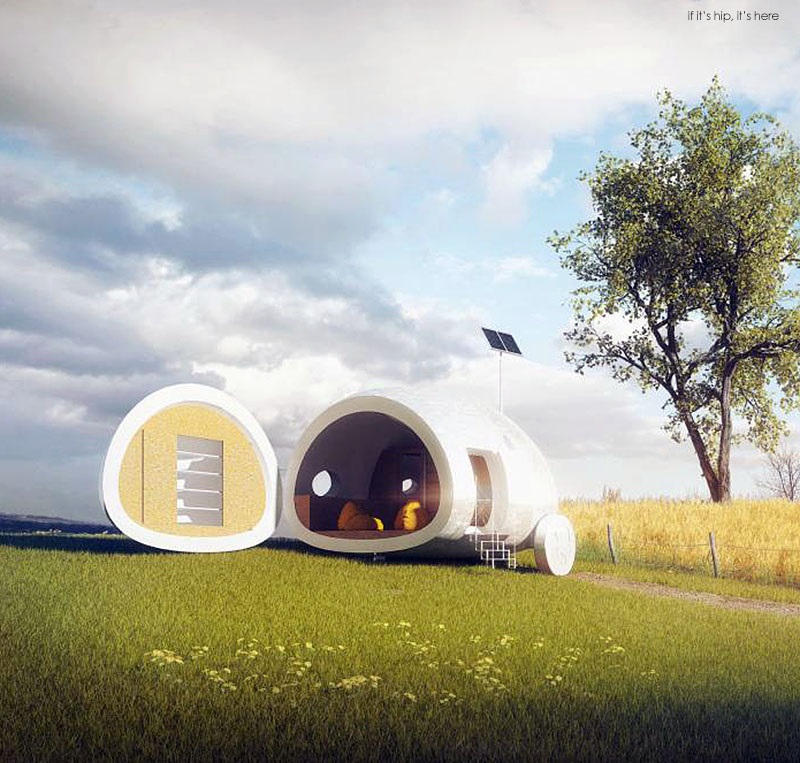 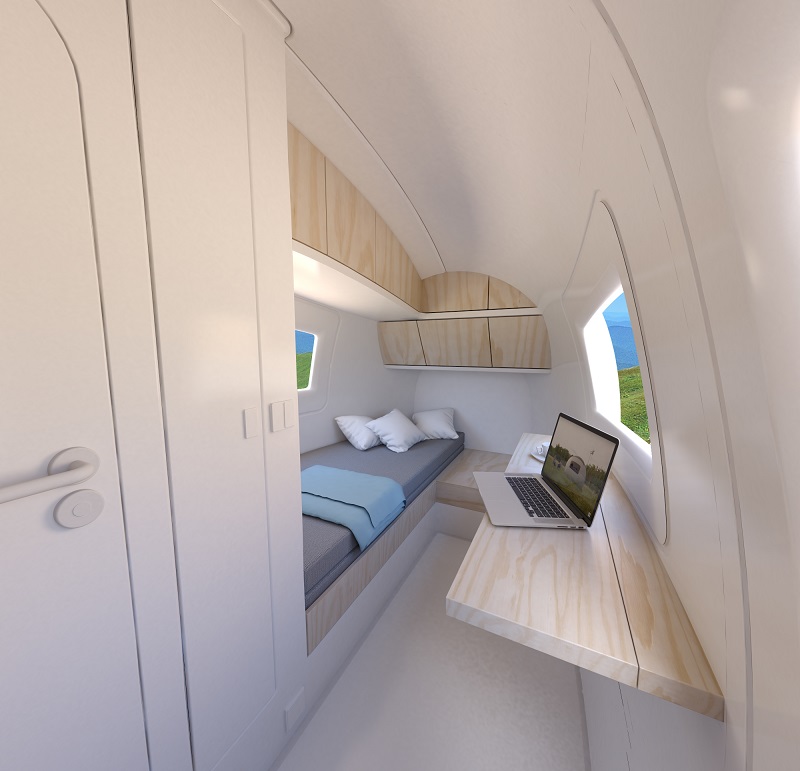 Although the Ecocapsule is small, it can still pleasantly accommodate two adults. The pod boasts a sofa/folding double bed combination, two big workable windows, and an office/dining area. Inhabitants will enjoy amenities like a full shower, a flushable toilet with composting capabilities, customized storage space, and a built-in kitchenette with a sink, running water, and a two-burner stovetop. LED lighting, electrical hook-ups, and furniture made from lightweight honeycomb panels finished with wood veneer add ambiance and convenience to the living spaces. 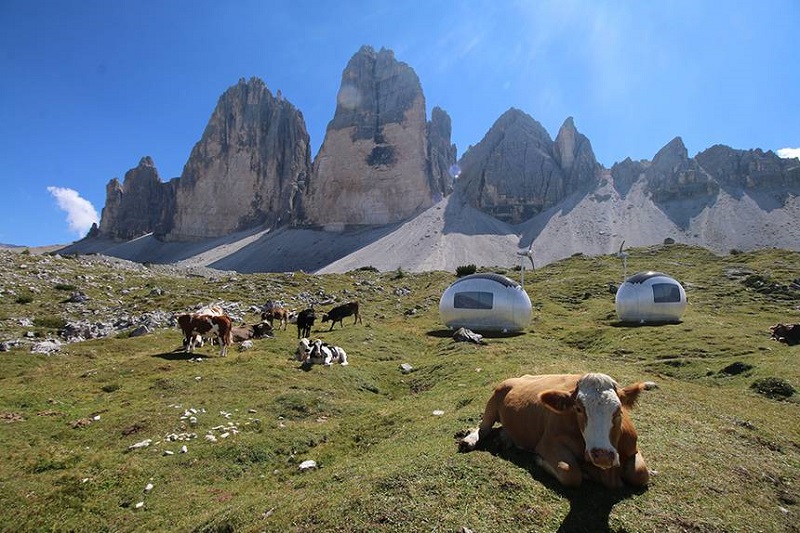 Although Gyárfáš admits that the original Ecocapsule design was focused on building a “frontier dwelling, a housing unit for people who need to stay in nature for a longer time — e.g. scientists, photographers, rangers, or extreme tourists,” its appeal broadened when it is was finished. Gyárfáš notes that the Ecocapsule’s mobility, containerization, and long-term energy independence would also be helpful in natural disasters that demand immediate relief, explaining that they could easily and quickly be shipped anywhere with damaged infrastructure and even serve as small make-shift power plants and water filtration facilities. 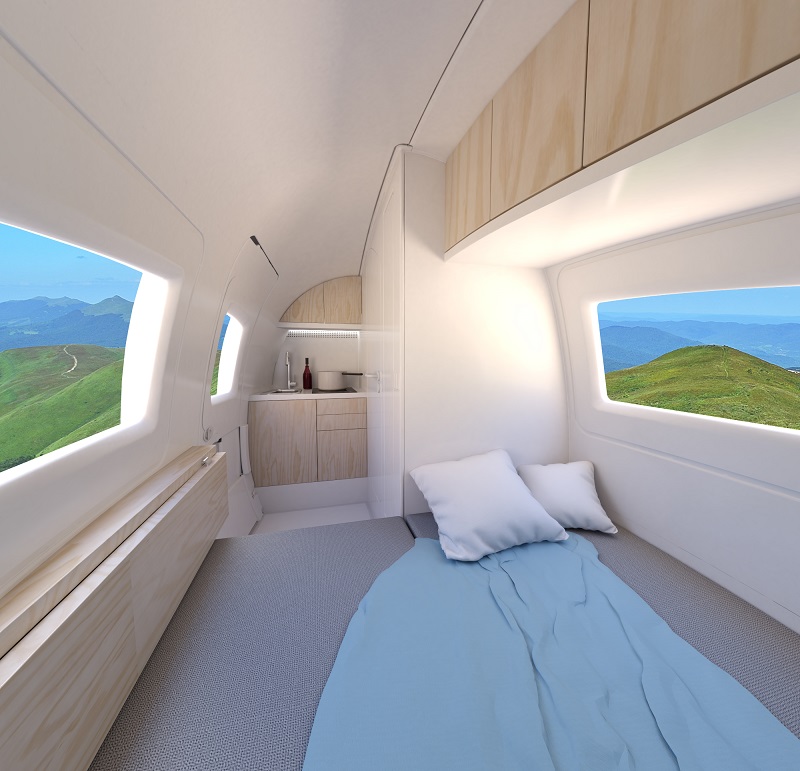 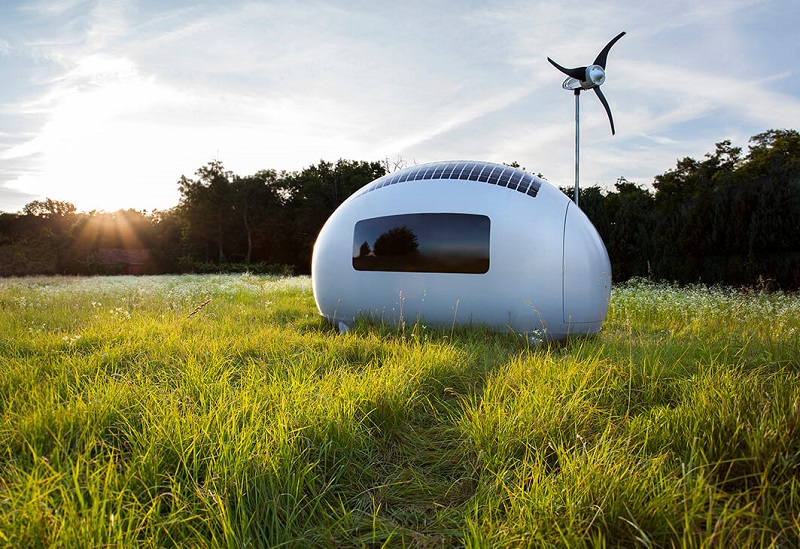 Based on its dimensions and relatively low weight of 3,638 pounds (when its water tanks are full), it seems like the Ecocapsule could be transported in a variety of ways. It fits nicely in a shipping container, but it could also be towed by passenger car with a trailer hitch or secured to a helicopter with cables. In fact, that’s how the first Ecocapsule arrived on the roof of Bratislava’s UNIQ building for its premiere on January 31, 2018.

If you’re daydreaming about making an Ecocapsule home, you should probably know that the first batch sold for around $90,000 each. As production runs become larger and more prolific, that price will probably drop, although speculative figures are currently unavailable.