The Walt Disney Concert Hall (WDCH) is one of the most impressive concert venues in all of California, a renowned masterpiece by iconic designer Frank Gehry. From orchestral performances to awarding-winning plays and holiday extravaganzas, the concert hall’s magnificent setting makes any show an affair to remember. More recently, the venue was used to commemorate the beginning of the Los Angeles Philharmonic’s new season, with images and patterns being projected on its warped metallic exteriors while accompanied by the group’s awesome musical arrangements. Refik Anadol was the primary artist behind the project. 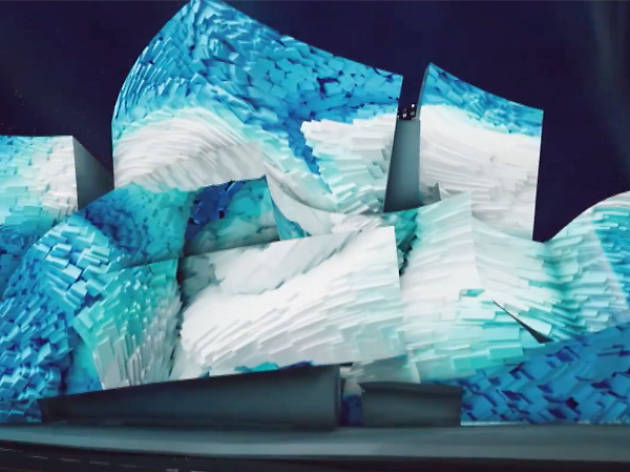 Portrait of the Artist

The Istanbul-born Anadol has previously used Gehry’s architectural masterwork to display his own work. In June 2018, he used stunning projections to promote the philharmonic’s presentation of Das Paradies und die Peri. In 2014, he crafted a site-specific video installation and projected it onto the interior walls of the concert hall during an orchestral composition of Edgard Varese’s “Amériques.” 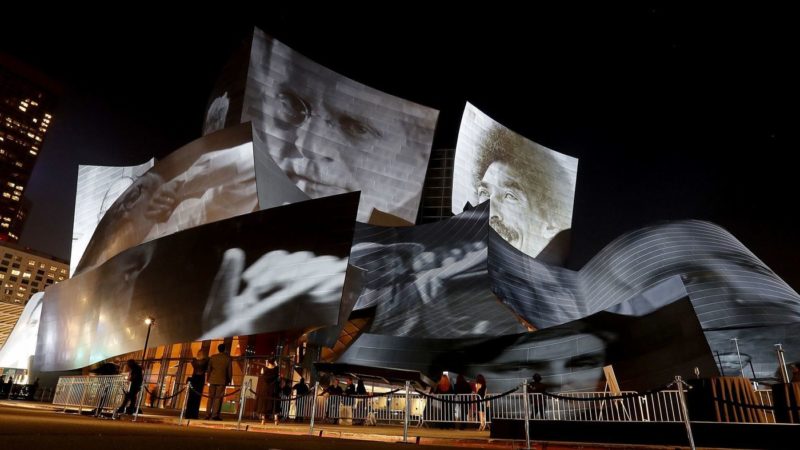 For this latest project, which ran nightly from September 28th to October 6th, Anadol used audio, images, and videos of the philharmonic carefully culled from over 150,000 performances. He started by creating brand new imagery and transforming it into strategically connected data points. Next, he visualized that data as gripping graphics that would immediately transform the celebrated structure into a colossal civic art exhibit.

Lillian Disney, widow of Walt Disney, donated $50 million to build the concert hall in 1987. Gehry was commissioned to design the structure and completed his plans in 1991. The basic structure was completed in 1996 and cost $110 million. It took all the way up until 1999 to raise the massive funds ($164 million) needed to complete the project. Five years later, in 2003, Gehry’s highly-anticipated vision had come to life. 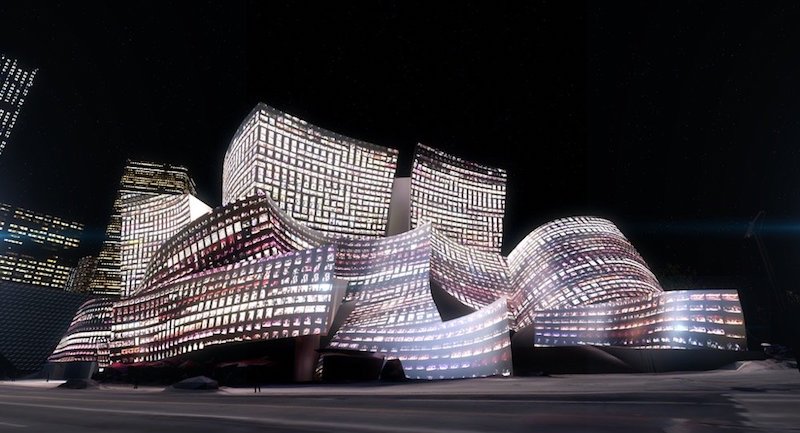 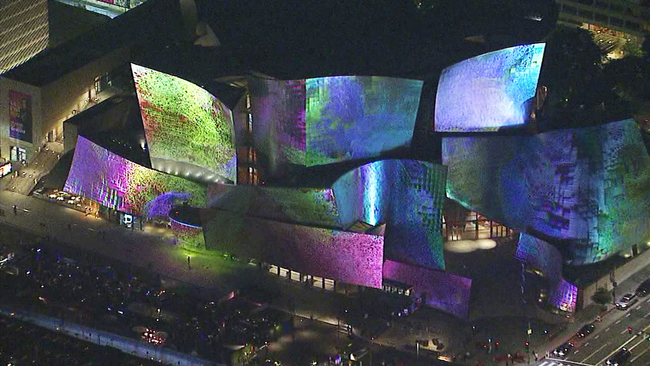 From the very beginning, Gehry’s imagined WDCH included a façade that could be used as a giant screen for projecting various types of media. One of his first thoughts was even to project a concert on the building’s exterior surface as it was being performed inside. Much to the dismay of Gehry, higher-ups quickly rejected his idea. He recently revealed in an interview: “It was thought [that] that was offering people who couldn’t afford it to see it secondhand, and that was a demeaning thing. That was brought up by important people in the county.”

The new show, called WDCH Dreams, runs 12 minutes long and is repeated nightly every half hour from 7:30 to 11:30 P.M. The patterns and images all come from the Philharmonic’s archives and are being rendered by 42 dynamic high-capacity projectors.

If you miss the initial nine-day show, the city’s Ira Gershwin Gallery is also hosting a complementary indoor exhibit through the end of the season. Visitors can interactively produce a personalized data-driven tour through the LA Philharmonic archives, accessing decades’ worth of memories and highlights with the help of a touch screen interface.