Young refugee Little Amal just concluded an arduous four-month journey from the Syria-Turkey border all the way to England. Amal is no ordinary migrant, though – she’s 11.5-feet tall and made of fabric and wire. 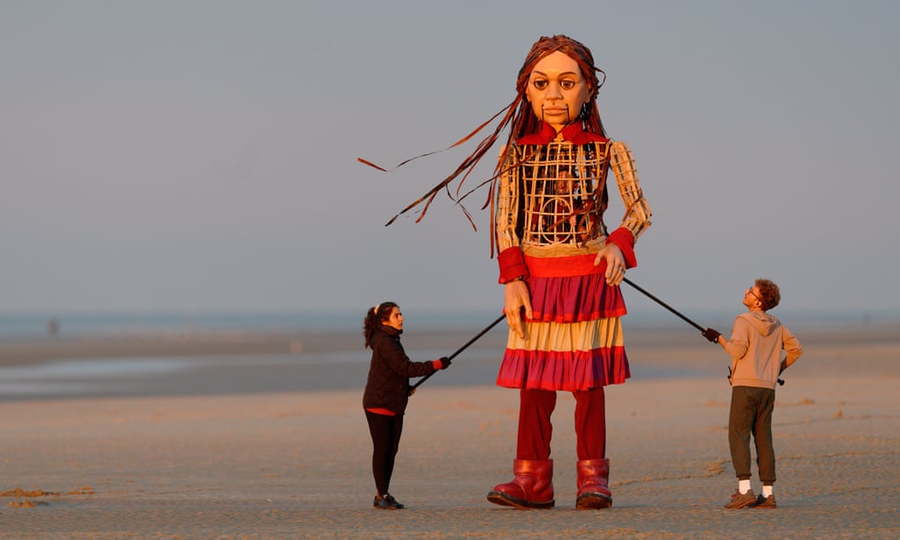 The project is a collaboration between charities Good Chance, Choose Love, and the War Horse Handspring Puppet Company. The gigantic Little Amal “walks” with the aid of one volunteer inside on stilts, another two helpers to control her arms, and one more to stabilize her from the back. Her size helps draw attention, forcing observers to think about the plight of the hundreds of thousands of refugee children across the world right now. 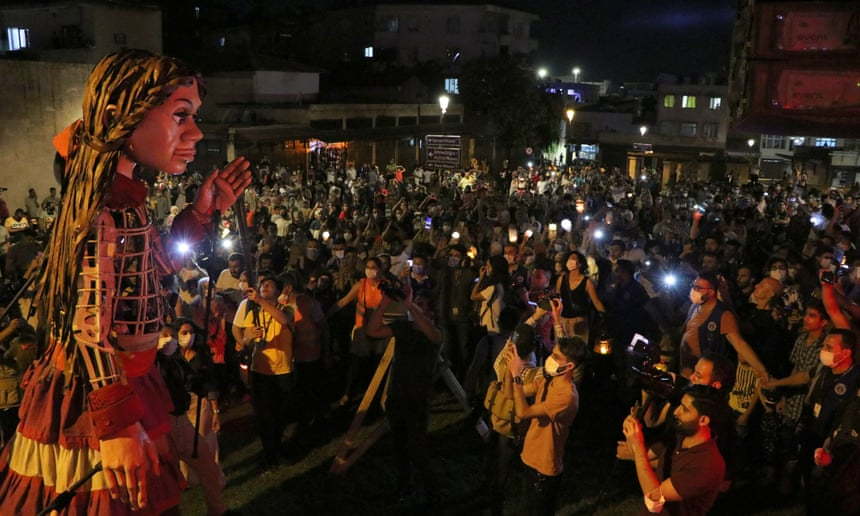 “It is because the attention of the world is elsewhere right now that it is more important than ever to reignite the conversation about the refugee crisis and to change the narrative around it,” said Amir Nizar Zuabi, Artistic Director of the project Walk With Amal. “Yes, refugees need food and blankets, but they also need dignity and a voice. The purpose of The Walk is to highlight the potential of the refugee, not just their dire circumstances. Little Amal is 3.5 meters tall because we want the world to grow big enough to greet her. We want her to inspire us to think big and to act bigger.” 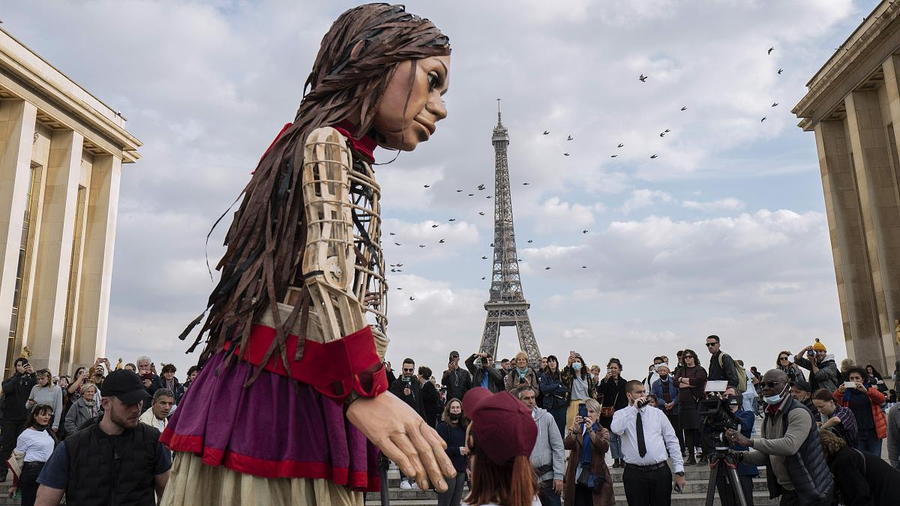 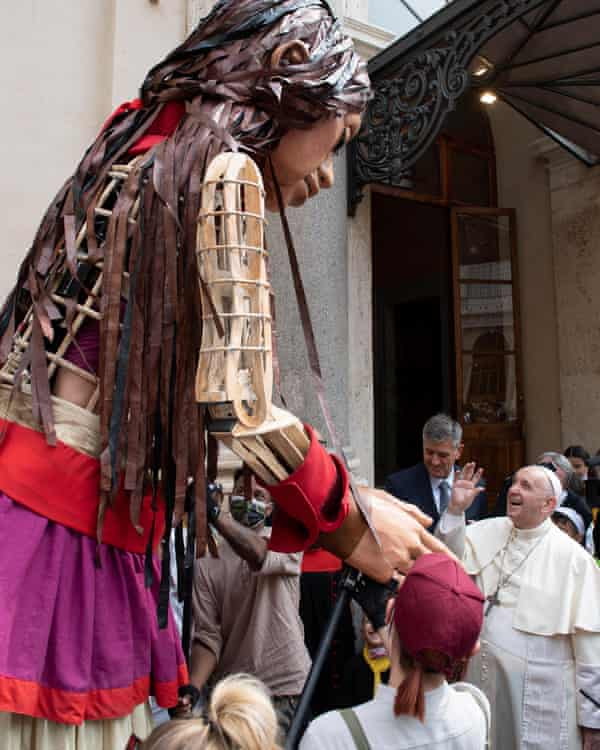 Along her way, Little Amal passed through nine different countries: Turkey, Greece, Italy, France, Switzerland, Germany, Belgium, and finally England. Many cities have welcomed her visit with celebrations and ceremonies. In Turkey, for instance, she was greeted by real-life refugee children who lit her path with hand-held lanterns. In Brussels, thousands of local kids wrote letters to her. Little Amal even got to shake hands with the Pope at the Vatican. 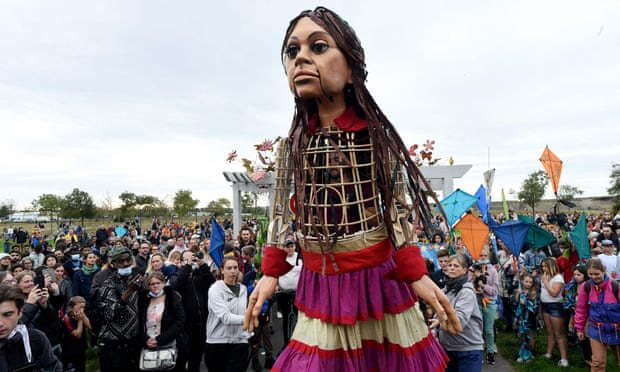 Unfortunately, not all interactions to her emigration have been so positive. In Greece, protestors pelted Little Amal with stones as she walked down the streets, and local officials banned her from traveling through a village of Orthodox monasteries. The mayor of Calais, France also voiced public objections to her visit.

“If I was to say to you, we had nothing but warmth and support along the 8,000 km journey, it would not be true,” said Project Producer David Lan. “But what Little Amal seems to do is take the experience of people who are quite brutally marginalized and put it in the center. This is about goodwill. It is an opportunity for people to be sympathetic and imagine what it would be like to be her.” 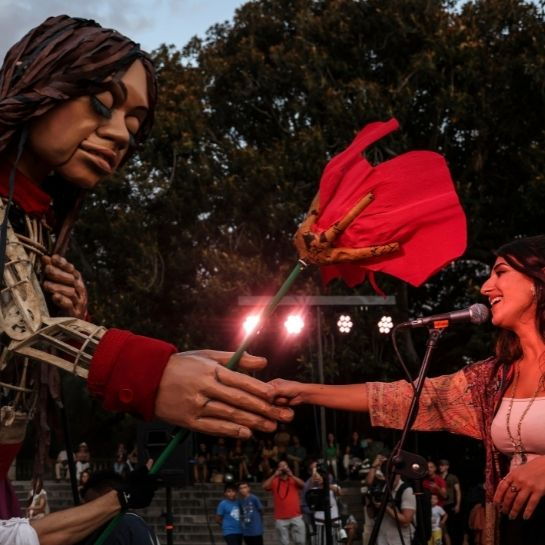 But overall, Zubai notes that the impact of the mobile artwork has been positive. Pointing out that Amal means “hope” in Arabic, she said, “We have seen a lot of generosity. We’re doing this project to celebrate our shared humanity. We have met people ready to open their hearts and cities and think differently about this issue. An easy way to approach it is to say, ‘Let’s build fences, seclude ourselves, get out of Europe.’ But we wanted people to think about how they can welcome these people…Our nine-year-old giant has brought great joy. After almost two years of COVID, people are flocking to see her – but also to be together, which has been very touching.” 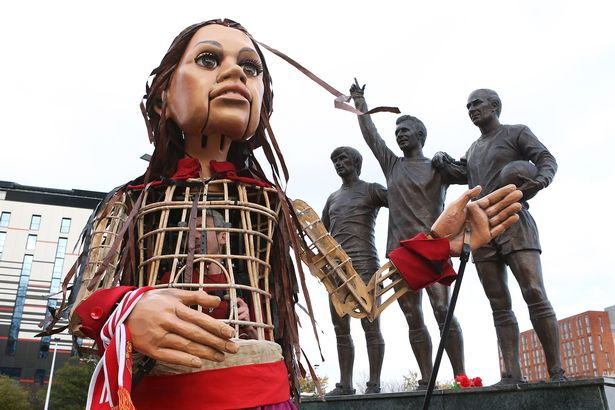 Before her walk concluded in Manchester, England today, fans were able to track Amal’s journey on the project website with an online map. Those wishing to donate to the refugee cause can contribute on the project’s homepage through Choose Love, an organization that provides food, shelter, medical services, and academic and vocational training for displaced children around the world.