Sometimes, the best ideas are born in moments of despair. A problem occurs, and the creative mind tries to solve it, anticipating future occurrences and nipping them in the bud. Azat Tovmasyan, the inventor of the Volterman smart wallet, no doubt identifies with that scenario. Apparently, he was always an expert at losing his wallet, but the epiphany came when his three-year-old daughter hid it behind the kitchen stove. Tovmasyan says he had to reapply for all of his IDs and cards (we feel his pain) before finally finding the wallet a month later.

The bureaucratic pain involved in recreating that original wallet led to the extremely versatile Volterman, which, among other things, boasts a built-in alarm system so you can find it when you’ve left it behind in a restaurant. When you move out of range, a helpful warning message will be sent to your phone. If it’s your phone you’ve misplaced, on the other hand, and you can’t find it in its usual hiding place behind the couch cushions, don’t panic. Just push a button on the wallet and listen for the ringing, which it will do even if it’s on silent mode. 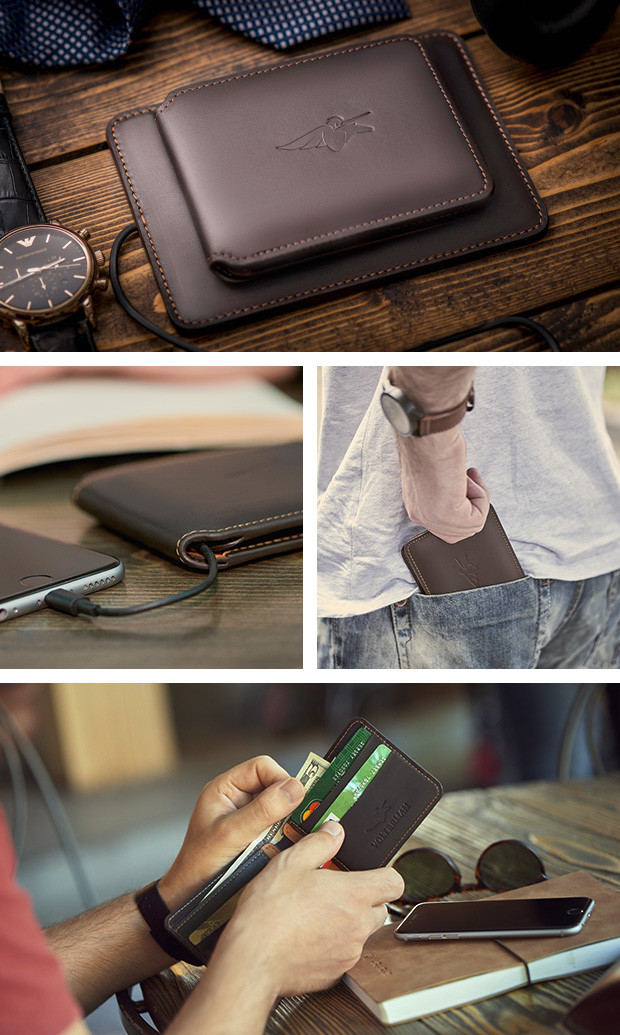 The Volterman will also alert you when a sticky-fingered pickpocket has their grubby paws on it. This feature is especially useful to anyone traveling outside the country, where a wallet’s contents can’t just be replaced on the fly. The smart wallet has even been equipped with a clever theft-detection camera. When the Volterman is in “Lost” mode, it’ll take a photo of anyone who opens it and email you a copy of their mug. If a thief tries to electronically steal your data or identity, they’ll be met by the smart wallet’s built-in RFID-blocking system. Ingenious! 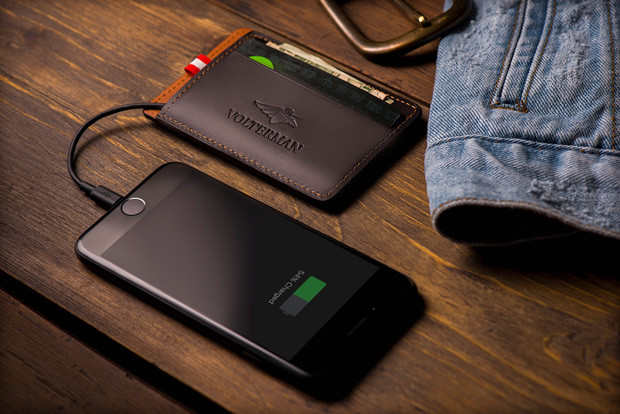 Small but mighty, the Volterman has also been fitted with an embedded power bank, which allows you to charge your devices on-the-go either wirelessly or with a hidden cable. That means no more fumbling for chargers and searching hopefully-yet-frantically for a free outlet to use. The wallet also features GPS tracking and Wi-Fi hotspot capabilities, keeping you connected no matter where you are in the world. Say goodbye to exorbitant roaming charges.

There are three siblings in the Volterman family, and we have a feeling you’ll be reluctant to play favorites. They are the “Cardholder,” the “Bifold,” and the “Travel Wallet.” They share virtually all of the same features, though each model’s power bank has a slightly different capacity because of size differences. 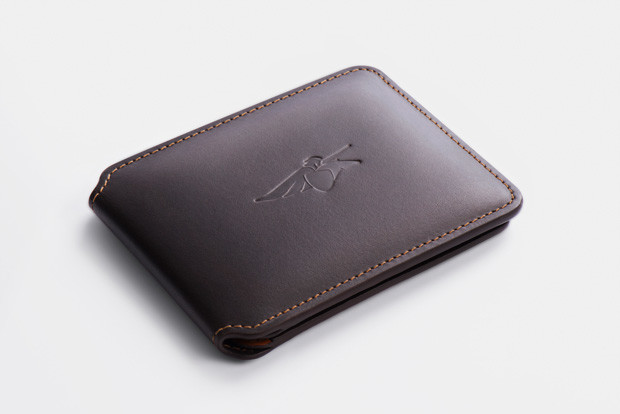 The Volterman reached its $45,000 crowdfunding goal on Indiegogo in a couple of hours. Its inventors seemed to anticipate this, though, describing the wallet as “the epitome of market-leading innovation and technological advance.” They’re especially proud of its technological features, which are “all wrapped up in a slim, lightweight, and stylish design.” 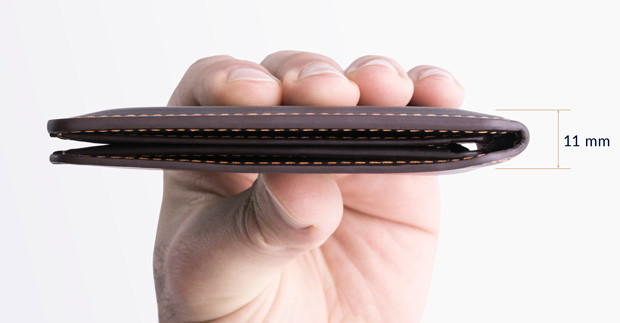 “Slim” is no exaggeration. The bifold version of the wallet is only 11 millimeters thick and weighs just 120 grams. It’s also completely waterproof, in case you find yourself in torrential rain. All Volterman wallets are constructed from either genuine Nappa leather or “superior-quality” vegan faux leather, and they are also fully compatible with both iOS and Android devices.