Can the 3D-printing revolution just arrive already? We’ve heard so much about how the ability to manufacture our own objects at home is going to change what and how we buy, potentially making it possible to recycle far more plastic and create parts on-the-spot to repair broken items. Plus, 3D printing could reduce our dependency on ultra-cheap labor, eliminate the need to import many items from overseas, reduce the amount of junk we’re tossing into the trash and into the world’s oceans, and enable just about anyone to design, invent, and produce their own goods. 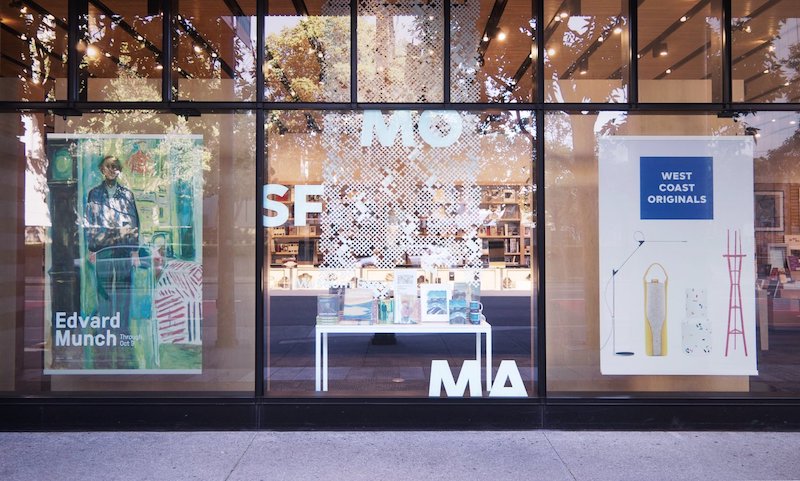 It’s only a matter of time before desktop 3D printers become financially accessible to a broad swath of the public. For now, they’re still pretty expensive (with a few exceptions). Still, many design studios have access to high-end 3D printers, and it’s always interesting to see what they use them for, especially when you see their products as harbingers of what could be to come. Now, a new project by design studio Box Clever is giving us what feels like a peek into the future with a modular, 3D-printed partition that can be used in a variety of ways. 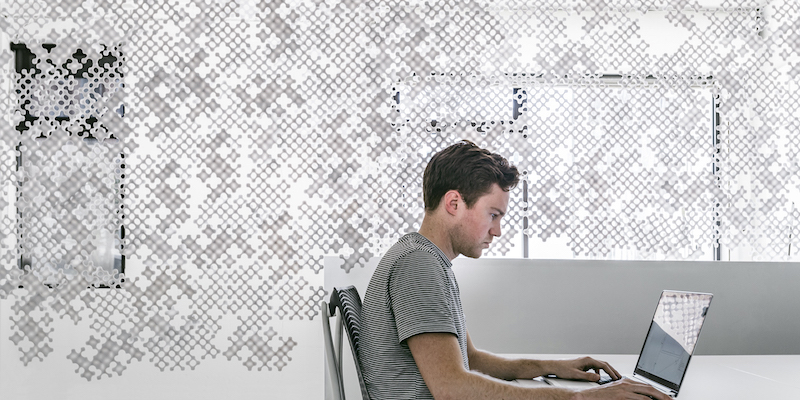 “Veil” was first created as a way to address the need for partitions in the firm’s studio space. The team 3D-printed a few concepts until they settled on one that seemed just right, and then they created a prototype. The result was so successful that they eventually launched a whole new company called Matte Chrome just to manufacture and sell it. Veil is light and airy, providing just enough of a visual barrier to delineate spaces and reduce distractions while maintaining a connection to the larger area. 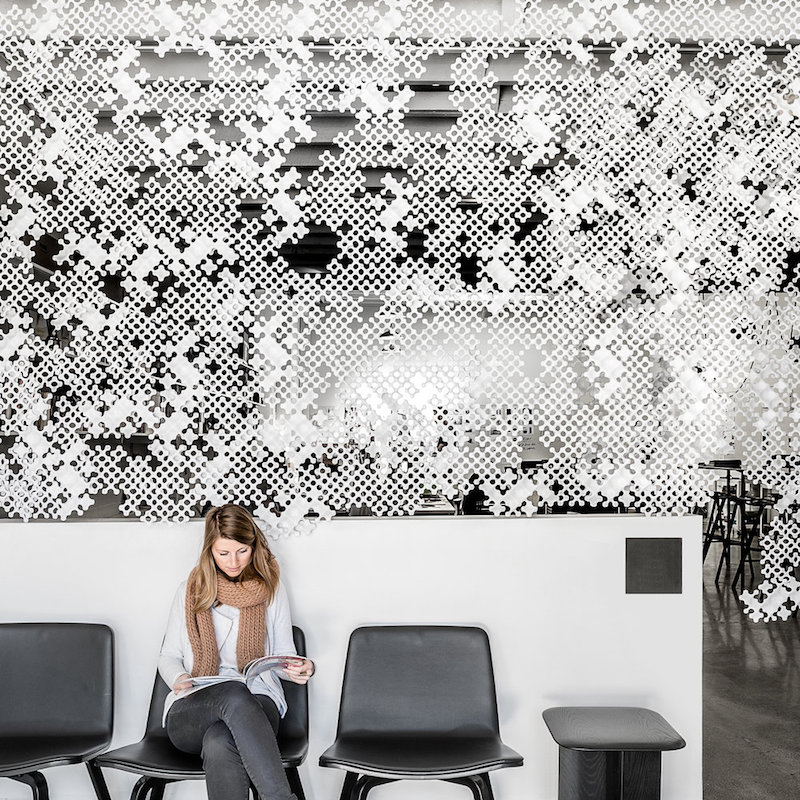 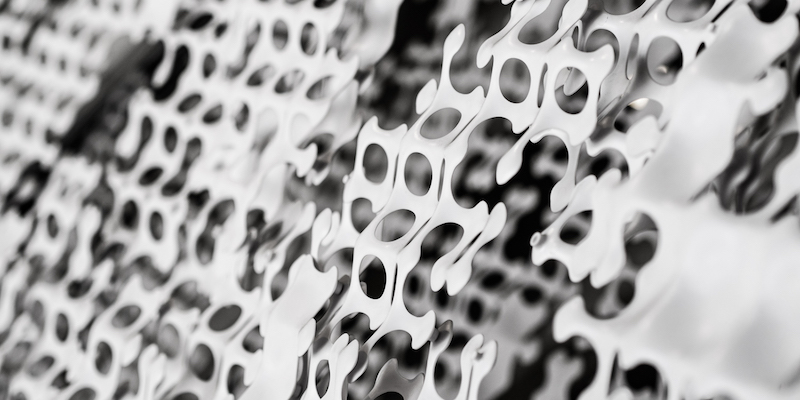 “Veil is a modular system designed to create a dynamic and visually appealing privacy partition for interior environments. Veil’s modular elements can be arranged to let in more or less light, varying the partition effect,” explain its designers. “Veil allows you to get inventive with the look and function of your space. Arranging its panels in different positions creates varied effects and shapes, and a lively interplay with light and shadow.” 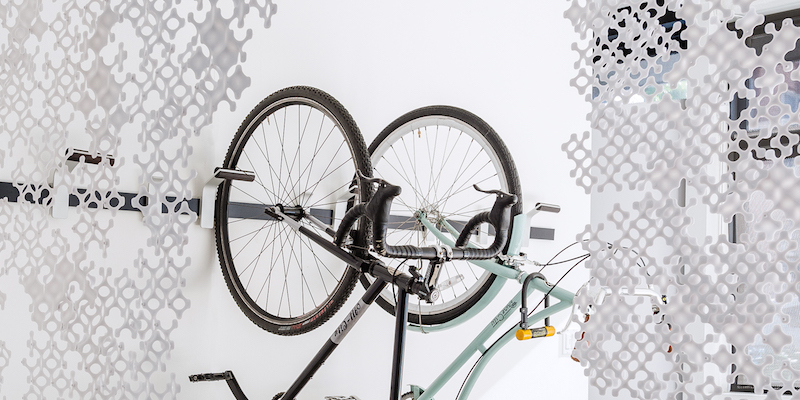 The system can currently be seen in place at the San Francisco Museum of Modern Art, where you can also purchase it in the gift shop. It’s also available on the Matte Chrome website for the relatively accessible price of $99 per package, which includes 15 open pieces, 10 closed pieces, and four hooks, resulting in a partition that measures about one square meter (or 39 x 39 inches). Depending on your needs, you’ll likely need multiple packages to create your own custom partition, but the system gives you lots of room for creativity in how you assemble it. The company recommends building partitions that are no more than two square meters in height for stability, but you can go as wide as you want. 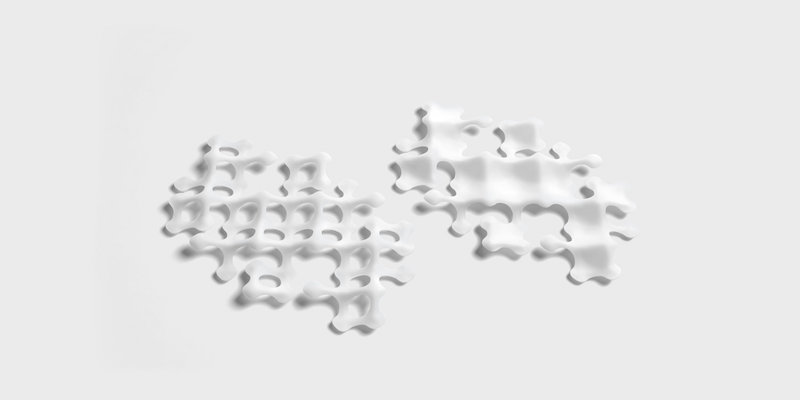 If there’s one downside to the Veil modular partition system, it’s how challenging it is to assemble. Box Clever’s spec sheet for the product reads: “Installation of Veil requires a significant level of assembly experience. While our instructional video can help improve familiarity with basic build techniques, Veil recommends consultation with a designer or architect prior to installation.” 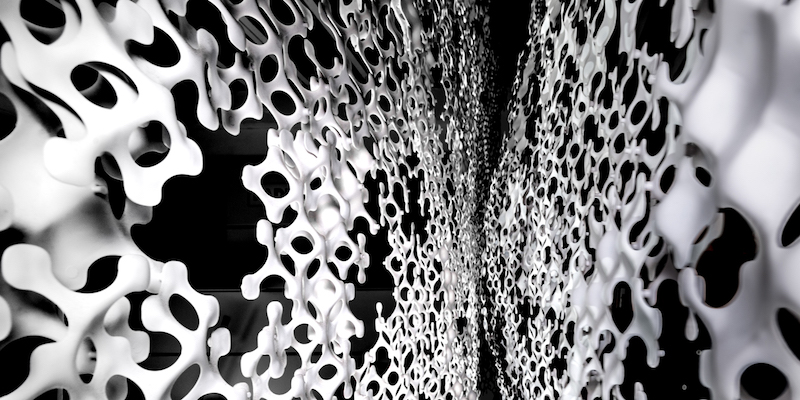 Still, photos of the Veil are proof of just how cool it looks once it’s in place. Plus, while many of us may be trying to cut down on the amount of plastic in our lives for the sake of the environment, 3D-printed objects like this could be melted back down again once they’ve reached the end of their usefulness in their current form and made into something entirely new. Now that’s inspiring.