Dutch architecture, design, and research firm UNStudio has recently won a competition to design a new cultural center in France. The competition arose as part of a larger initiative to invite designers to submit proposals for eight key buildings within the new EuropaCity development, which itself is set to be located just north of Paris in the Triangle de Gonesse area. 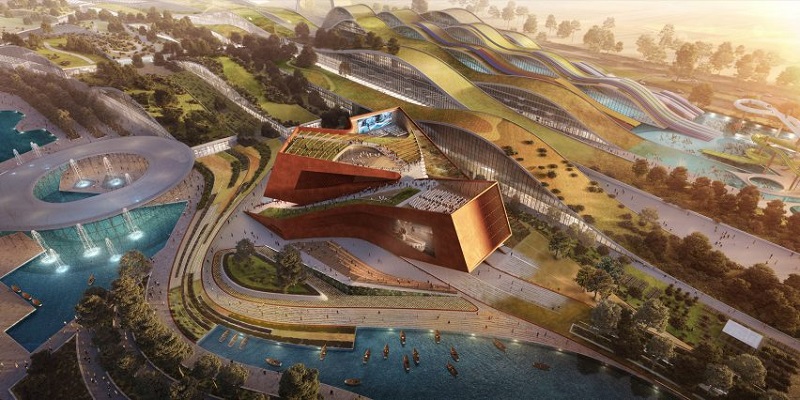 EuropaCity is a new build district whose masterplan was designed by starchitect Bjarke Ingles and his BIG architectural practice. Like UNStudio, BIG was given this privelege after winning a design competition. When it’s complete, the mammoth £2.74 billion mixed-use development will be aimed at attracting tourists and entertaining the masses.
UNStudio’s win will see them take the helm of one of the most prestigious projects within the innovative new area. More specifically, the firm will be contributing the Centre Culturel dédié au 7ème Art, a multi-purpose cinema and “cultural laboratory.” 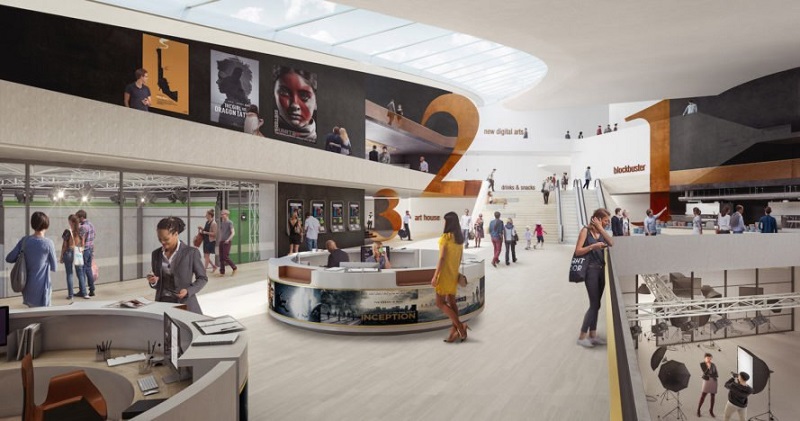 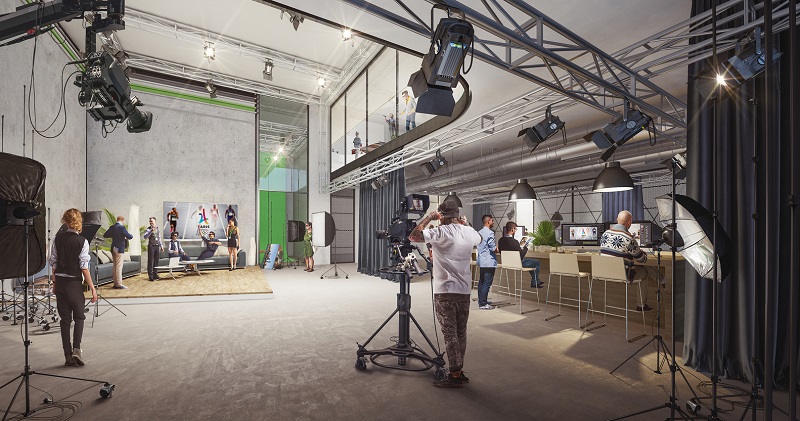 The center’s proposal is influenced by BIG’s masterplan in terms of its fluidity and openness, employing multiple curves and levels to create spaces that can easily be inhabited by the public. Ben van Berkel, one of the firm’s founding partners, says of the scheme: “Cinemas are the perfect example of concealed architecture. The cinema is the one type of building that becomes invisible once you step inside it. You spend up to two hours in a darkened room, immersed in the alternative space and time of the imagination…and then you leave. This limited user experience of the cinema as a venue led to the key concept that drove our design: the desire to create a building that in its totality offers a much more extensive experience of cinema.”
With this in mind, the firm has created much more than a single volume to house all of the venues and screening rooms — they’ve created an entire complex of interconnected and overlapping strcutures to make the most of the available space. This will result in the creation of a few unexpected spaces, which themselves can be used as both in and outdoor screening areas, terraces for lounging, and concourses where people can gather and interact. 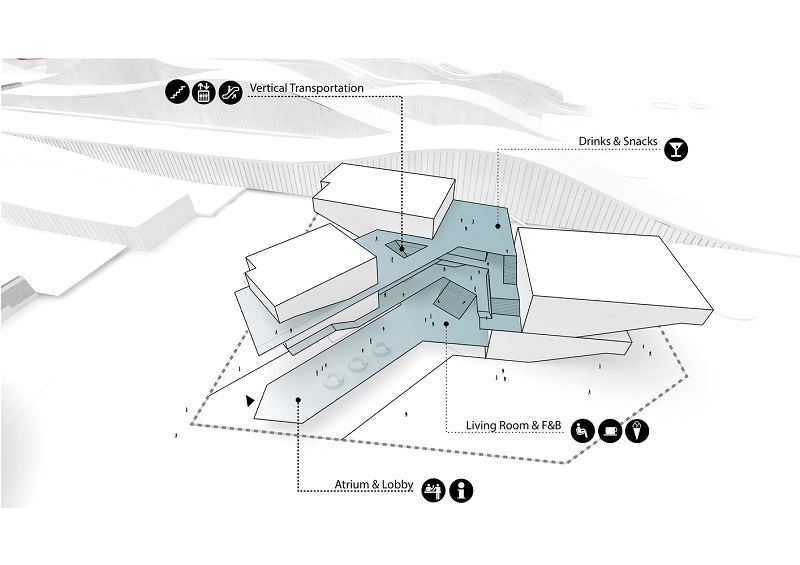 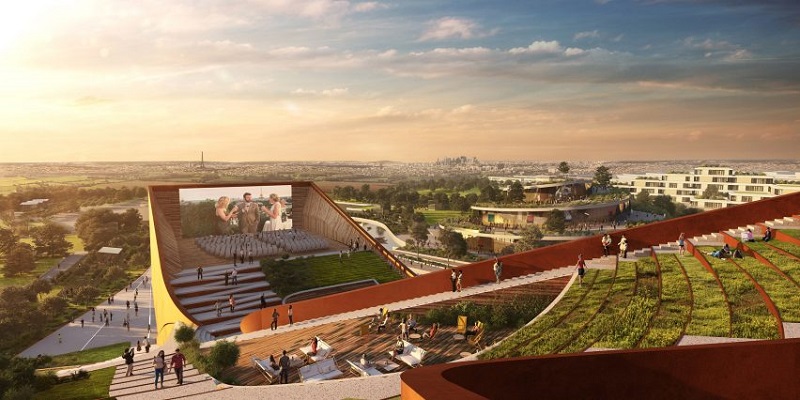 Continue reading below
Our Featured Videos
Renderings show three main volumes at distinct orientations, connected in the middle by food courts and atria/lobby areas. The entire complex will be clad in weathering steel (evocative of the sculptures found in landscape gardens), and each building will be topped with a green roof for both sustainable and recreational purposes. Van Berkel also explains that: “For the design of the Centre Culturel, we were inspired by the ‘Cinéma en plein air’ culture, and we wanted to celebrate the art of film-making. We have created a building where you can both produce and enjoy film as a shared experience.” Each of the three volumes will be themed based on the type of films they will show.
Apart from the design of the cultural center, the initiative also also sought designs for hotels, a concert hall, an exhibition hall, and a circus in EuropaCity. UNStudio seems to be continuing its winning streak, having just announced its appointment to build a new cablecar in Sweden.