Upon entering an interior space, the ceiling may not be the first thing that you notice — and that makes total sense, given the fact that most ceilings tend to be made from some bland form of drywall or suspended paneling. Some ceilings are left exposed, allowing the structural concrete to contribute to a space’s overall feel. Whereas floors and walls can come in numerous textures and colors, ceilings are often limited in the way of diversity. With stretch ceilings, that diversity grows substantially.
In use since 1969, stretch ceilings have been put into automobile showrooms, sporting facilities, airports, and museums all around the world. These non-flammable PVC sheets are heated, stretched, and eventually supported by perimeter tracks. A single sheet can span an entire floor, be configured to create three-dimensional forms, and even be used as a medium for light transmission.
In Melbourne, Australia, the multidisciplinary design firm Bates Smart oversaw the contruction of a performing arts and events atrium that made heavy use of stretch ceiling sheets. The formal language of Deakin Edge’s transparent exterior cladding is continued inside through the ceiling, which itself has been stretched out into translucent, triangular pieces. In some areas, the stretched ceiling obscures the lighting fixtures above it, bringing a theatrical quality to the illumination of the space.
It’s important to note that Deakin Edge was intended to be used for several purposes, acting as an event space for small to medium-sized performing arts spectacles, public lectures, and corporate launches. The three-dimensional configuration of its ceiling signifies the constant movement and transformation that takes place inside. 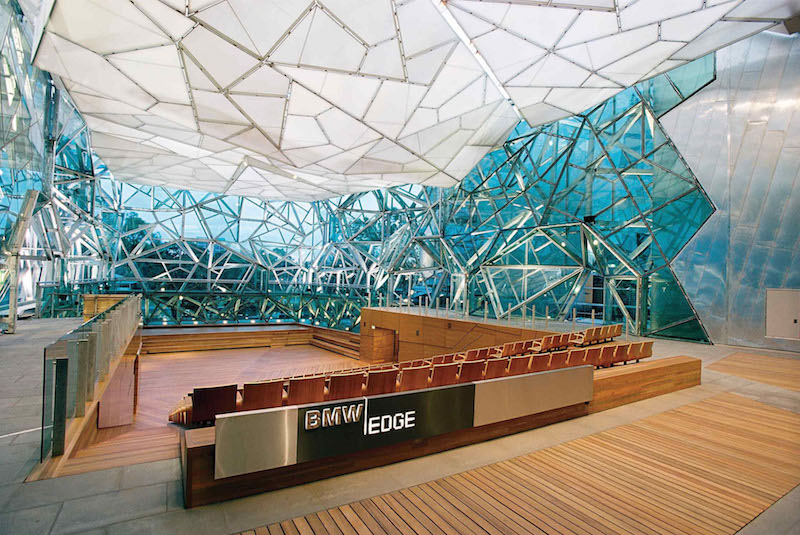 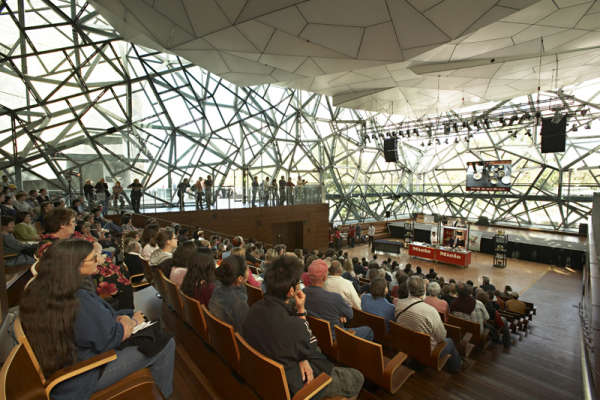 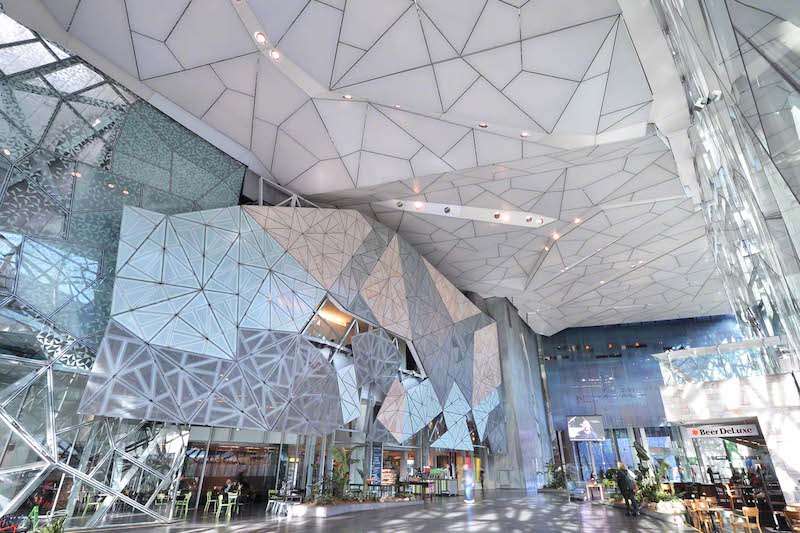 Elsewhere, architect Gilles El Khoury wanted light to be a central feature of his redesign for the Auberge du Port restaurant in Bandol, France. He used a stretch ceiling to create four different types of lighting within the restaurant, changing in color depending on the required atmosphere. The lighting fixtures are placed above the stretch ceiling, and their light filters down through the sheets. 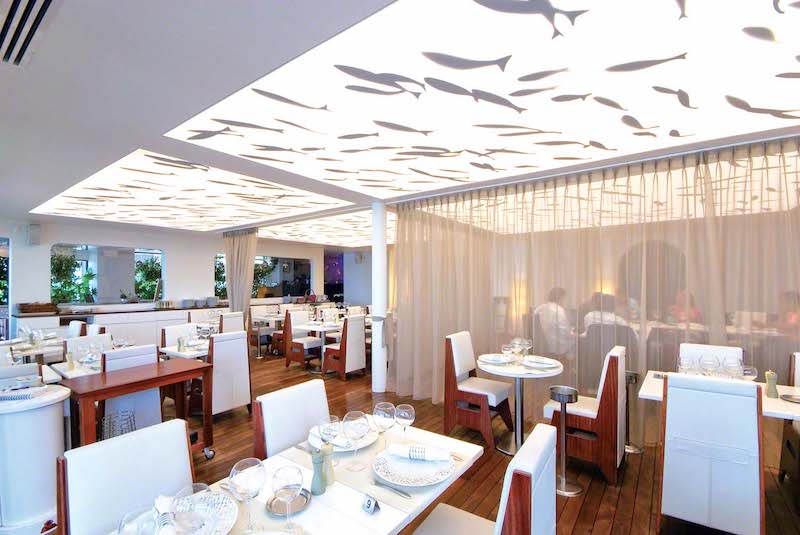 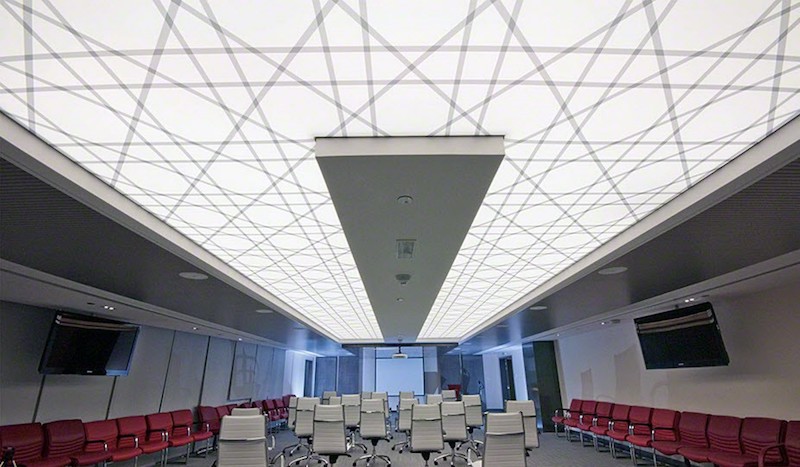 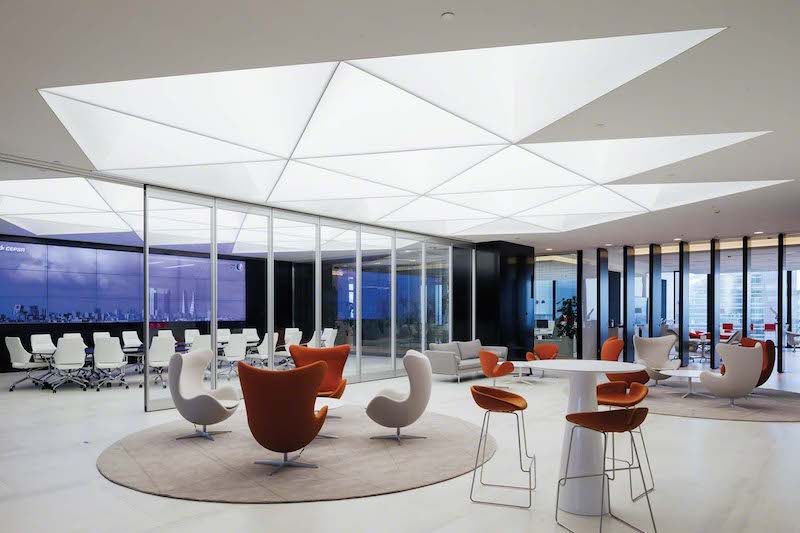 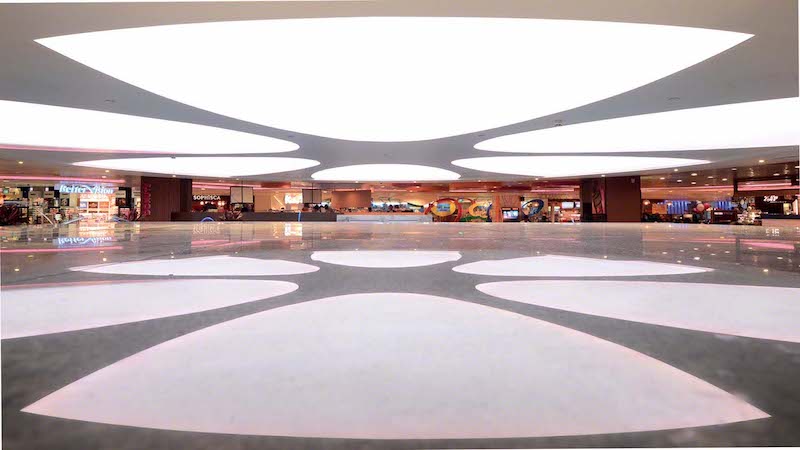 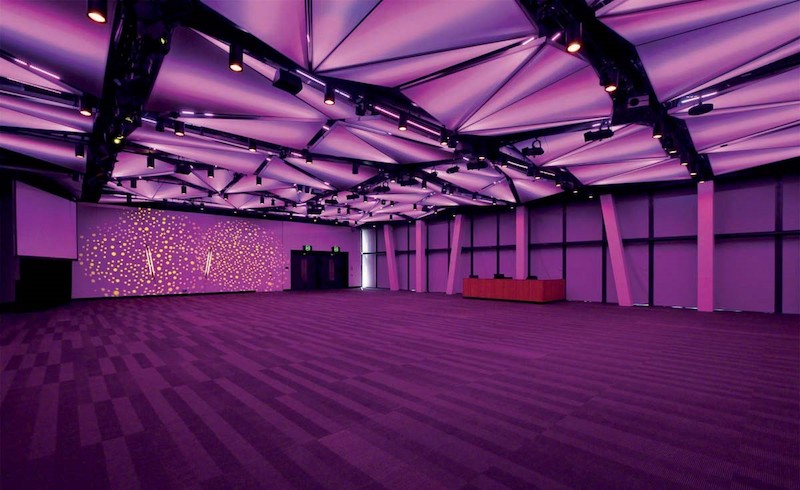 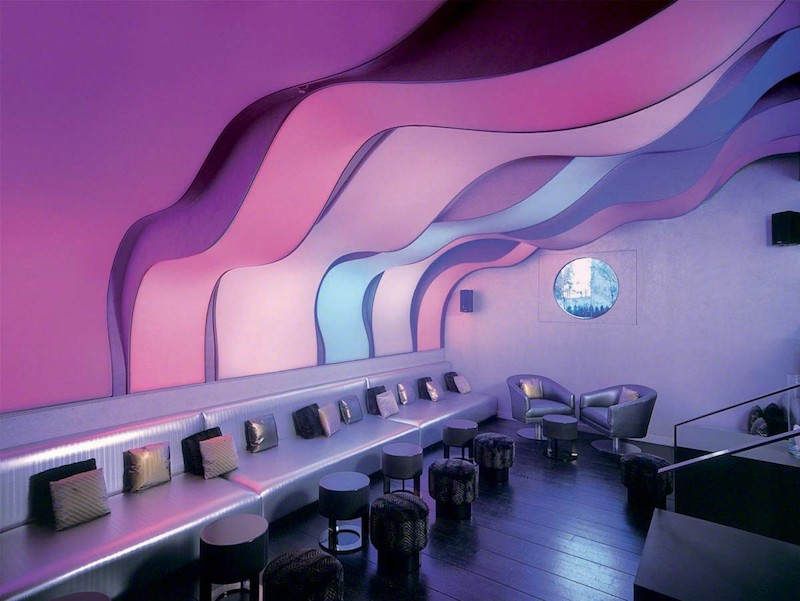 When designers want to make an area seem more spacious, they use mirrored stretch ceilings to flip the entire space on its head. With their brilliant sheen, these stretch ceilings reflect and brighten, thereby creating the illusion of spaciousness. On one hand, this kind of horizontal symmetry can make spaces seem unstable to anyone who is not used to it, because ceilings are rarely a literal mirror of floors and walls. On the other hand, using a mirrored stretch ceiling can also help emphasize the spatial organization within a room, creating a visual balance unlike any other. 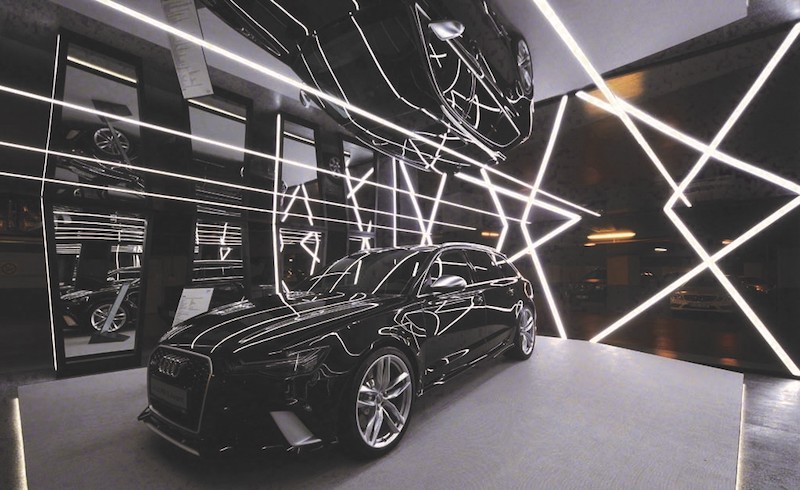 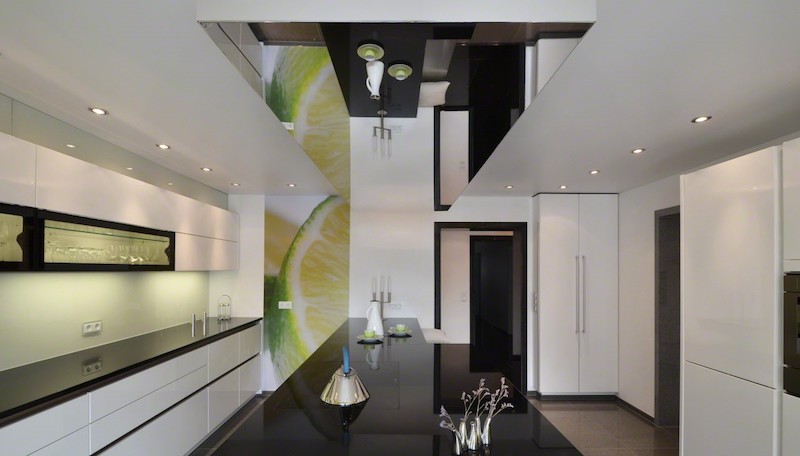 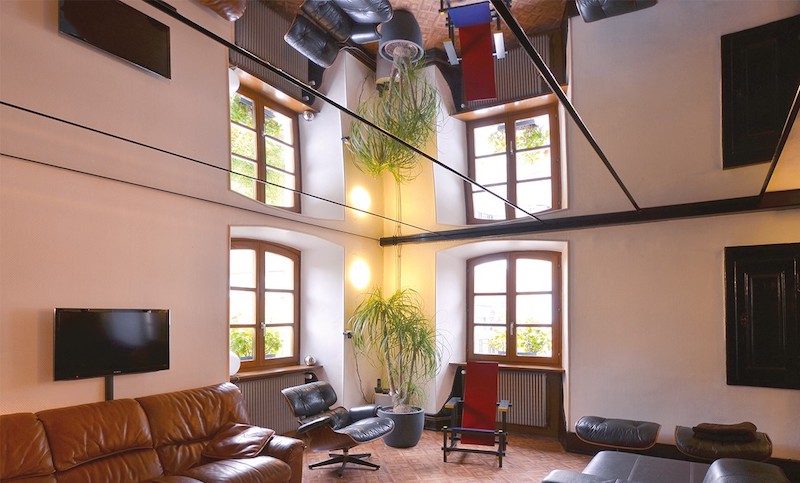 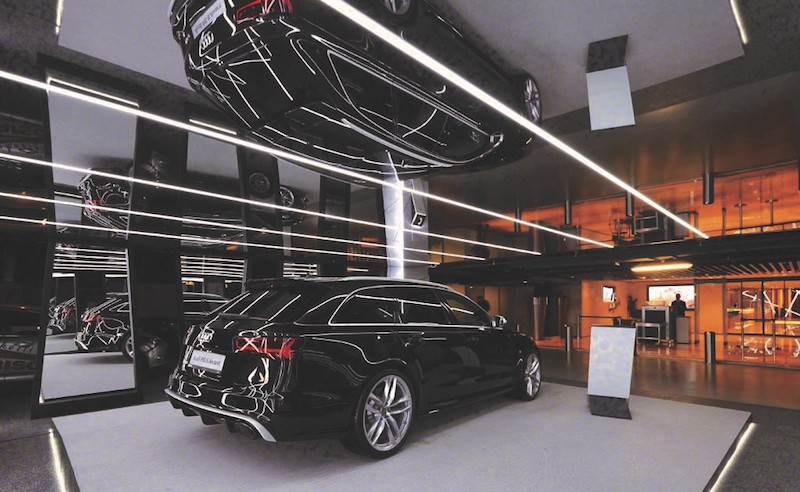 Stretch ceilings give interior designers unlimited ways to plan, form, and suspend ceilings. Ceilings do not have to be bland horizontal planes that simply run parallel to the floor. Though three-dimensional forms could be created with drywall or concrete, stretch ceilings are much easier to manipulate into some truly unique creations.