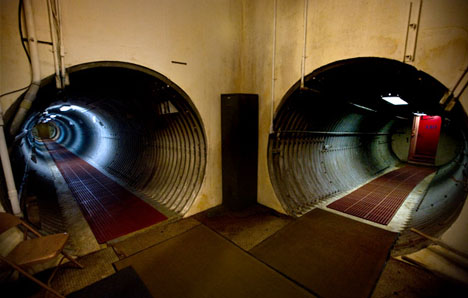 Like something straight from a science fiction or horror movie scene, this underground nuclear missile silo was once a dank, dark and deserted structure of interest to no one – until man saw past the pooled water and cracked concrete and began to build by hand the ultimate underground dream house for himself in the family. 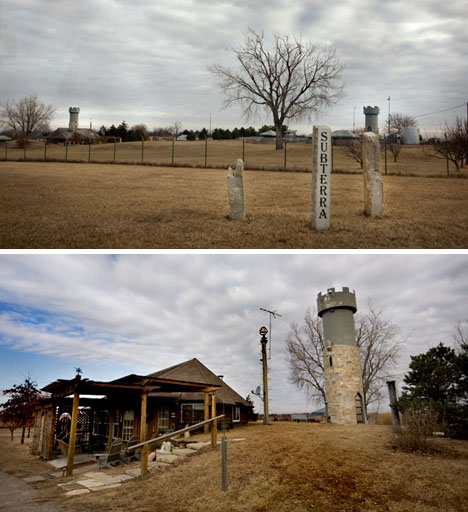 Occupying only a third of the nearly 20,000 available square feet of total military base, Ed Peden and his family live in a world of weird wonder purchased for a relative pittance at $48,000 and derelict for decades when he went to buy it. On the surface, former escape hatches now look like castle turrets and a shack-like structure is about all there is to mark the entrance to this domain. 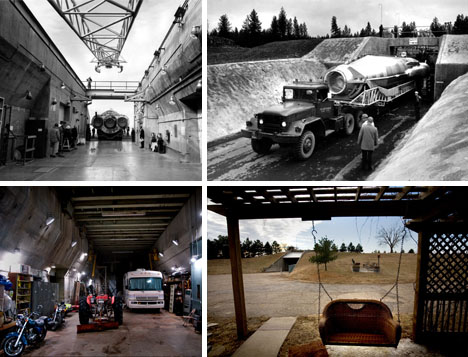 Fortunately for the family, the gigantic missile bay was an early model set horizontally in the ground – a parked rocket-loaded truck was designed to drive out, angle the rocket and fire if needed. This space has, with only minor additions and conversions, made for a vast parking and storage area. 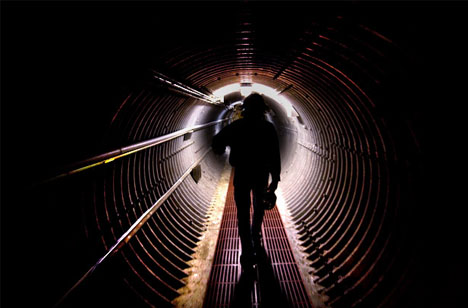 What many people fail to realize when they see something like a run-down nuclear missile base is that (beneath the grime, water and other signs of age) the underlying materials are often of the best quality and likely to last at least a few lifetimes after being outwardly restored – from top-notch concrete to high-grade steel. Peden became so enamored with his own unique living space that he switched from a life of teaching to a profession of selling missile silos around the United States. [Edit: Video from VMS added, thanks to Matt] 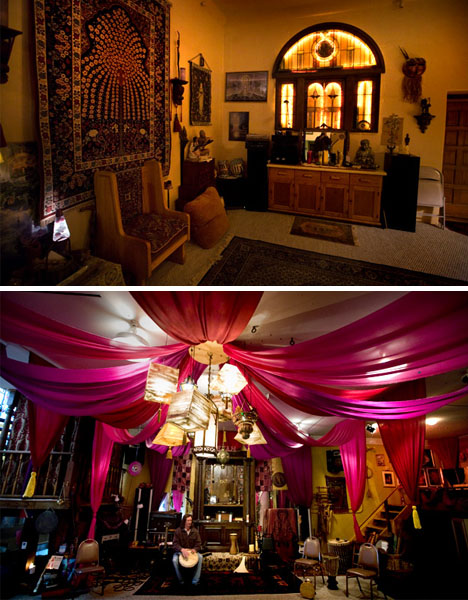 While many of the interior spaces have been left as industrial tributes to the history of this silo complex, a few choice above-ground areas were turned into more family-friendly and colorful living quarters. Still, these places seem almost like a facade – the overt surface area that masks the incredible depths of the underground home spiraling outward below. (Images by Jim Merithew).