Today’s cities are becoming denser and denser all the time. As people continue to move to urban zones from rural areas, many cities find themselves scrambling to meet the demand that is being placed on them. More often than not, there’s simply not enough room for everyone, causing the prices of houses and apartments in the area to skyrocket. Subsequently, architects and designers are constantly having to come up with innovative solutions to battle major housing crises. 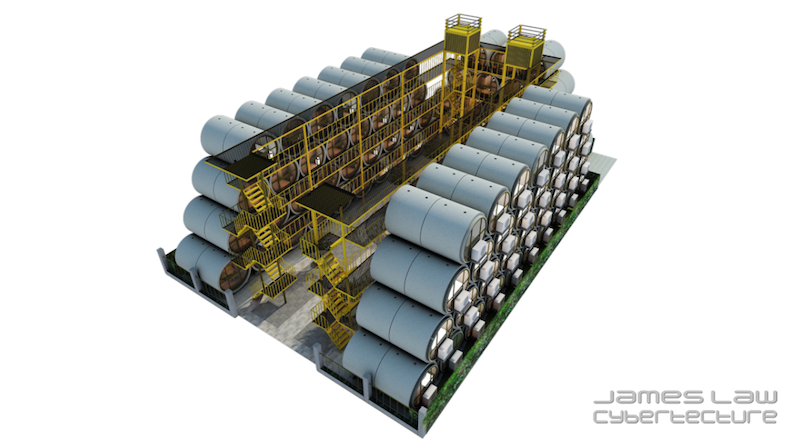 Now, an experimental architecture and design practice has come up with a prototype solution to meet the city of Hong Kong’s housing needs. James Law Cybertecture takes an innovative approach to architecture and urbanism to produce made-to-order, original, and practical solutions to a wide range of challenges. One of the firm’s newest ideas is “OPod Tube Housing,” a series of compact and stackable apartment units made from the standardized concrete water pipes commonly used in large-scale engineering projects. 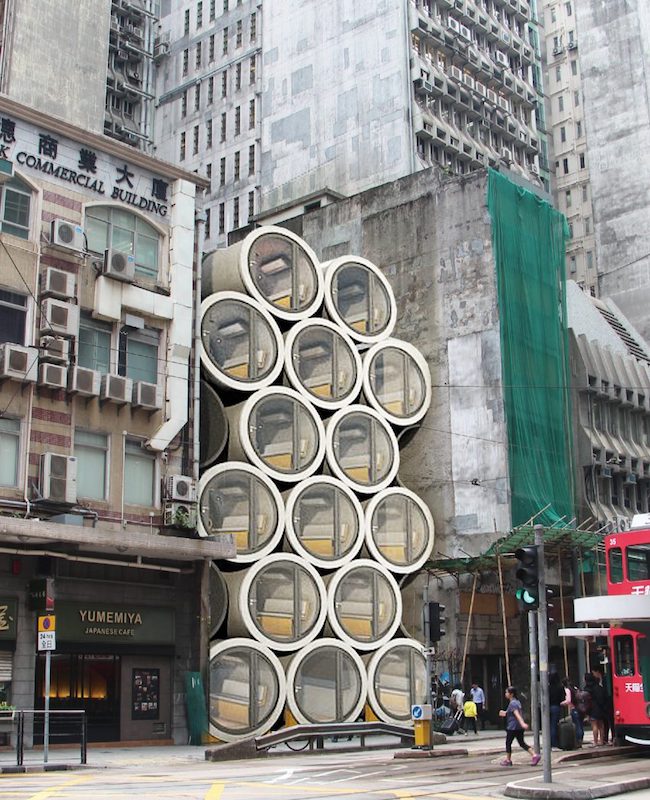 Believe it or not, these two-and-a-half-meter-wide pipes actually have many benefits to offer. For starters, they are all pre-manufactured to a standard size, making them far more cost-effective to produce than any custom-built structure. And since they’re so easy to stack on top of one another, they’re also great for in-filling vacant sites between existing buildings. Nonetheless, they’re still big enough on the inside to accomodate a number of amenities, making them perfect for habitation by city dwellers. 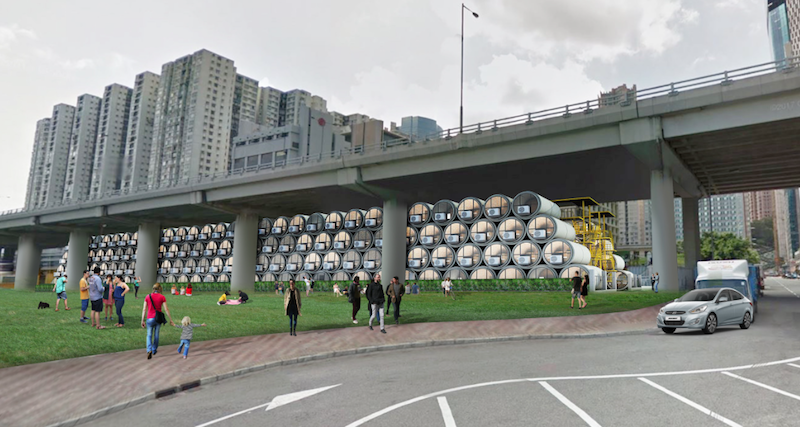 Studio founder James Law explains: “OPod Tube Housing is an experimental, low-cost, micro-living housing unit to ease Hong Kong’s affordable housing problems.” He predicts that the tubes will be especially attractive to younger people like students who cannot usually afford bigger living spaces but are more than happy to move into a small one for a year or two. 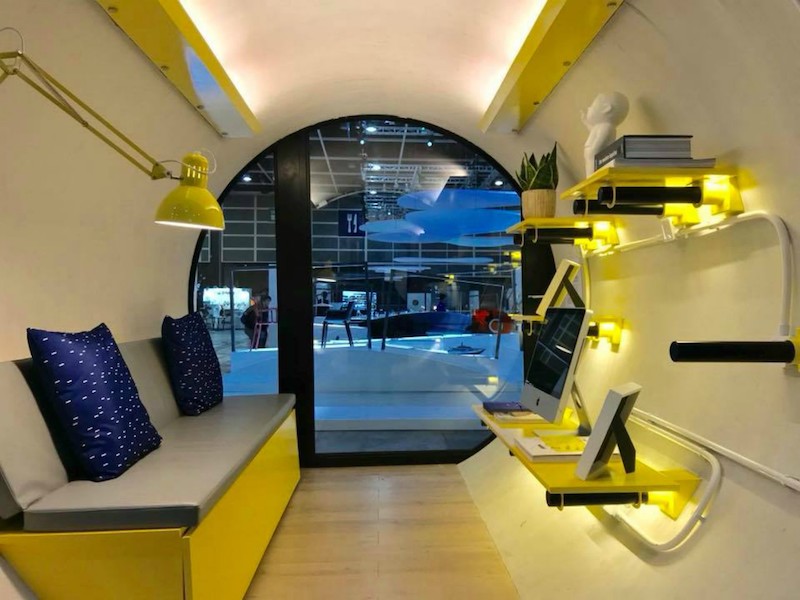 The curreent protoype boasts a white interior, which itself has been fitted with yellow backlighting, shelves, a seating area with a fold-out bed, a clothing rack, and even a little storage space. The rear of the tube contains the bathroom, which houses both a shower and a toilet. A wooden floor provides a flat surface for the resident to walk on, and there are also a few electrical outlets scattered throught for people to plug their devices into. The front of the tube is completely covered with glazing, in the center of which the front door has been installed. 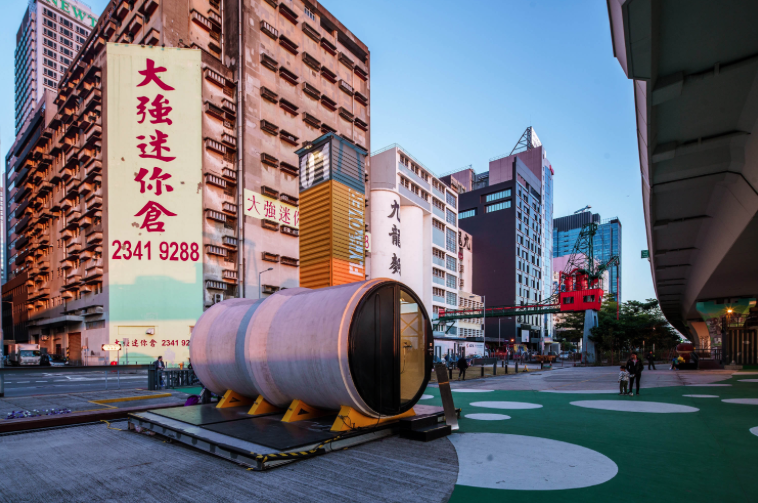 Law is confident that his proposal would provide a viable alternative to traditional housing in Hong Kong. By his caluclations, each pod would cost about $15,000 to make, though they could be rented for just $400 a month (a far cry from the city’s average rent price of $2,000 per month for a one-bedroom apartment). Law’s idea also extends beyond just clawing at the existing leftover spaces in the city. He also plans to use the pods to create self-contained communities that provide greater access between each unit.