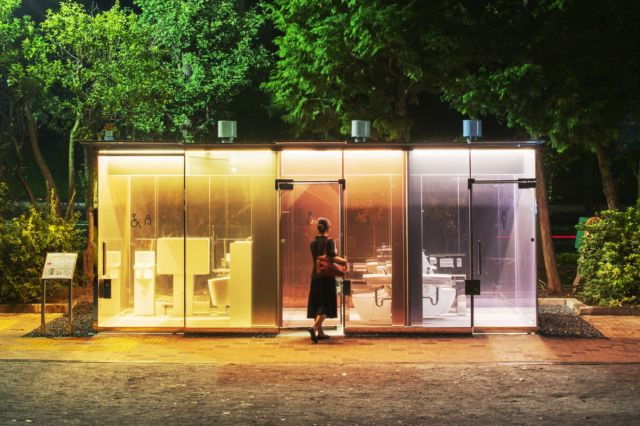 Designed by Pritzker Prize-winning company Shigeru Ban Architects, the two sets of glass-walled restrooms are part of the Tokyo Toilet Project, an initiative launched by the Nippon Foundation to increase public restroom use by dispelling stereotypes that they are “dark, dirty, smelly, and scary.” The new see-through lavatories, which become opaque when locked, were designed to address these specific issues. “There are two things we worry about when entering a public restroom, especially those located at a park. This first is cleanliness, and the second is whether anyone is inside,” the architects explain on the project website.

The transparent walls allow passers-by to judge the tidiness of the toilets without even entering. They also make it obvious if the facilities are in use or not. When a bathroom stall is locked, crystals in the tinted glass are realigned by an electric current, restricting most of the light from passing through. This creates a frosted look, giving the occupants sufficient privacy. As soon as the door is unlocked, the walls become transparent again. 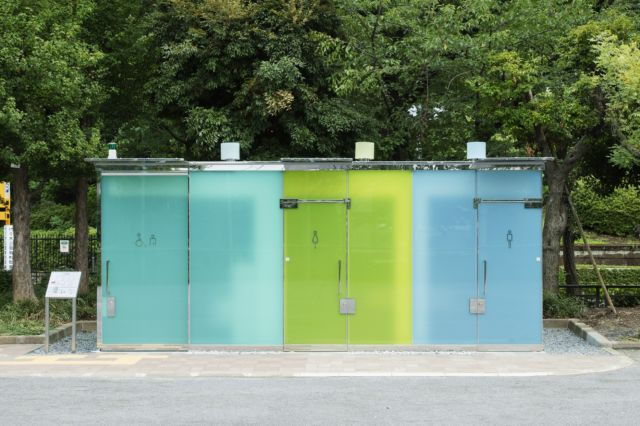 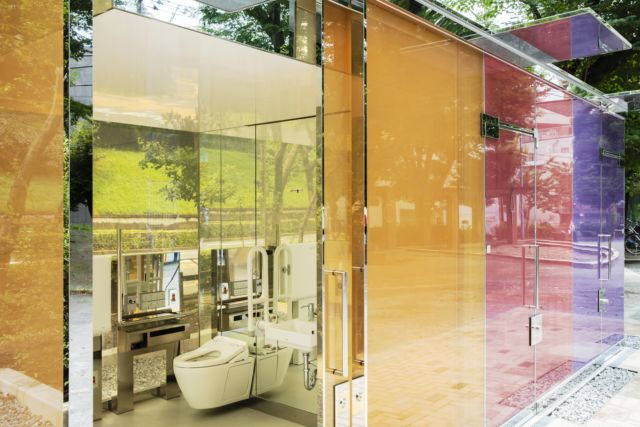 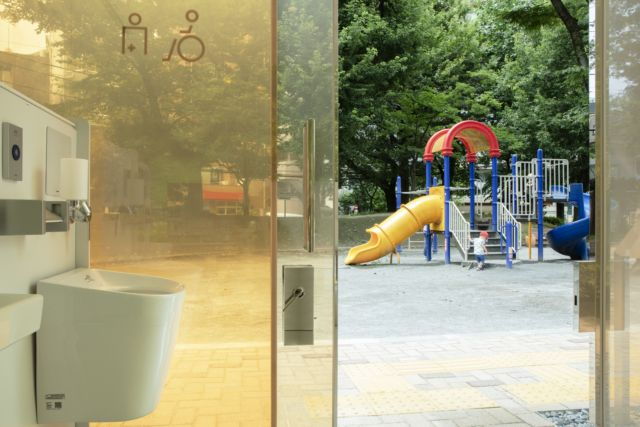 Another measure of safety intersecting with art is the way the restrooms “light up the park like a beautiful lantern” at night. Each toilet compartment glows in its own vibrant shade: lime green, tangerine, violet, aqua, or fuchsia. Adding to the mystique of these toilets, the walls between the stalls are also mirrored. Reviews on this feature have been mixed, though, as it seems to give users a strange feeling of being watched. 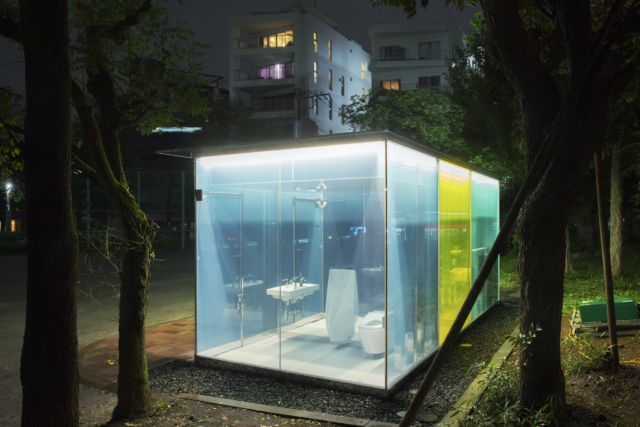 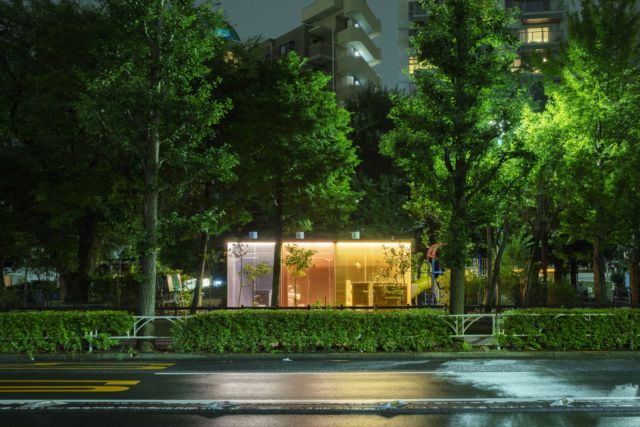 These particular installations, located in Tokyo’s Yoyogi Fukamachi Mini Park and Haru-no-Ogawa Community Park, are just two of 17 new restrooms commissioned by the Nippon Foundation in its efforts to “build public toilets that can be used by anyone.” The project dovetails with a countrywide push to make the city more hospitable before the now-postponed Tokyo 2020 Summer Olympics.

“When Japan succeeded to host the Olympic and Paralympic 2020, the word ‘omotenashi’ (a Japanese word that means to wholeheartedly look after guests) was repeatedly presented as the symbol of Japanese hospitailty,” said Mihoko Ueki, project coordinator for the Nippon Foundation’s social innovation team, in a recent interview.

“However, if you take a look at the public toilets, most of them are not accessible for everyone regardless of gender, age, or disability. Considering that, we thought that we [could not truly] show the guests from overseas ‘omotenashi’ as the symbol of Japanese hospitality.”

According to a government survey, up until 2016, 40 percent of Japan’s public restrooms only had squat stalls, requiring trucks to suck out waste and dispose of it elsewhere. Since then, 332 public facilities have been refurbished with more modern, hygienic toilets. 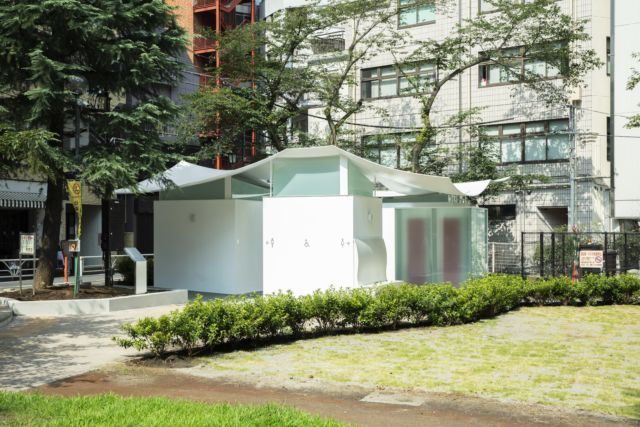 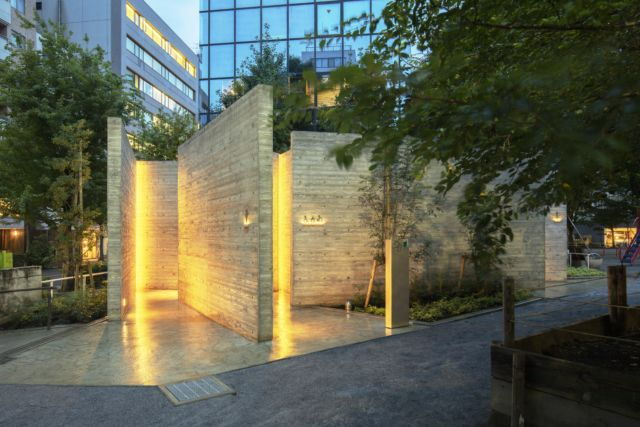 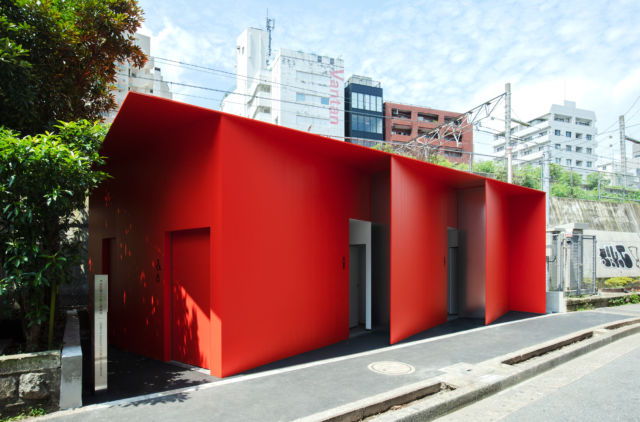 The new Shigeru Ban lavatories certainly fit the desired profile for cleaner, state-of the art toilets with their colorful outer shells and crisp interiors of white tile and chrome. To date, three other public restrooms have been unveiled, including the “Squid Toilet” by designer Fumihiko Maki, itself a courtyard of stalls under a curved roof housed within a children’s playground known as the “octopus park.” Second is the “Modern Kawaya (river hut)” by designer Masamichi Katayama and his studio Wonderwall Inc., and third is the Origata (traditional Japanese method of gift wrapping) toilet, created by designer Nao Tamura. A total of 12 more facilities will be installed by the end of August 2021.