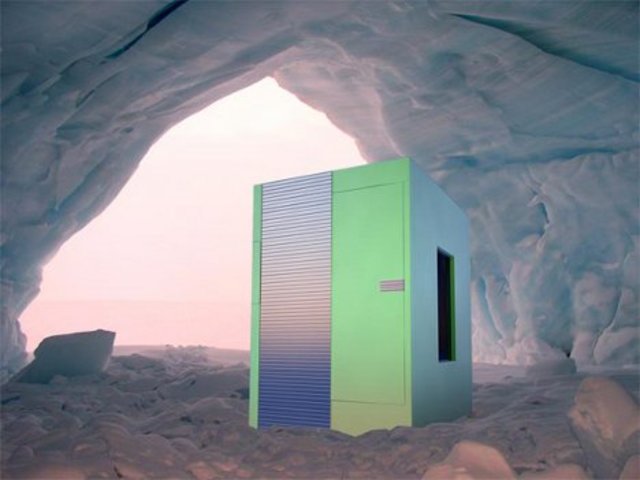 The time-worn adage about necessity and invention is one that may induce some eye-rolling, but it is undeniably true. This is particularly the case in arctic zones which are often extremely inhospitable to humans – yet we as a species continue to venture there in order to learn about our world. Arctic architecture is highly durable by necessity, and when it’s prefab and mobile to boot, its versatility is enhanced, allowing it to adapt to all kinds of conditions and situations. 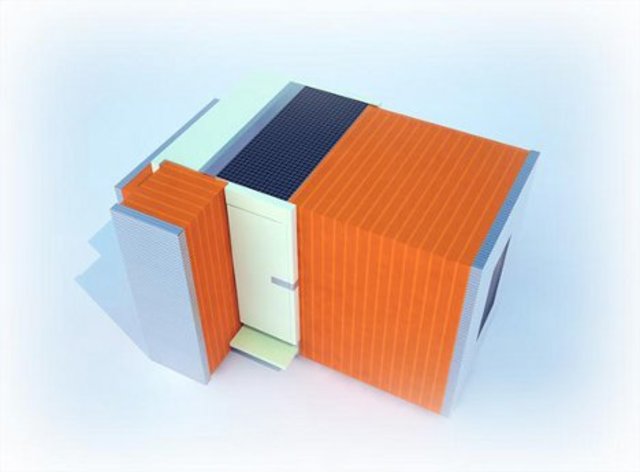 To support the mission of these intrepid Arctic explorers, 2-B-2 Architecture designed the Arctic Mobile Unit. The small pre-fab unit provides life support for three people for up to 15 days. Researchers would share the tiny living quarters for short-term treks; any longer and they are likely to get a bit annoyed with each other. Each AMU is 6.5 feet X 5.25 feet X 7.5 feet, making it just big enough to eat, sleep and shower in. 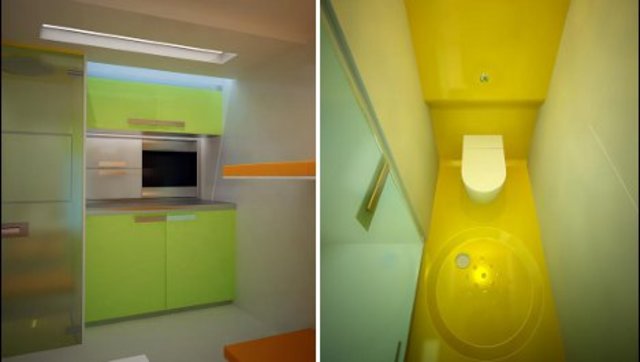 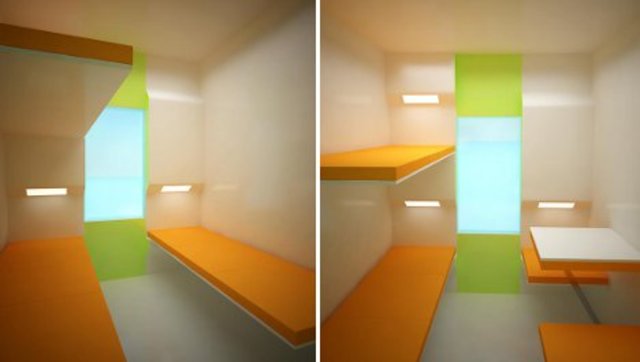 Like any well-designed tiny living space, the AMU is designed to use space efficiently. One of the sleeping bunks turns into a table and chairs for two while the toilet sits inside of the shower enclosure. 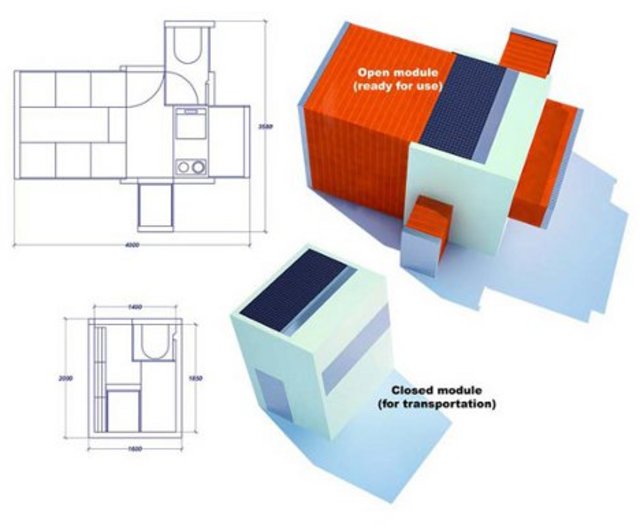 For ease of moving, the AMU is partially collapsible. When on the move, the unit is compact and unhindered by protuberances. After arriving at its destination, certain parts of the pod pull out to offer a slightly expanded (though still remarkably tiny) interior space.

It might be hard to imagine sharing such a small space with more than one other person, but extreme environments often call for sacrifices. At least this odd little arctic hut has some fun retro ’70s aesthetics and cheerful colors to help make the situation more bearable, and if you’re a scientist living in the arctic in the first place, you’re probably too invested in your work to worry too much about your accommodations. Or at least, one would imagine.