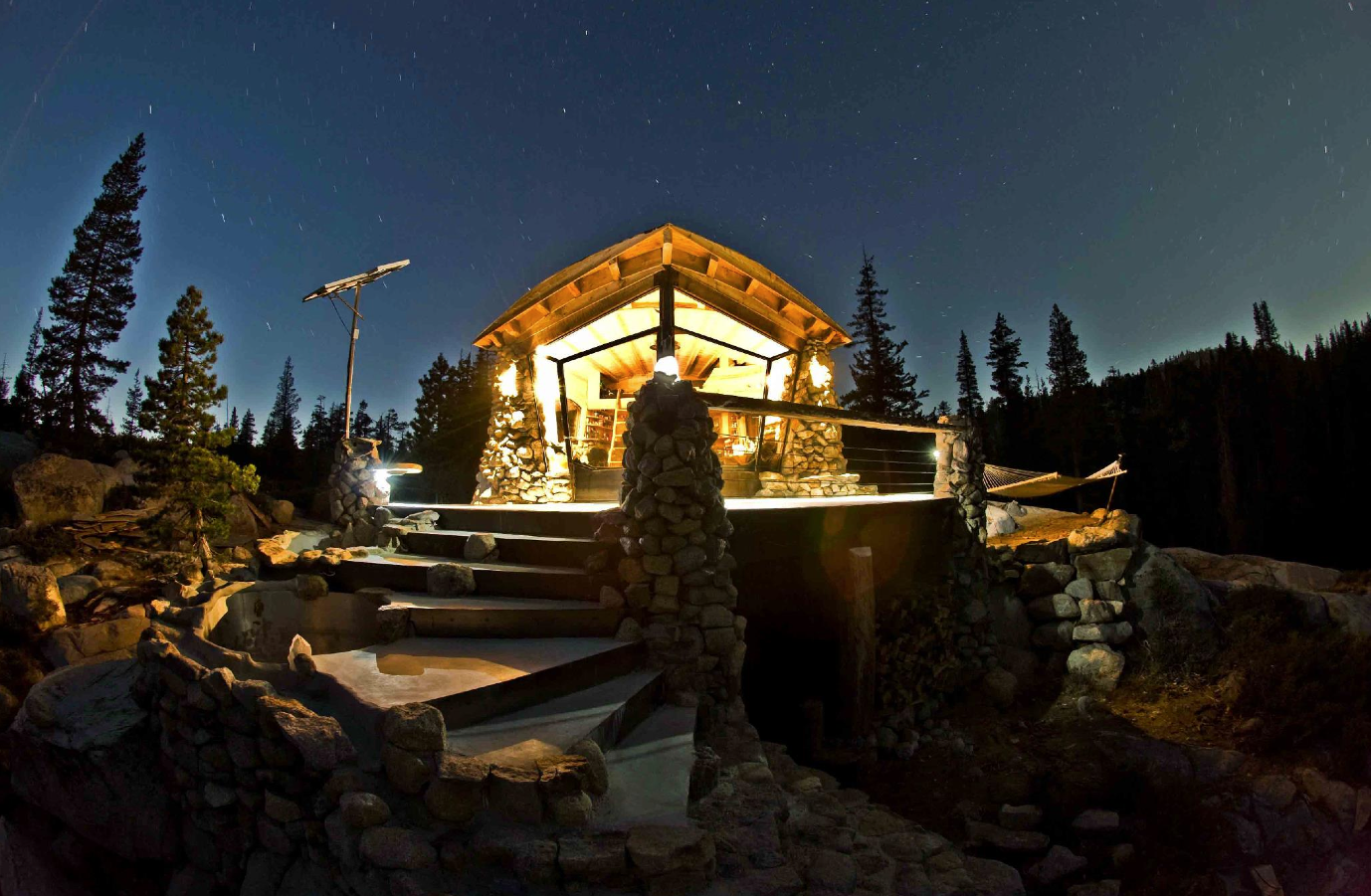 The fantasy of going off the grid continues to fascinate many of us. As does the tiny house movement. The two became a reality for former pro snowboarder Mike Basich, who built his very own tiny hilltop cabin in a scenic mountain setting in the Sierra Nevada, CA. 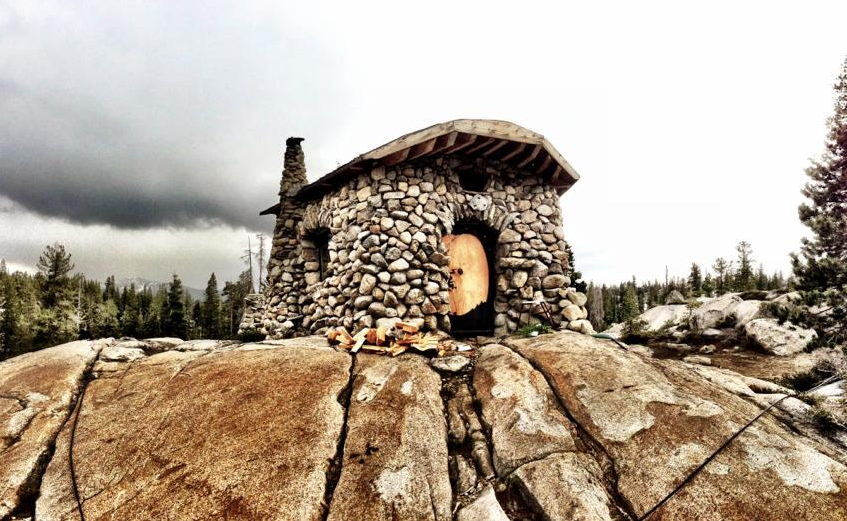 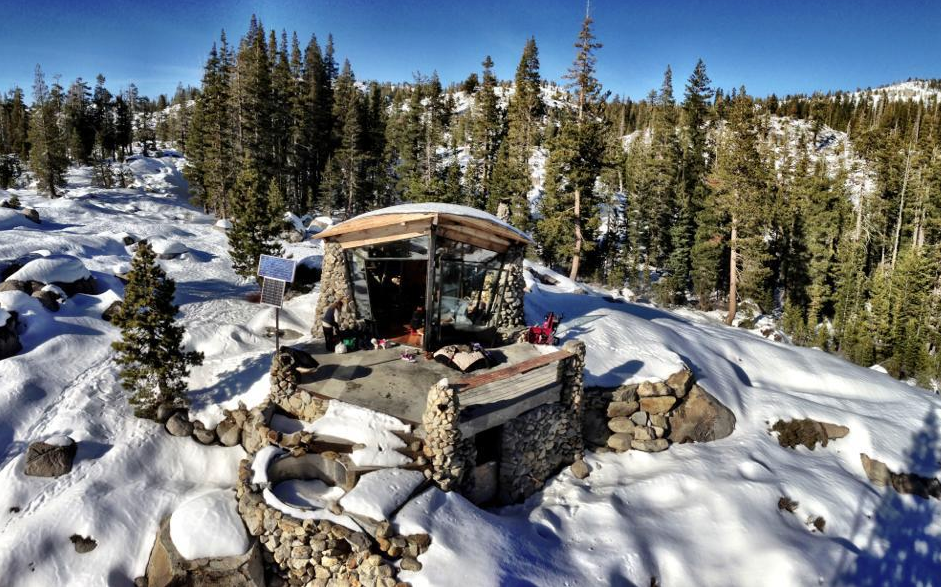 Located on 40 acres near Truckee, CA, his stone cabin – dubbed Area 241 – measures just 225 square feet but is super cozy with stunning views, large glass panels, a hot tub and even a chair lift – which Basich also constructed himself. The tiny house took him five years to build, 2.5 years alone for all the stonework, which he estimates comprised 175 tons of rock. He has no interior plumbing but a stone shower that serves as a seat during the day, and a little wood-fired oven. He sleeps in a “loft.” All the Douglas Fir timber needed was collected on his own land. Every piece of cement was hand mixed with water collected by hand. Water comes from two creeks on the property and power from a few solar panels. 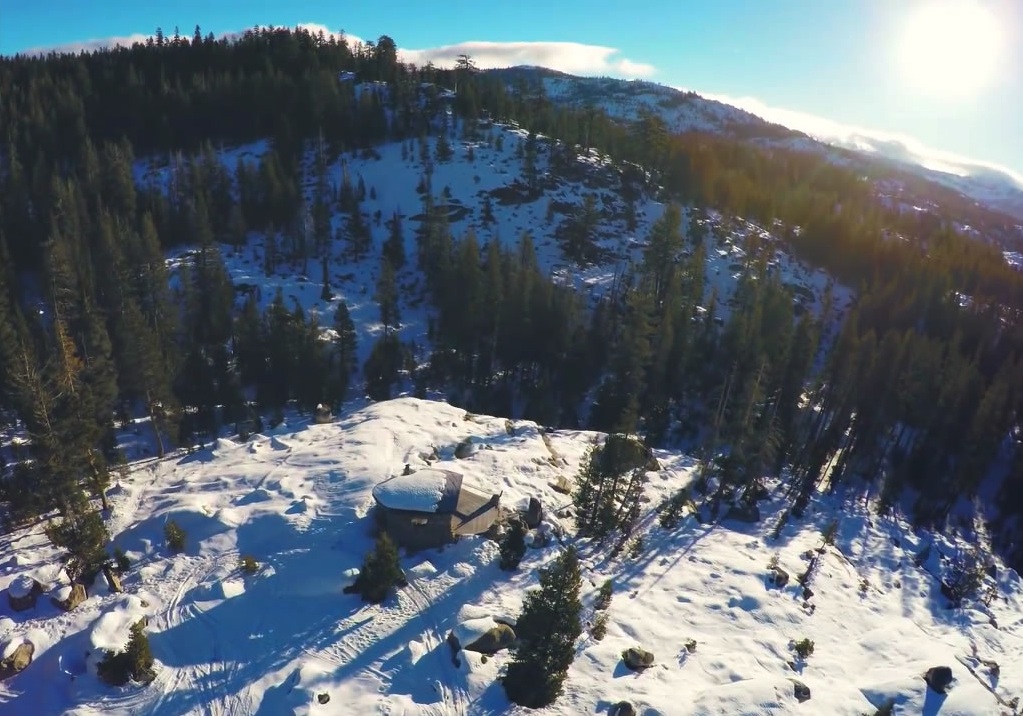 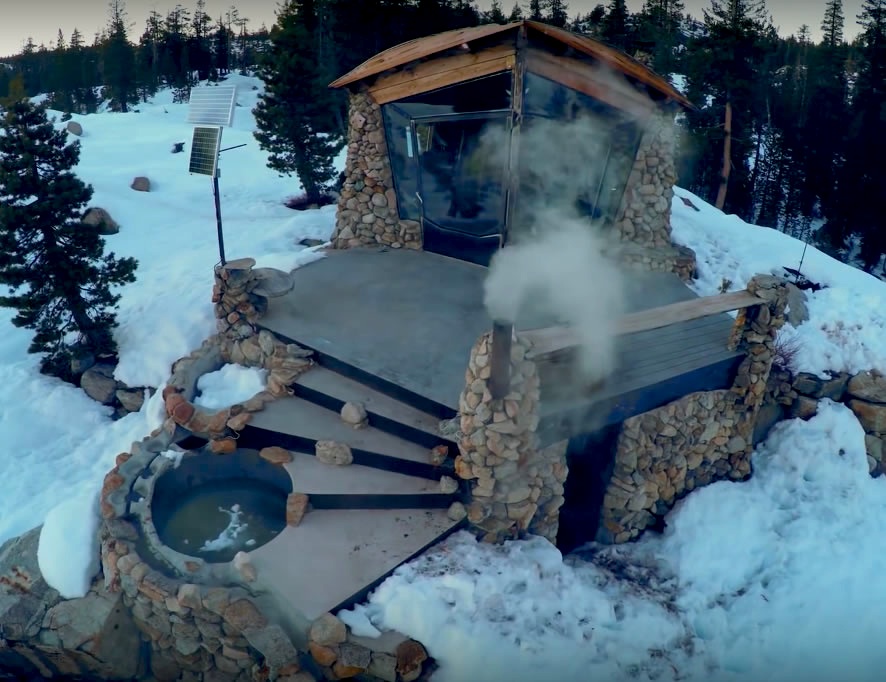 He based his design on the ancient concept of the golden ratio, a geometric relationship that appears in nature in spiral shapes and also the pentagon and golden rectangle. Hence, his little home is pentagon-shaped. 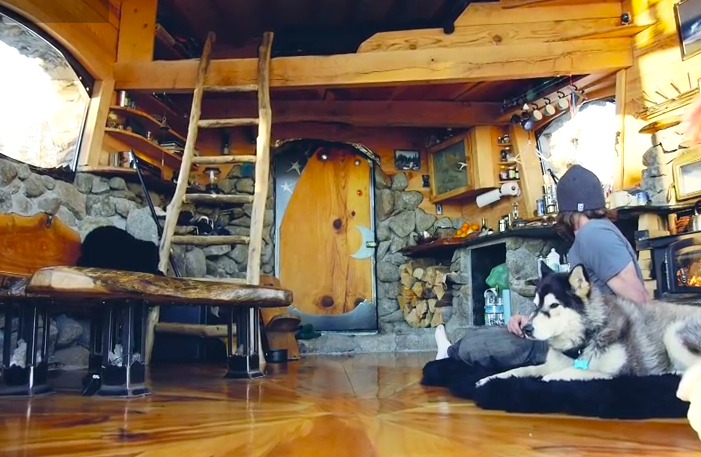 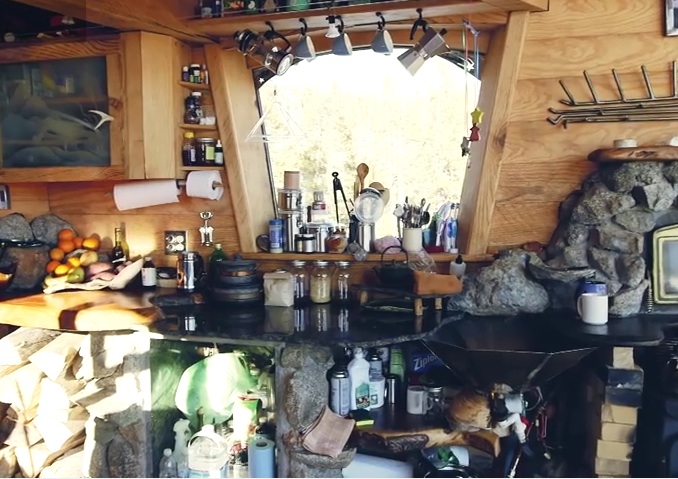 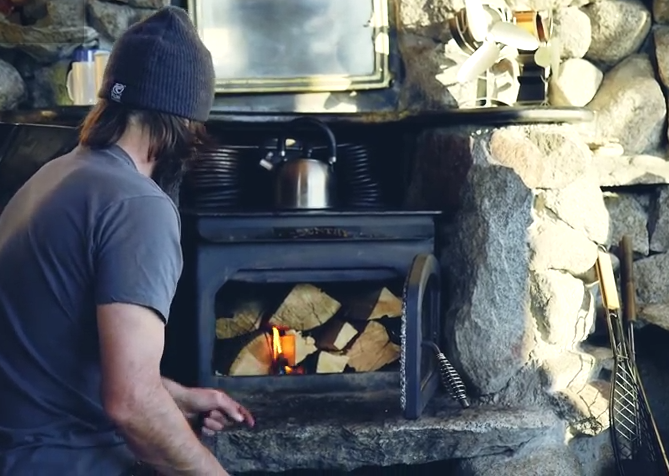 “Building under that law of nature is supposed to make the space feel more fit to the body,” Basich told Laura Ling of “Going Off Grid.” 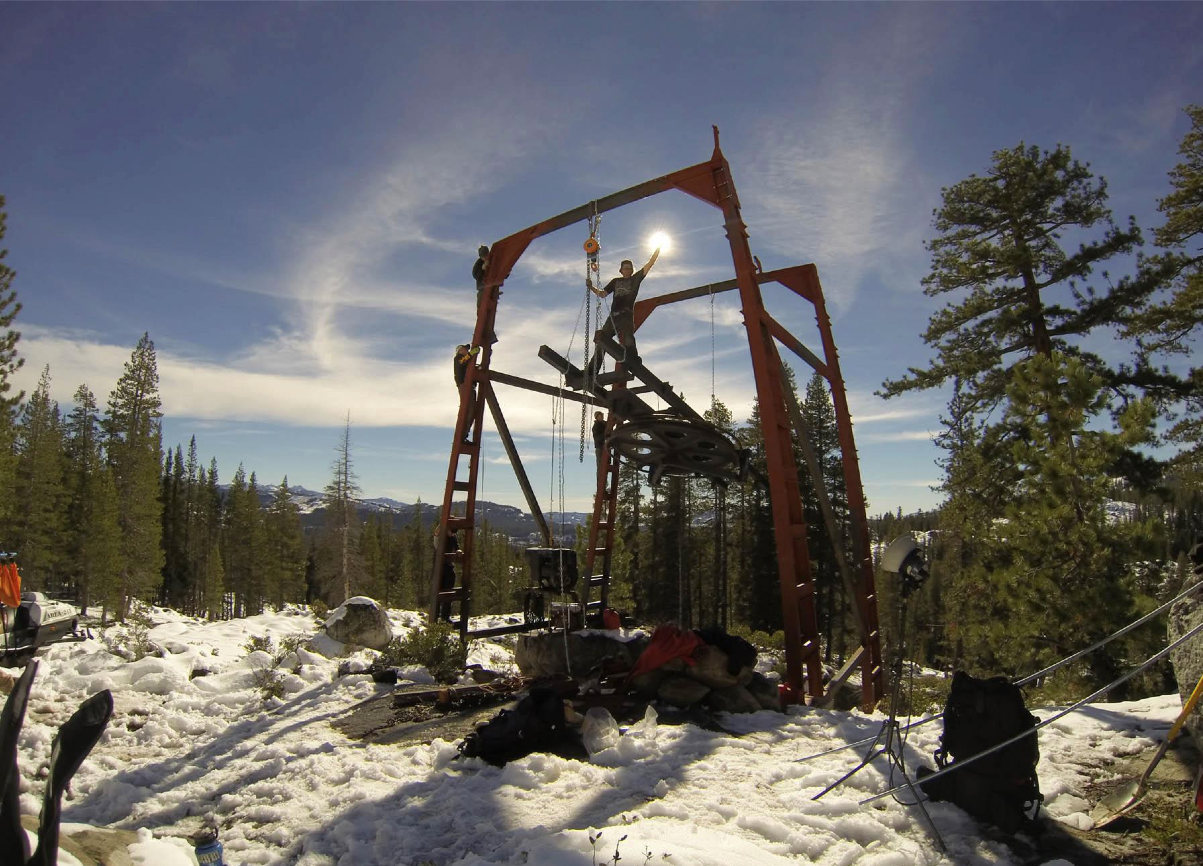 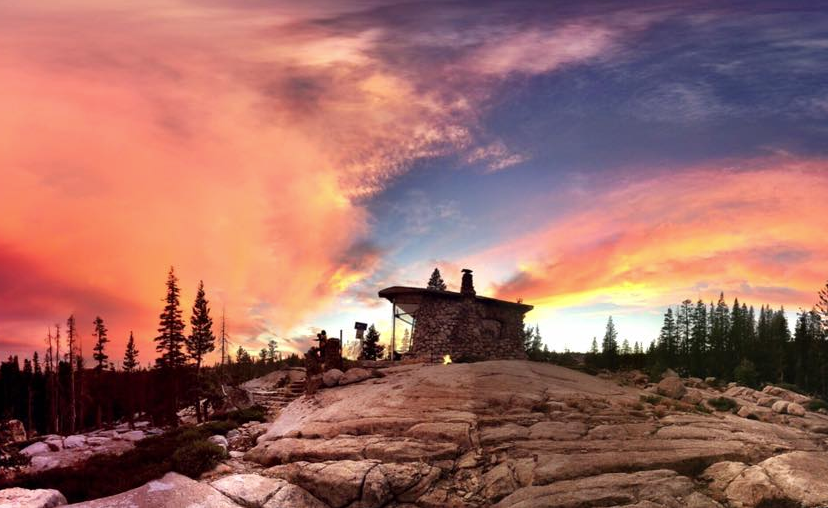 This house was a childhood dream come true. The pro boarder gave up money, the big house and the big car to go off the grid, get back to the basics and connect with the earth. This means, for instance, the ability to wake up and go to bed with the sun. Learn more via the “Going Off Grid” on YouTube, where host Ling takes a tour of Basich’s cool abode.