The king of the elevator, German lift manufacturer ThyssenKrupp, has announced the launch of an innovative new elevator that moves horizontally as well as vertically. The elevator, called “Multi,” does not employ the use of ropes like its traditional counterparts, but instead uses a system of tracks and brakes that are run in a loop to allow the elevator cars to move up, down, and across. Since the invention of the original elevator over 160 years ago, something which in and of itself changed the course of architecture forever, horizontal movement has been something that has challenged those in this field of manufacturing, making ThyssenKrupp’s Multi a revolution in circulation technology. 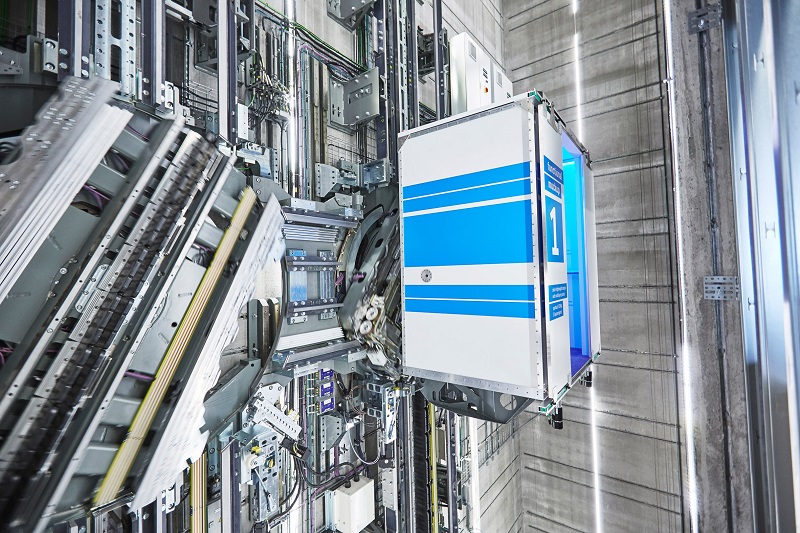 The Multi’s elevator cars are attached to horizontal and vertical tracks by magnets rather than cables, and at the junction of the tracks, a circular section rotates and enables them to switch directions. This technology is borrowed from railway construction, by which certain electric trains are made to move along magnetized tracks as they’re pulled forward by the current. ThyssenKrupp employs a similar system to allow elevator cars to move horizontally and without cables — certainly a case for looking to other industries for inspiration when creating innovative products. 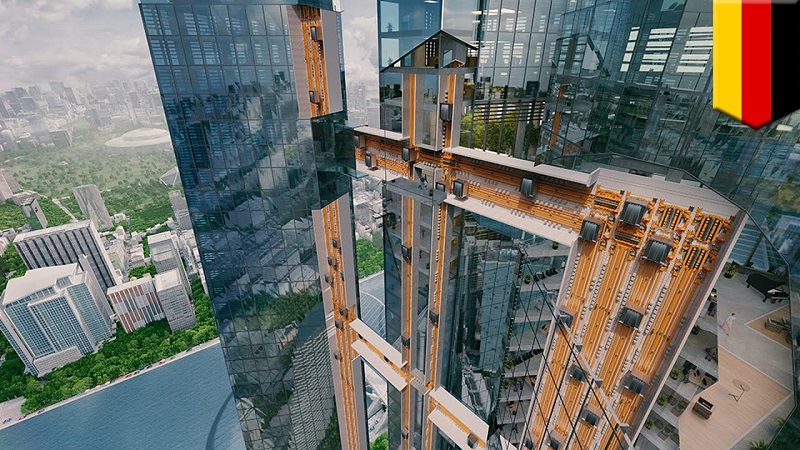 The idea to build a horizontally-moving elevator was first proposed by ThyssenKrupp back in 2014, and they have been working hard on perfecting that idea ever since. After three long years in development, a Multi prototype finally saw the light of day in a purpose-built test tower, which exists solely to run the elevator and make sure that its current flaws can be ironed out before it’s installed commercially. The 216-meter tower has three shafts and demonstrates how the Multi runs in an internal loop, effectively akin to a metro system contained within a building. 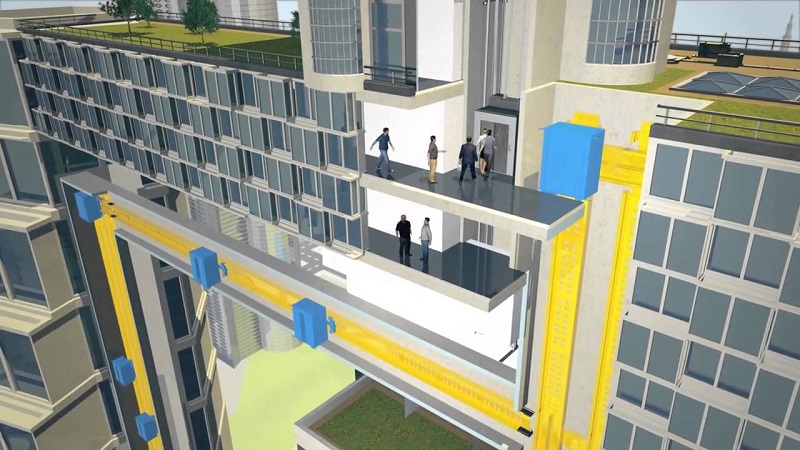 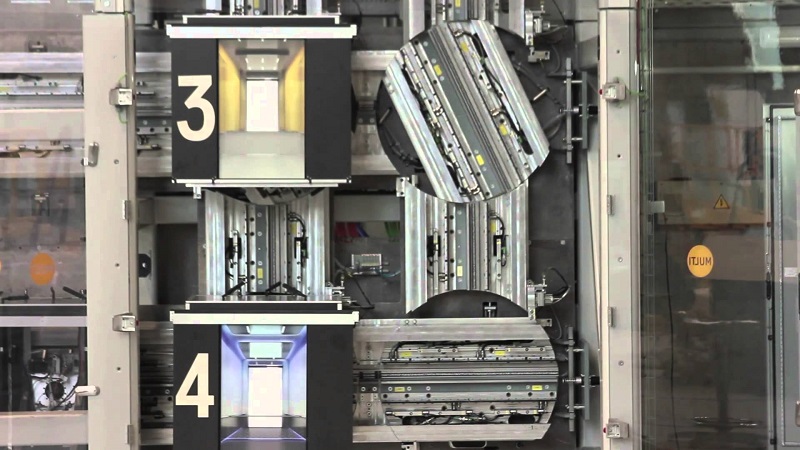 ThyssenKrupp’s visionary elevator doesn’t just move horizontally, but it also improves transport efficiency. The manufacturers say that the transport capacity of Multi is 50 percent higher than that of standard elevators, and that it significantly reduces power usage at peak times. This is an attractive proposition for new buildings looking to cut down on electricity costs and conform to more sustainable agendas. Another one of Multi’s winning facets is its lack of height restrictions, which allows for certain design flexibilities in terms of being able to connect high-rise structures horizontally and being able to connect all of the electric circulation within one loop. Multi also takes up less space than regular elevators, cutting down on the circulation’s footprint and volume by approximately 25 percent, which is great news for developers who want to make every square inch of space as profitable as possible. 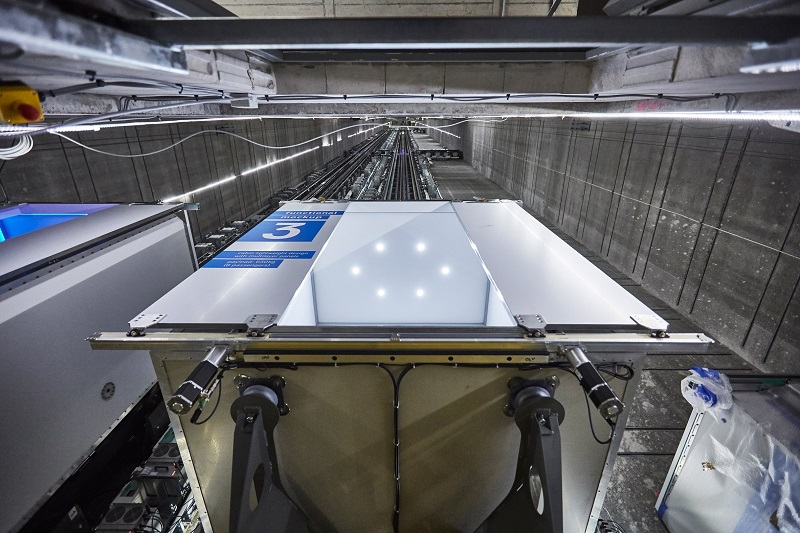 Continue reading below
Our Featured Videos
The German multinational organization OVG Real Estate has already expressed interest in installing the Multi system in their new complex of office spaces in Berlin, marking the first time that this innovative product would be used in a commercial setting. OVG plan to install Multi in the complex’s “East Side Tower,” a proposed structure that is currently being billed as the most sustainable office building in the entire world.