The world can always use some more fun and relaxation, and nothing fits that bill more than a portable gazebo that can be set up in less than a day, inside or out. To add whimsy to the experience, this gazebo has also been made to look like a pinecone.

The portable gazebo has a 4320-millimeter (14.2 feet) base and a height of 3400 millimeters (11.2 ft), and it even boasts  a covered fireplace and a skylight dome that can easily be opened and closed. The pinecone-like exterior is made from 109 plywood scales, each one of which has been weatherized by a water-resistant glaze that combats the negative effects of the sun, wind, and rain. These scales are securely attached to the frame by galvanized joints, resulting in a sturdy standalone structure with good airflow and pristine acoustics. A comfortable seating bench encircles the structure’s interior border. 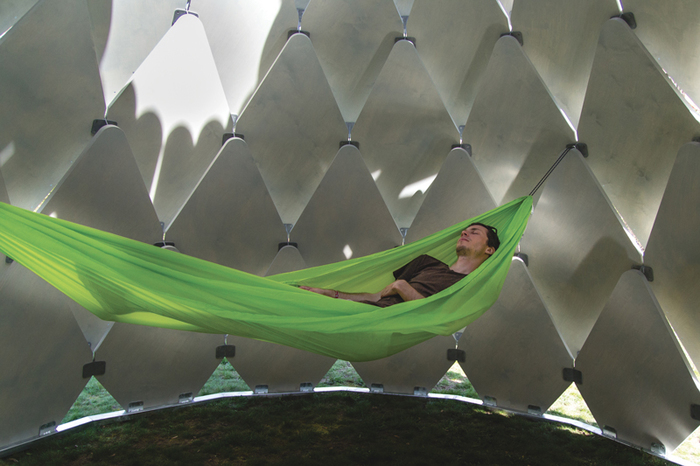 David Karasek, an award-winning designer from mmcité, recently shed a little more light on the gazebo’s development: “All over the design procedure, we had been aiming to wreck limitations and transfer ahead. The Pinecone challenge used to be a large problem for us, as it used to be greater than only a one-dimensional product. Above all, this can be a flexible construction, which matches in parks and faculties alike. It’s at the reducing fringe of structure and design, and may also function as a meditation area.” 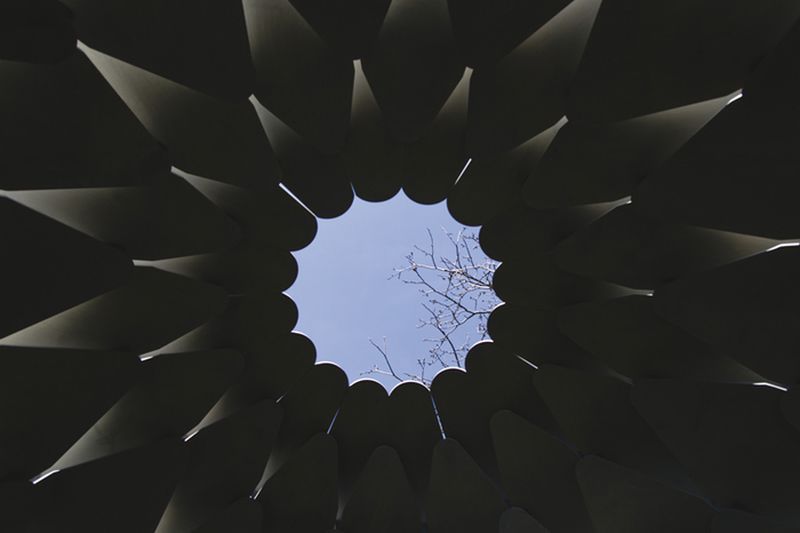 Limited Only By Imagination

In addition to being easy to transport and set up, the pinecone gazebo is also equally fun for children and adults. For starters, its walls can be used as blackboards, allowing budding artists to truly express themselves. There’s enough room inside to play board games, tell stories, and let imaginations run wild. And since the gazebo can be set up multiple times in one day, kids can enjoy it for daytime activities in the park and then sit around an indoor campfire back at the house. 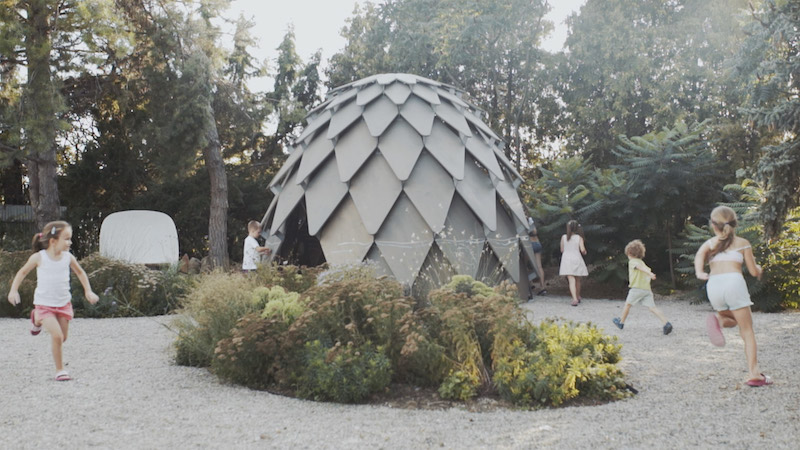 Adults can also enjoy the seclusion and privacy of the pinecone dome for meditation and yoga — either alone or in small groups. The gazebo’s peaceful, comfortable atmosphere is also ideal for small business meetings. Alternatively, you could set up a few tables and chairs inside and host a wine party for your friends.

This pinecone-shaped gazebo is the first of its kind, but the pinecone itself has inspired many architectural works in the past. In 2017, architect Claudio Beltrame designed and constructed a pinecone-shaped treehouse in the Italian Alps. He added some drama to the structure by hanging it 10 meters above the ground and providing only a bridge for access. In 2016, Christofer Ödmark designed a curved-wall trail center in Sweden, the shingles of which also resembled pinecones.