From smartphones to driverless cars, people are interested in how things are designed now more than ever, and they should be. Those of us in the design industry can soon stop preaching about why design matters and being annoyed at our friends and relatives who just don’t get it, because now they do. They have seen the light (and the designer who created it). Moreover, they have come to see the world according to designers — a place where anything and everything should be well-designed. Who has to settle for practicality when they can strive for elegance?

From October 16th to 25th of 2017, Montreal hosted the World Design Summit (WDS), where over 30,000 professionals from fields like architecture, graphic design, media, real estate, and industrial design came together to agree on a framework for how design could improve the world. Anyone who’s been through design school has heard this kind of idealism before, but there is something different about the WDS. The breadth of topics covered in its lectures, panel discussions, and workshops underlines the need for multiple solutions in a world faced with multiple challenges. There’s something for everyone, because everyone must be engaged. 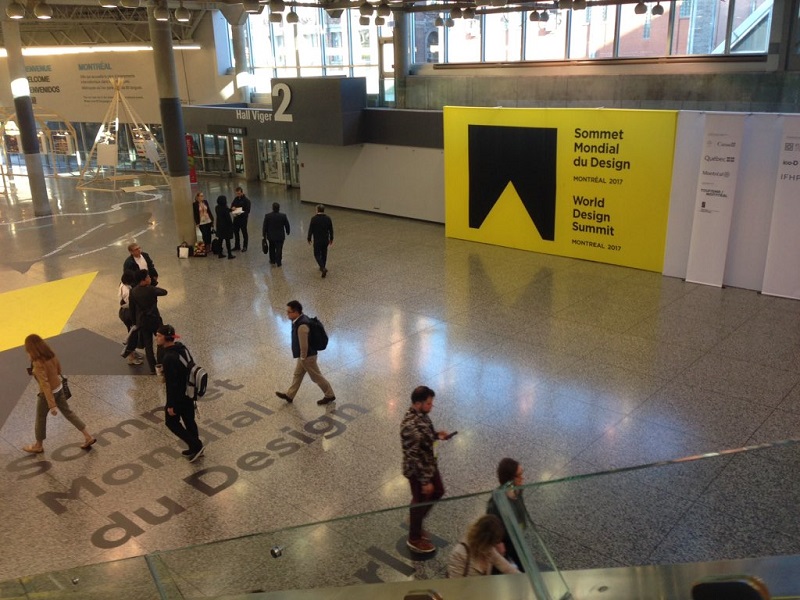 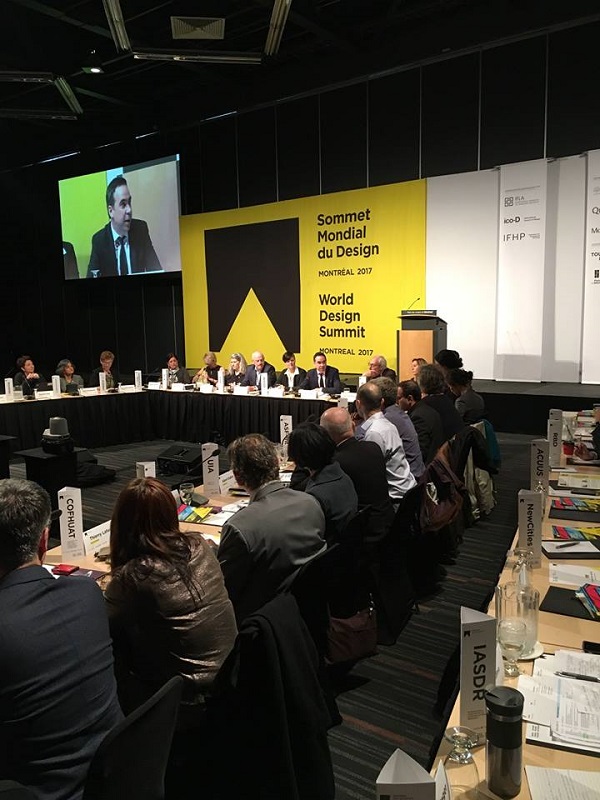 About 50 organizations came together to formulate a 10-year international action plan for tackling the major issues facing the world through design. The three-page Montreal Design Declaration explains the value of design as a driver for innovation, an agent of solutions, an expression of culture, a facilitator of change, a progenitor of intelligence, a manager of risk, a provider of resiliency, and a catalyst for growth. The declaration also establishes actions that could be taken to create a “world according to design,” such as design advocacy, the development of design metrics and standards that everyone can understand, design policies that can be implemented by all levels of government, improved design education, and design that is responsive to context.

The WDS is where we can see some of these ideas come to fruition. Of the summit’s 500 exhibitors, I focused on the three that most embodied its ideals. 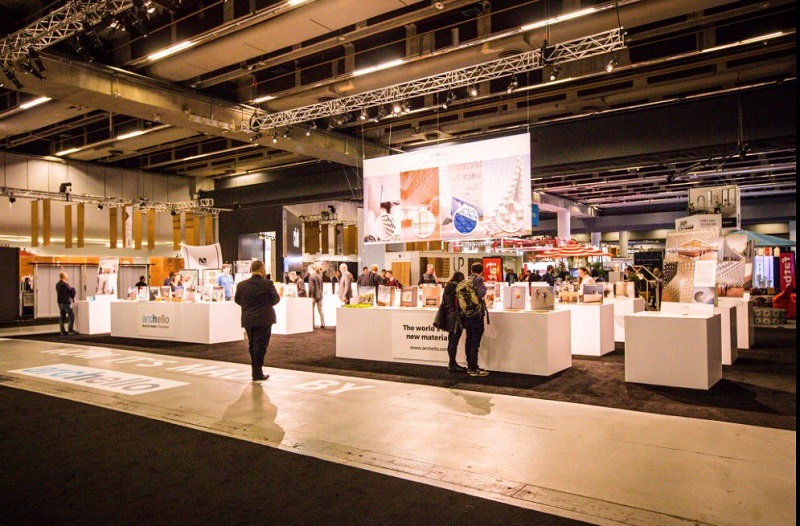 SmartPixel.tv specializes in the design and manufacturing of interactive display solutions for numerous industries, including real estate, finance, hospitality, tourism, marketing, and sports. In the real estate industry, interactive displays are used by developers to showcase their properties prior to construction, whereby prospective clients can see a new home and its surrounding views before committing to it. These displays are designed for collaboration between multiple users, with features that give developers interactive options when selling to potential clients. For instance, a sun slider shows how natural light will enter a new home, while real-time three-dimensional interior design selection of materials and finishes gets the client engaged in the aesthetic right alongside the designer. Then the three-dimensional renderings of entire neighborhoods show clients what their new community will look like.

Touchscreens have been used in real estate for years now, but the ability to physically show someone a space before it’s been built is an applicable way to advocate for design. Most designers are used to looking at renderings and digital visualizations, but bringing that to non-designers in a context where design is particularly important to them is a significant step forward. It’s not enough to tell someone what their new home will look like with charts and mood boards. You have to (at least digitally) take them into the future, and give them the power to shape it to their liking.

While there many software programs that help teams collaborate, they often lack the intuitive visualization that facilitates design-based thinking in business and academia. Nureva creates software and interactive hardware that allows teams to collaborate on large projects on a wide scale. The software, called “Span,” mimics the visual organization of a wall full of images, sketches, and sticky notes and presents them digitally on the hardware, which takes the form of a canvas. The canvas can be anywhere between 40 and 200 feet in size, and it can be installed on a wall and used exactly like a whiteboard. The whole setup is the digital manifestation of the accumulated disorder that already exists on most people’s desks, except it takes up much less physical space. Used in the context of an architecture firm, a client could reschedule a meeting and watch a senior architect produce quick changes in real-time (without having to scribble any barely legible redlines for a junior architect to interpret). It would save time, money, and paper and improve communication all around. 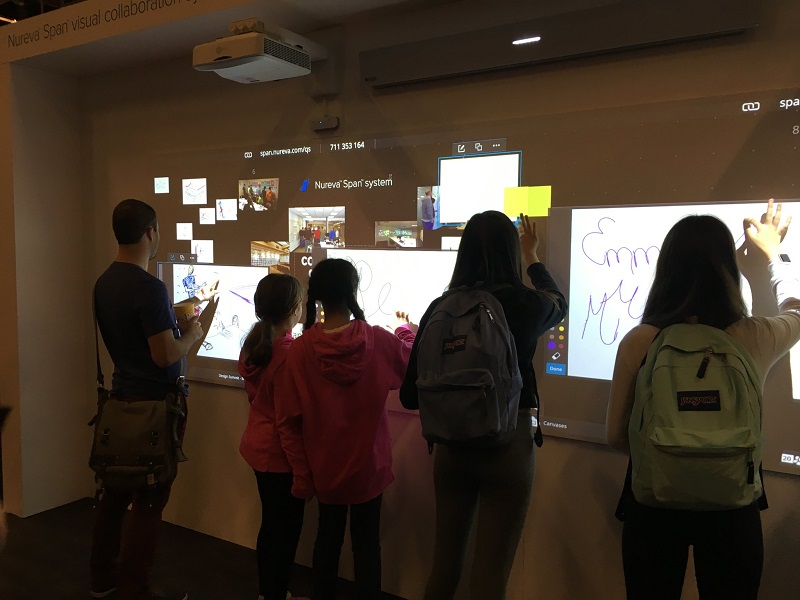 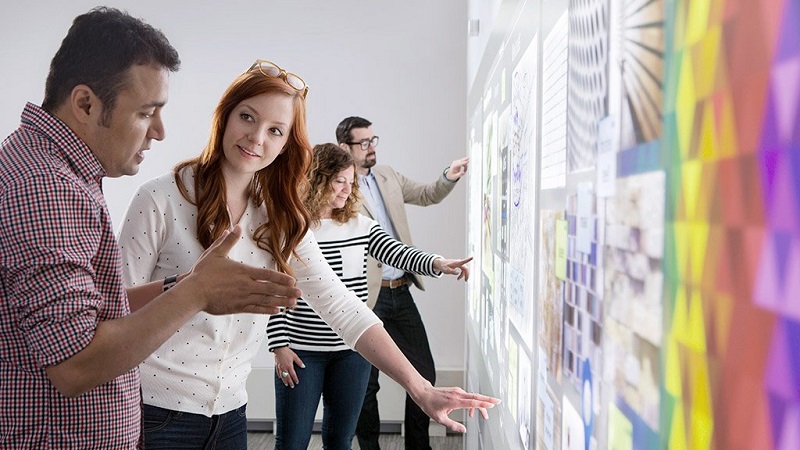 At the city level, URBEN BLU designs and builds self-cleaning automated toilets for dense urban spaces. Most people would agree that using the restrooms in a park or urban plaza is not always the most appealing option due to poor maintenance, vandalism, and an overall lack of cleanliness. Thankfully, URBEN BLU’s restrooms all have programmable opening hours, self-cleaning floors, automatic disinfection dispensers that activate after each flush, vandal-proof components, and fireproof garbage bins. The bathrooms also adhere to the requirements of the Americans with Disabilities Act (ADA), meaning each stall has the mandatory five-foot diameter of space needed for turning wheelchairs and grab bars next to the toilet. All of the fixtures in URBEN BLEU’s projects, such as the hand dryers, soap dispensers, and faucets, are non-contact. It’s not just a bathroom, but it’s also street decor that can be easily integrated into any location or building. Having to use the restroom in public is an experience that everyone has to go through, and it’s nice to see that there are urban toilets being made to address the public’s concerns. 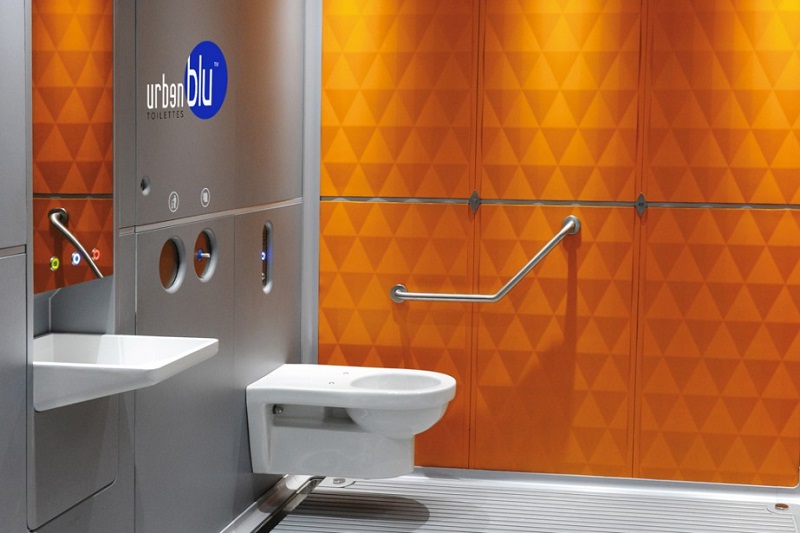 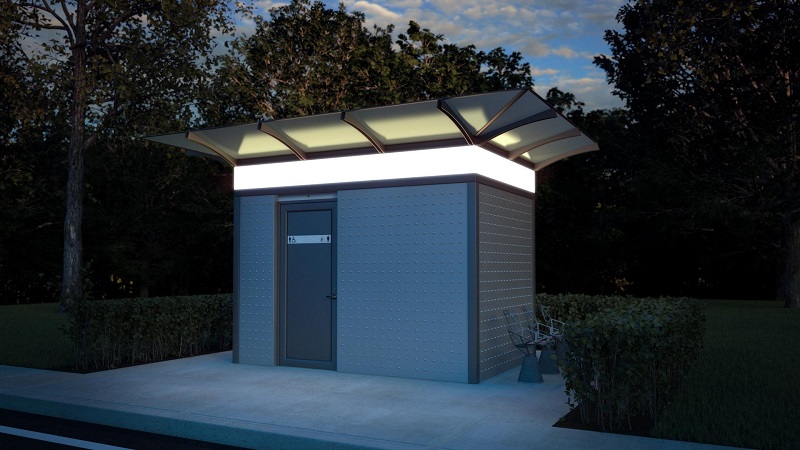 It’s not that design is all that the world needs, but it is something the world cannot do without. Everyone expects their surroundings (and everything in them) to be well-designed. As someone who appreciates good design, I love that no matter who I am talking to now, I am always preaching to the choir.