Incarcerated people all over the world are currently facing a nightmarish scenario: the near-complete inability to distance from others or maintain proper hygiene amidst a deadly pandemic. Within U.S. state and federal prisons alone, more than 25,000 people have tested positive for COVID-19, and at least 57 federal prisoners have died — but the true scope of the crisis is likely larger than known due to lags in testing and inconsistent reporting. 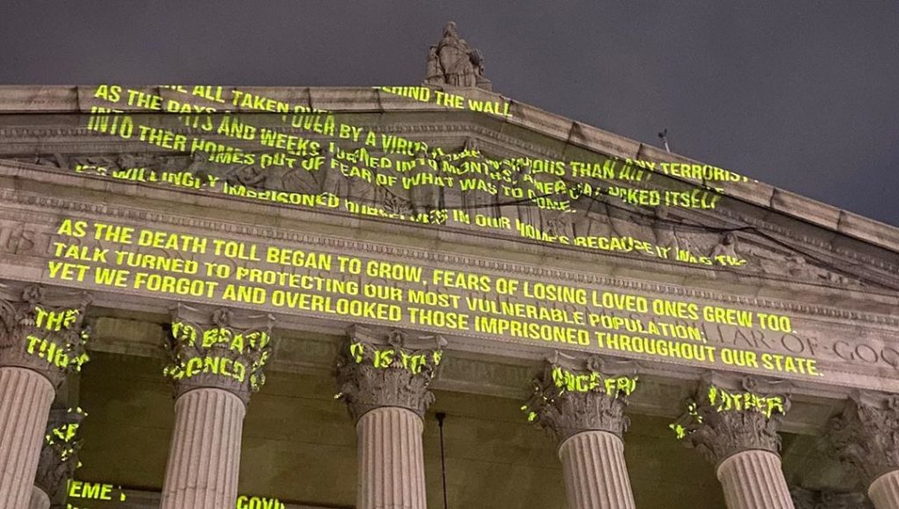 Within New York City’s notorious Rikers Island jails, an outbreak has infected at least 362 prisoners and 1,300 Department of Corrections workers. Officials knew that once the coronavirus breached the walls, disastrous spread was inevitable simply due to the way prisons are set up. On top of that, personal protective equipment (PPE) like face masks, hand sanitizer, and even soap is far from widely available.

Artist Hank Willis Thomas wants to make sure that people know this is happening. His project “The Writing on the Wall,” created in collaboration with Baz Dreisinger, executive director of Incarceration Nations Network, projected messages from incarcerated people onto the facades of criminal justice system buildings in Manhattan for all to see. The duo hopes that by sharing the inmates’ words, they’ll be able to call attention to their plight and inspire greater support for prison reform among the public. 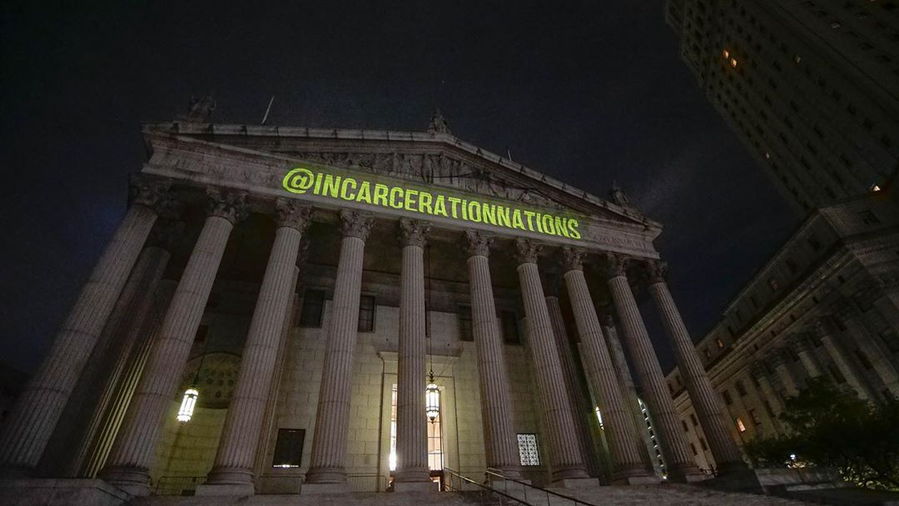 “’The Writing on the Wall’ has always been a kind of interruption: interjecting the voices of people behind bars around the world in public spaces, so people are compelled to read them,” Thomas and Dreisinger told Artnet News. “Now more than ever… we wanted people to heed these voices. We wanted to literally center them at the heart of New York City in the middle of a pandemic as an insistence that they not be forgotten and must be attended to.”

“We were thinking about what public art could look like in the context of a pandemic, and the idea of a projection seemed perfect: it’s visually arresting and impactful, even without being seen in person,” says Thomas. “It also allows the words and images to be front-and-center — it almost distills the installation to its critical content, the words themselves, which more than ever need to be read and heeded.” 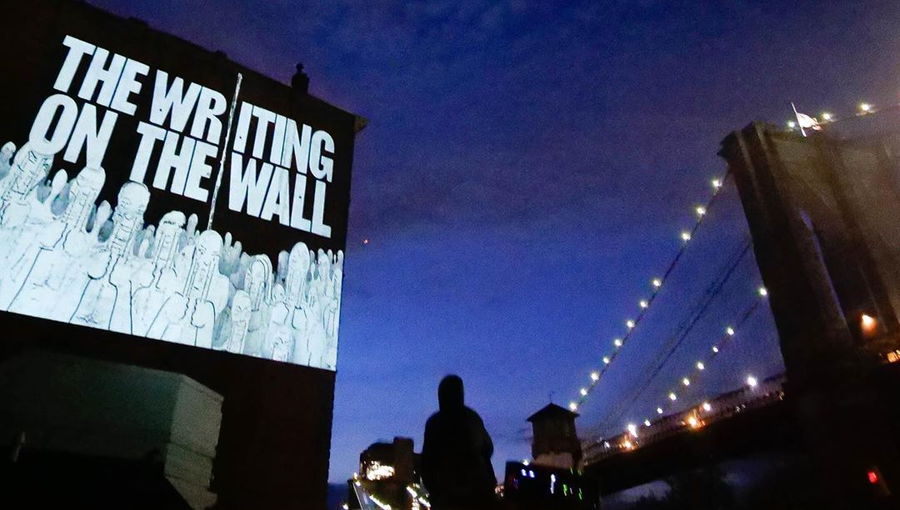 Those words, as seen splashed across the New York City courts and the Manhattan Detention Complex, where pre-trial detainees are held, are undeniably poignant. “As the death toll began to grow, fears of losing loved ones grew, too. Talk turned to protecting our most vulnerable population, yet we forgot and overlooked those imprisoned throughout our state.”

Thomas and Dreisinger previously used inmate writings collected by Dreisinger as an art installation on the High Line in New York City, pasting essays, letters, poems, and art where passersby could see and read them. Thomas is also known for sculptures like “A Suspension of Hostilities,” a smashed, Confederate-flag-laden facsimile of the 1969 Dodge Charger “General Lee” from CBS’ The Dukes of Hazzard. 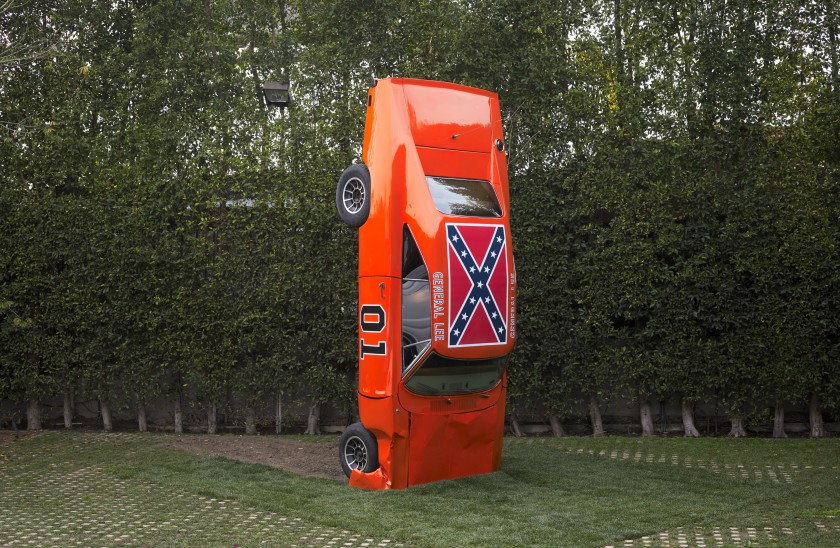