As most people know (and have no problem admitting), climate change is real. Yes, there are those in denial, but that denial is becoming increasing harder for them to sell. Even corporate heads in the energy sector — people who are supposed to have a vested interest in maintaining the status quo — will secretly admit that they are concerned.

Truth, as inconvenient as it may be, is a hard thing to avoid, no matter how hard you try. That’s why it’s not uncommon for non-green energy companies, specifically those in the oil and gas industry, to invest in research that helps them minimize the environmental deterioration caused by the consumption of fossil fuels. We can debate about whether this research is genuine or if it is just corporate “greenwashing,” but the petroleum industry’s attempts to do better are as real as climate change itself.

In the Saudi Arabian capital of Riyadh stands a gigantic and irregularly formed center — one where professionals who are interested in both the health of the petroleum industry and the environment work. The King Abdullah Petroleum Studies and Research Center (KAPSARC) is a non-profit institution designed for global research teams, governments, public policy organizations, and companies in the energy industry. KAPSARC is a center for environmental research and is LEED Platinum certified. After all, it would have been hypocritical for such a project to not be energy efficient. 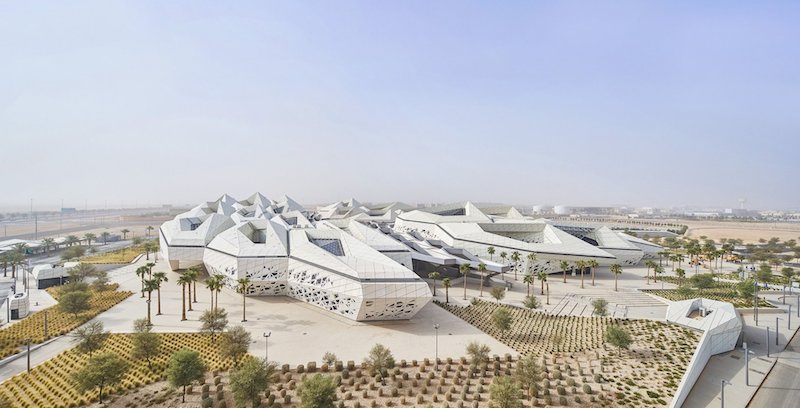 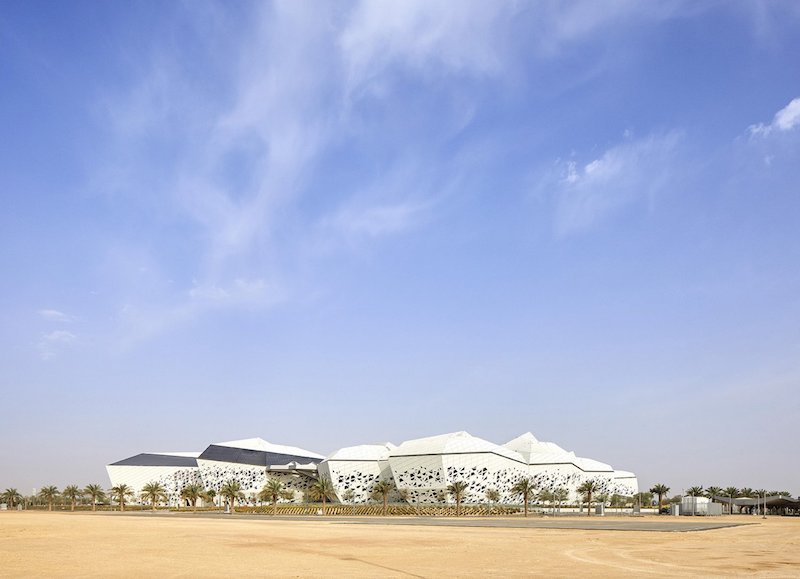 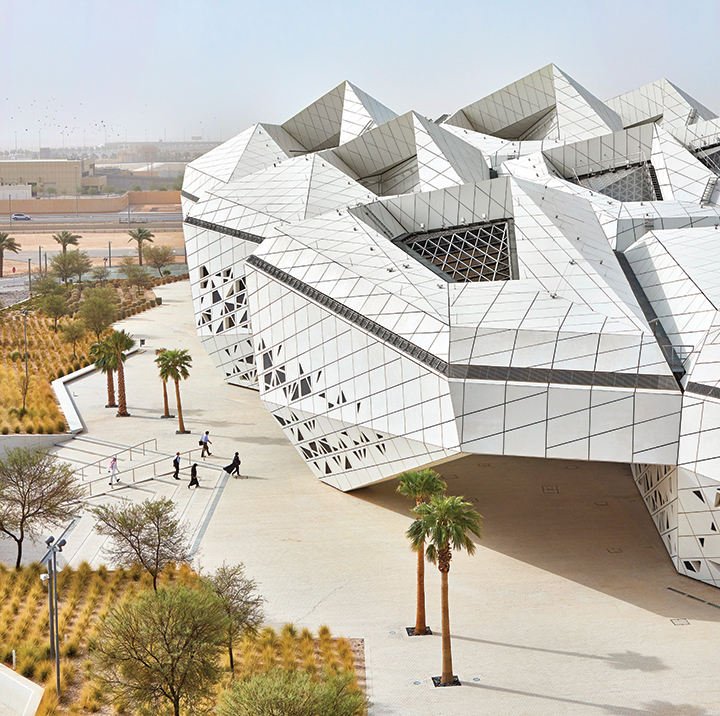 Completed in 2017, the center is an ensemble of five buildings spanning 754,000 square feet. More specifically, it’s comprised of an Energy Computer Center, an Energy Knowledge Center, a Research Library, a Conference Center, a 300-seat auditorium, an exhibition hall, and a space dedicated to prayer called the Musalla. Each section is connected by underground passages during the summer months, though visitors are able to move around via a central courtyard when the weather is slightly cooler. About 40 percent of the project’s construction materials came from places within 497 miles of the site, and about 30 percent of those materials were recycled. 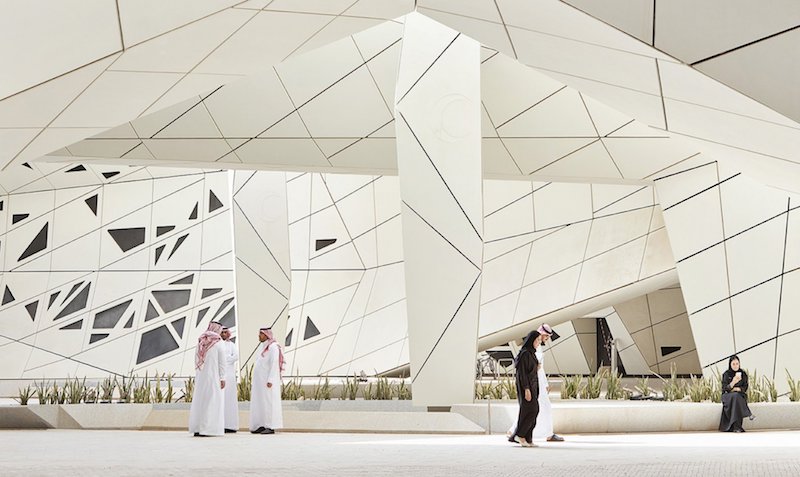 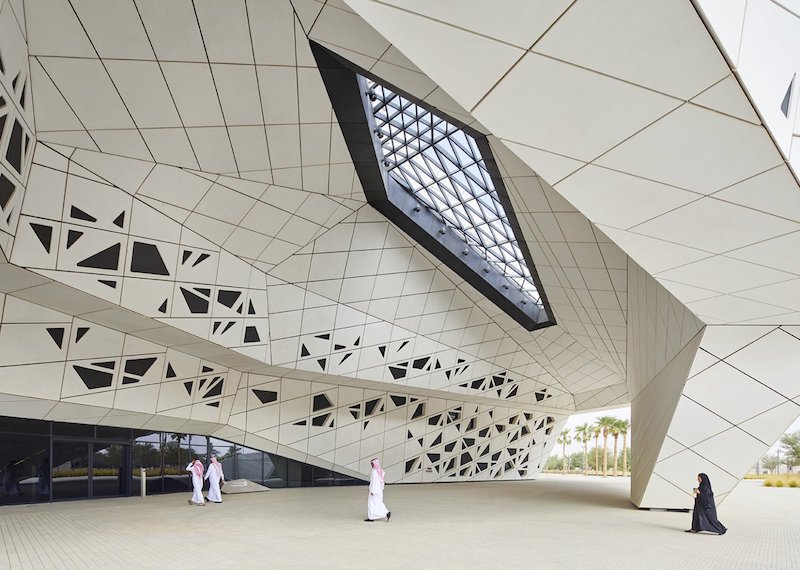 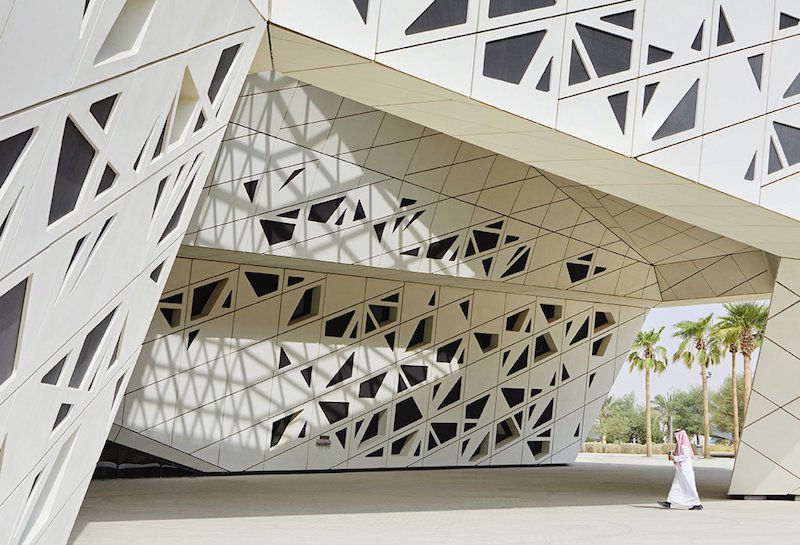 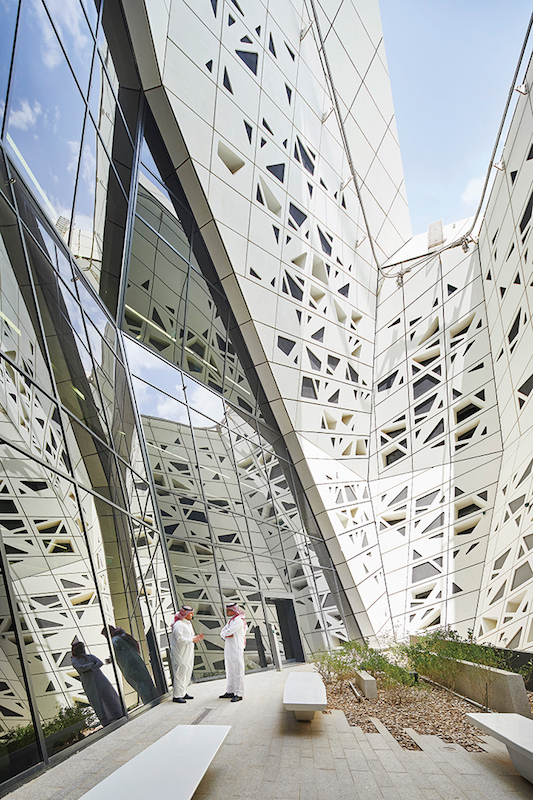 Designed by Zaha Hadid Architects (ZHA) with engineering by Arup, the exteriors of KAPSARC form a jagged protective wall against the surrounding area’s high temperatures and desert sandstorms. Small hexagonal courtyards allow natural light to enter many corners of this unusually formed campus. The tops of these courtyards have also been equipped with breeze devices to redirect the winds from the north down into the building. 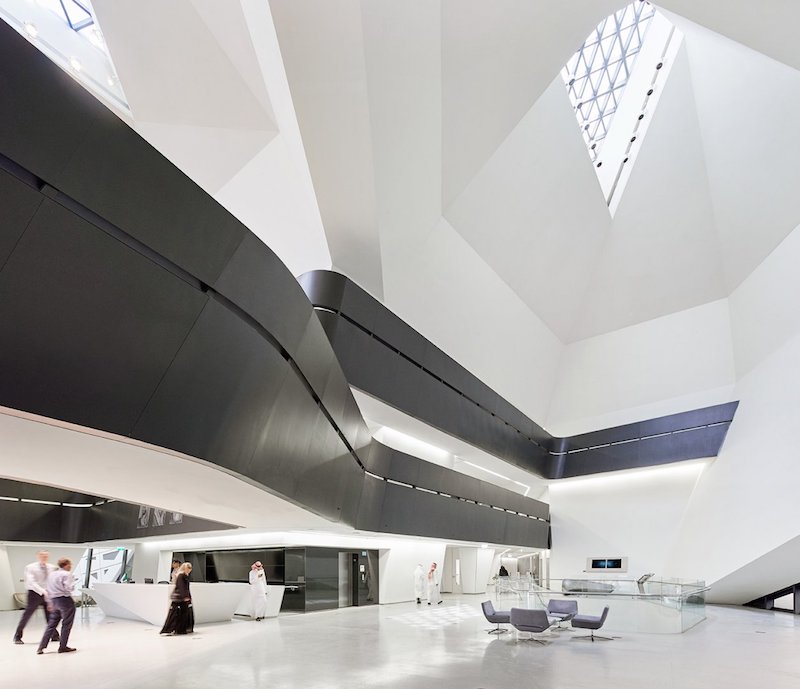 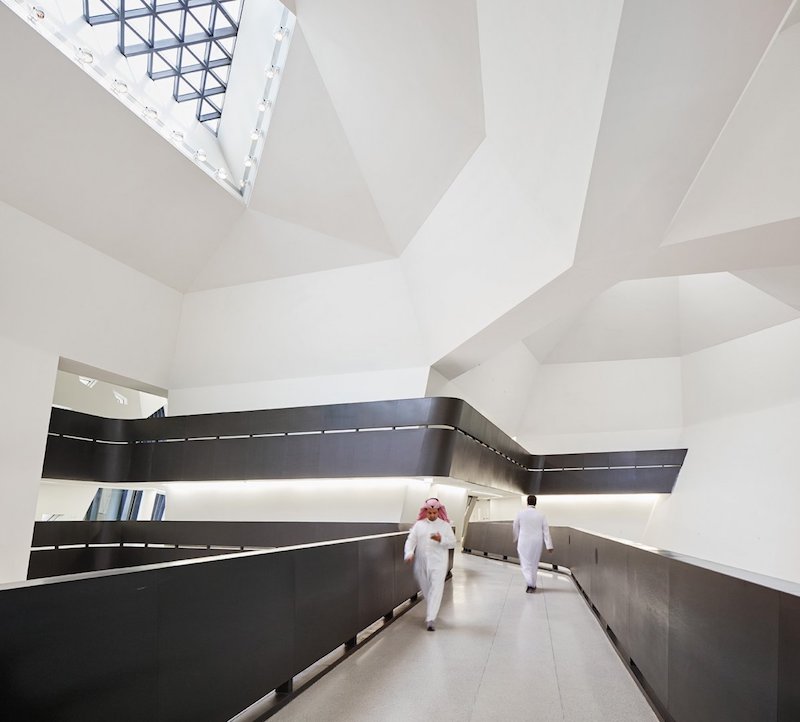 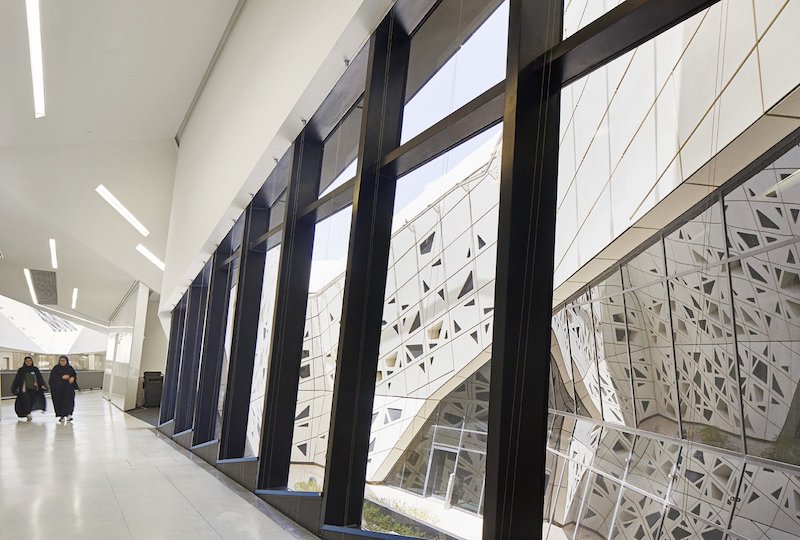 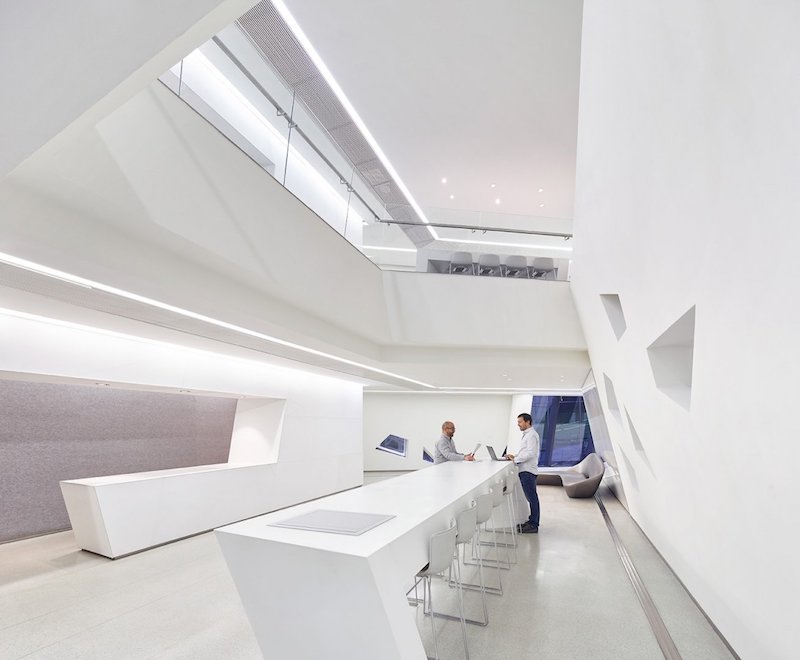 Potable water is captured, filtered, used, and recycled by the buildings, while non-potable water is used to water the surrounding gardens and palm trees. Solar panels that could provide up to 5,000 megawatts of power per year and passive cooling systems were seen as absolute essentials. 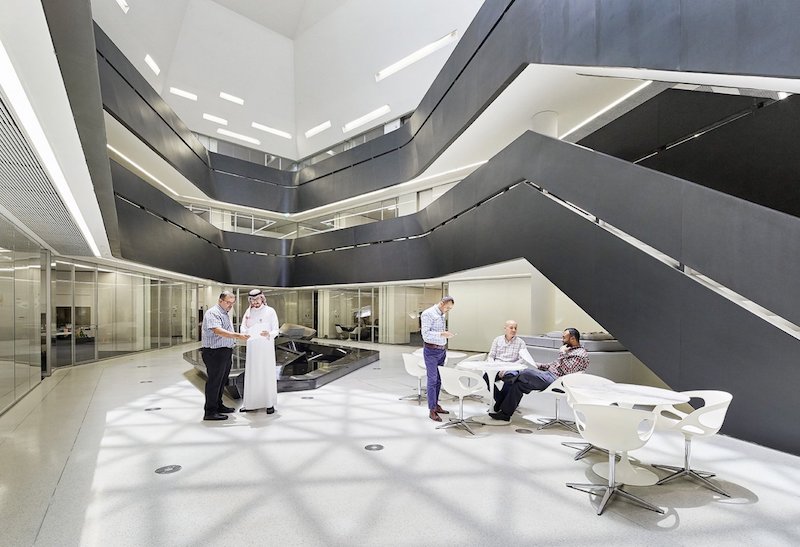 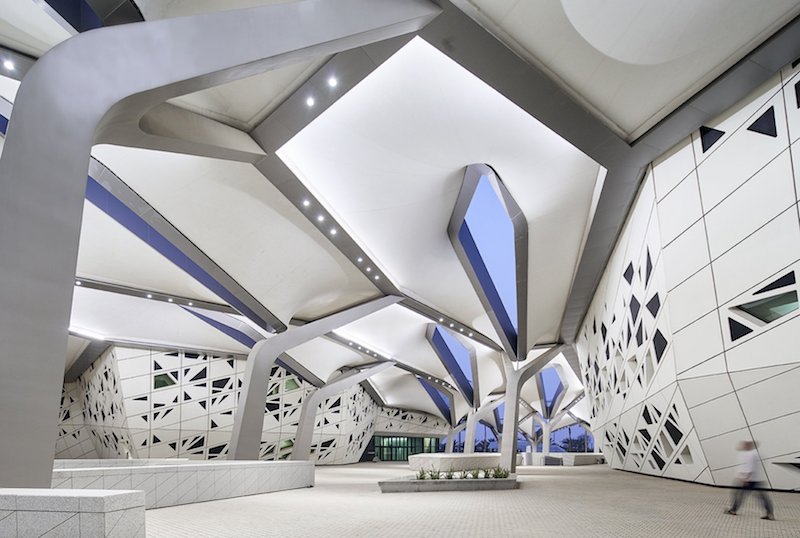 KAPSARC is a project of immense significance to a country like Saudi Arabia, who wants the petroleum industry to succeed but doesn’t want to see the earth destroyed. As incongruent as those two desires may seem to most of us, this effort to make the energy sector as green as it can be without hurting economies is happening. Let’s just hope the industry changes faster than the climate.