Once you have used a multimodal transit center in a major city, you start looking for that convenience in every city. Sadly, that option does not exist in most. In many cities, there is one bus terminal for mass transit, another for inter-city buses, a commuter train station, and an inter-city train station. San Francisco is hoping to eliminate all these extra degrees of transportation separation with the Salesforce Transit Center, a multimodal hub for municipal and inter-city buses. 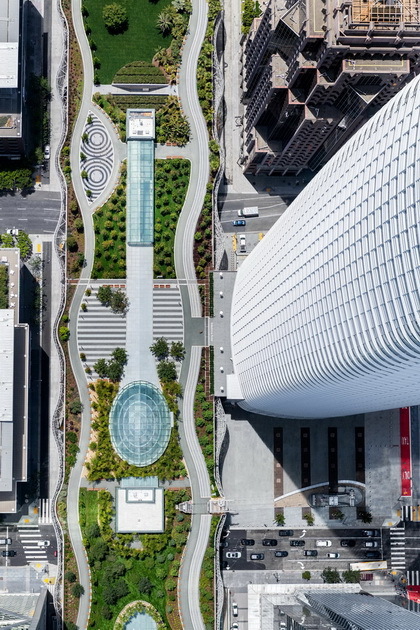 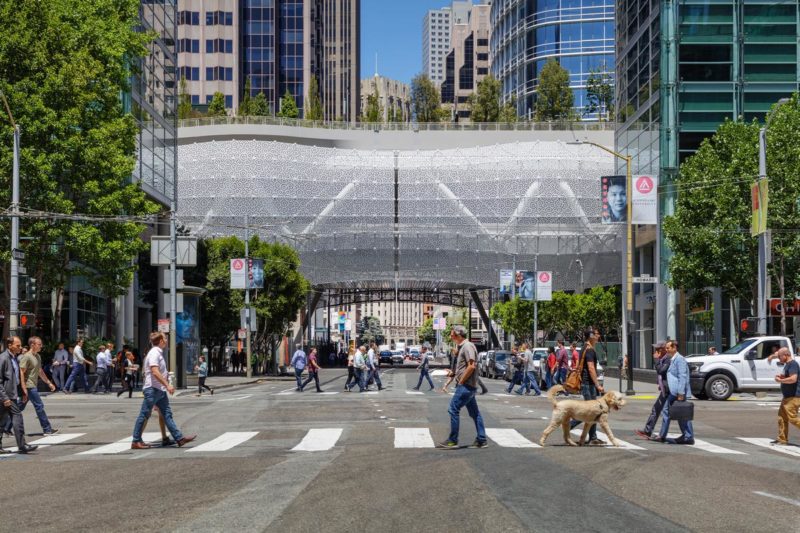 The first phase of this $2.3 billion project was just completed in August of 2018, connecting the city’s new Salesforce Tower to the transit center itself. Of course, Salesforce is also financially connected to the project. The company pitched in $110 million to have their name put on the transit center — a practice more commonly seen with sports arenas and stadiums. Nonetheless, the Salesforce Transit Center is very much a public building. 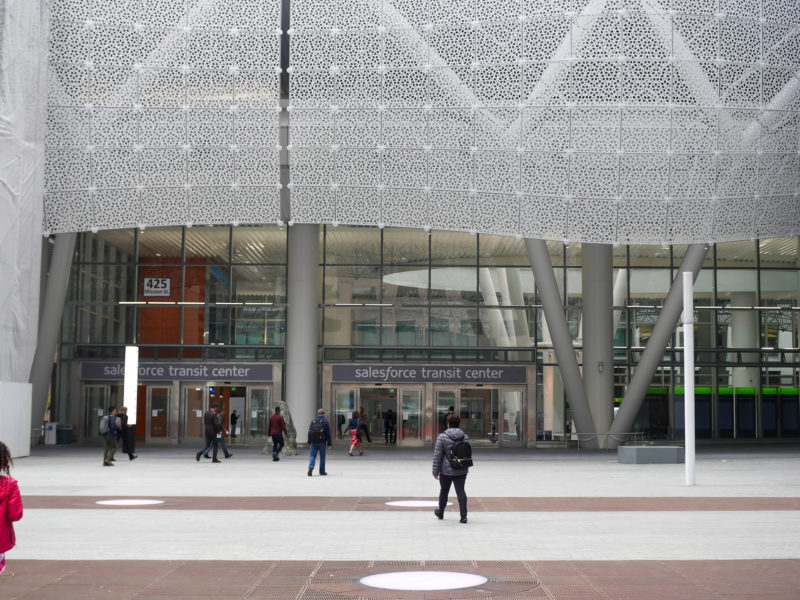 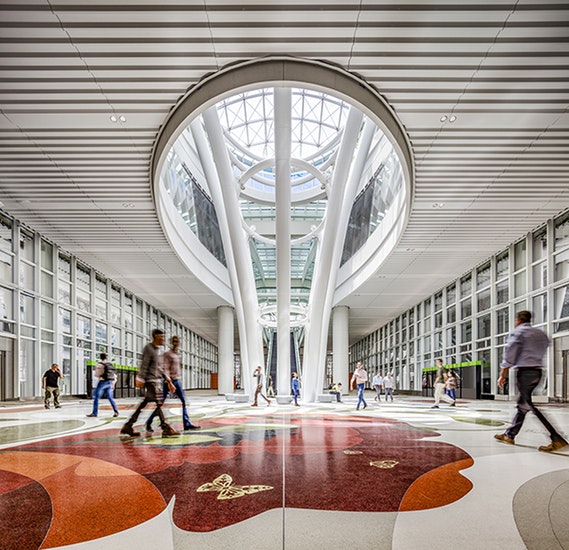 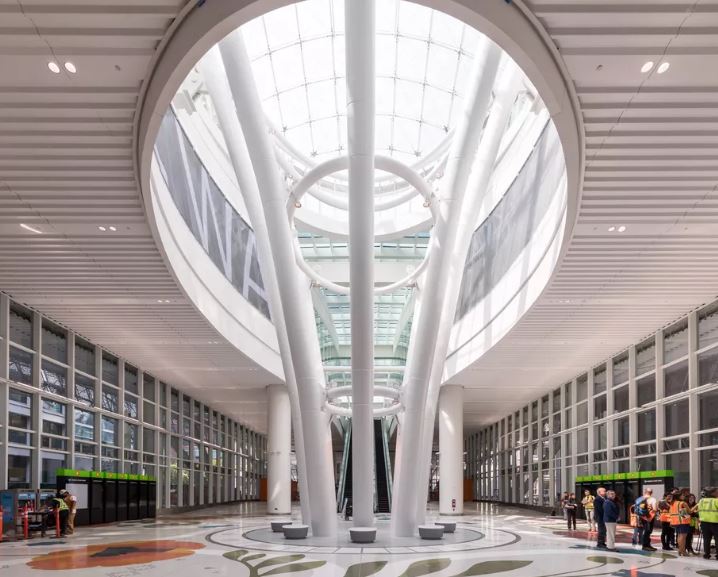 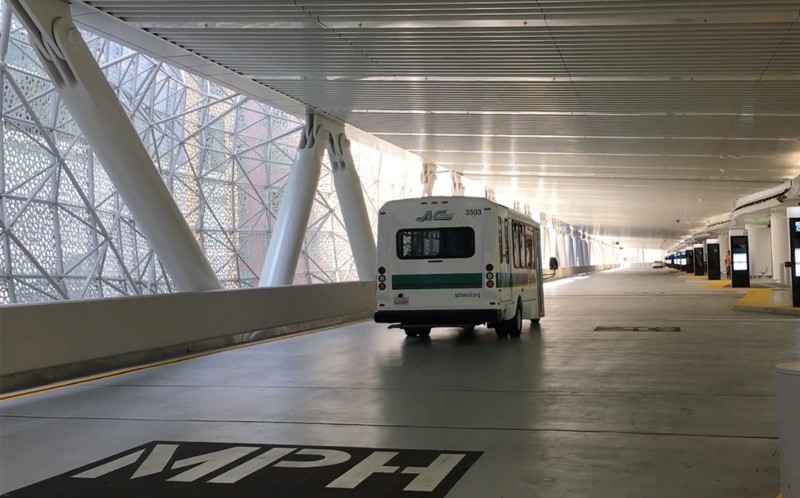 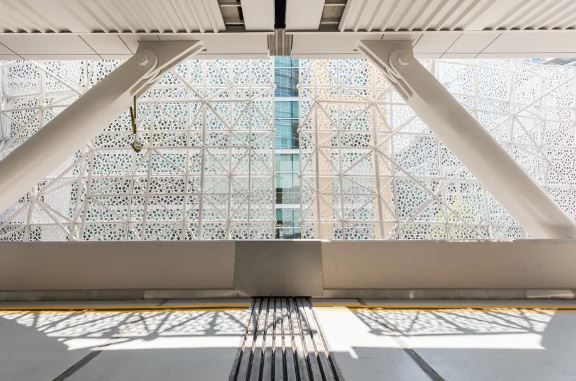 The idea for the transit center was first proposed in 1999, followed by 10 years of planning and another 10 of construction. The underground concourse will be for Caltrains, with municipal buses running through the ground floor and regional buses the second. A 5.4-acre-linear rooftop park will be used to top the whole thing off. Buses can access the center directly via a bridge on the second floor bridge, which will effectively keep them off of surrounding city streets. The choreography of how this works is a lesson is shared transportation spaces.

The exterior of the building is a rhythmic façade of aluminum panels, with perforations allowing natural light to pierce deep into the building all throughout. From the street, the building’s inner white columns can barely be seen through the screens, stretching out at all kinds of angles to support the roof. Still, the first true impression of the interior comes in the form of a spacious 125-foot high central hall. The building was designed by Pelli Clarke Pelli Architects, while PWP Landscape Architecture was responsible for designing the linear park above. 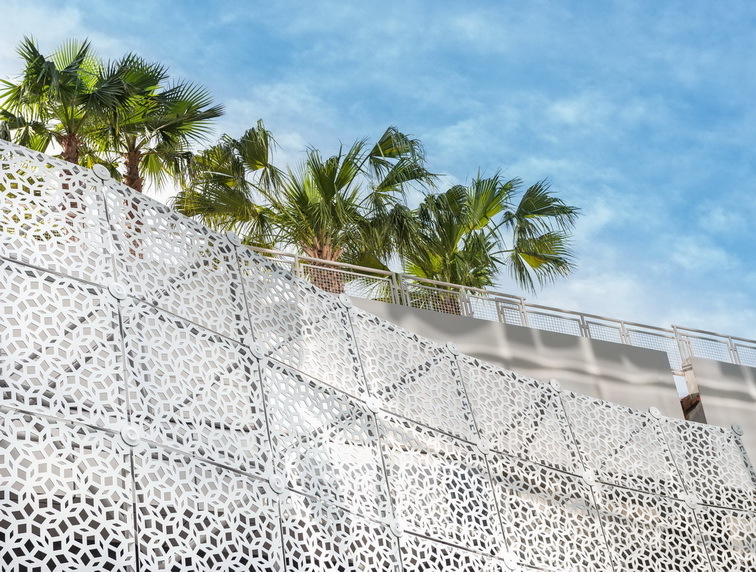 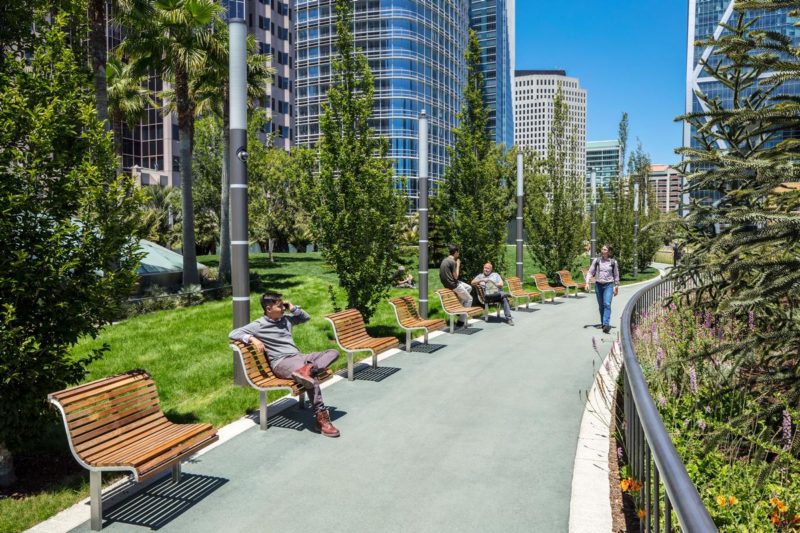 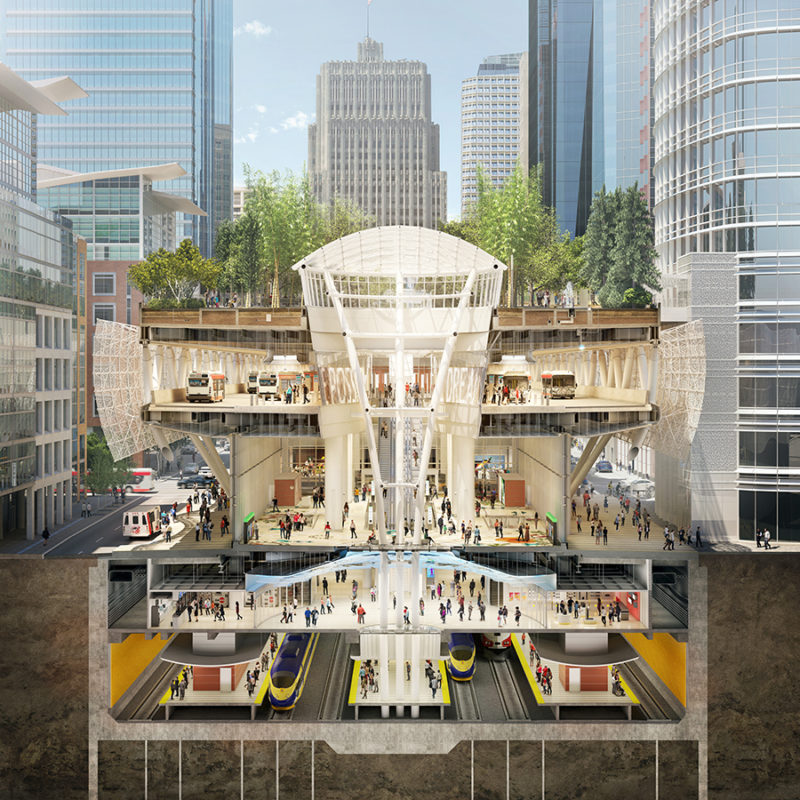 Spanning five city blocks and a ton of connecting stations, the transit center will soon be a focal point and social gathering place for everyone in downtown San Francisco. The site of the park was in desperate need of good public space, and now, it’ll contain a playground, a 1,000-seat amphitheatre, a picnic area, and a café. Any mechanical systems coming out of the center’s roof will be hidden away behind berms in the park.

Some people see the Salesforce Transit Center as the “Grand Central Station of the west,” comparing it to the historic New York City train station made famous in film and television. In reality, the new hub is more akin to the inverse of New York’s Penn Station, a monumental neoclassical gem that was demolished in 1963 and replaced with Madison Square Garden. Today Penn Station exists beneath the arena, a situation that led one leading architecture historian to famously say: “one entered the city like a god. Perhaps it was really too much. One scuttles in now like a rat.” At the old San Francisco Transbay Terminal, the opposite is true. The old one scuttled in like a rat, but the new one enters triumphantly like a royal.