Most so-called “portable” grills are still pretty heavy and clunky. Sure, they’re a lot easier to stuff into your car than typical backyard grills, but you probably won’t be taking them on hikes anytime soon. Exceptions pop up every now and then, like a briefcase-style folding grill or a sculptural creation that folds up like an umbrella — but none have ever been quite as streamlined as this. The Nomad Grill aims to be “the world’s most portable grill,” starting out as a flat, lightweight package in a tote bag and expanding into a tabletop cooker that can be used with both charcoal and wood. 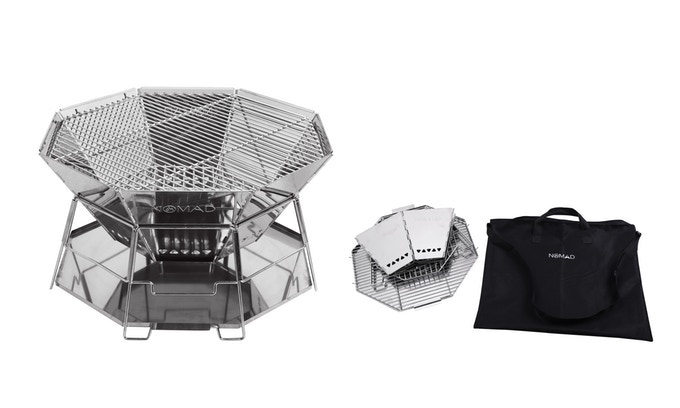 Made of food contact grade 430 stainless steel, the Nomad weighs just 10 pounds and folds up into a 20” x 24” machine washable travel bag. Its design is similar to that of a flat pack camp stove, like the Hexagon Wood Stove by Vargo, but stretched out to larger dimensions for more versatility. According to its designers, the unique geometric shape of the grill helps radiate heat over the entire grilling surface using less fuel than average.

To assemble it, you just pop the stand into place, open the octagonal vessel, set it inside, and add in the charcoal/wood rack and the food rack. You end up with 370 square inches (2,400 square cm) of cooking area, which is more than enough space to cook up some hot dogs for the whole family. 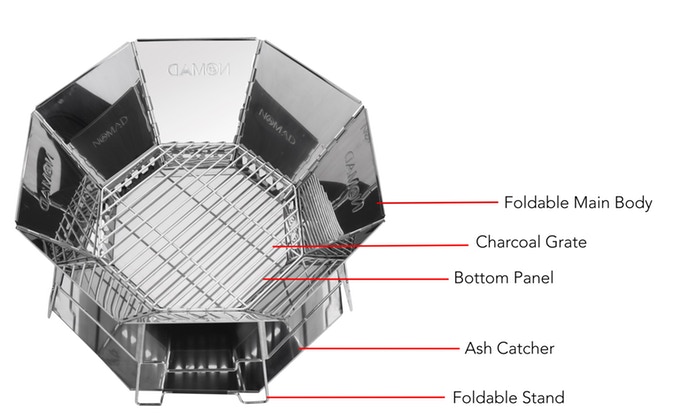 The grill sits on top of a large ash tray to contain the mess, so the whole thing is easy to dump and clean almost as soon as you’re done. When it’s all packed up, it’s small enough to carry on your shoulder for picnics, tailgating, camping, and  beach days. As long as you’re in a place that allows grilling (and has plenty of ventilation), you’ll have a quick and easy way to get the party started.

Since the grill can use either wood or charcoal as fuel, it’s able to double as a portable fire pit, so you can go from cooking burgers and steaks to roasting marshmallows in a matter of minutes. That functionality is pretty priceless when you’re camping or hanging out in a spot that lacks a designated grill or fire pit. 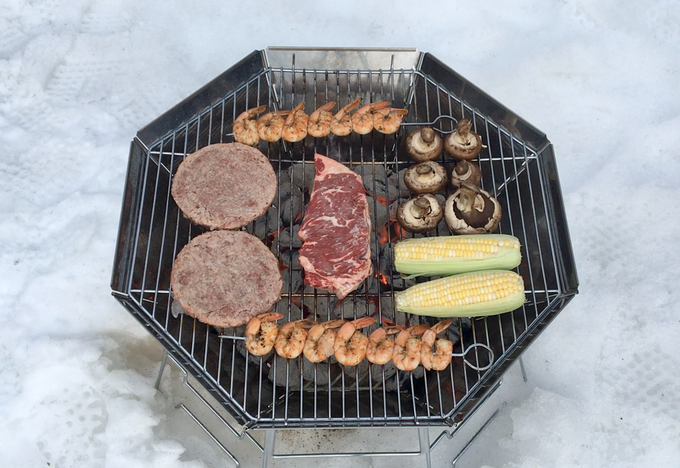 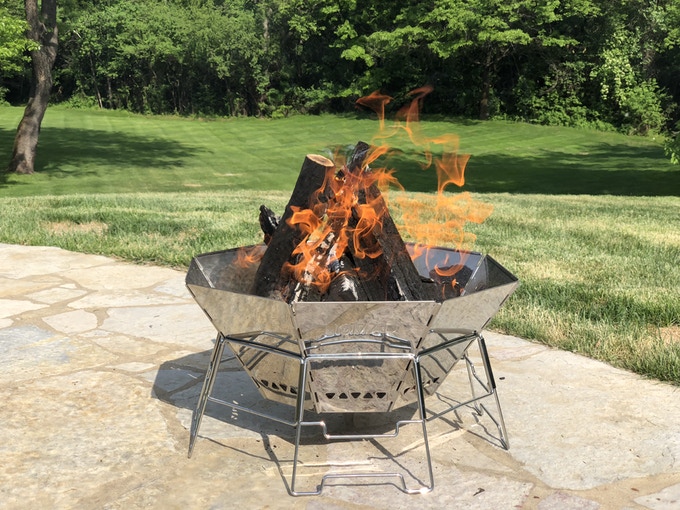 “It took multiple design trials in order to come up with a lightweight, but extremely durable grill that could provide a large grilling surface area, but would also be able to collapse and fold into a small travel bag, which would allow you to easily carry it with you anywhere,” say the designers.

The Nomad Grill set out to raise a humble $5,000 on Kickstarter and was met with unexpected enthusiasm, ultimately racking up nearly $50,000 from over 400 backers. They got a head start on production, manufacturing the grill before starting their fundraising campaign, so lucky backers will be receiving their rewards just in time for the summer barbecue season. While early bird backers snagged a Nomad for just $89, it will be available to the public in the coming months for $119.