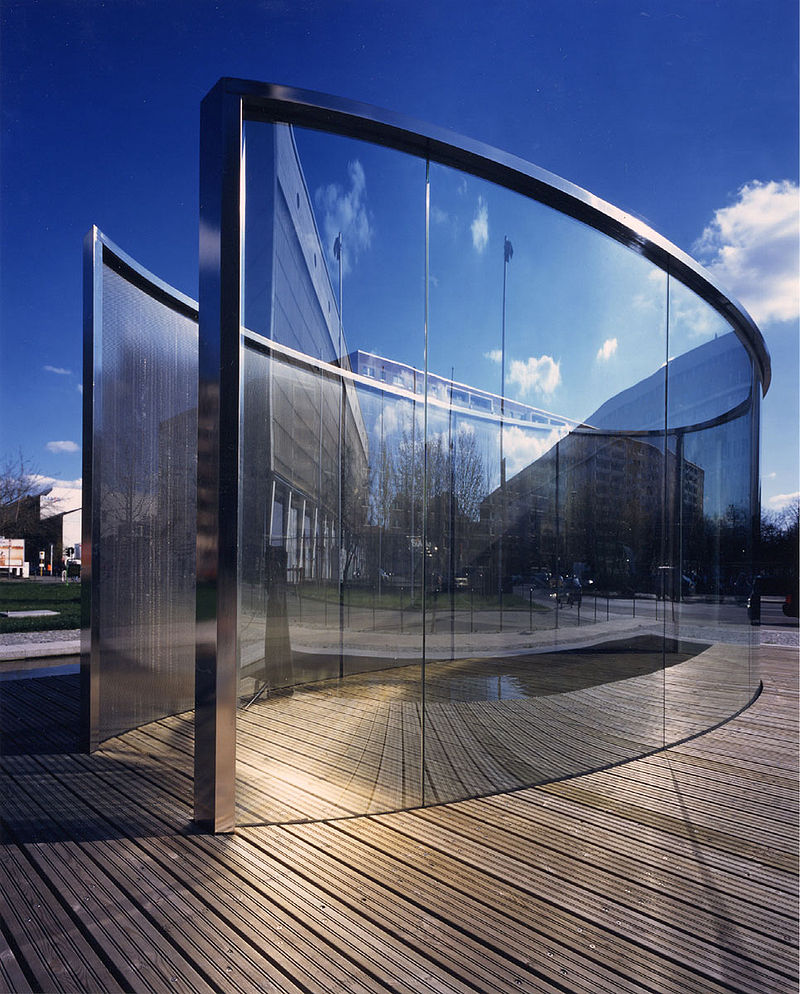 Glass is an element worthy of way more than drinking vessels and window panes. Glass is a marvelous medium for design, one that American artist Dan Graham excels in, as evidenced by his famed glass pavilions. Graham, who just exhibited in France in October 2015, including a piece on Le Corbusier’s Cité Radieuse rooftop at the Marseille Modulor art space and at Place Vendôme, is said to blur the lines where sculpture ends and architecture begins – or vice versa. Let’s take a tour of his highly conceptual pavilions for home inspiration; unless you have the means to commission Graham to build a glass sculpture for your city, museum or compound! 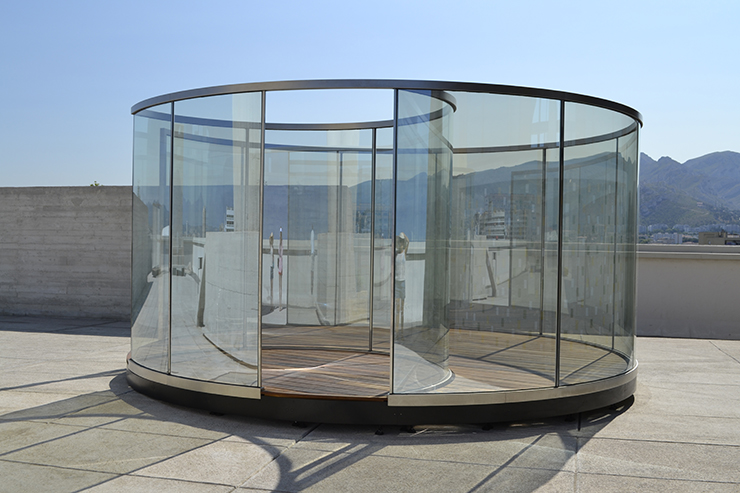 The multimedia talent got his start in the 1960s, and his pavilions span the globe from New York City to Rotterdam, The Netherlands, to Berlin, Germany and Brazil. In 2014, there was the Roof Garden Commission in collaboration with Swiss landscape architect Günther Vogt for The Metropolitan Museum of Art, a piece the Financial Times called “a mind-bending piece of walk-in sculpture.” There’s the Groovy Spiral (2013) and the Two-Way Mirror Cylinder Bisected By Perforated Stainless Steel (2011-2012), which Lisson Gallery describes as “instruments of reflection – visual and cognitive – [that] highlight the voyeuristic elements of design in the built world; poised between sculpture and architecture, they glean a sparseness from 1960s Minimalism.” 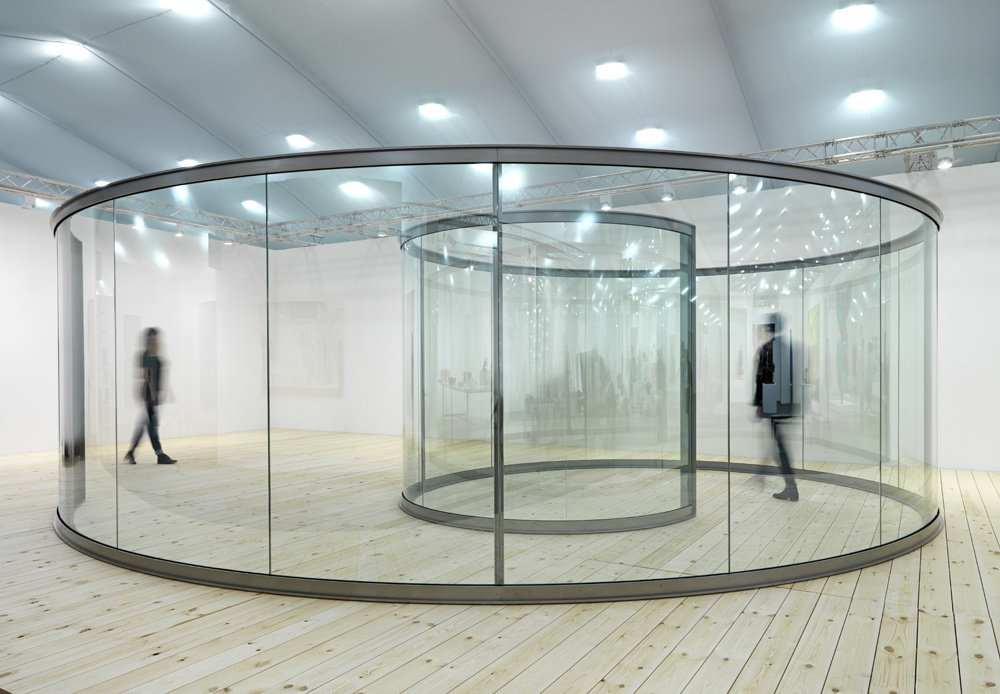 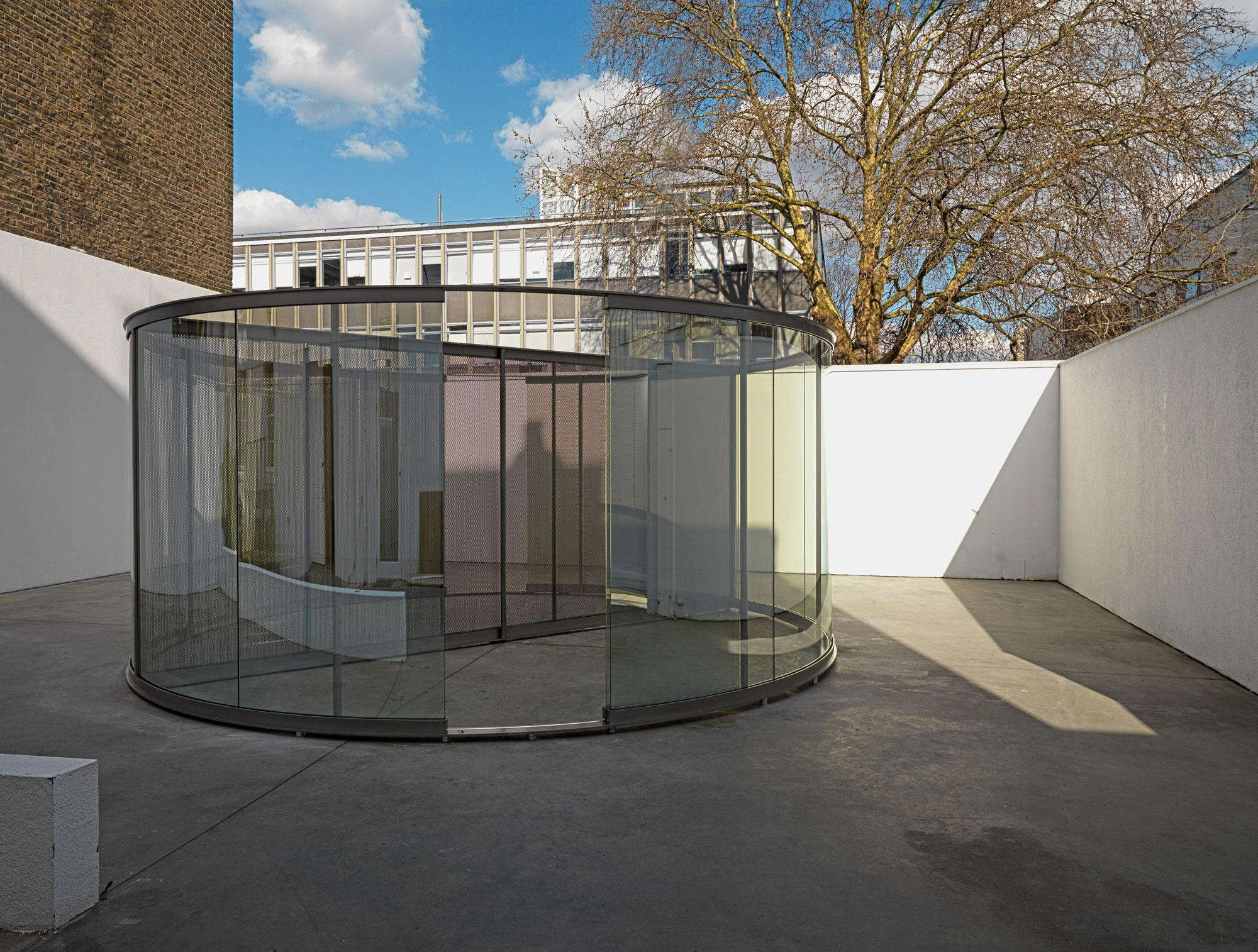 Continue reading below
Our Featured Videos
As mentioned above, 2015 saw the new Two Nodes in France (second image from top), while the Southern German city of Stuttgart has his Gate of Hope (1993), a walkable glass pyramid or kaleidoscope that plays with the viewer’s perception of him or herself as well as others and the environment. Also in Germany, there’s his pavilion at Heizkraftwerk Berlin-Mitte (see image at the top) and in Brazil, the Bisected Triangle, Interior Curve (2002). 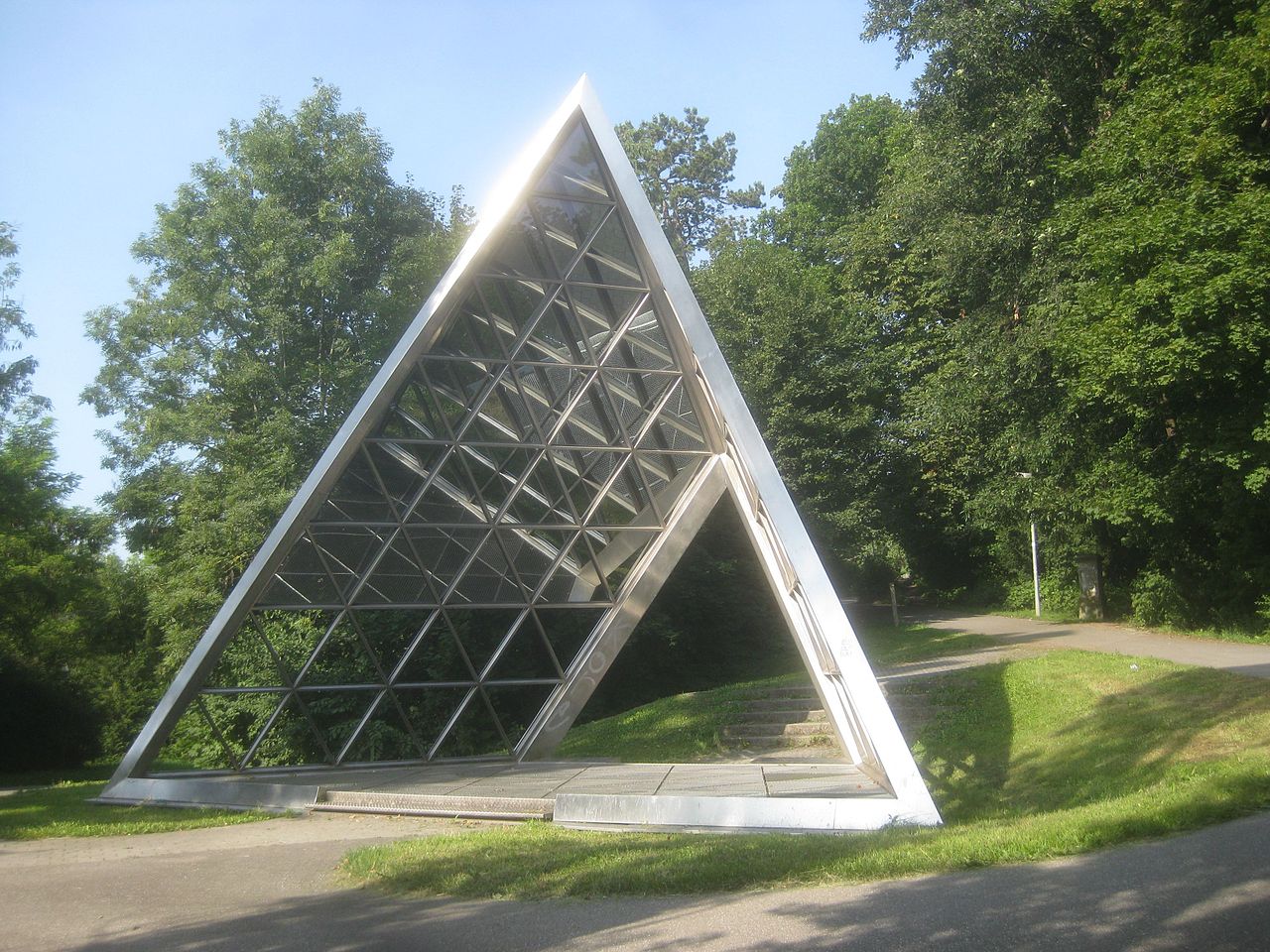 Dan Graham is a self-taught artist worth knowing. Born in 1942 in Illinois, his art career started in 1964 at John Daniels Gallery in NYC. His oeuvre is vast, besides some 50 realized glass pavilions – which he began in the 1980s, there’s sculpture, installations, video, film, photography and critical essays. An appreciable aspect of his work is that his pavilions are entirely public, created for the public and as a tangible experience that plays with optics and disorients the viewer to question perception. Yes, the work is highly conceptual, but ultimately deeply human. Ironically, in a 2012 interview, Graham adamantly insisted: “I don’t think I do pavilions. No, that’s an idea that gallerists have, they say: ‘do a pavilion.” I don’t do a pavilion.’ … ‘My work is closer to Russian Constructivism. It’s halfway between design, art, and functional architecture.’” 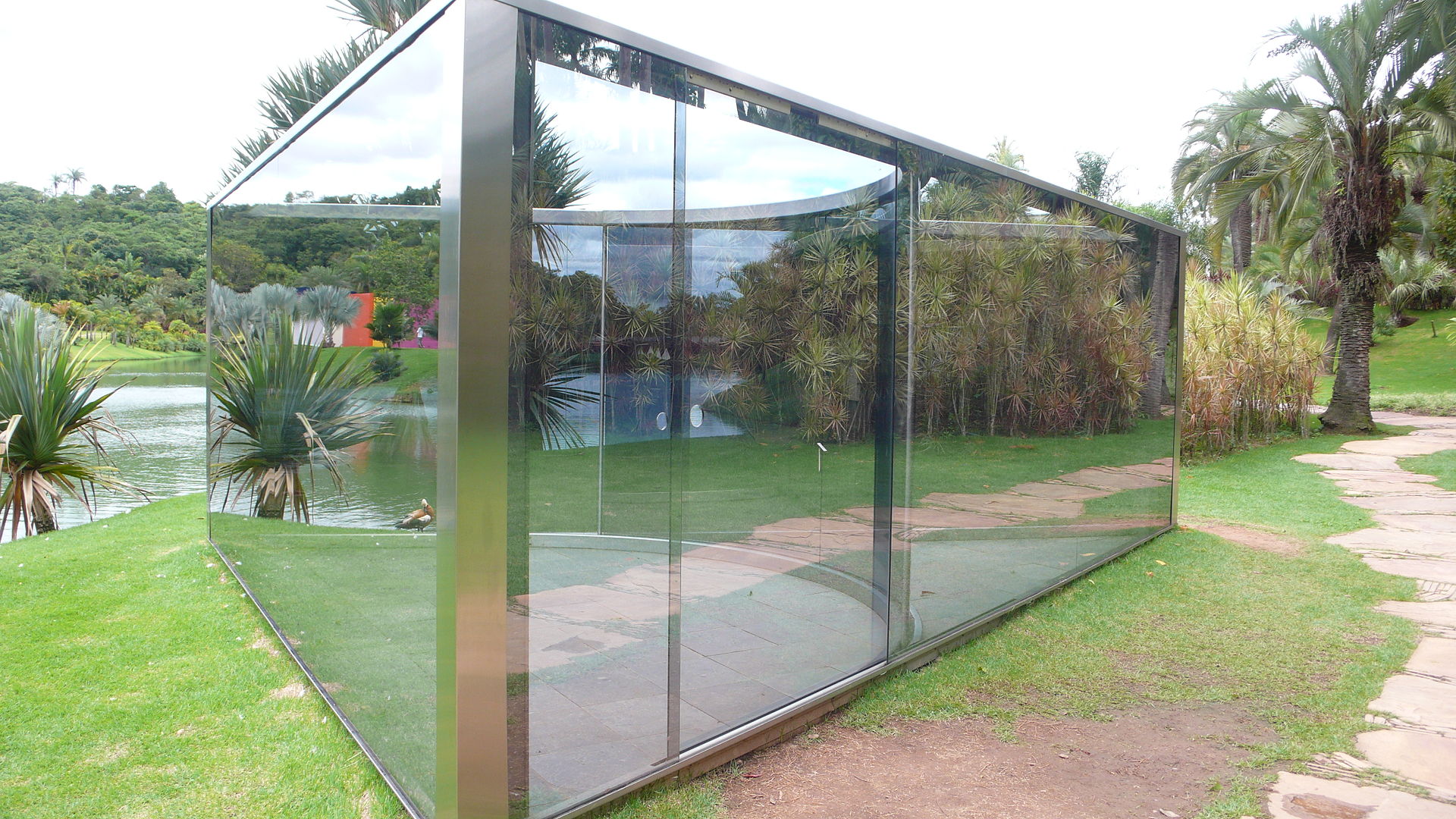 Inspired to go transparent? An outdoor glass pavilion can certainly add a sculptural yet functional touch to your home landscape, even if you cannot get the master of glass pavilions to create it for you.