Comfort is subjective in the furniture industry. What’s cozy for one person might be totally unpleasant for another. A cushy sofa might be just right for a person with two strong legs and good knees, but that same sofa would be terrible for someone with bad knees, causing them to sink deeper and deeper in as they attempted to get up.

About five years ago, Canadian designer Stéphane Leathead set out to create a chair that would be universally comfortable to all people. The result was Exocet. 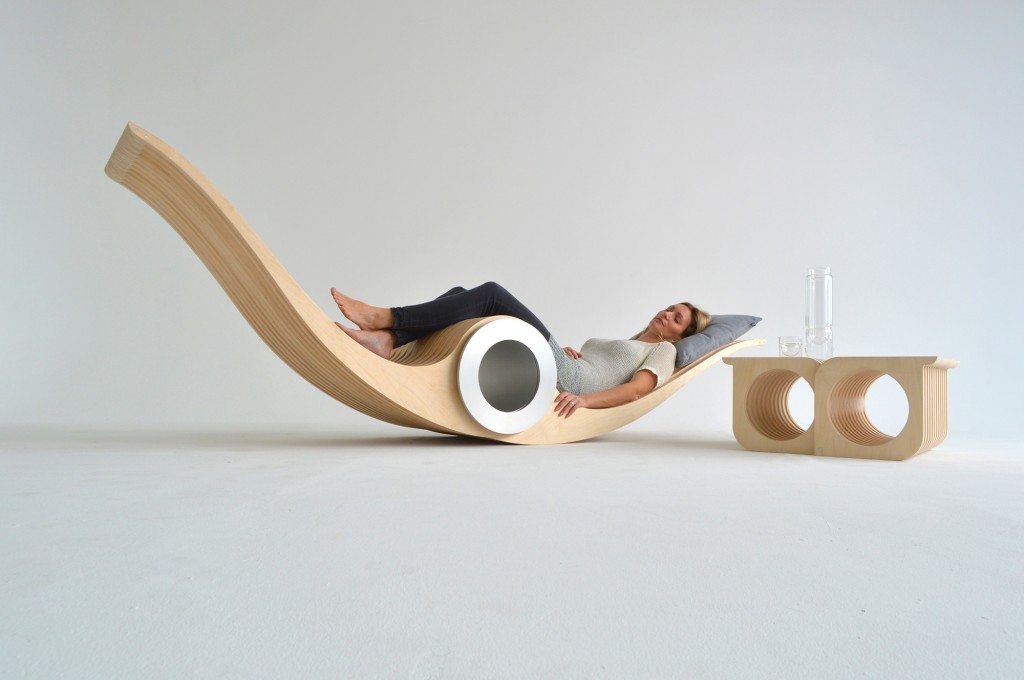 A chair that looks very much from the future (or at the very least, from outer space), the Exocet is a piece of furniture that transforms into whatever you need in the moment. Turn it into a standard chair, rocking hammock, poolside lounger, bench, or back-to-back floor seat. At the center of the chair is an anodized aluminum wheel that holds together the two pieces of Russian plywood that comprise its design. Both of these parts are similar to the tines of a fork, capable of seamlessly rotating through each other’s slots when lifted by two people. In order to move the parts, pressure must released from the wheel and then reapplied when the desired form is achieved. 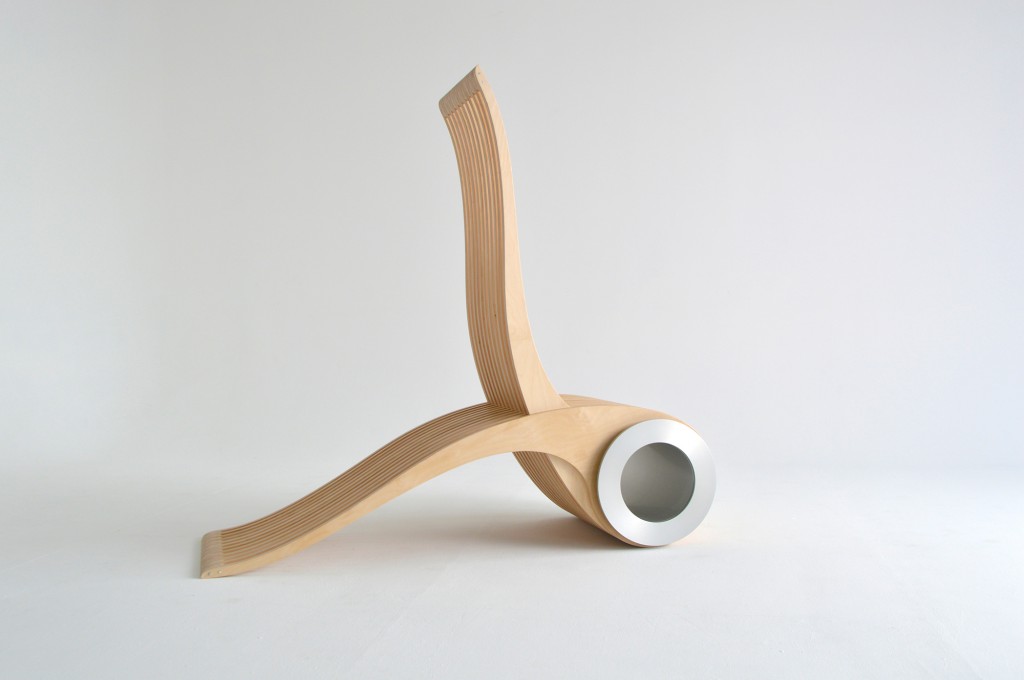 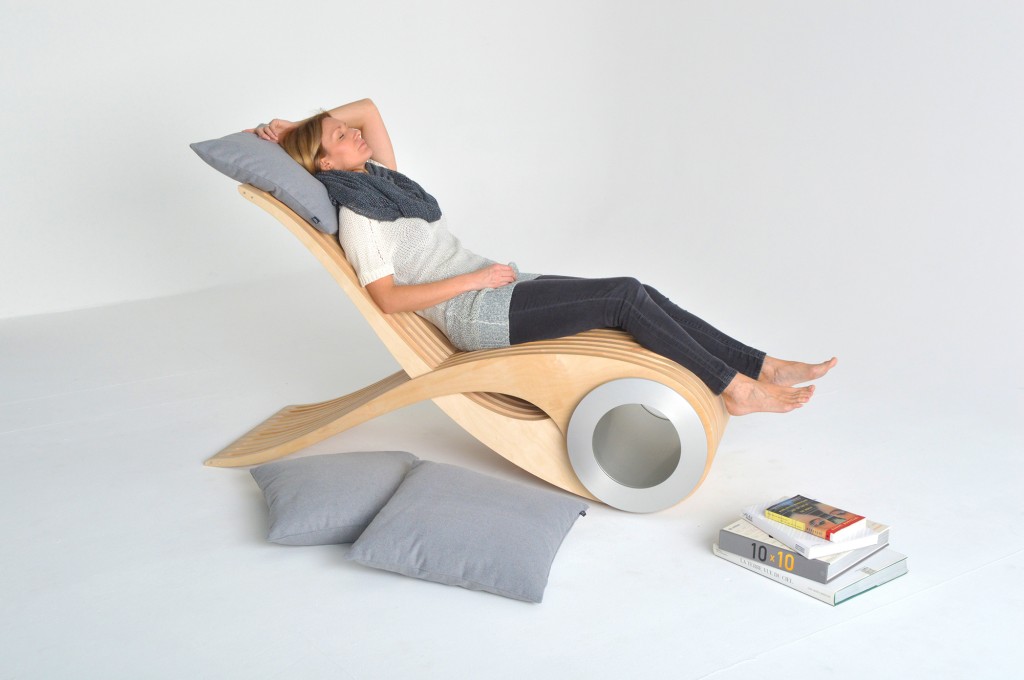 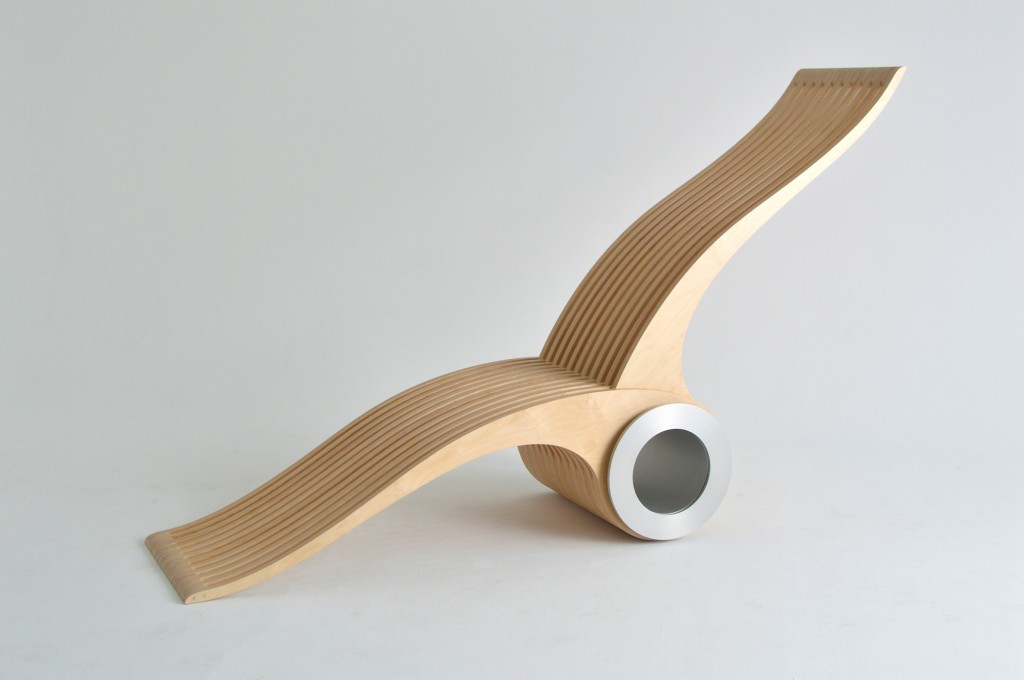 The length and height of the Exocet vary depending on its configuration. Only the width stays the same at just over 24 inches. When formed into a standard chair, it’s 60 inches long and 48 inches tall. As a floor chair, it’s 18 inches tall. But its largest dimensions are easily as a rocking chair, when it measures 86 inches long by 24 inches tall. 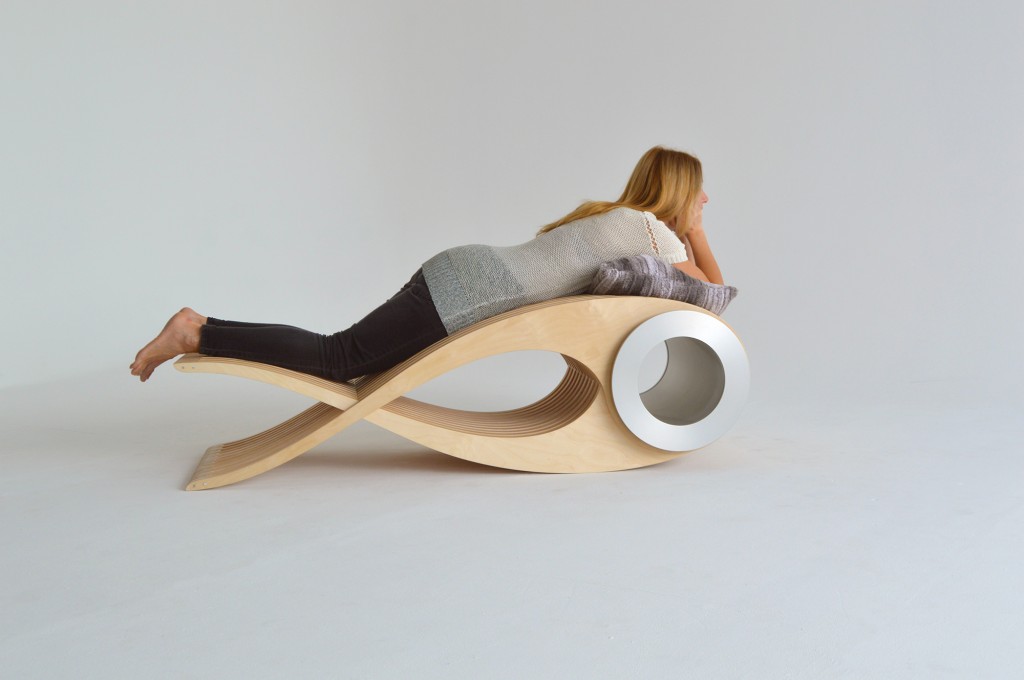 Back in July of 2014, Leathead began thinking about designing a chair that would offer the user more than three back positions. From the outset of the project, he knew that the chair had to be able to rock, since everyone from newborns to nonagenarians enjoys rocking, and that it had to have curves. Leathead also wanted it to be easy to manipulate, which meant it had to have a minimalist design. Within a month of first having the idea, he completed a working prototype, which he then exhibited at Toronto’s Interior Design Show in January 2015.

“When configured as a lounge chair, it looks like a fish,” described Leathead when he won the 2015 A’ Design Award in Milan. “The Exocet name became obvious when I realized I could combine the “X” and the “O” to create one possible configuration. Exocet is the name of the flying fish.” 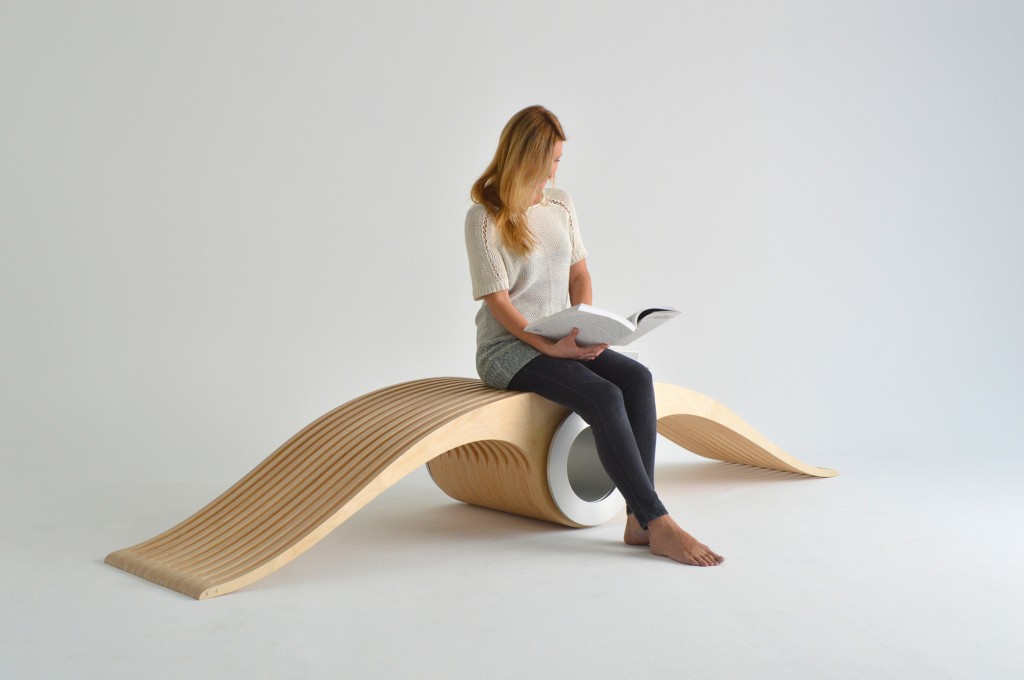 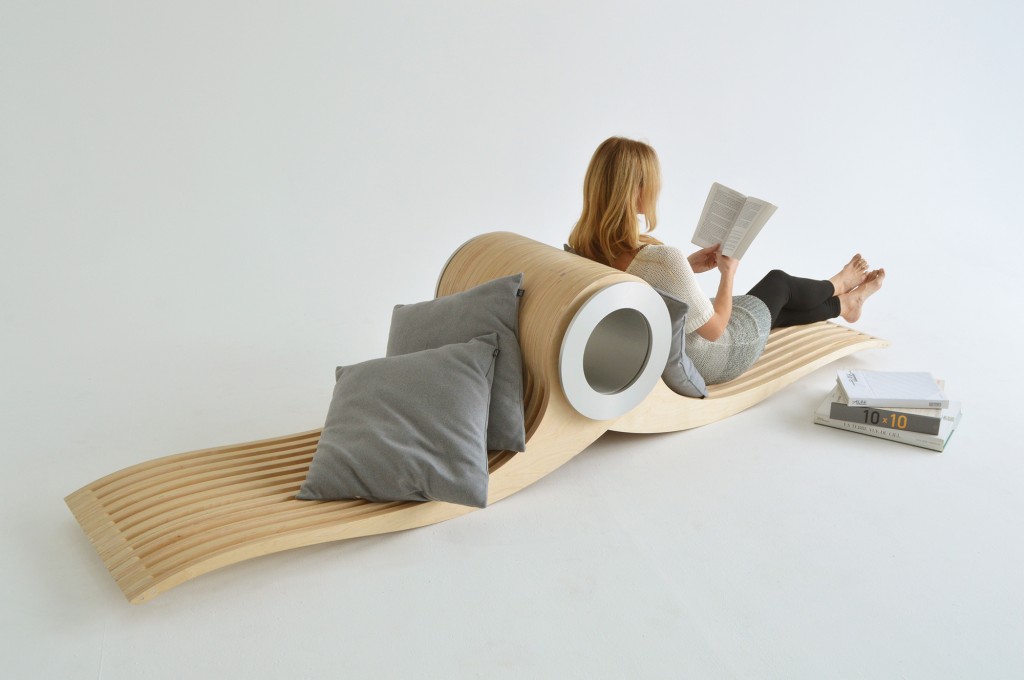 Critical acclaim for Leathead’s design came quicker than expected. On top of winning in Milan, he also won the Coup de Coeur Sidim Award in Montreal and the K-Design Award in Seoul. To be clear, it’s not like Leathead was a seasoned furniture designer at this time. The Exocet chair was his first-ever creation. His multifunctional furniture went from idea to prototype to winning awards in an unbelievable span of just 12 to 18 months.

More recently, Leathead was in Toronto at the 2019 edition of Interior Design Show, where he once again had Exocet on display. Visitors were coming up to his booth asking about the chair, trying it out for themselves, taking photos, and observing others lounging in it. Suffice it to say that the novelty has not at all worn off yet.