British architect Norman Foster (of Foster + Partners fame) has just released his concept video for his firm’s latest master plan: an entirely purpose built, sustainable, urban utopia in India’s Andhra Pradesh. The new state capital, Amaravati, will be a fine example of architects focusing on urban planning and creating spaces where everything has a purpose. 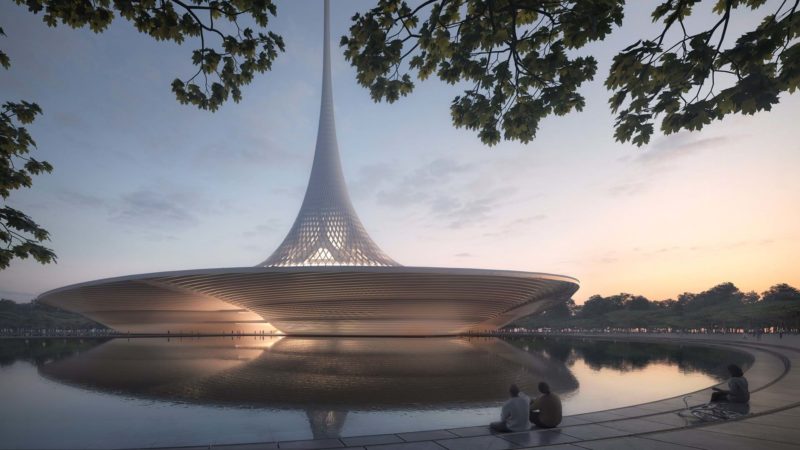 Architecture and nature will be fused together to create a harmonious living and work environment that people from all walks of life will be able to enjoy and benefit from. Clay-colored buildings will cover the city to create a picturesque scene, adorned with trees and foliage to harness the natural magic of India’s landscapes. Running through the center of “the people’s capital” is a long park encompassing a needle-like building, which itself will host the central government of Andhra Pradesh — the firm’s version of a “city centerpiece.” 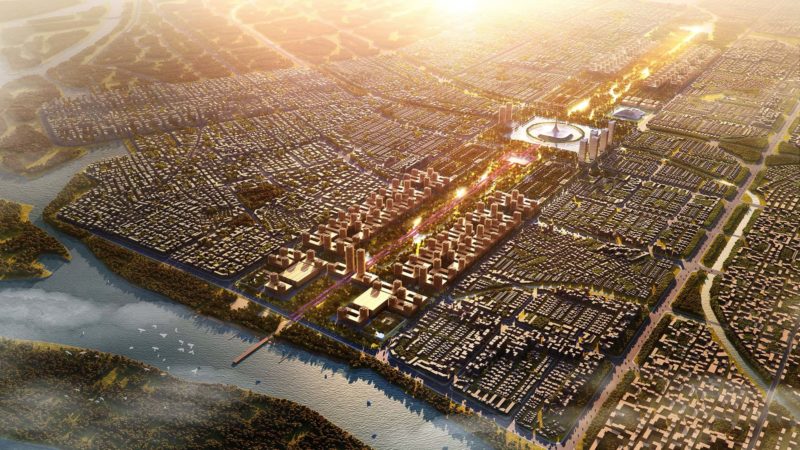 Situated by the river Krishna, Amaravati will span 217 square kilometers, with at least 60 percent of the city dedicated to creating green spaces, including a set of lakes and rivers that have been meticulously designed to interweave throughout the urban sprawl in order to provide its inhabitants with fresh water. Water taxis, electric car routes, bicycle paths, and covered walkways have all been incorporated to encourage future citizens to walk (or at least use public transport) rather than drive when navigating the city. For these reasons, Amaravati is one of the world’s first truly sustainable cities.

Of course, the task of developing an entire city has placed a lot of responsibility on the firm, but the creative freedom that comes with such a paramount and influential project has also allowed Foster to break and rebuild boundaries that only a select few have ever been allowed to experiment with. The ambitious project was first reported to have been awarded to Foster’s firm back in January 2017, after they won a contest for their initial design of the central building. 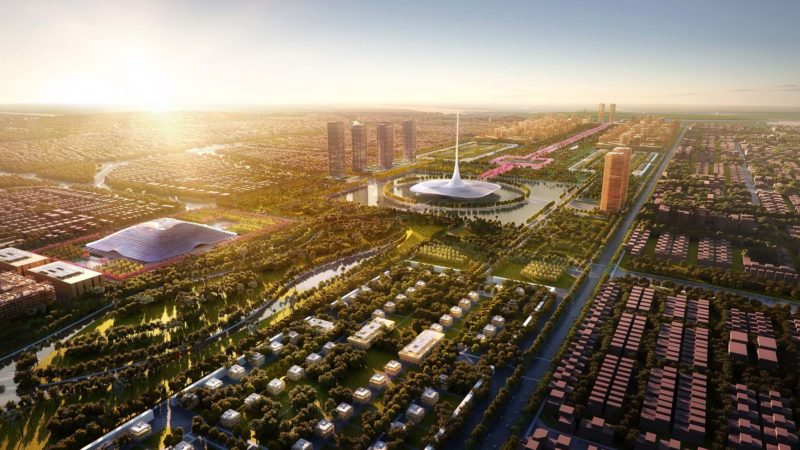 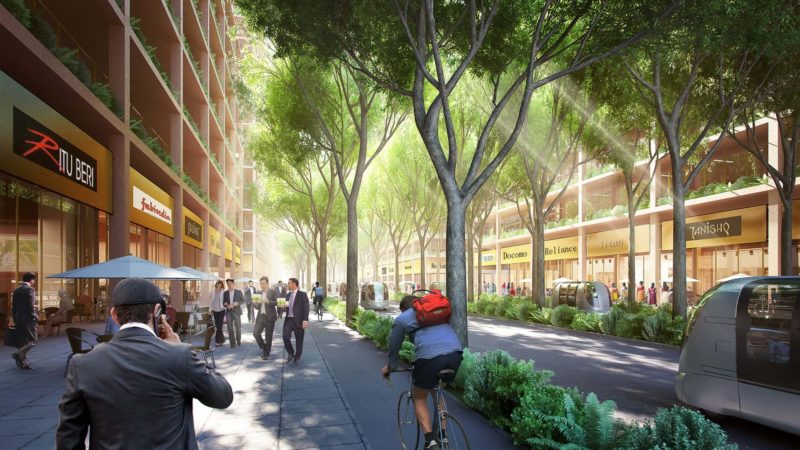 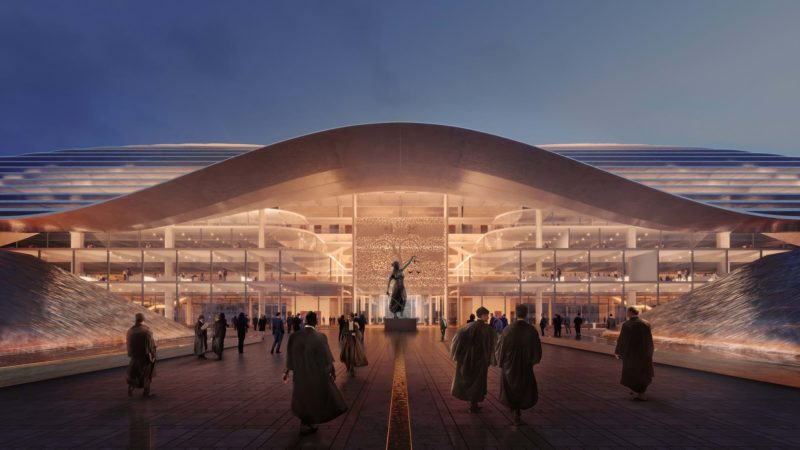 Last week saw the unveiling of the official proposals. Set to cost $15 billion USD (or £11.2 billion GBP) to erect, the project will undoubtedly be one of steady growth, with news reports already commenting on the slow process of actually enacting the blueprints. But since the current village of Amaravati houses dusty farmlands, primitive dirt roads, and half-finished civic projects, it shouldn’t be any surprise that this new city’s development will take some time!

Locals fear that the developers’ initial promise to have the city housing “3.5 million dwellers” within the next five years isn’t so realistic — especially given the project’s lengthy timeline. Three years after President Narendra Modi laid the cornerstone for the government building, work still hasn’t seemed to exceed the planning stage. One political analyst even commented: “Nothing much has happened on the ground in Amaravati. It is still more dream than reality.”

Naturally, questions have arisen as to whether Foster’s sustainable fantasy will ever come to fruition for the people of India. Delving into the firm’s back catalog of civic projects, you’ll find that their execution and longevity in innovative builds remains unquestionable in terms of success. Foster + Partners’ work has been heralded all over the world, from their renovation of the Reichstag in Berlin to those of the Nazarbayev Center in Kazakhstan and the Treasury Building in the UK. 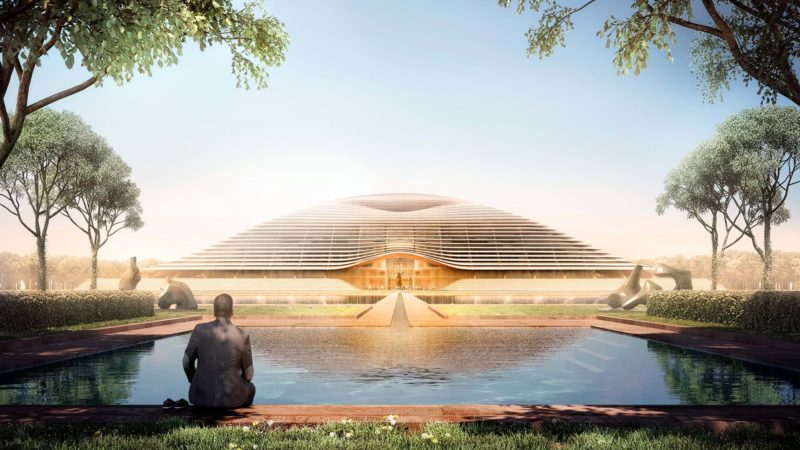 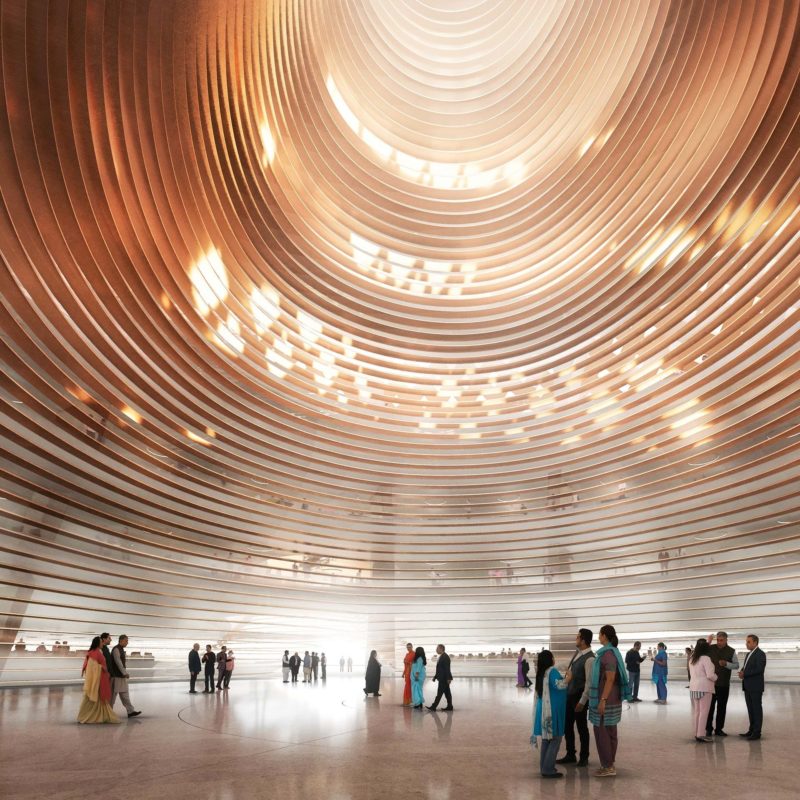 From libraries and public forums to labyrinthine office spaces and government buildings, the firm’s ability to devise and remodel diverse and dynamic structures that hold such ornamental power over the places they’re in lies in their unrivaled talent for fusing luxury and cutting-edge design. So keep your eyes on this space!